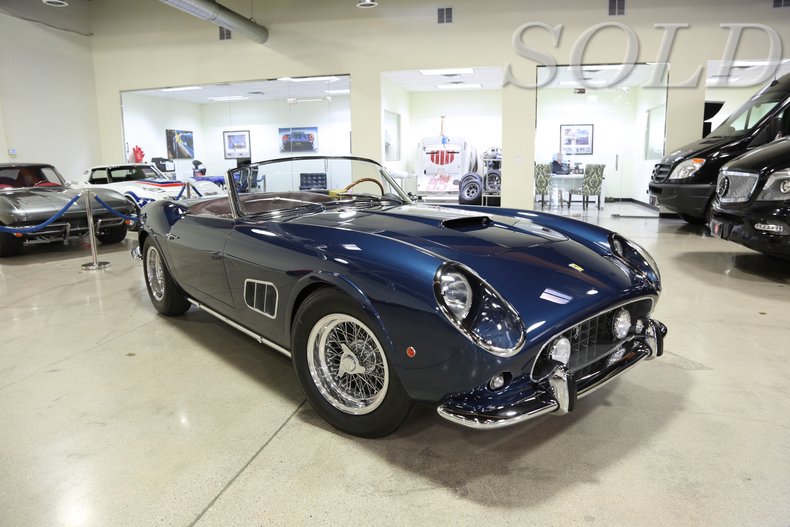 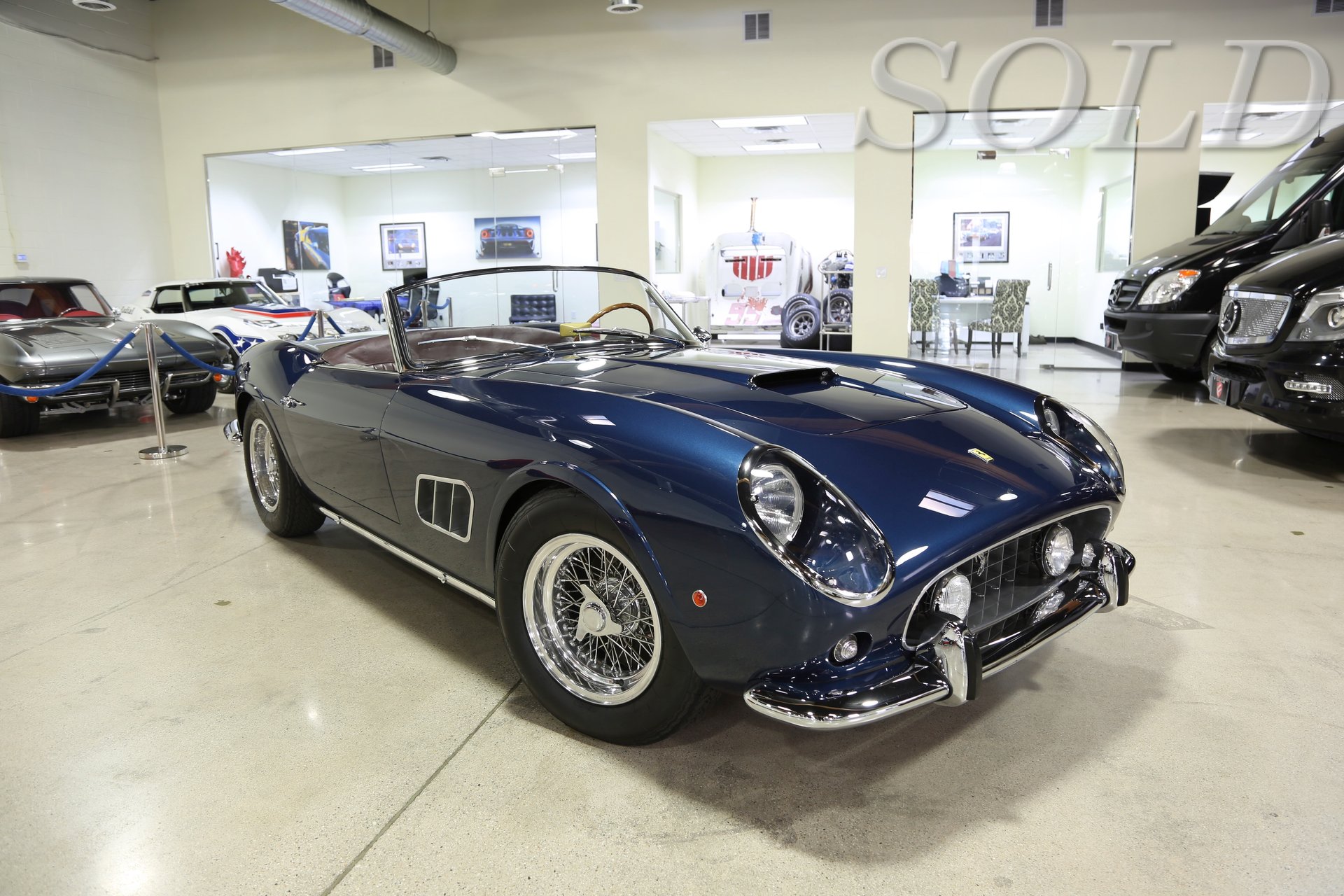 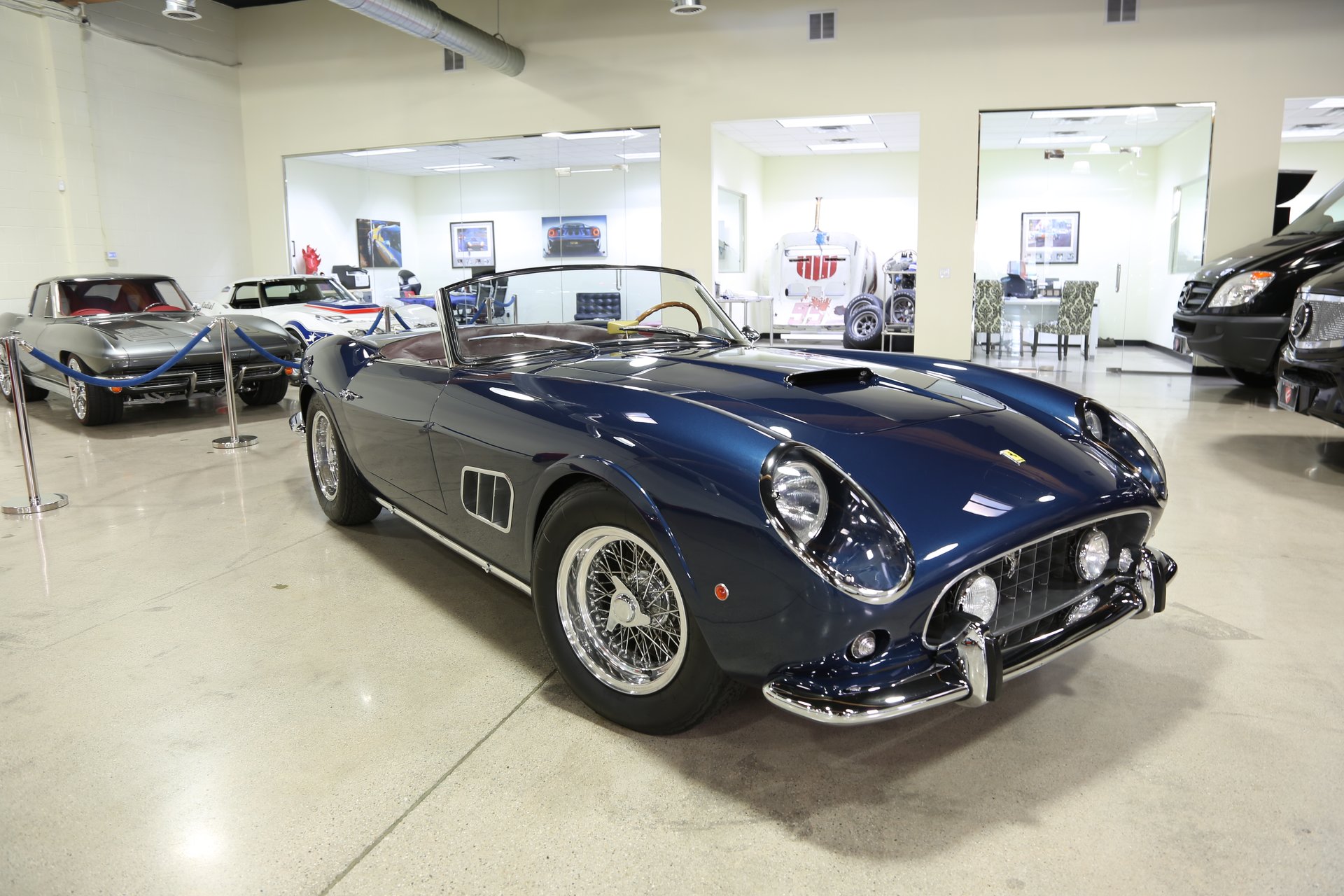 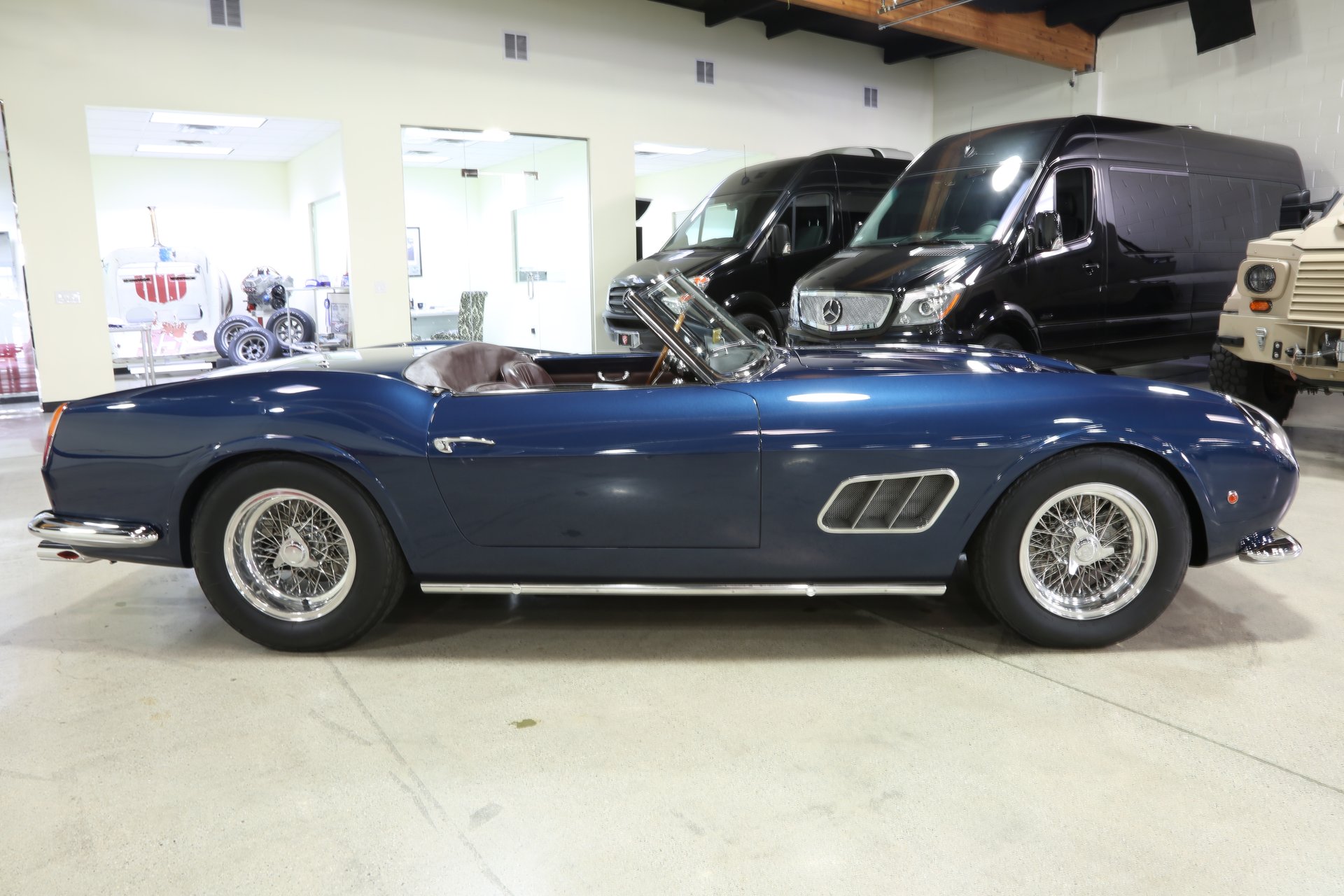 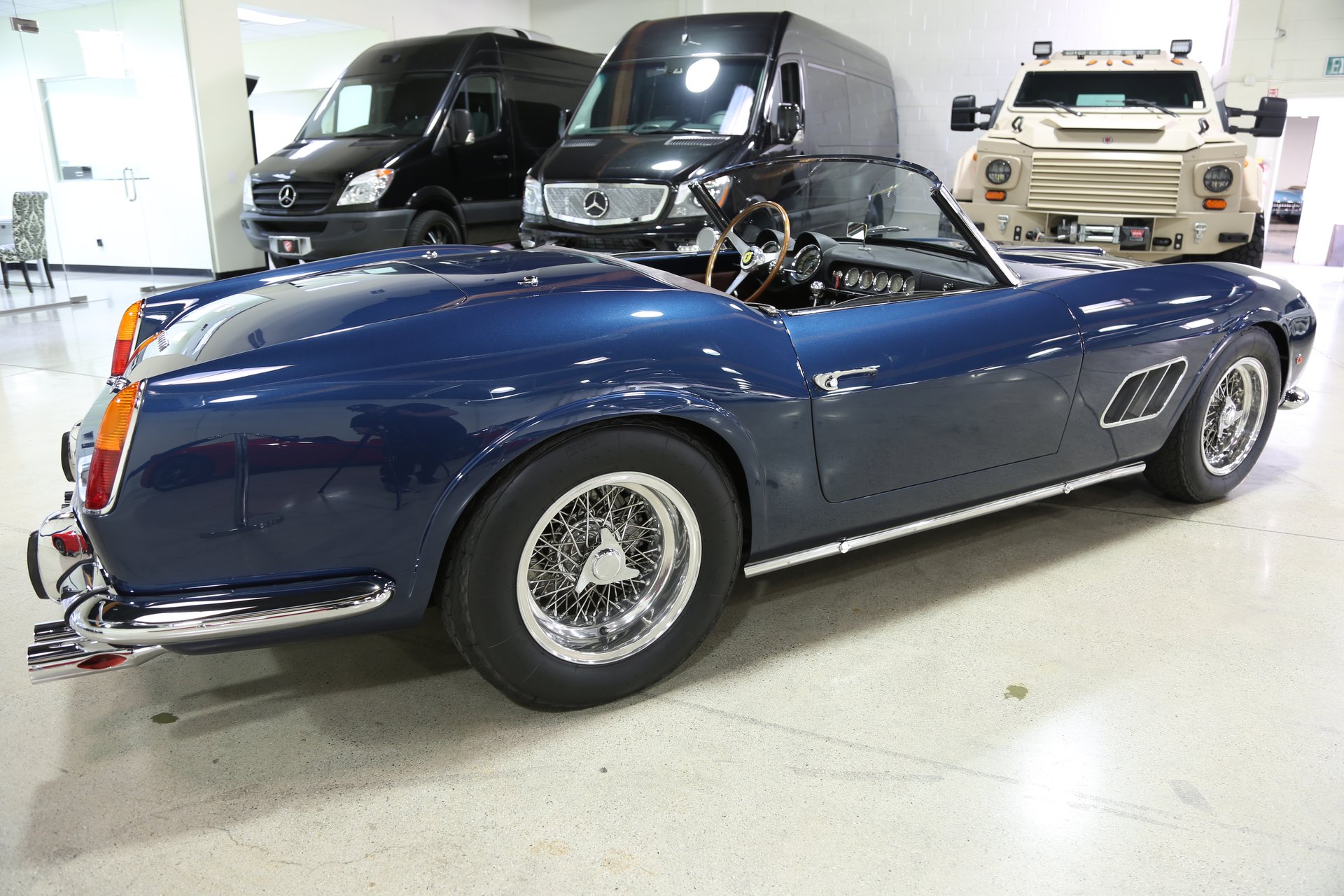 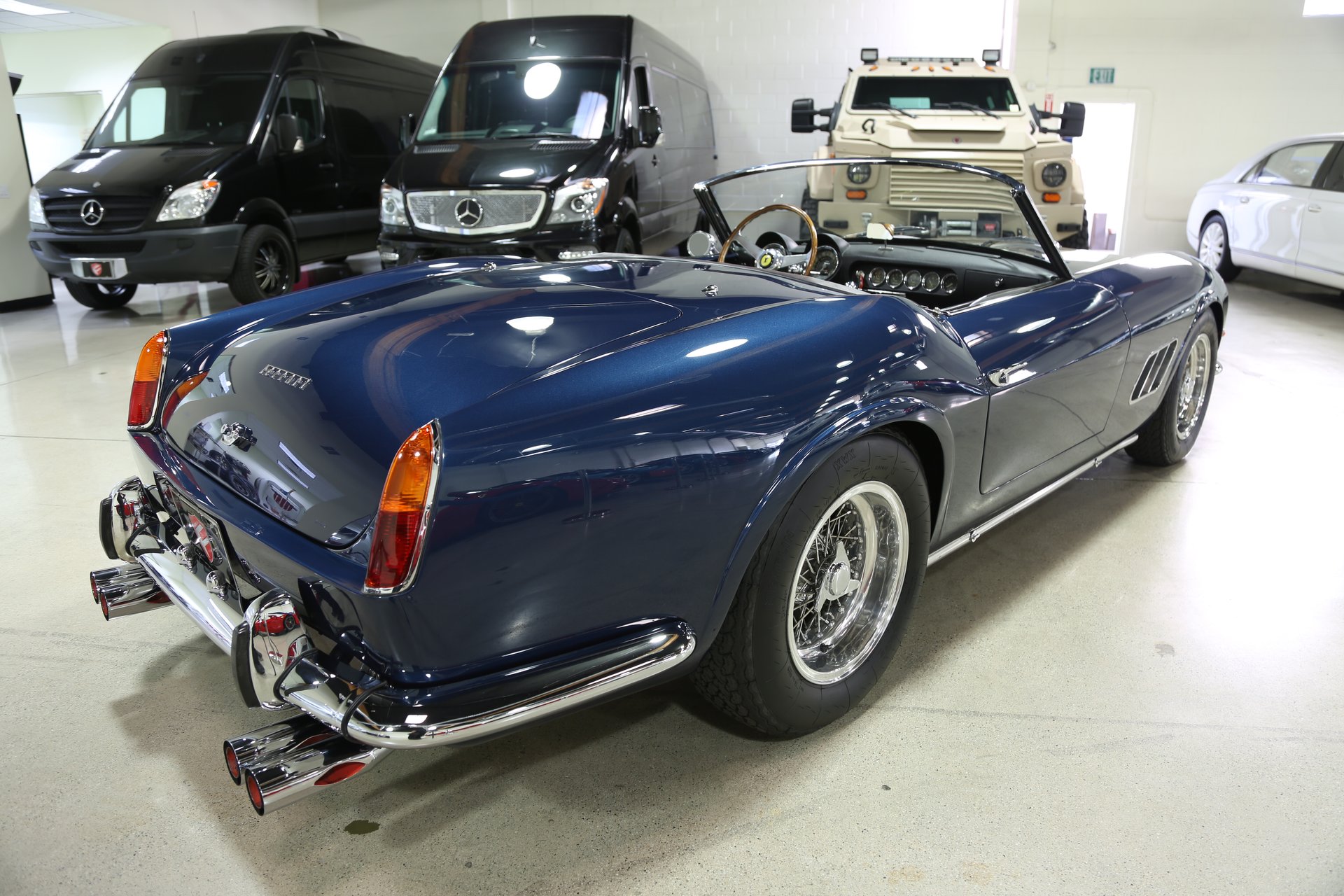 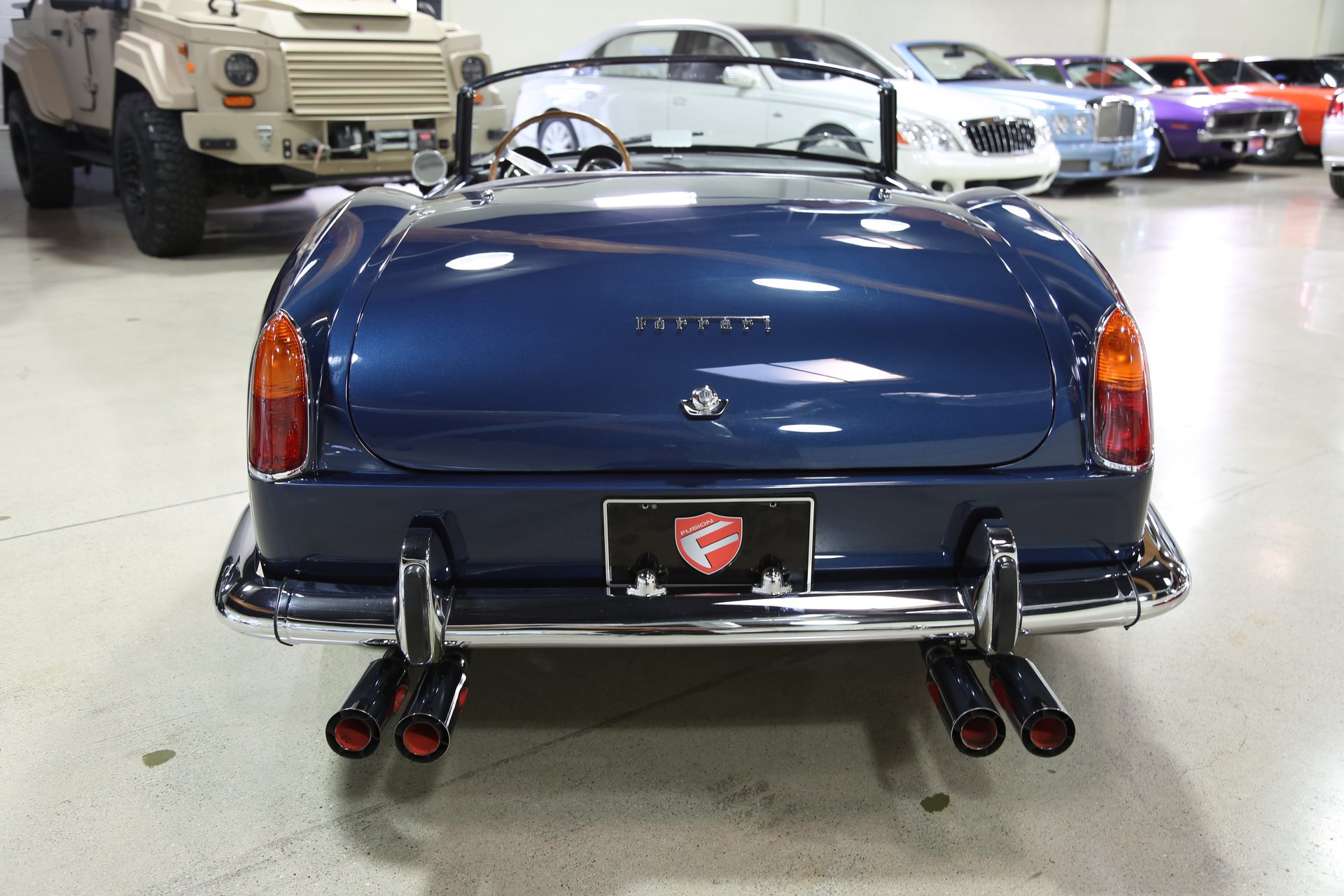 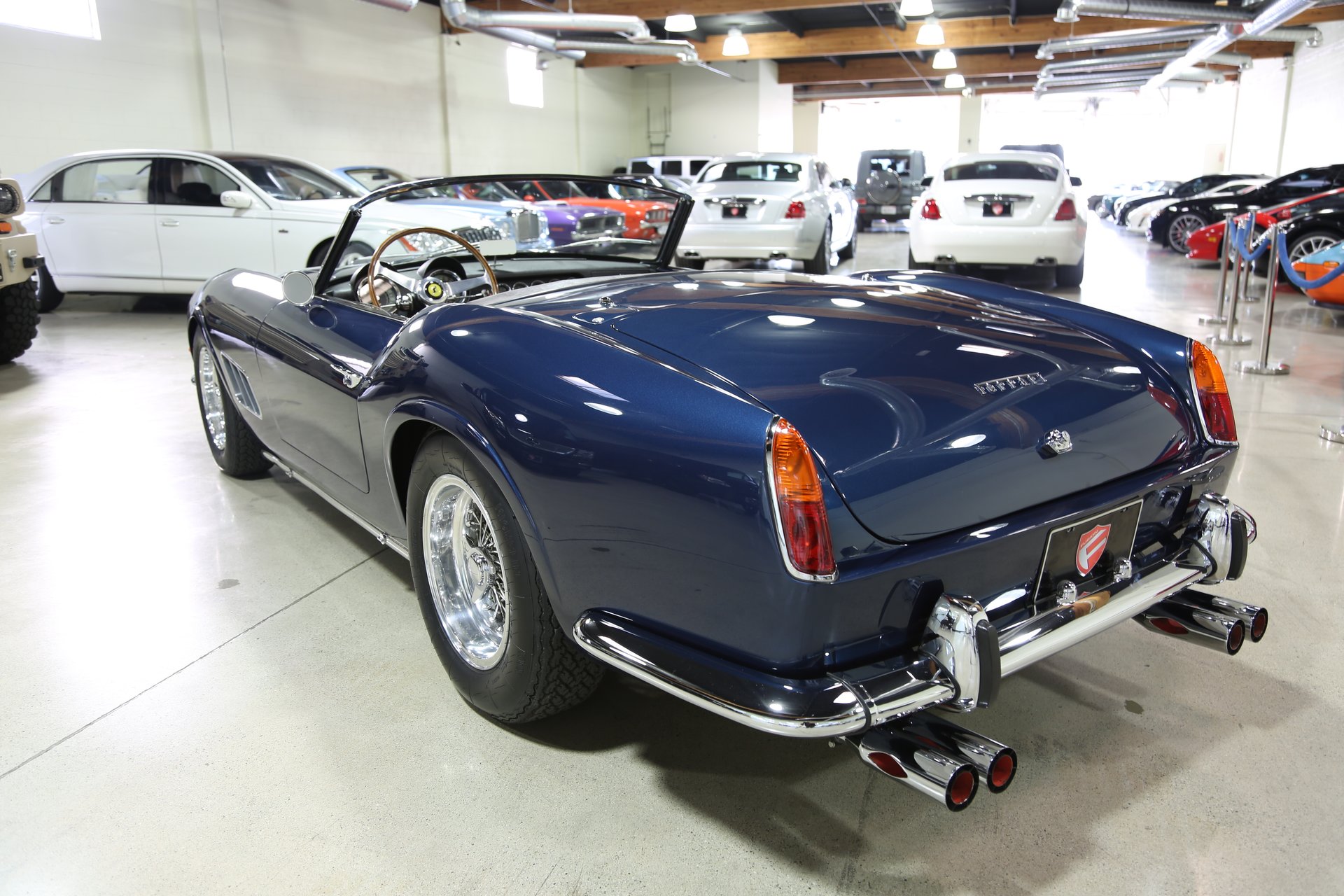 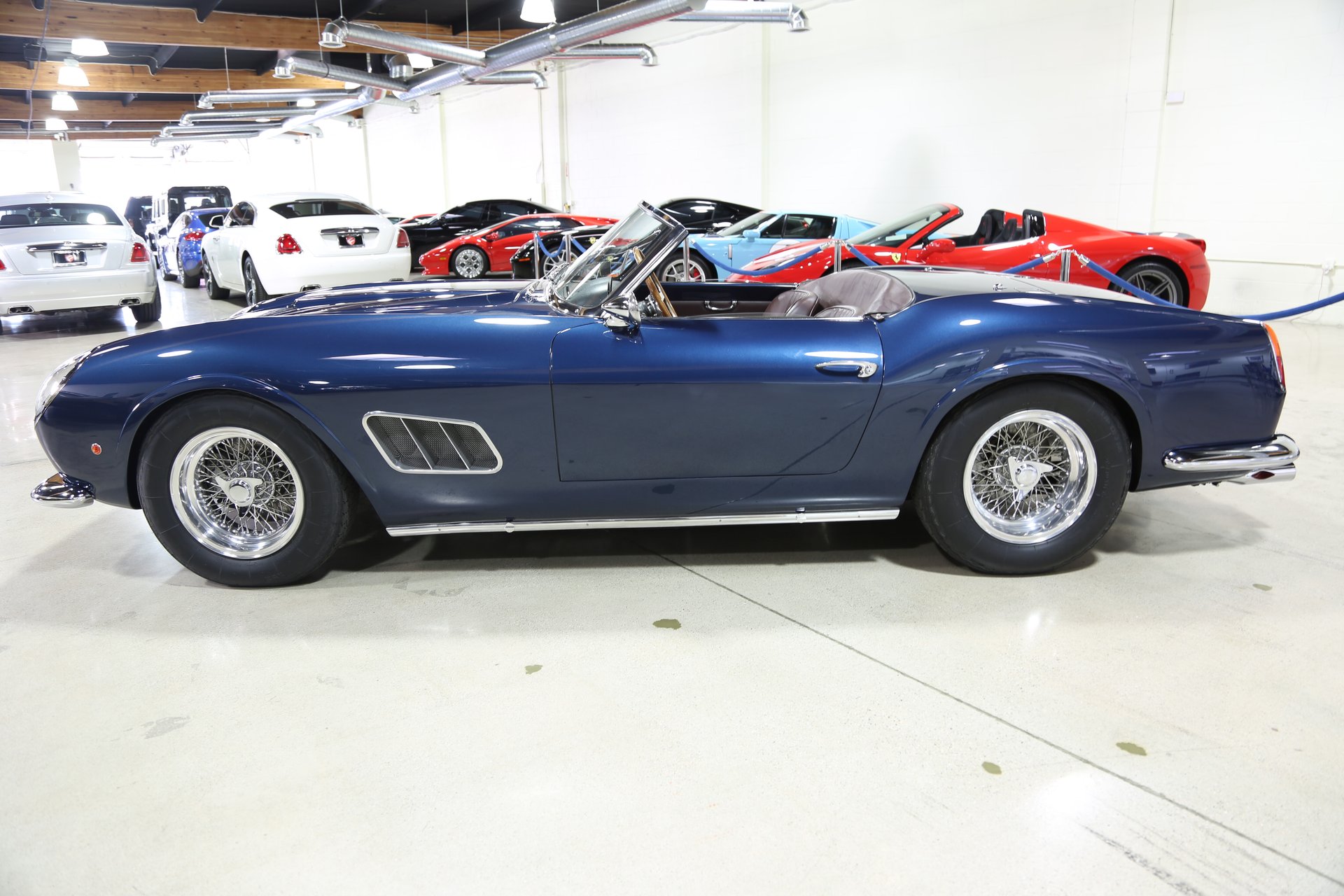 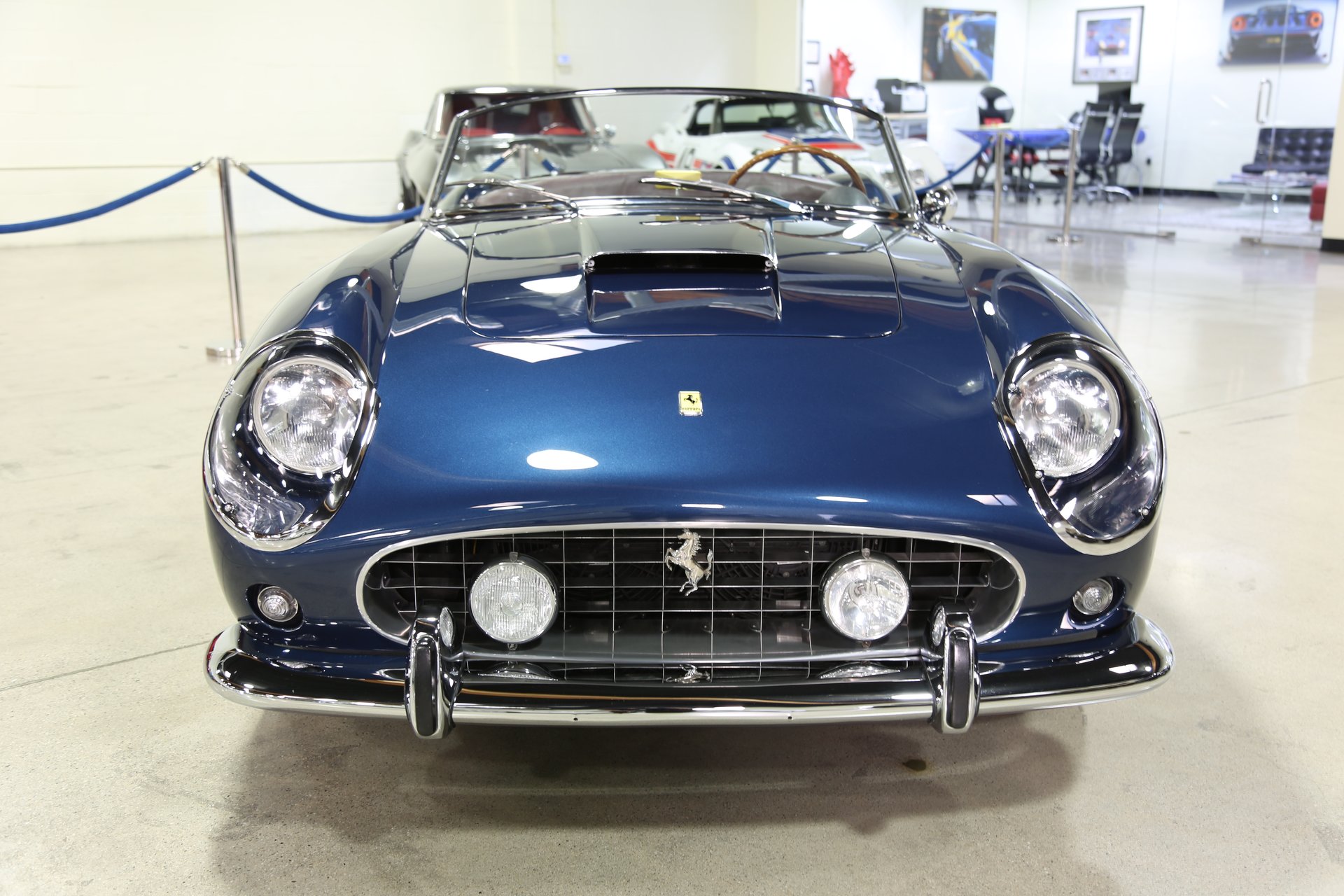 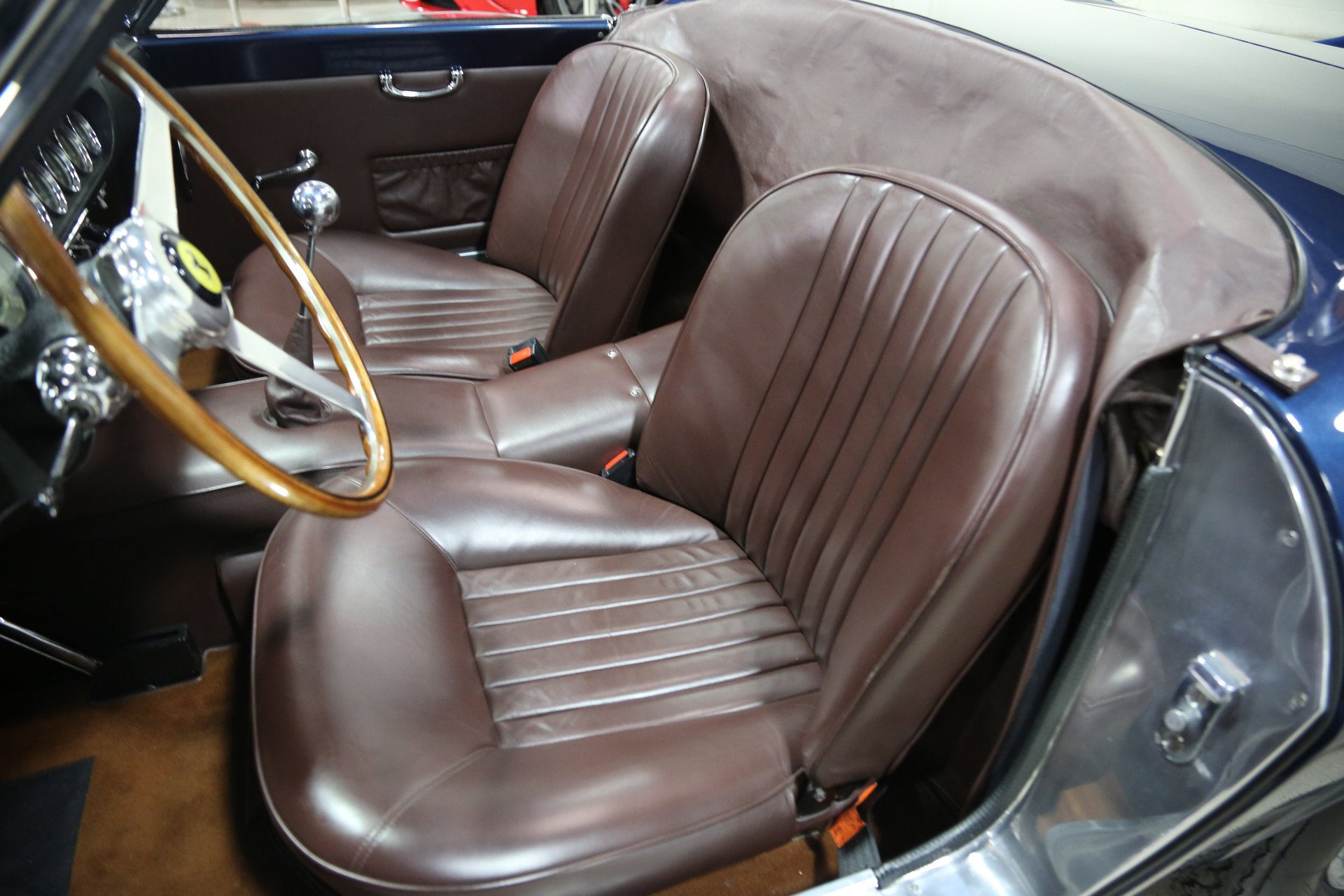 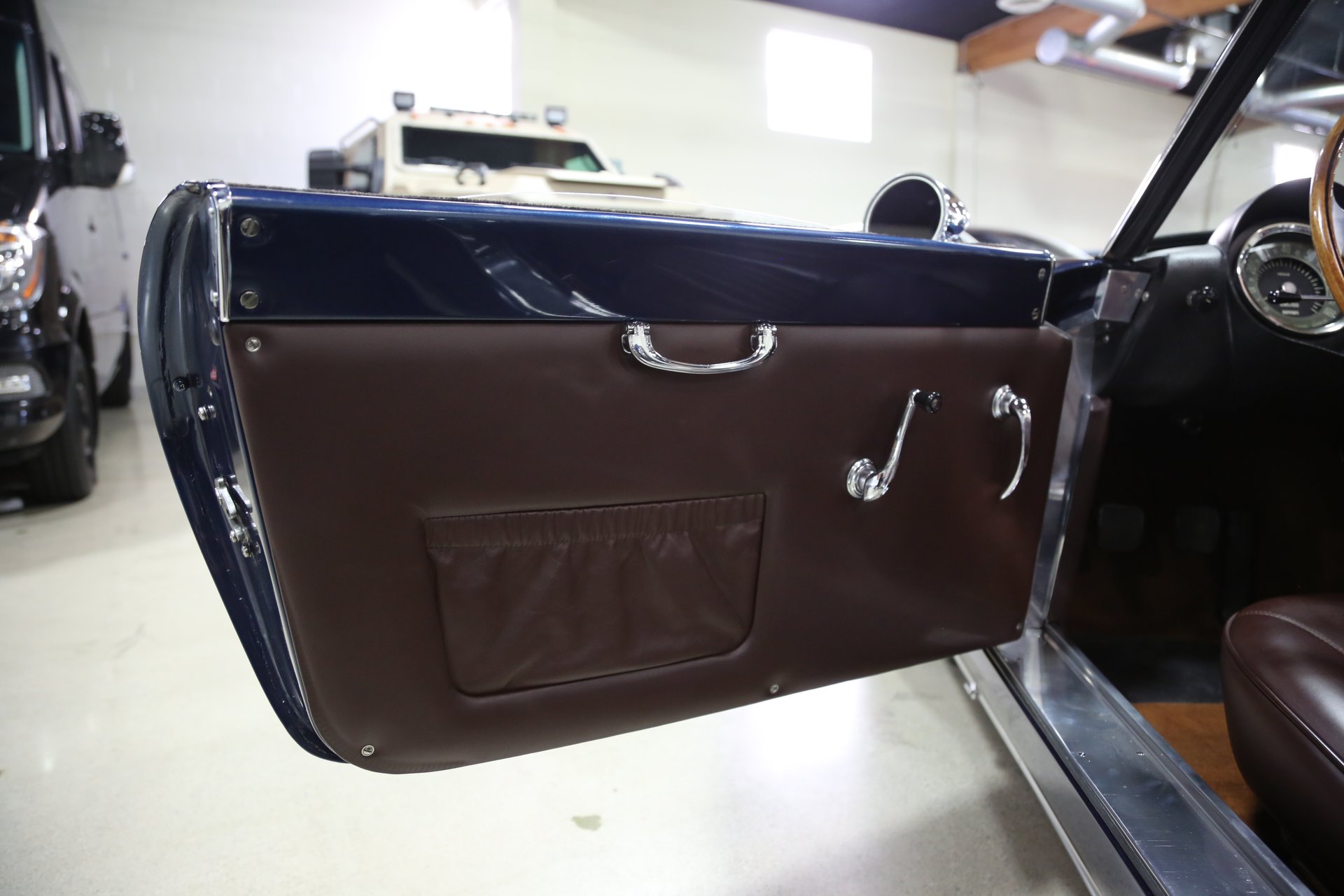 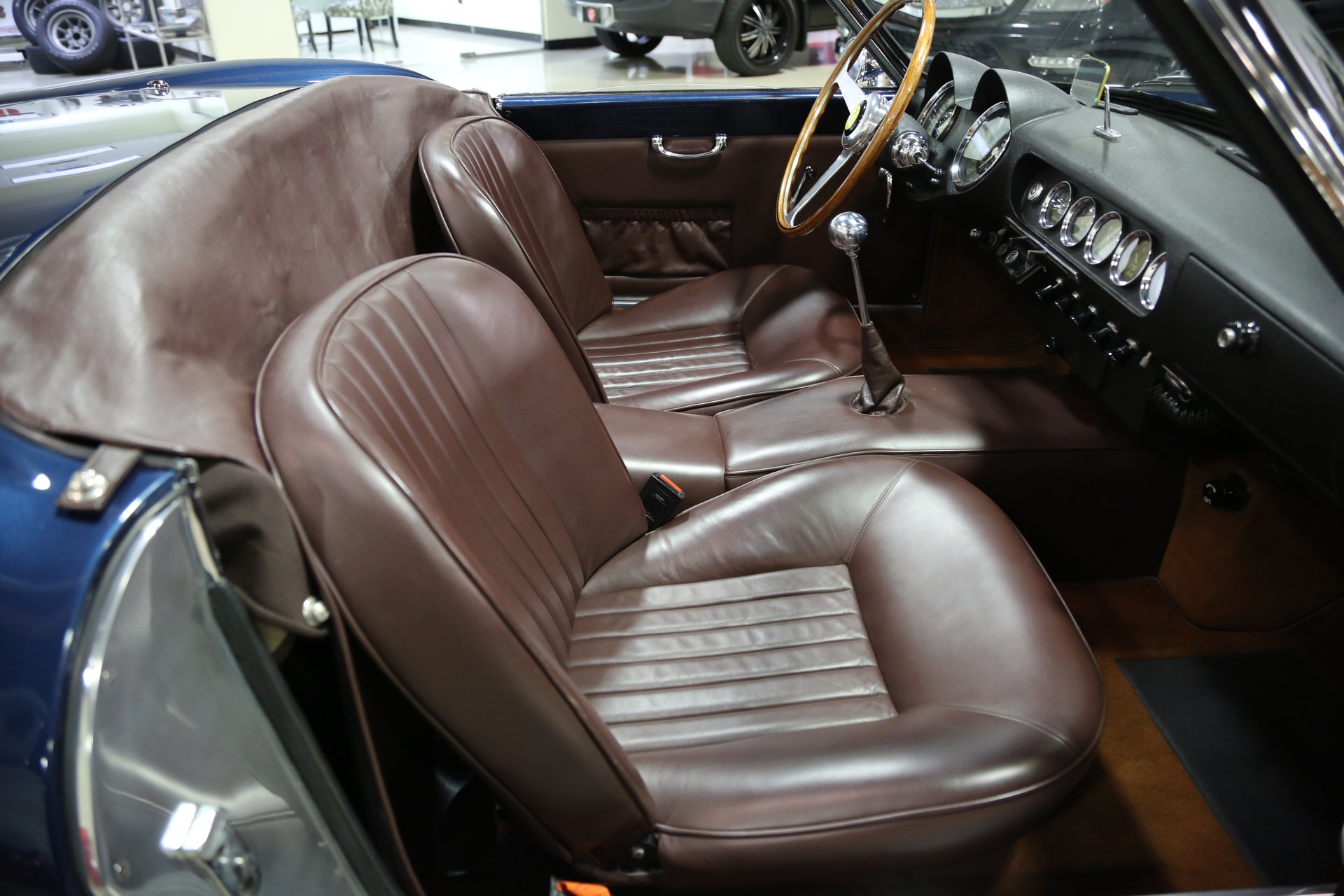 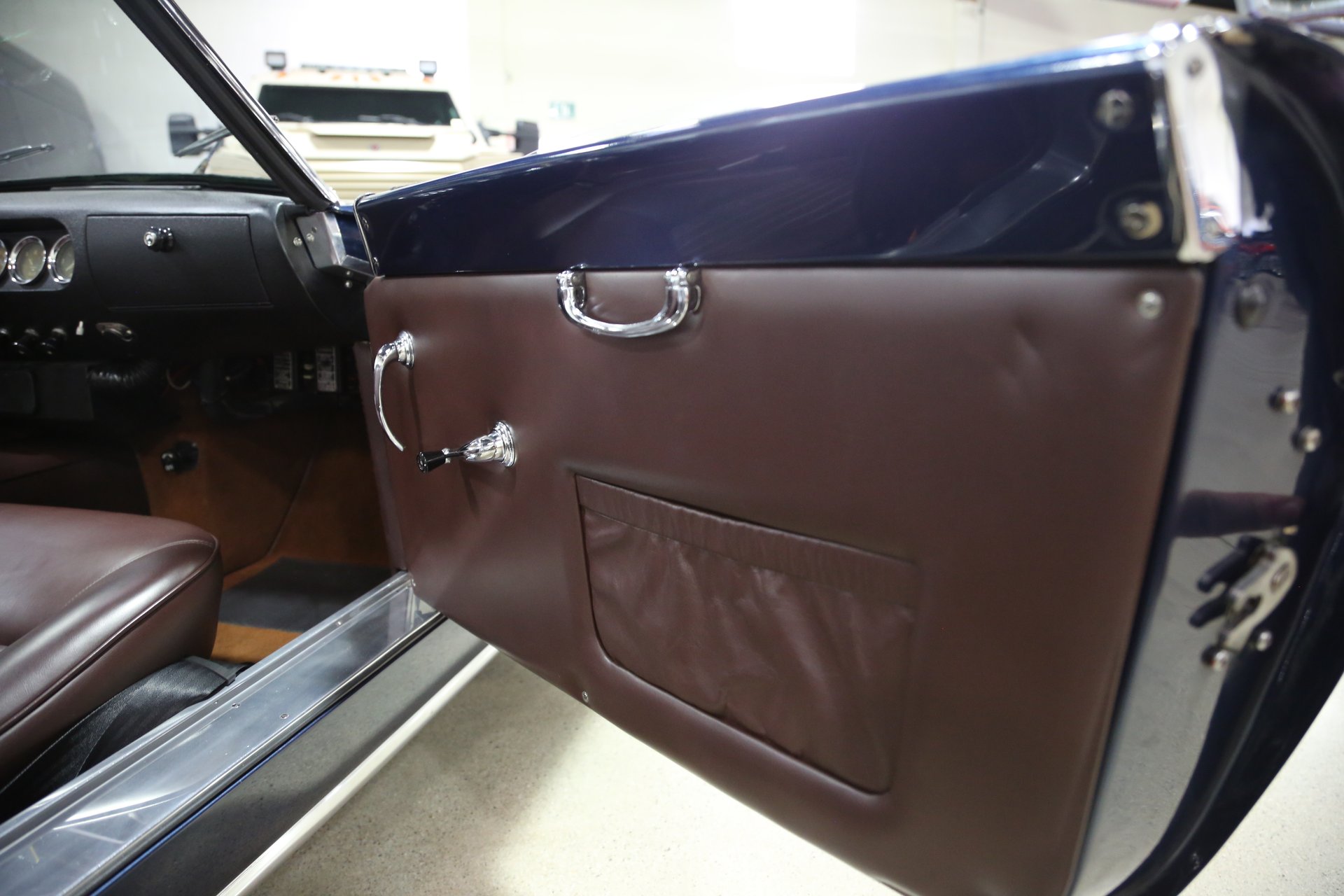 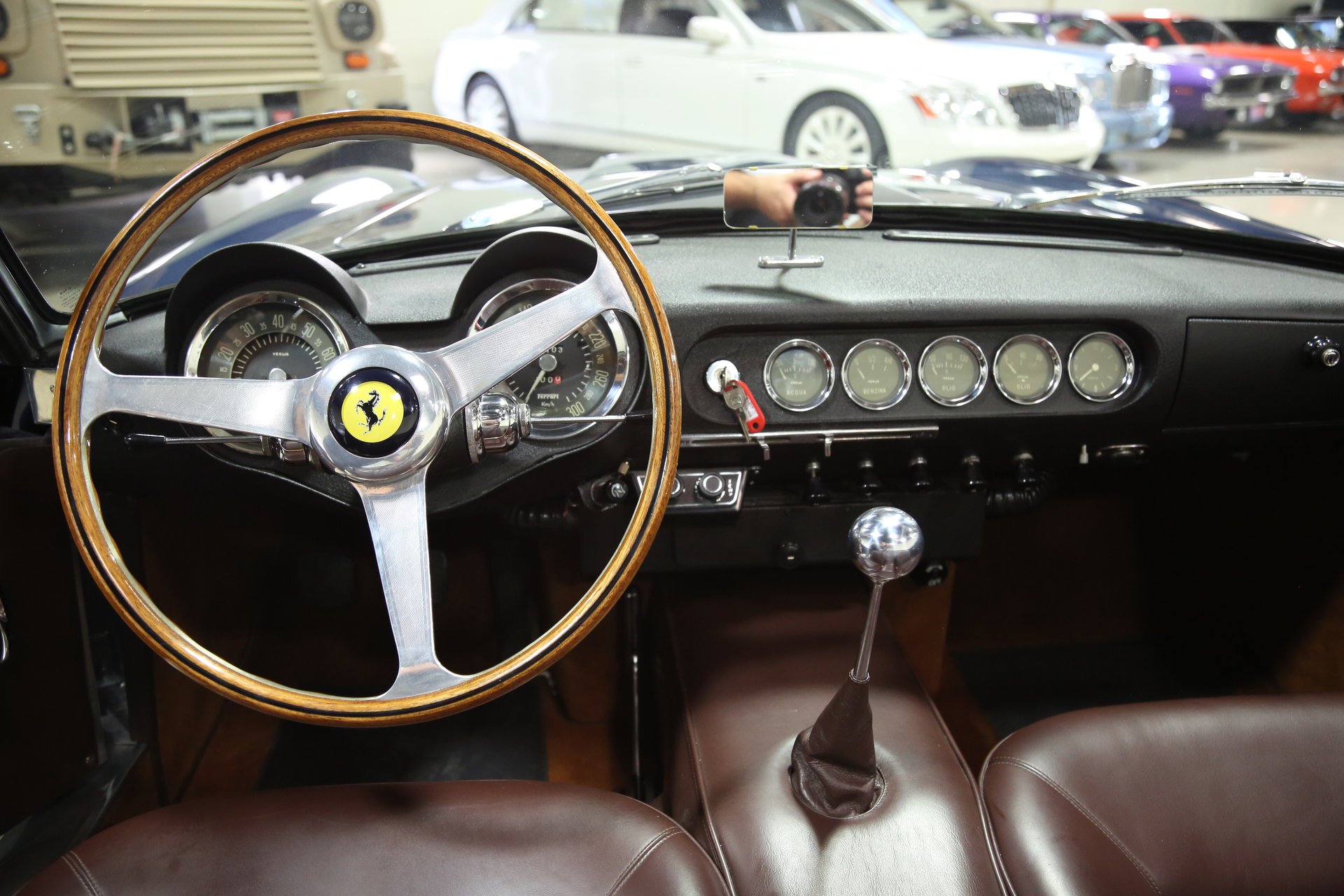 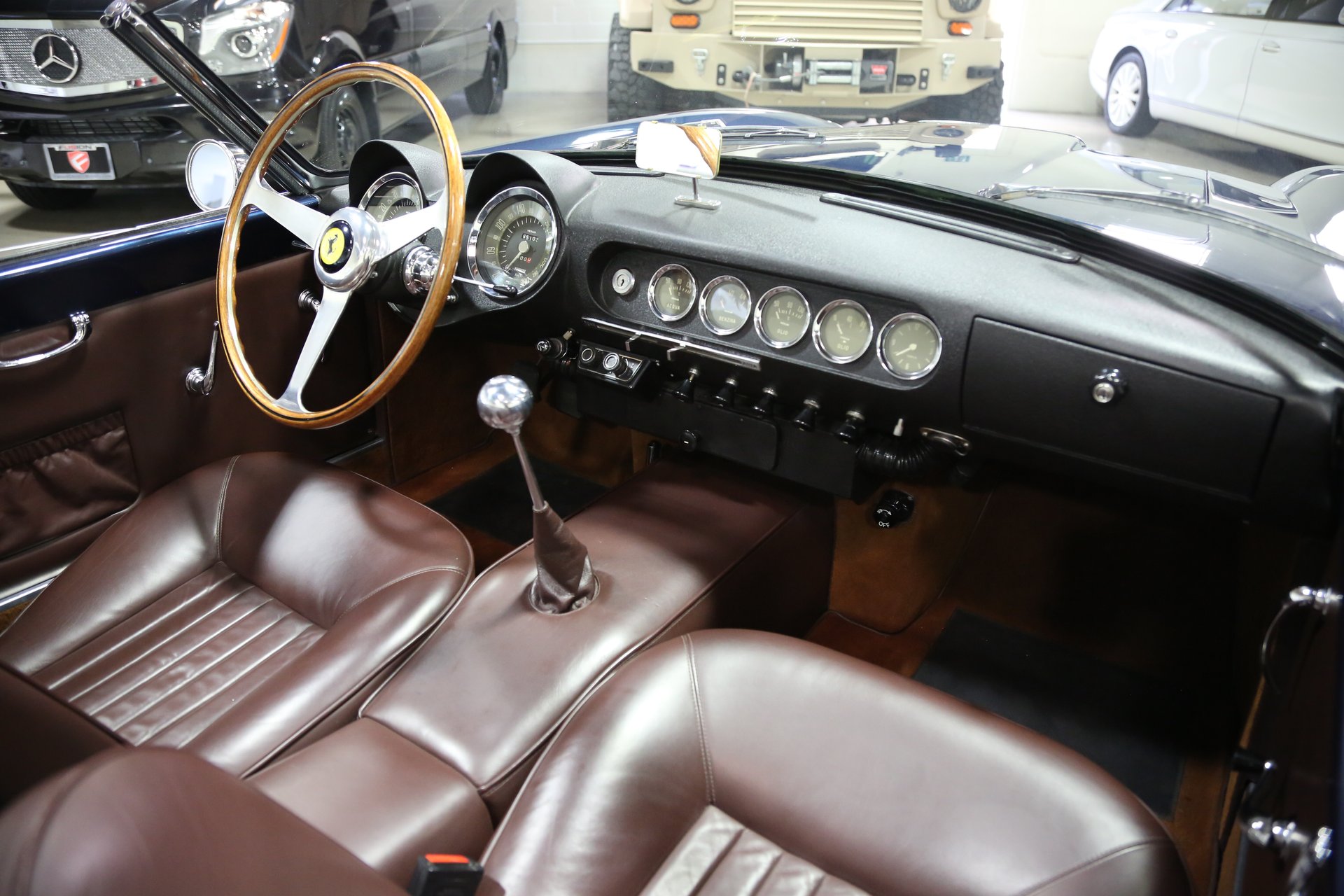 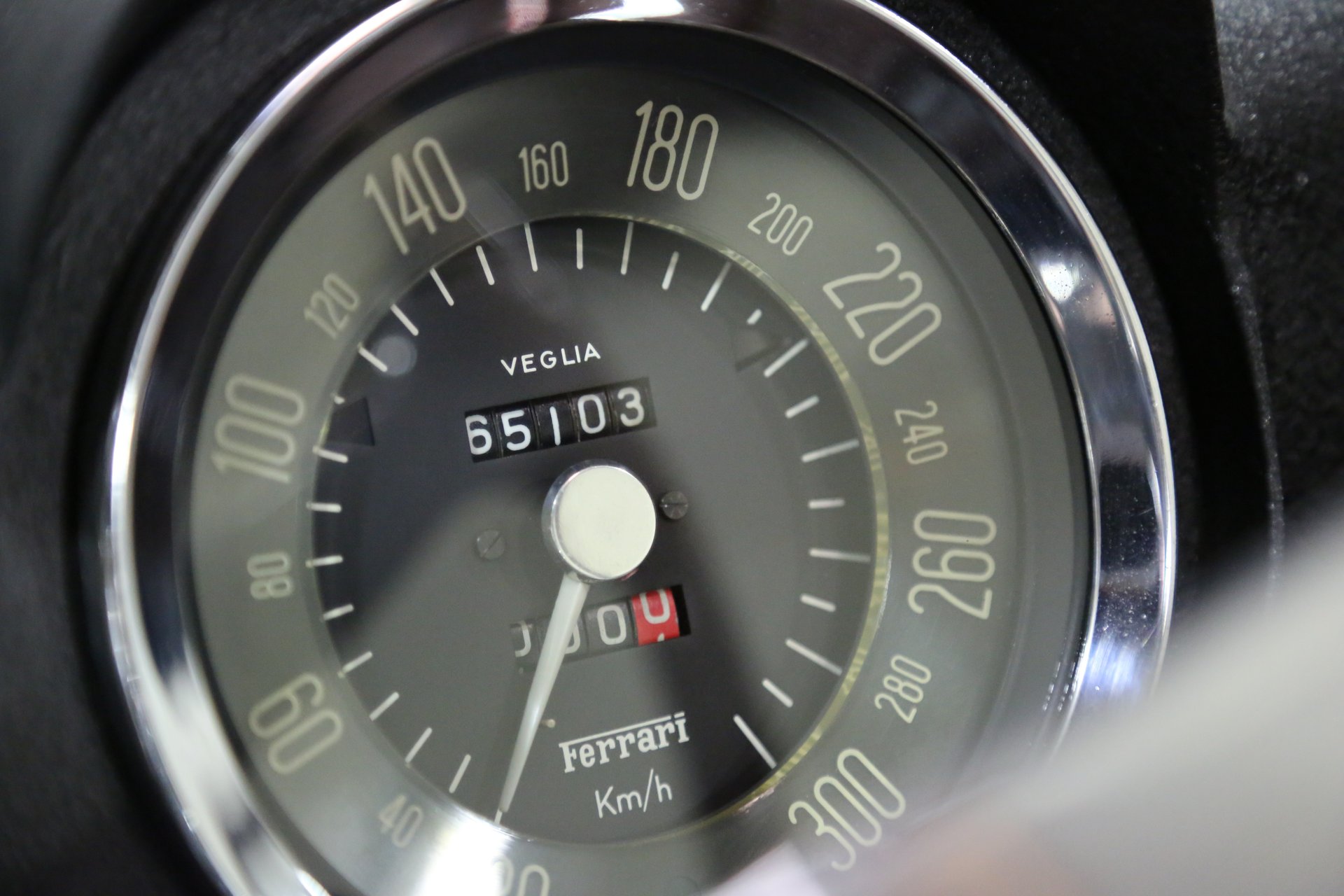 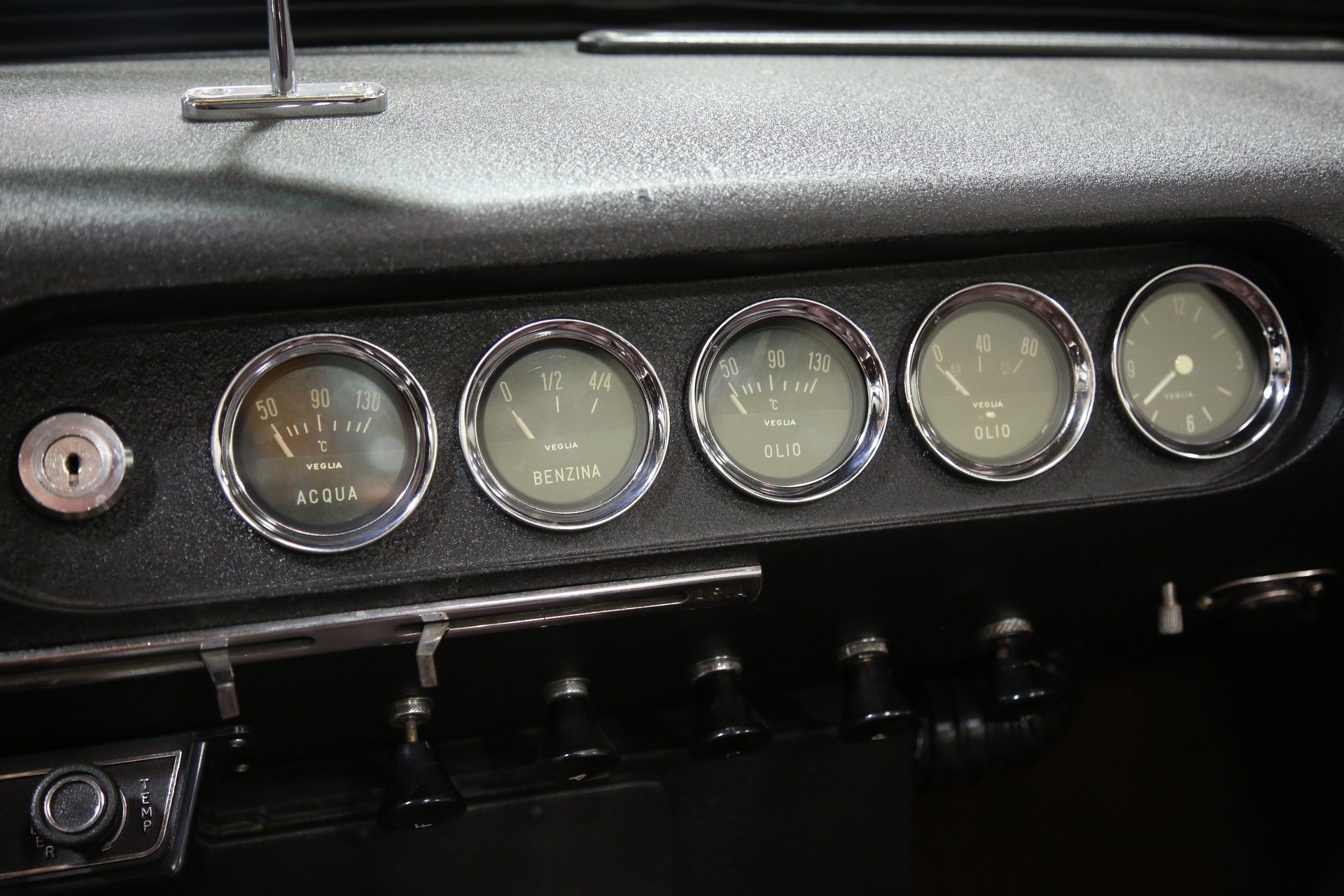 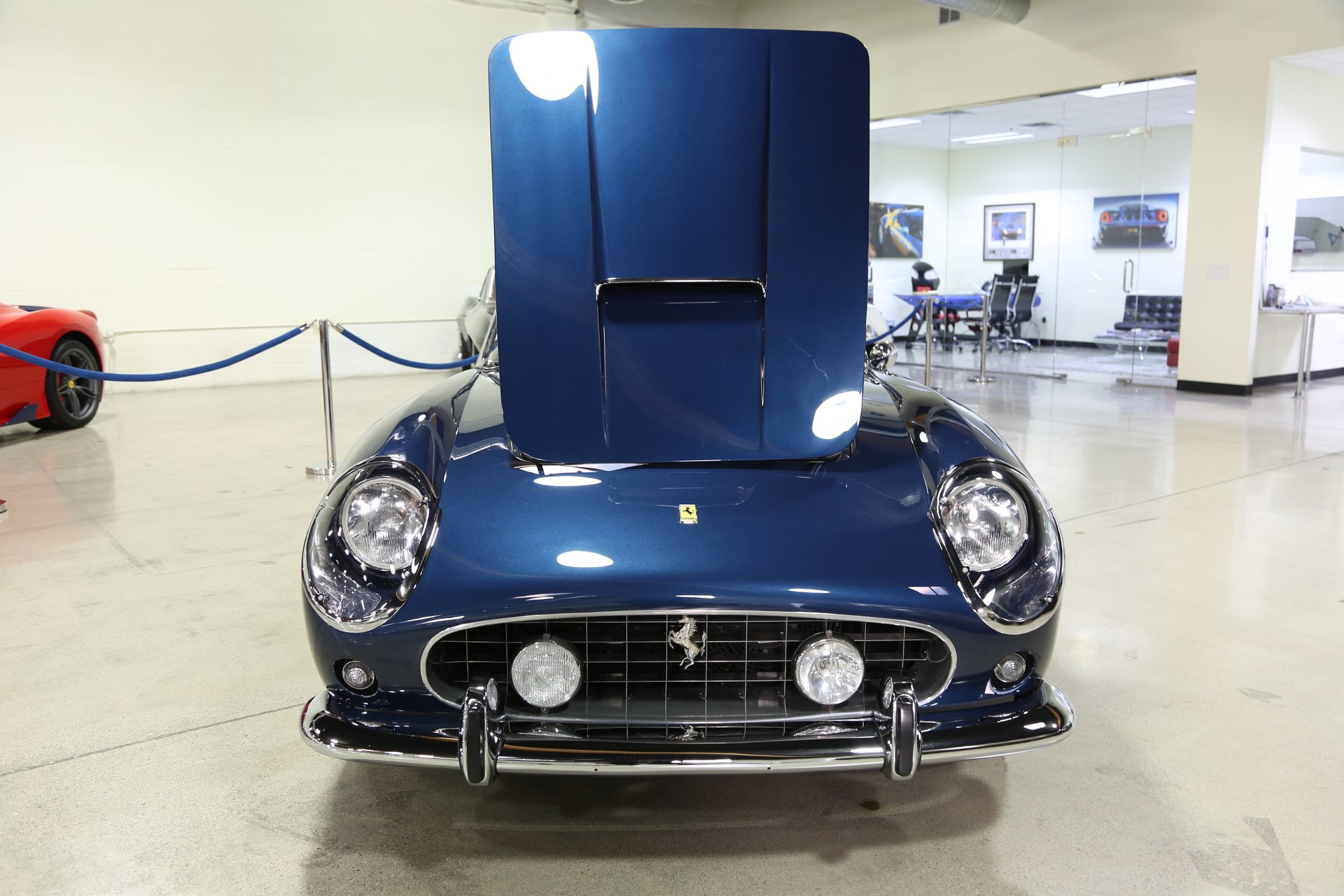 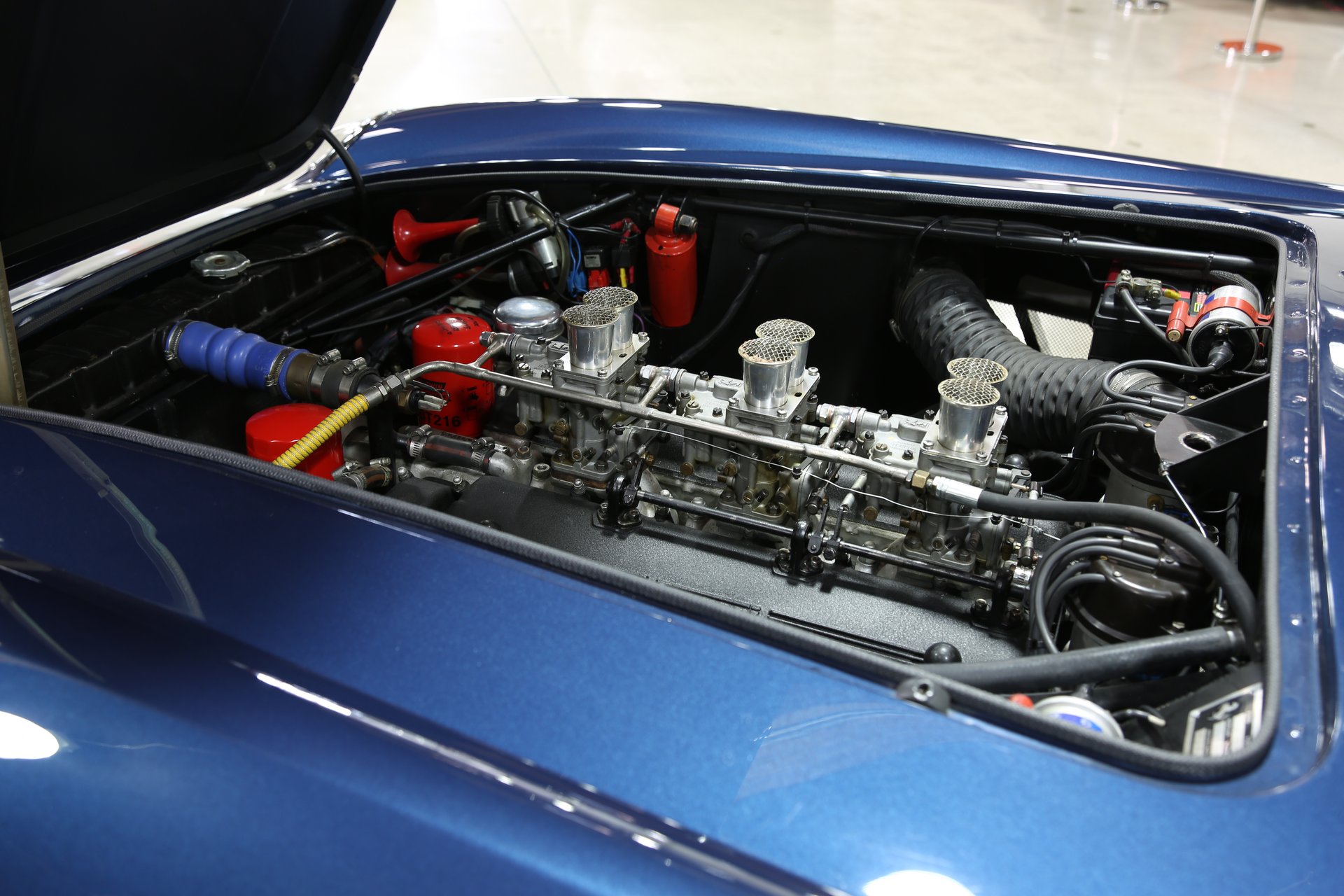 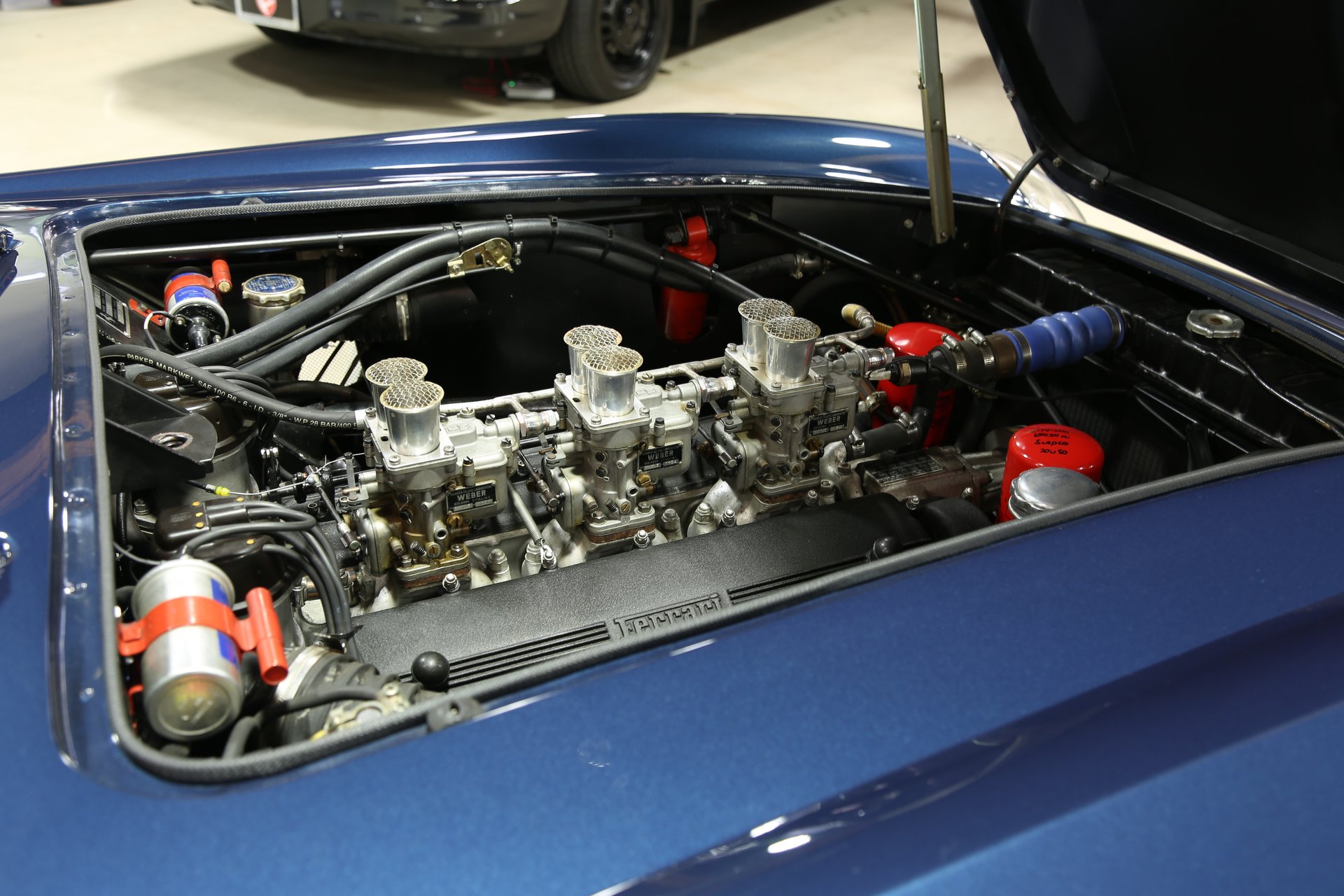 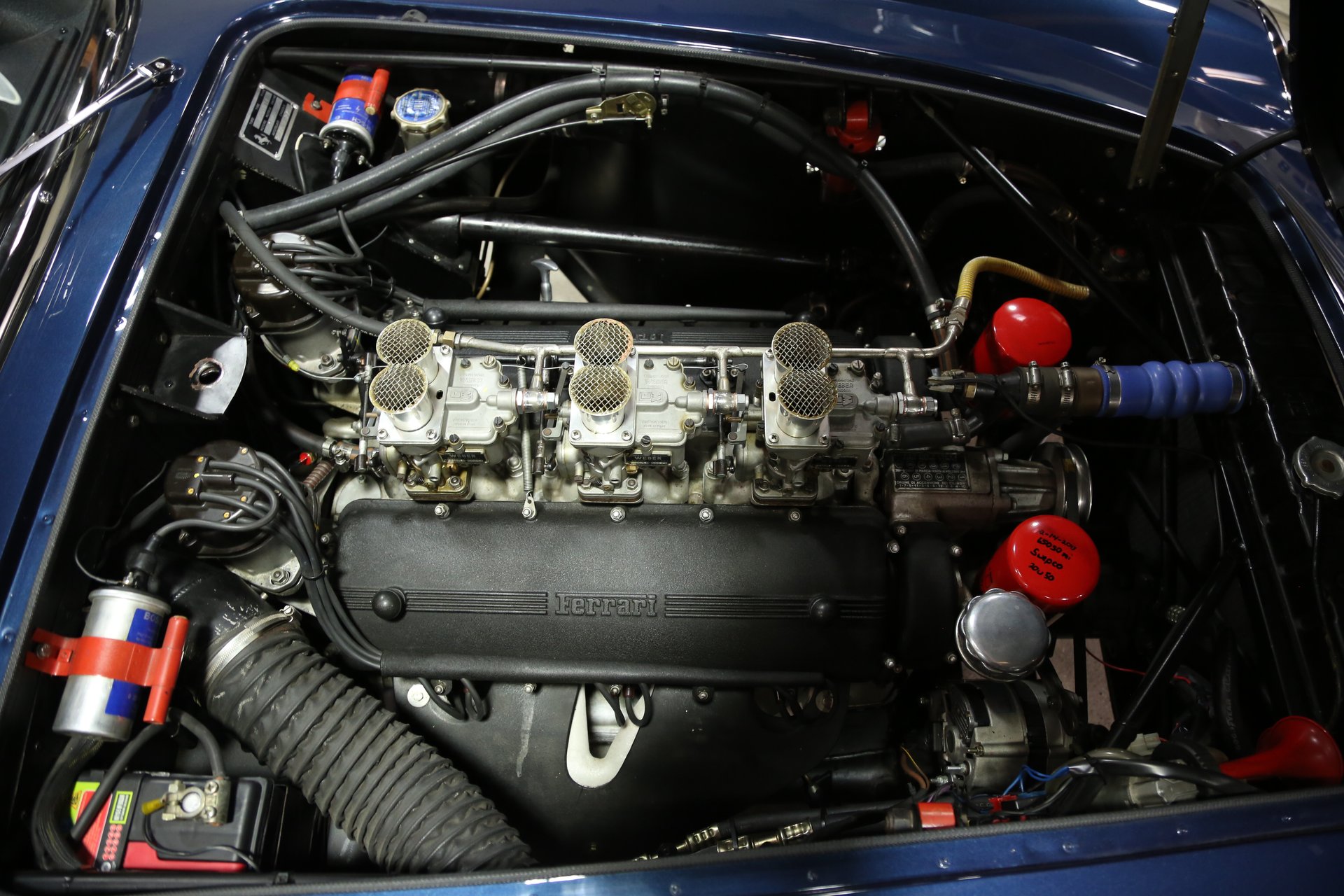 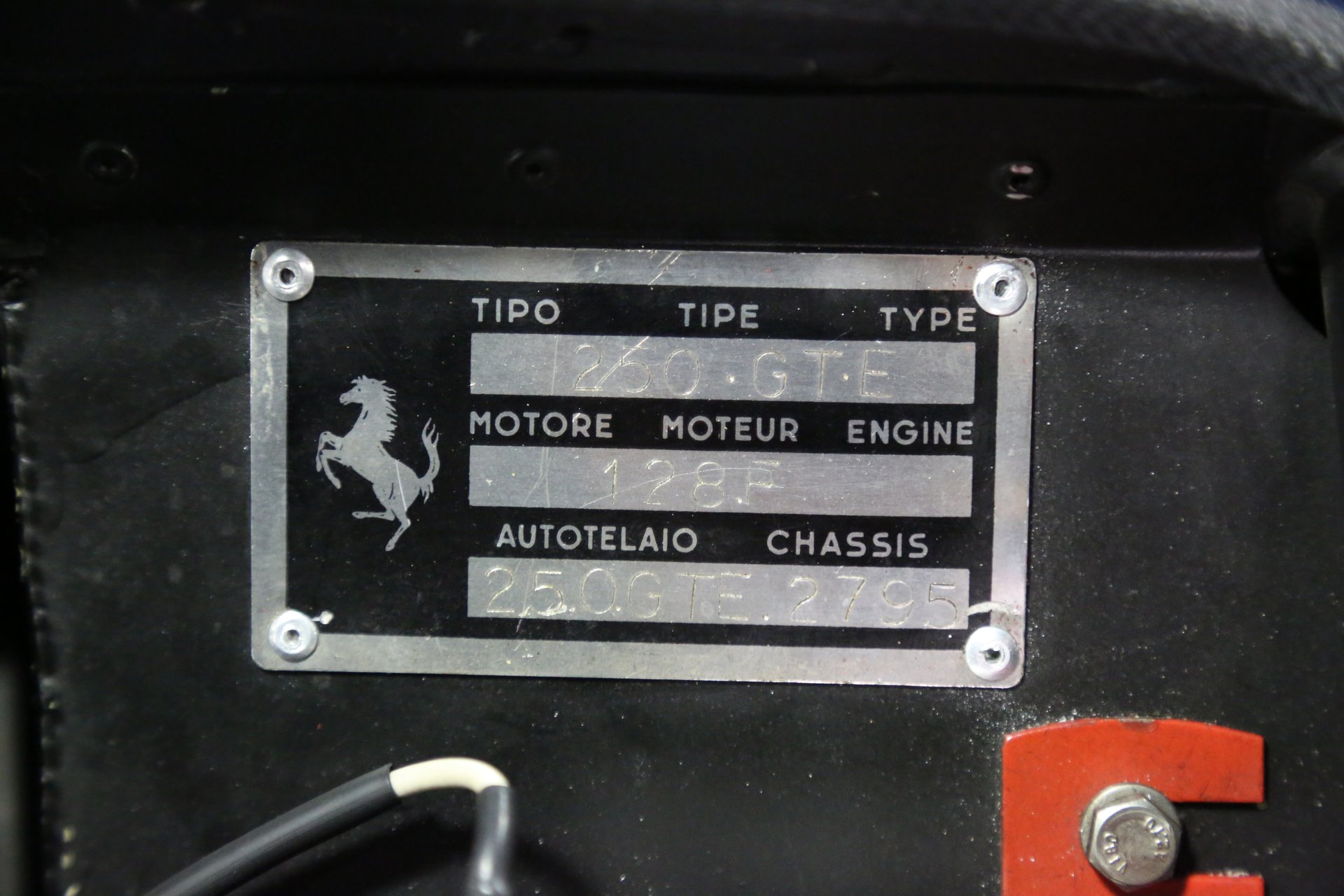 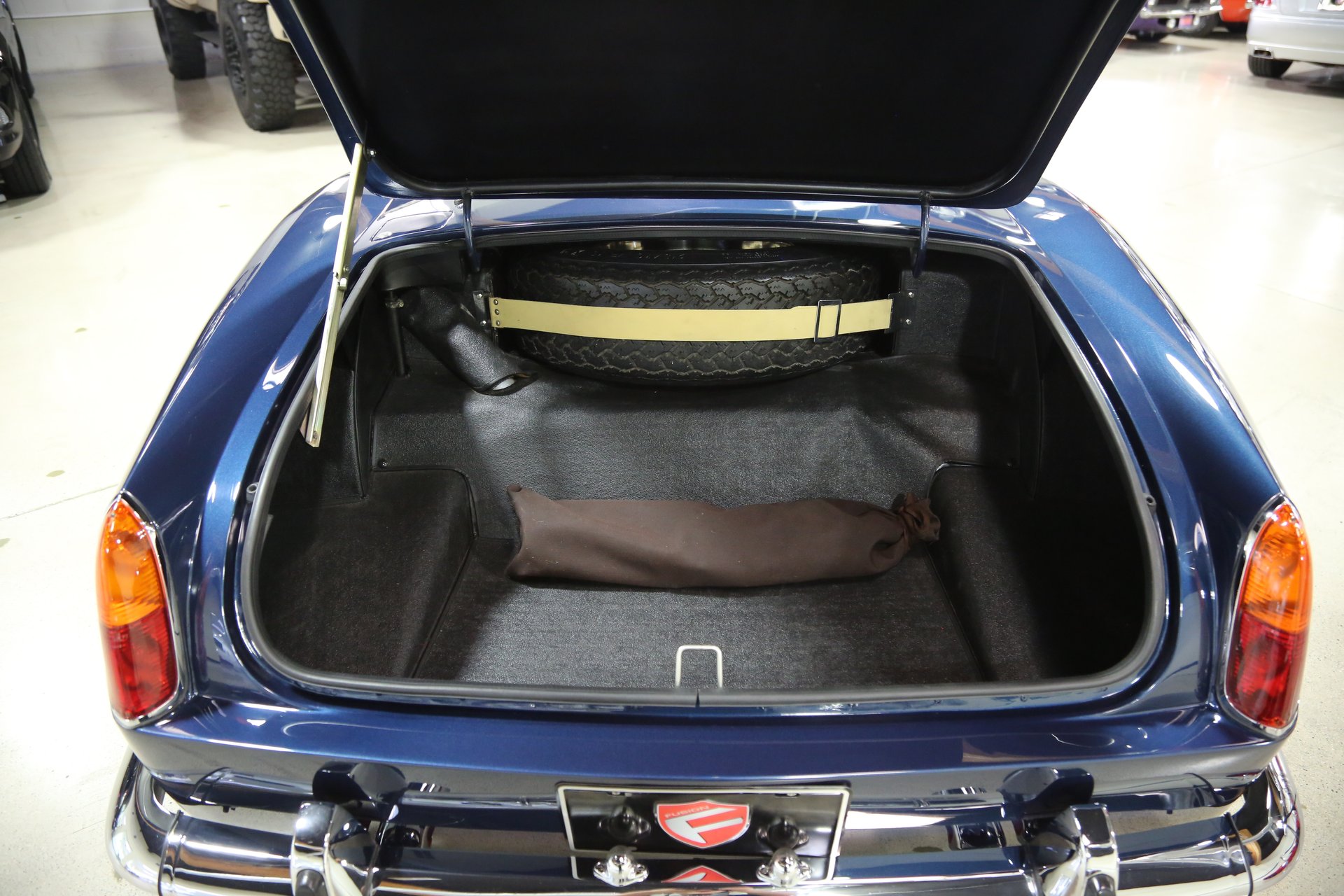 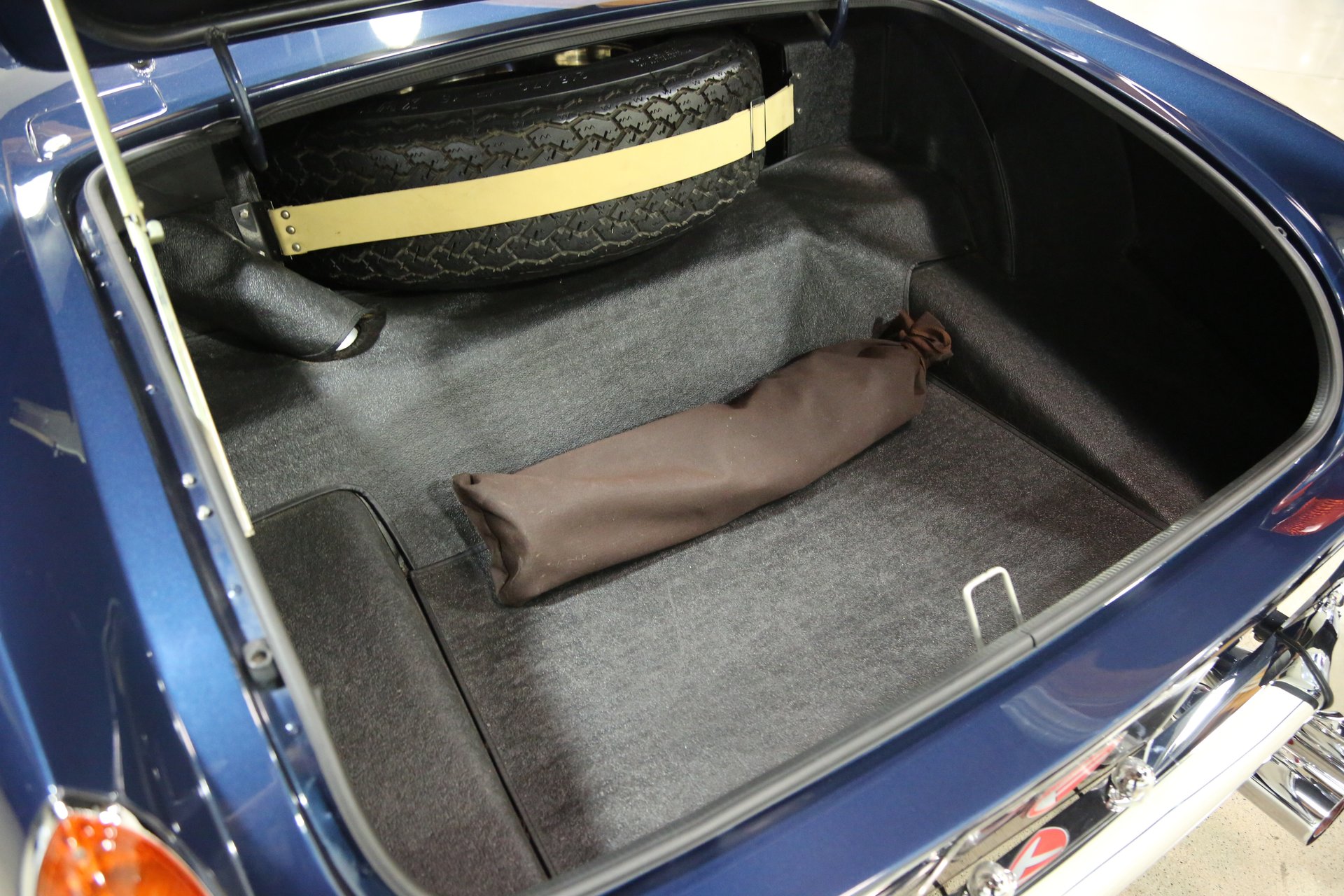 PRICE ON REQUEST
Make An Offer

1961 Ferrari
250 GT CALIFORNIA SPYDER
PRICE ON REQUEST
The Ferrari 250 Platform has produced some of the most collectible vehicles in the world. Only 55 250 GT California Spyders were produced between 1959 and 1961 making this particular version one of the most sought after variations of the 250 Platform. With an estimated value exceeding $20M, these rare vehicles are rarely seen and even rarely driven. This amazing recreation started life as a 1964 250 GTE and retains its original matching numbers engine and transmission and was meticulously crafted by the late and renowned automaker, Chris Lawrence who is well known in Ferrari circles for his concourse condition Ferrari recreations. Mr. Lawrence began by purchasing the donor factory Ferrari 250 GTE 2+2, valued at $500,000. It shared the same Colombo Tipo 125 V12 engine type as the 250 California Spyder. Mr. Lawrence then fabricated an alloy body modeled from a factory built SWB California Spyder. All original Ferrari factory parts for a SWB California Spyder were carefully installed on the car, creating an exact recreation. Only original Ferrari parts were used in this build and the attention to detail is such that this Ferrari will meet the expectations of any Ferrari Collector. The production cost of this vehicle was approximately $1.5M and was commissioned by noted Ferrari collector Fred Burbank in 2002. This vehicle is such an exact example that it was proudly displayed at Ferrari World in Dubai. There were only a handful of recreations built by the late Mr. Lawrence and this example is absolutely pristine and drives extremely well. Great lease rates and Financing also available on any of our inventory! Buy Sell Trade Consignments Welcome! Please email concierge@fusionluxurymotors.com or call 1-818-773-8181