× We’re moving! My Classic Garage is partnering with Motorsport Network to become Motorious. Read more here
Back to Search
All Cars
Ferrari
360 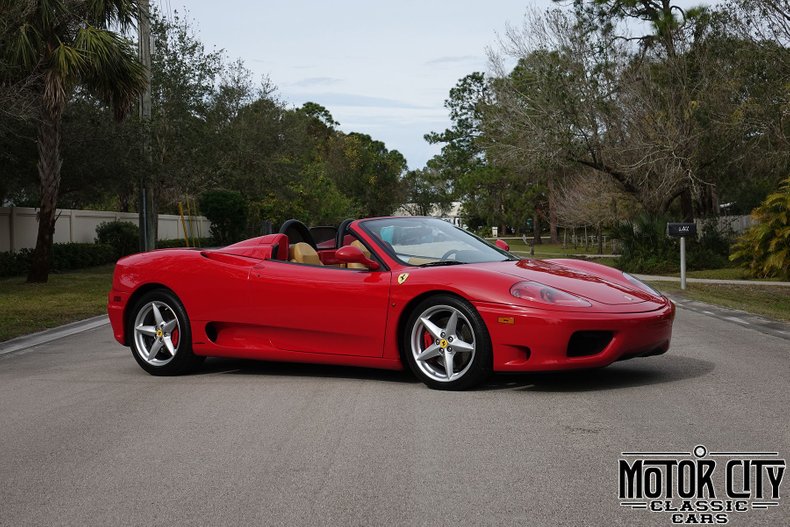 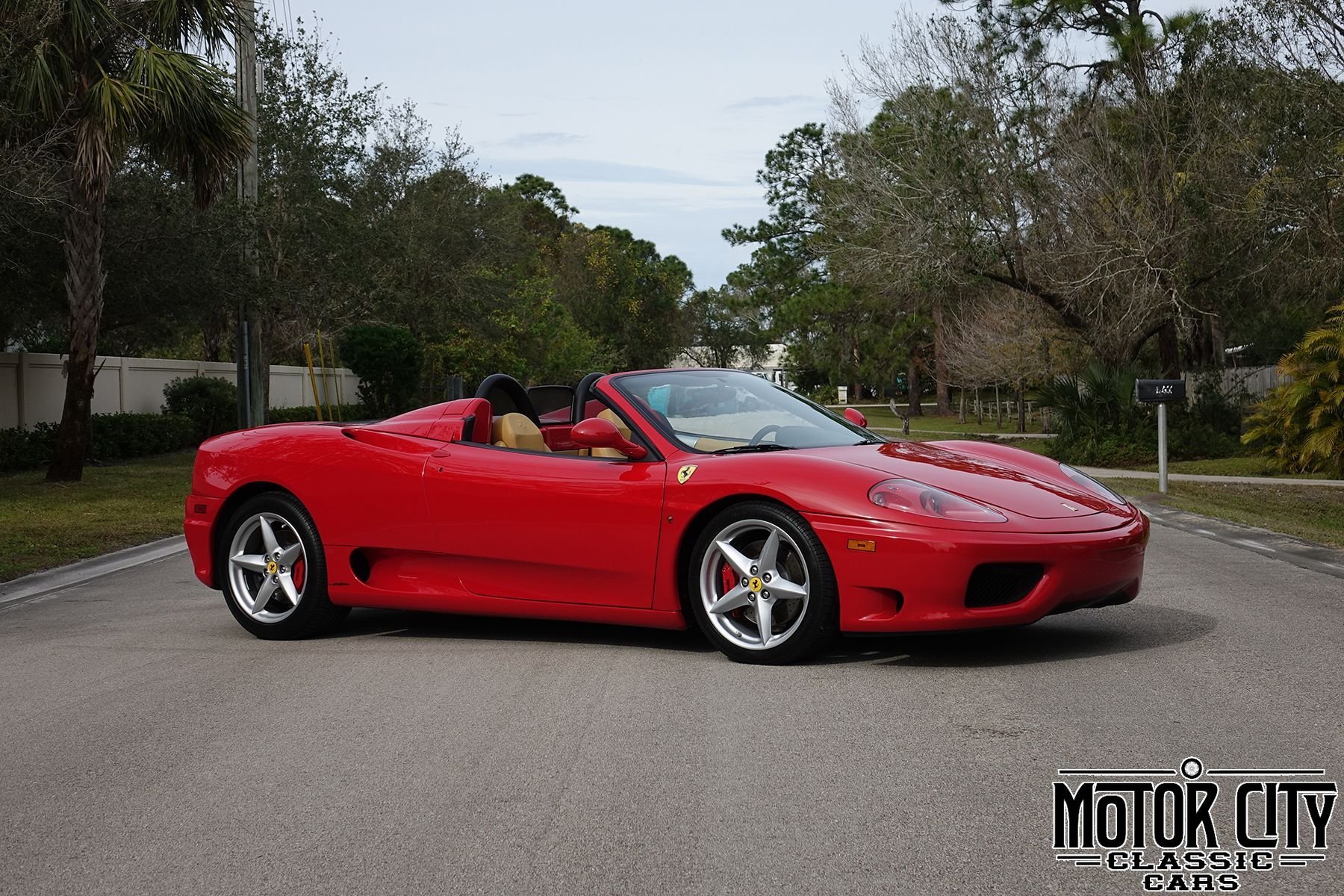 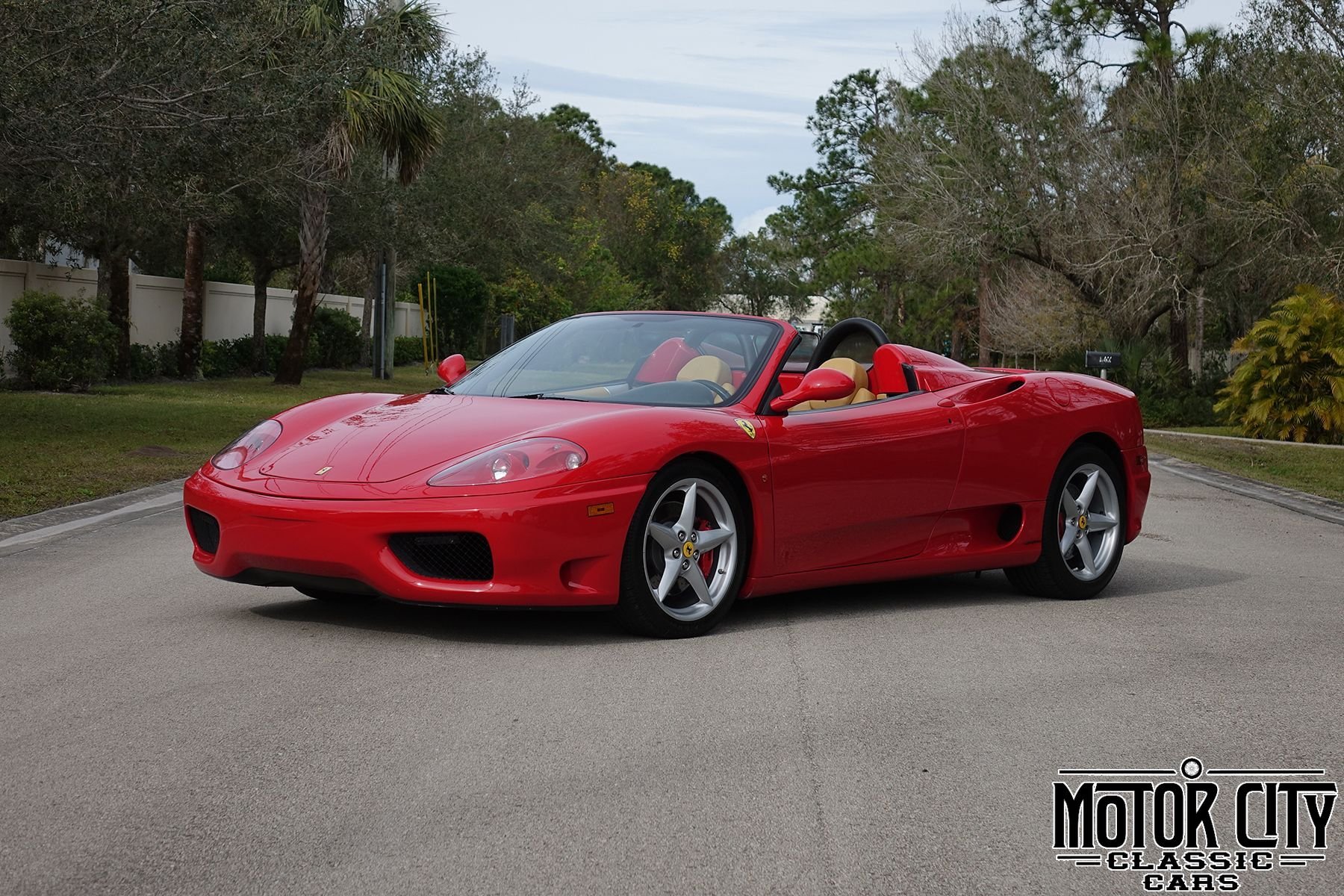 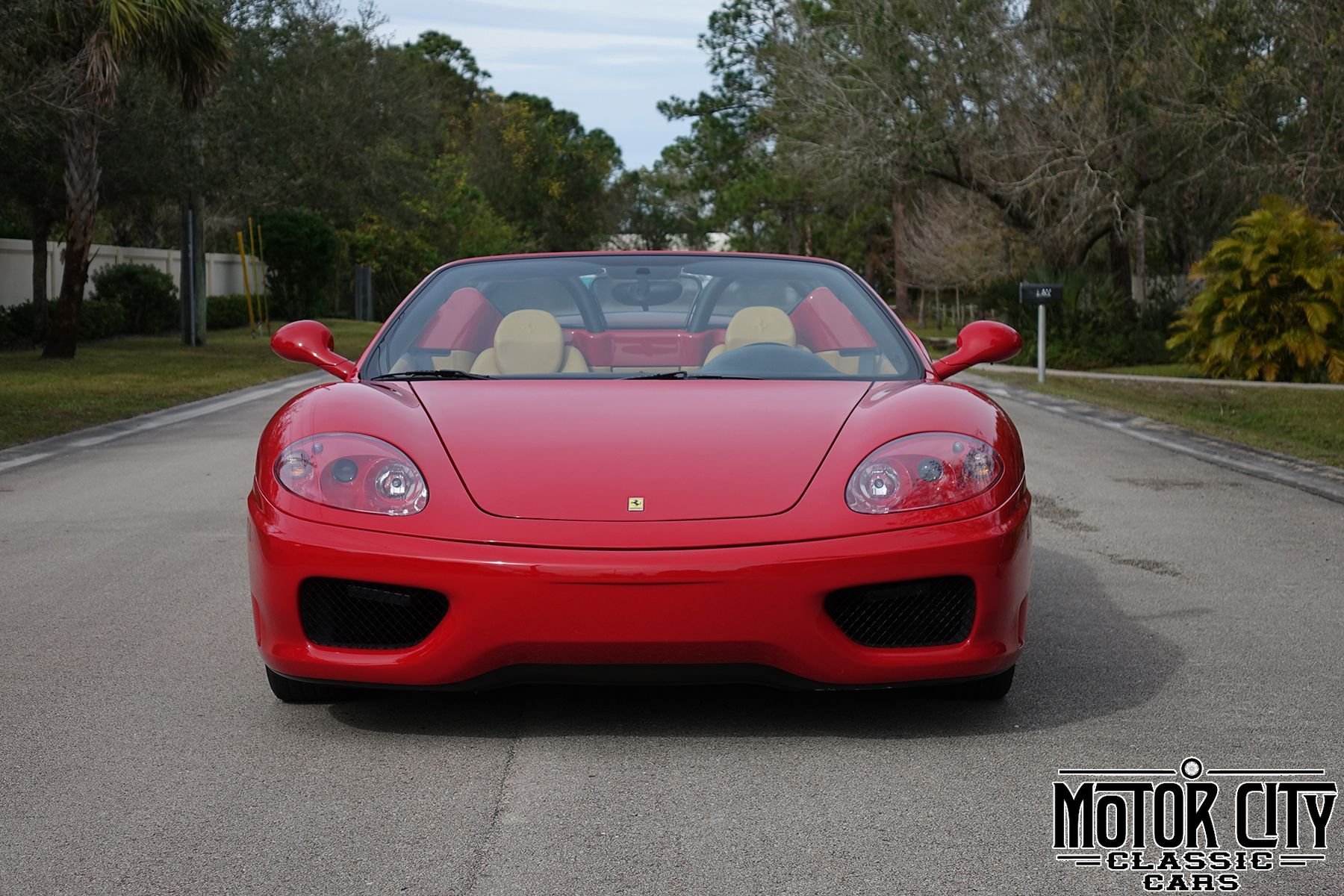 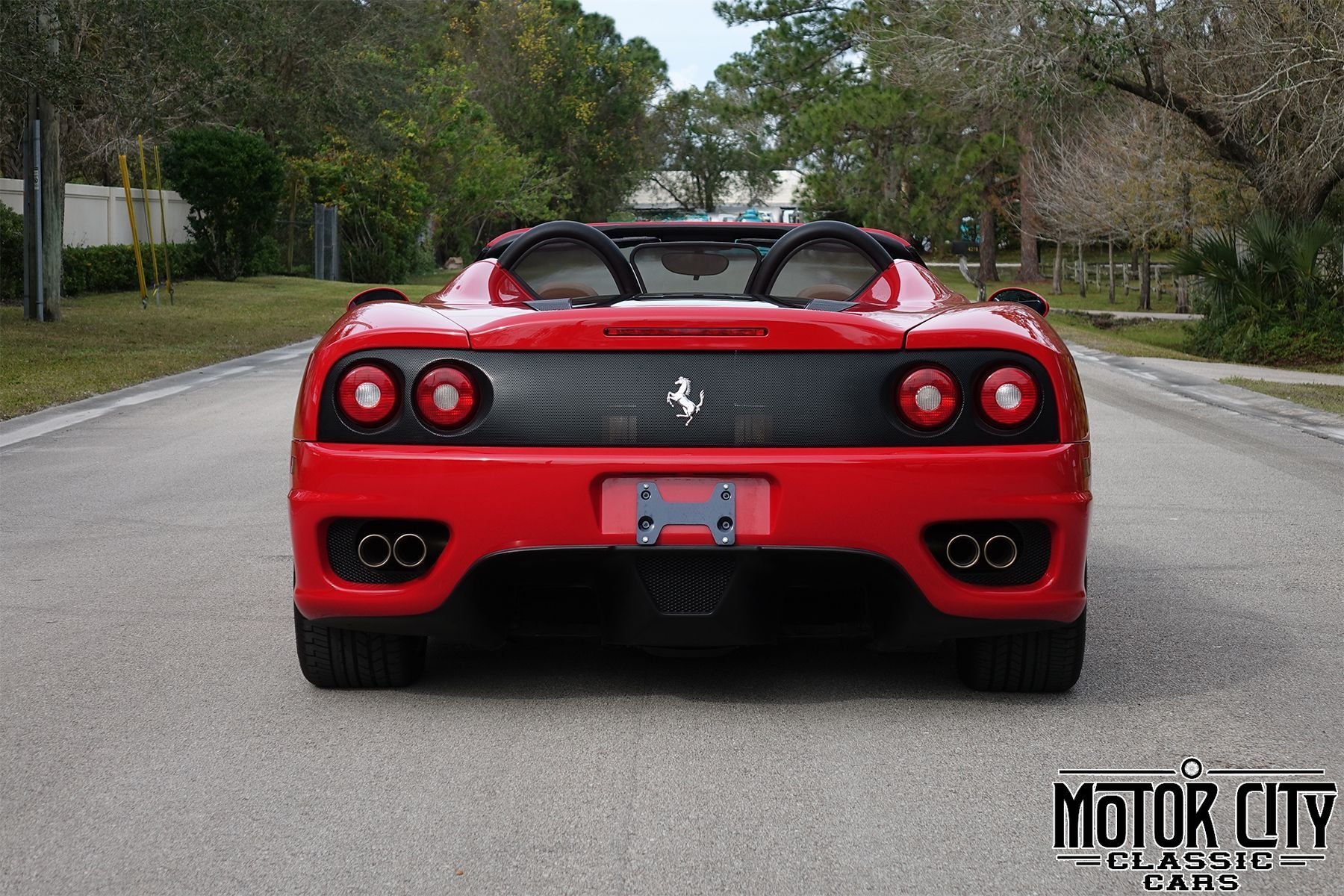 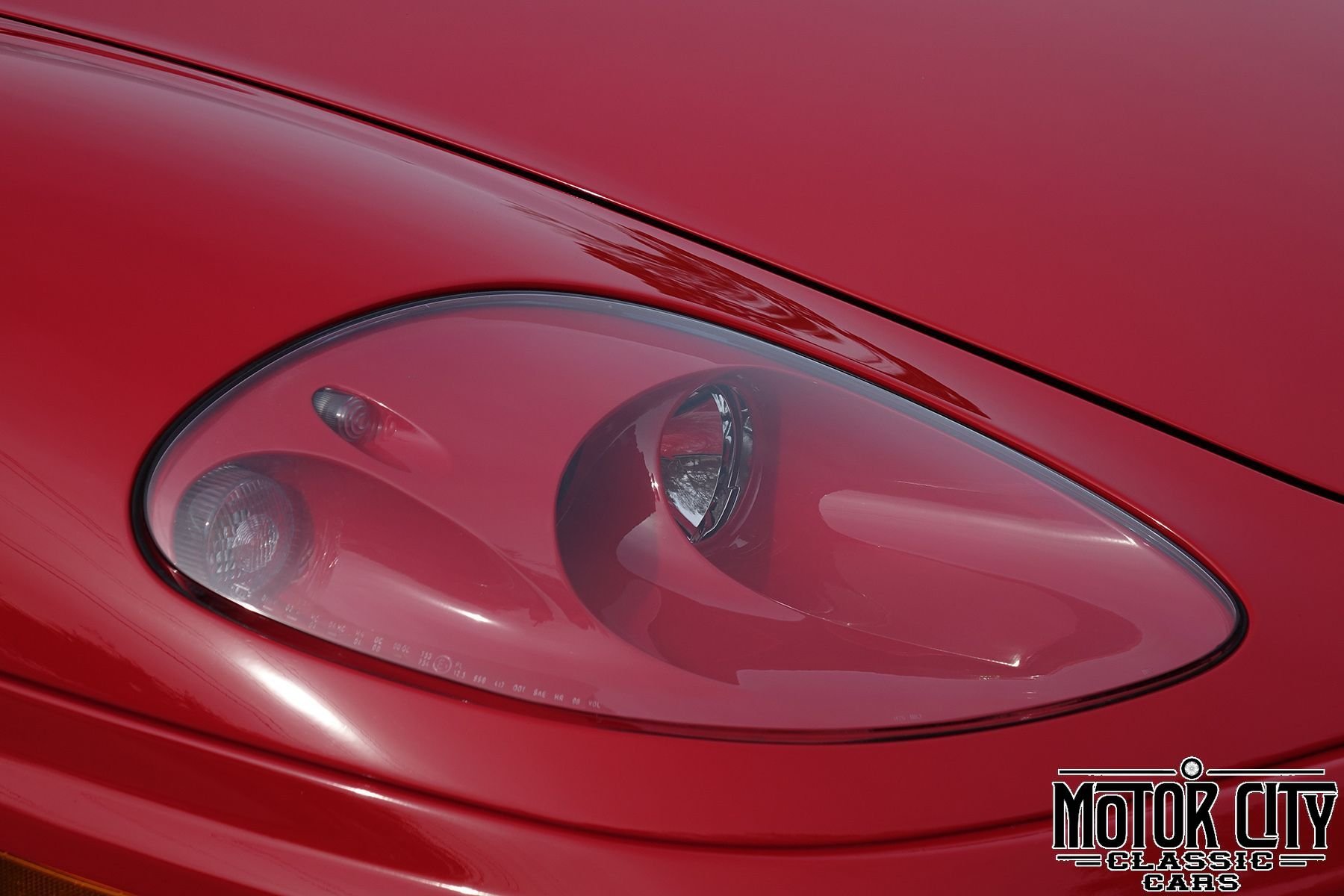 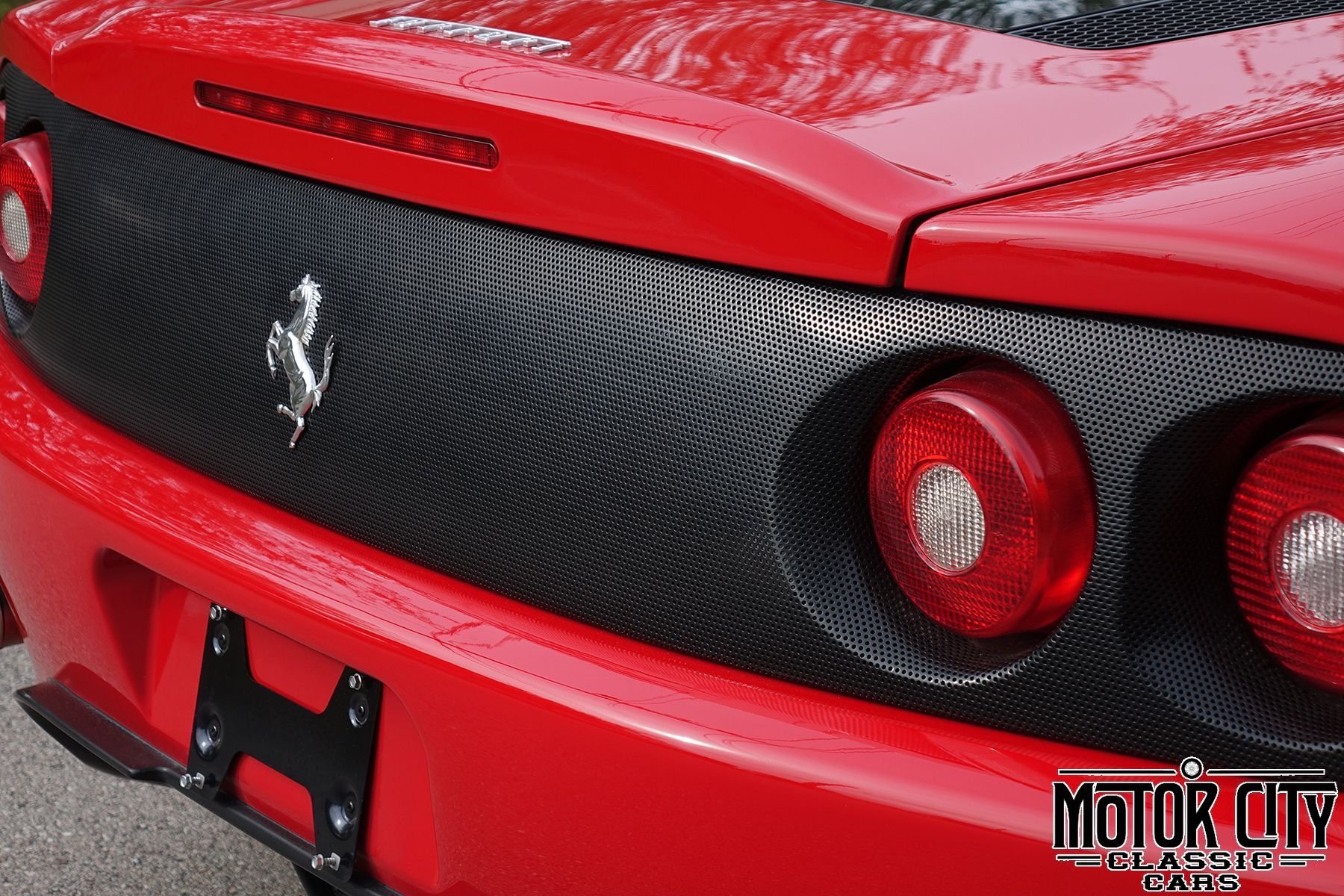 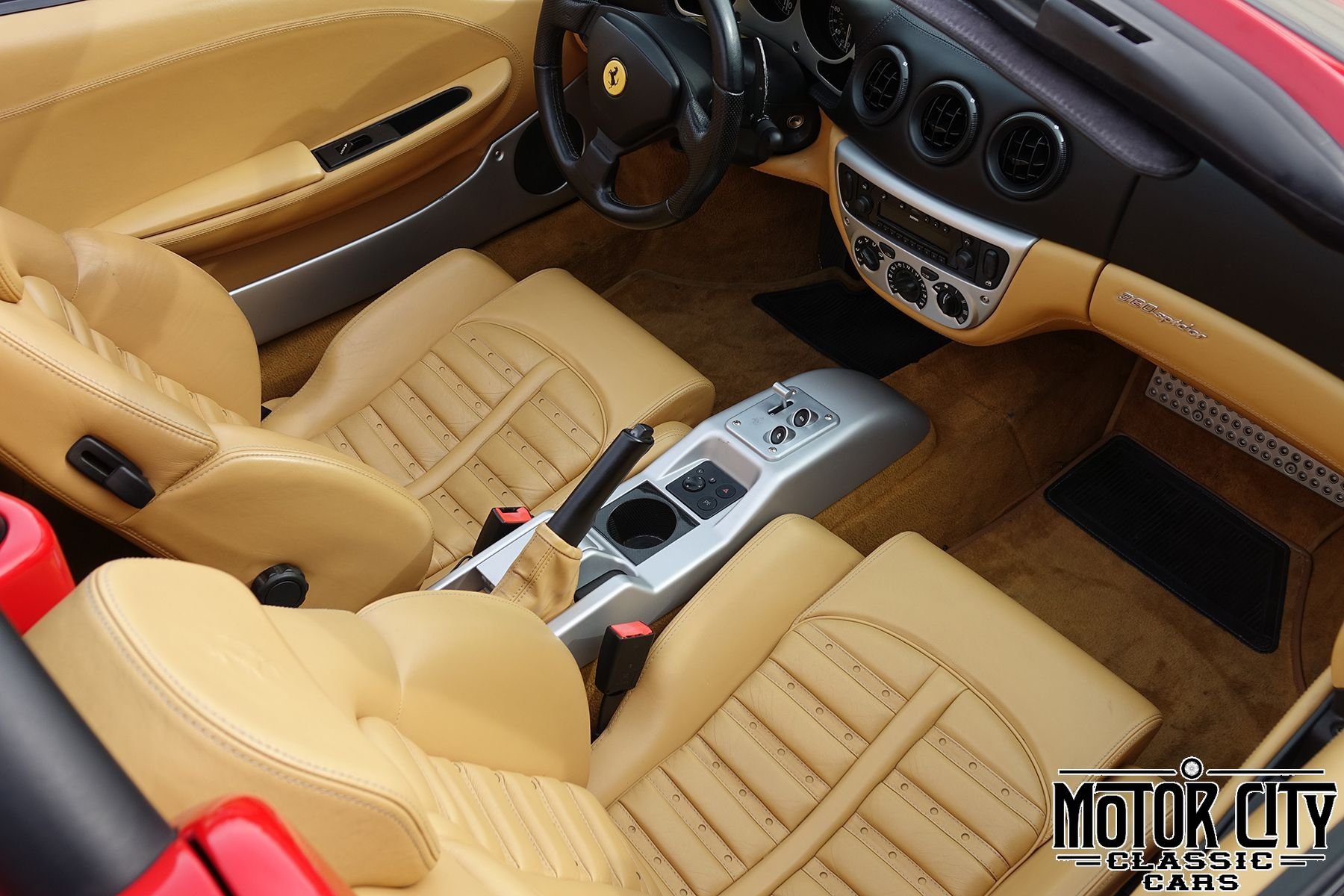 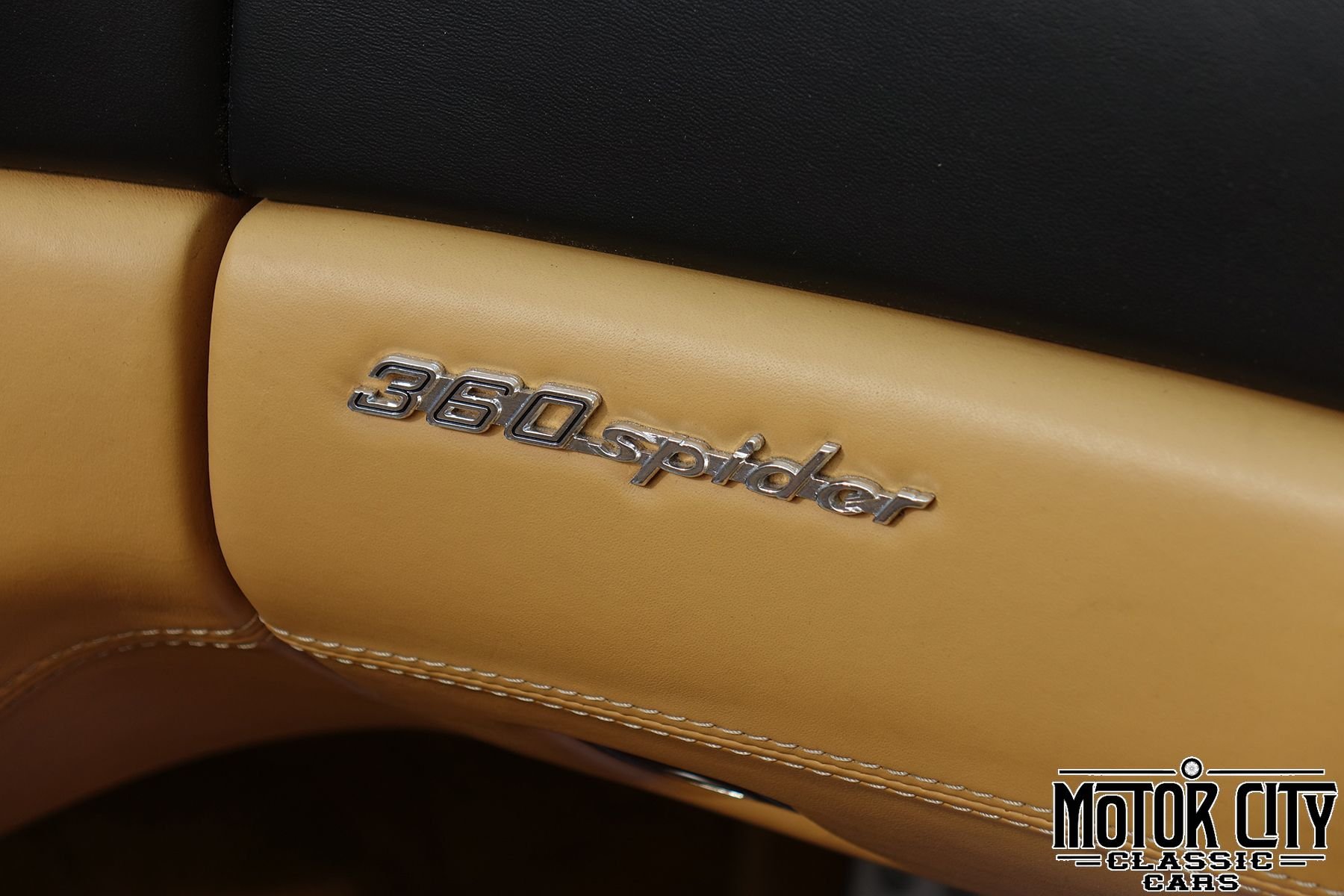 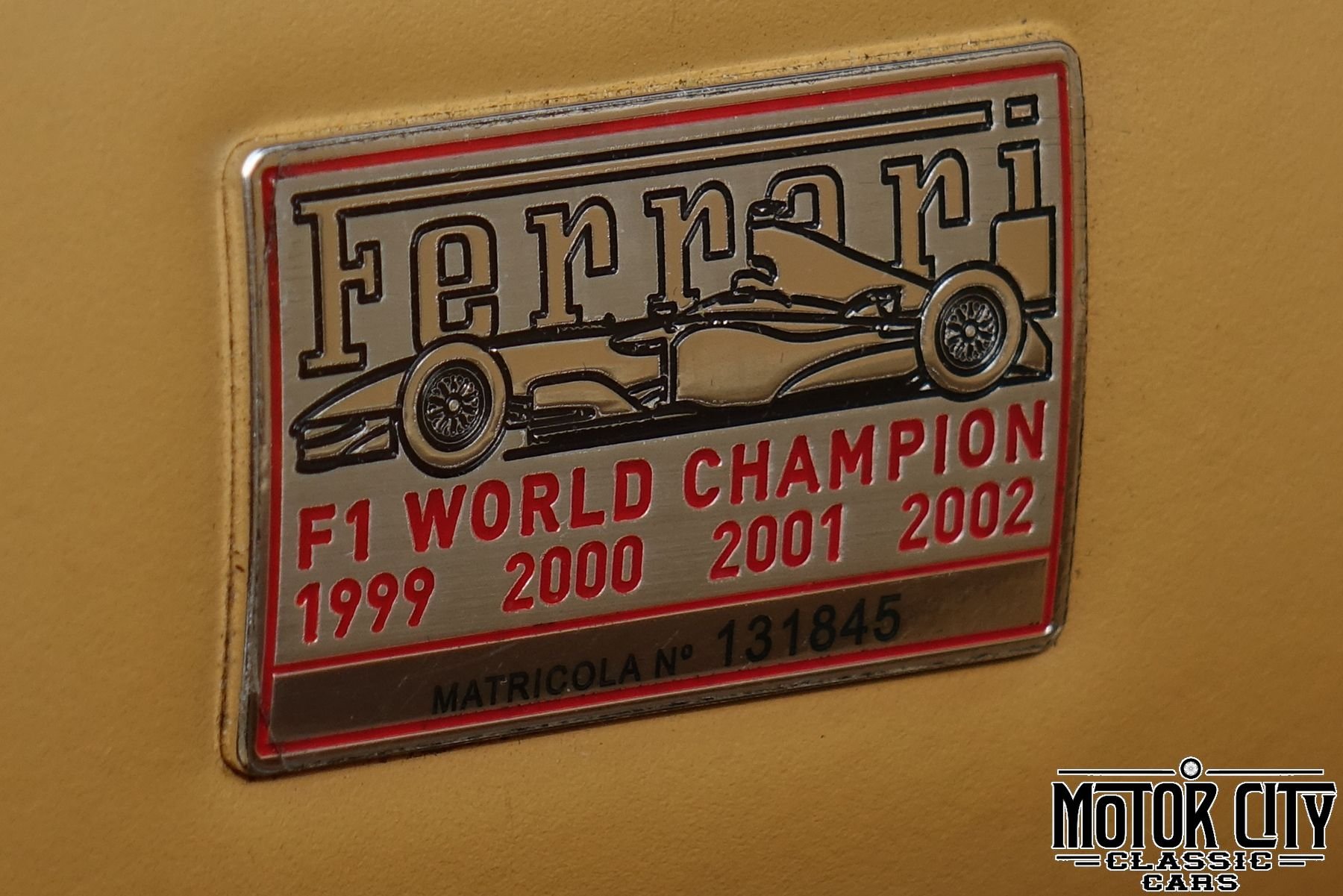 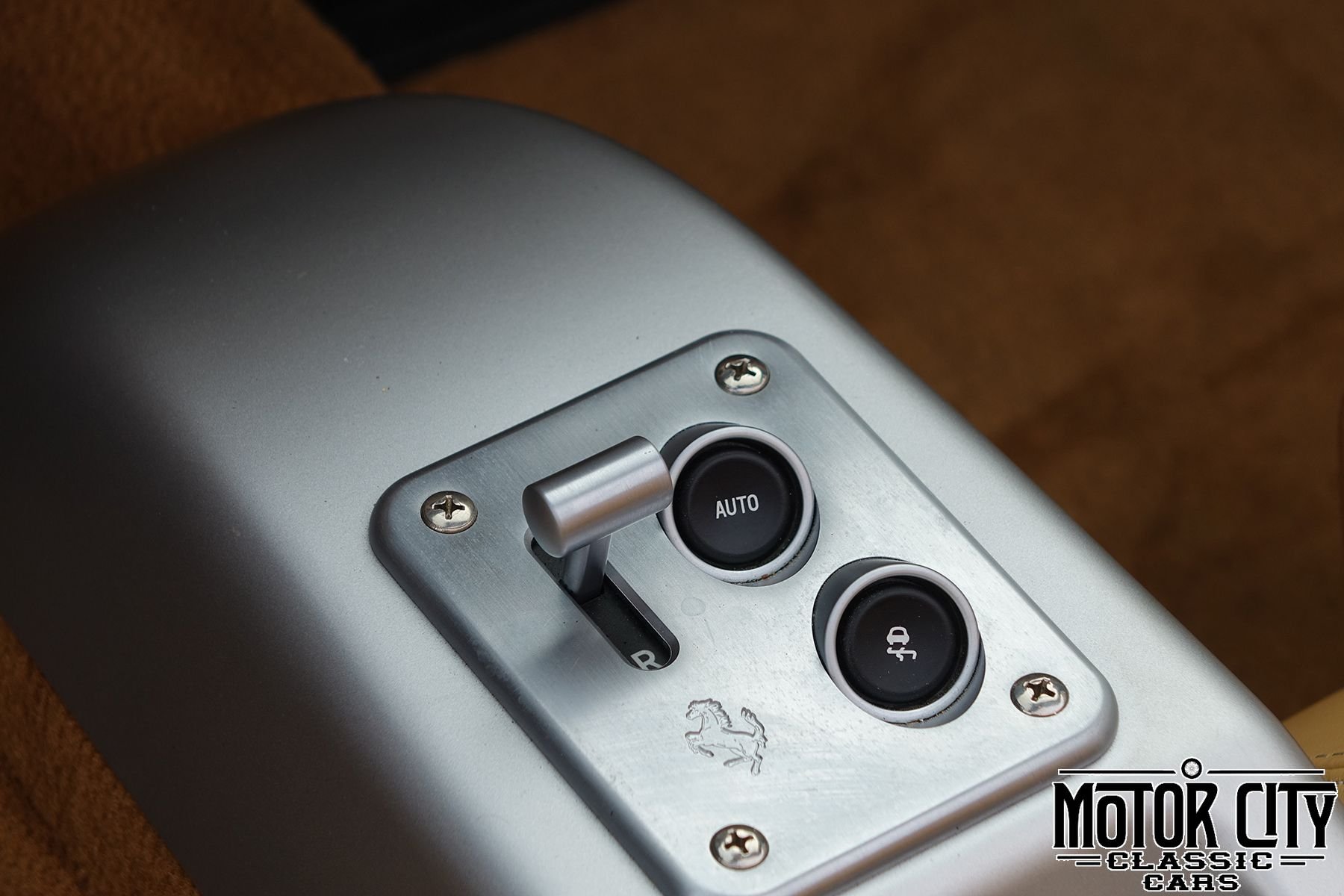 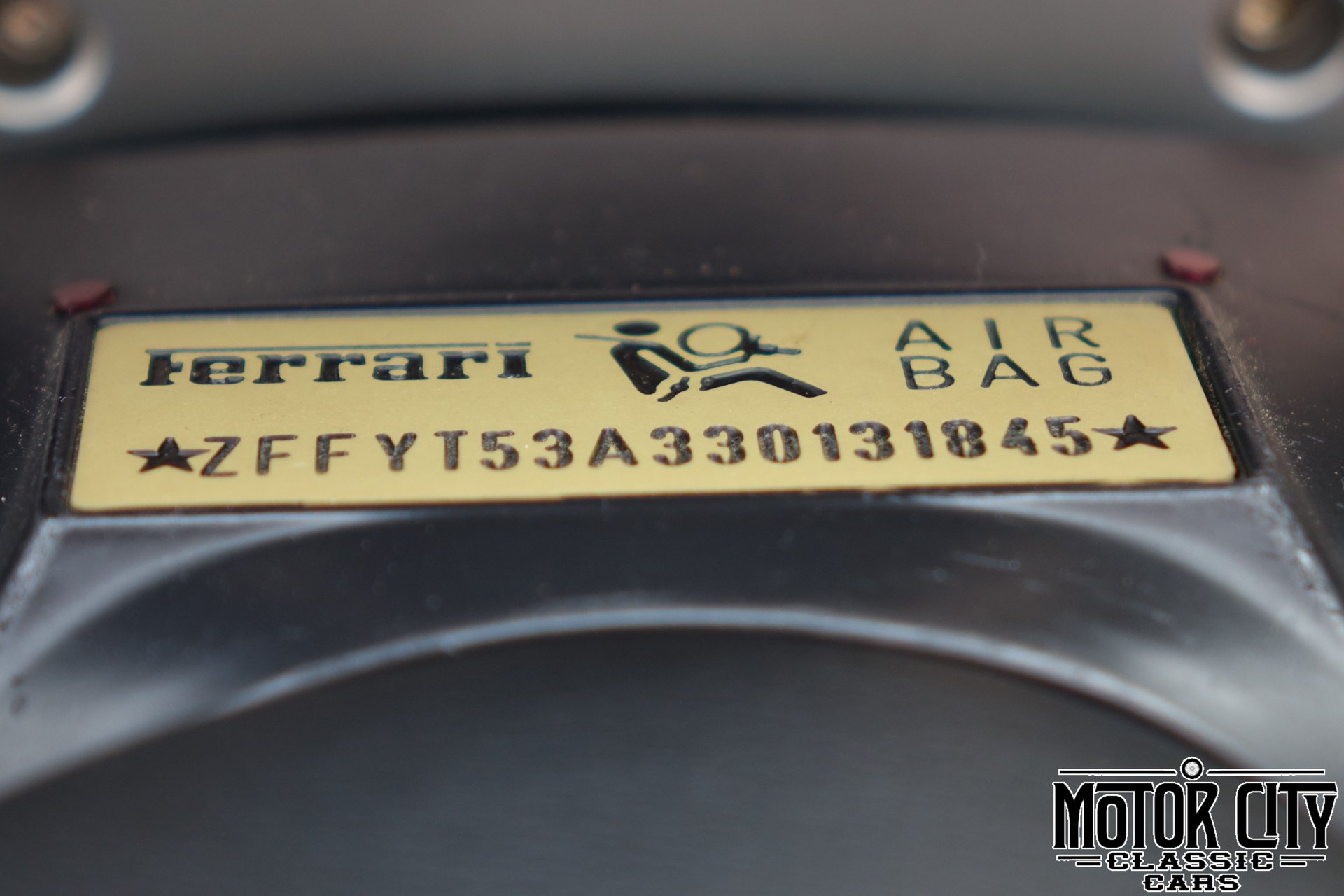 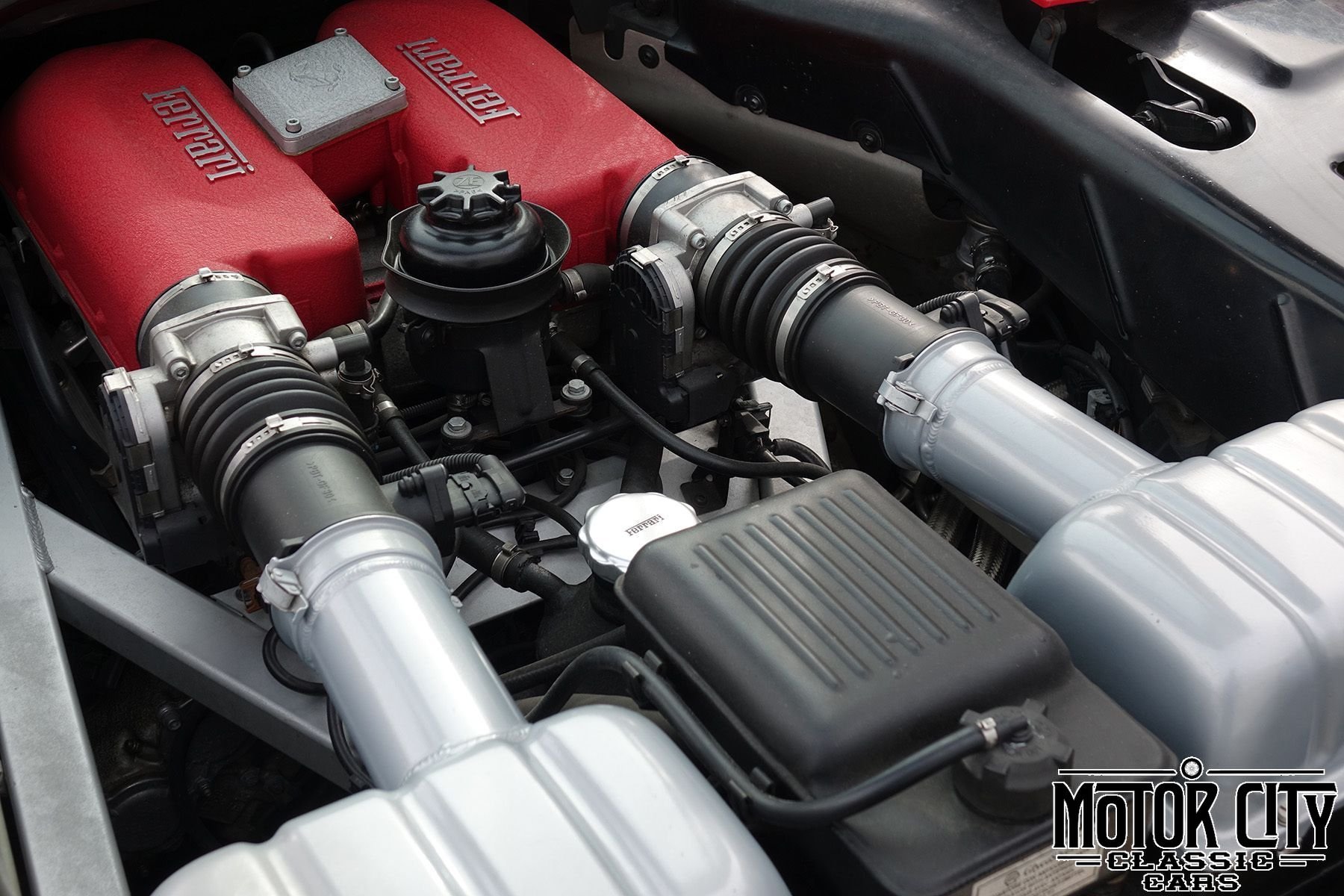 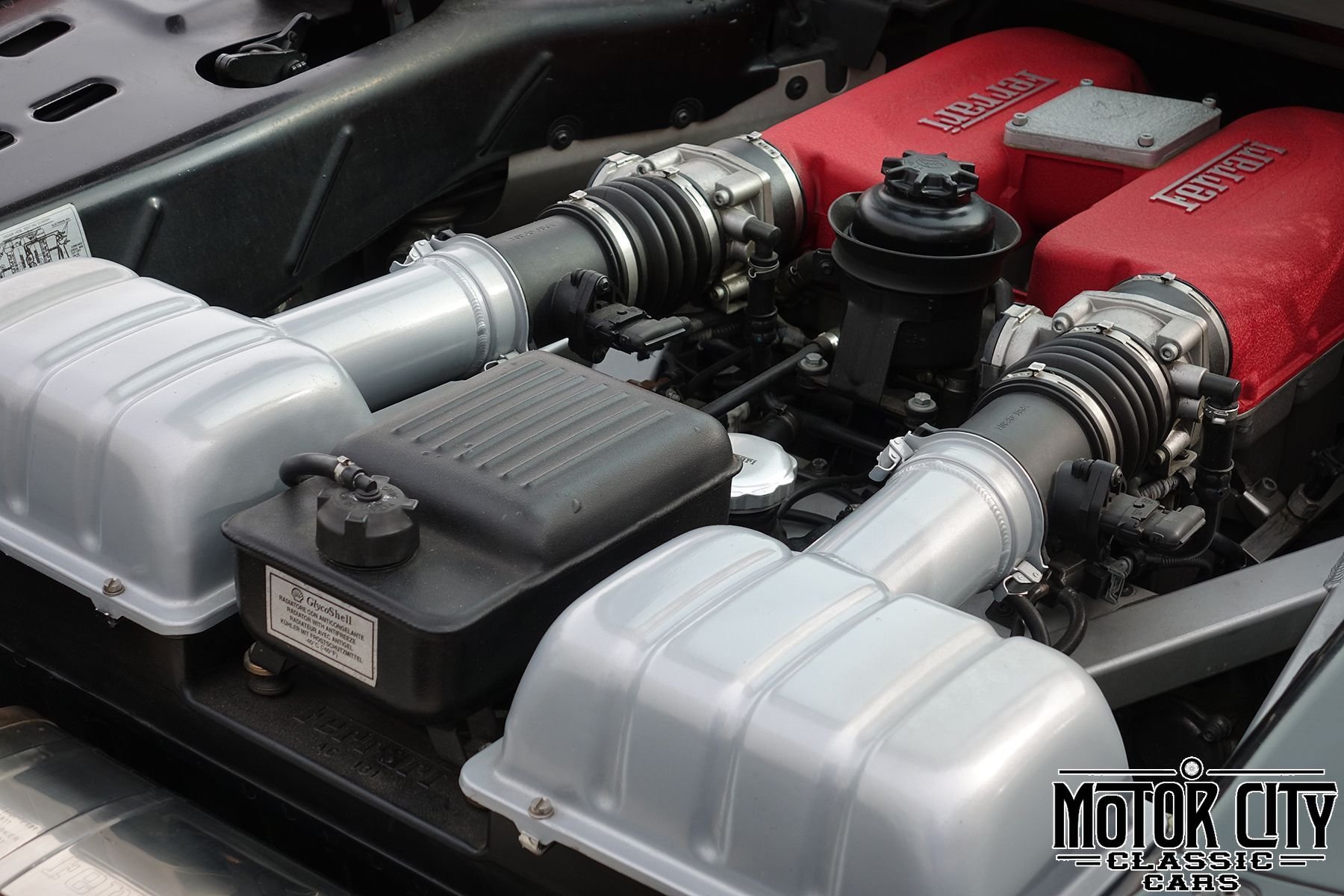 2003 Ferrari
360
$94,900 From $1,089 / month
Launched in 1999 as the successor to the F355, the 360 was introduced with an entirely new space-frame aluminum chassis, resulting in a frame that was 40% stiffer and 28% lighter than its steel predecessor. A new 3.6L V8 engine with flat plane crankshaft and titanium connecting rods generates 395hp. Increased horsepower, along with reduced weight, provided noticeable gains in speed and performance in the new model. 0-60 time on the 360 came out at an impressive 4.6 seconds. Pininfarina body styling on the 360 was a departure from traditional Ferrari styling, foregoing sharp angles and flip up headlights, the 360 was a more rounded aero-dynamic looking supercar. This 2003 360 Spider is a great example of a well-kept Ferrari that is as fun to admire as it is to drive. The signature color combination of Rosso Corsa red exterior and beige interior catches the eye of anyone admiring it as it flies past them. The F1 single-clutch transmission shifts intelligently, allowing the driver to focus on enjoying the sheer power of the car. This 360 is ready to be driven and enjoyed.