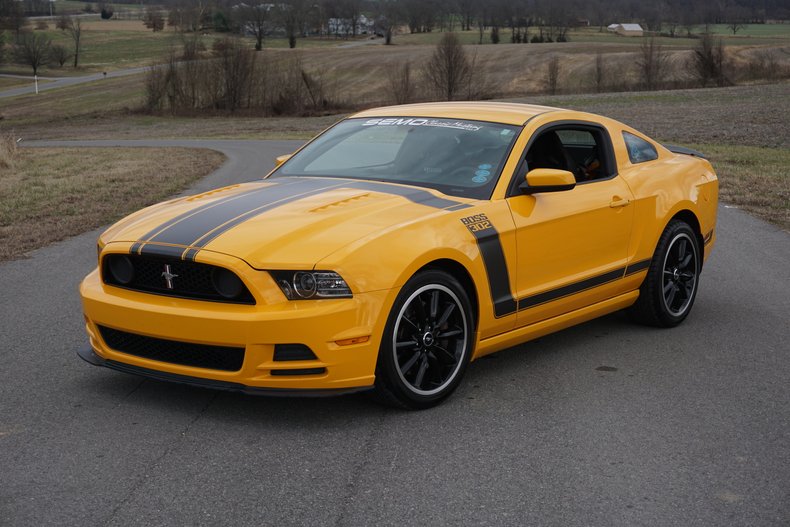 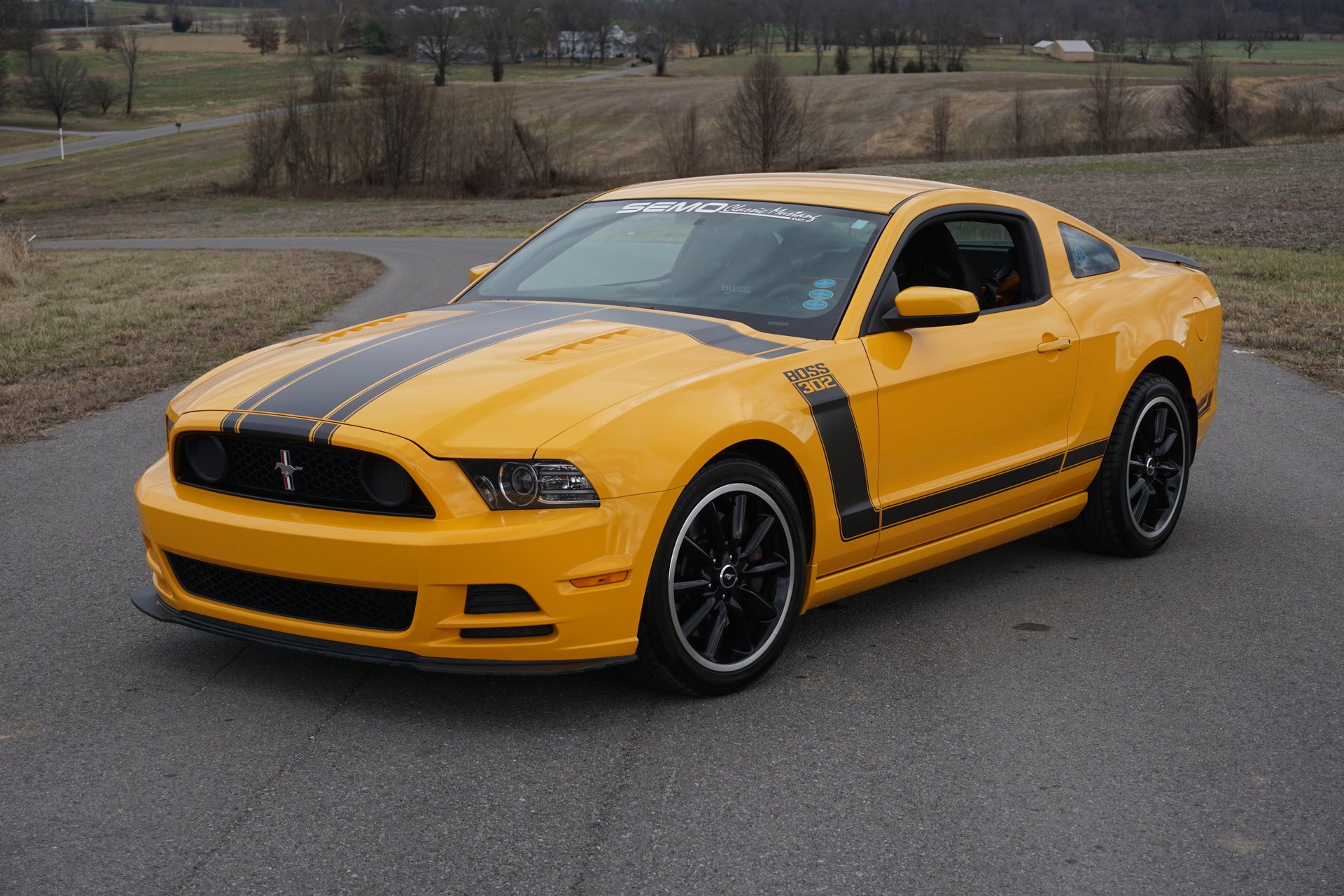 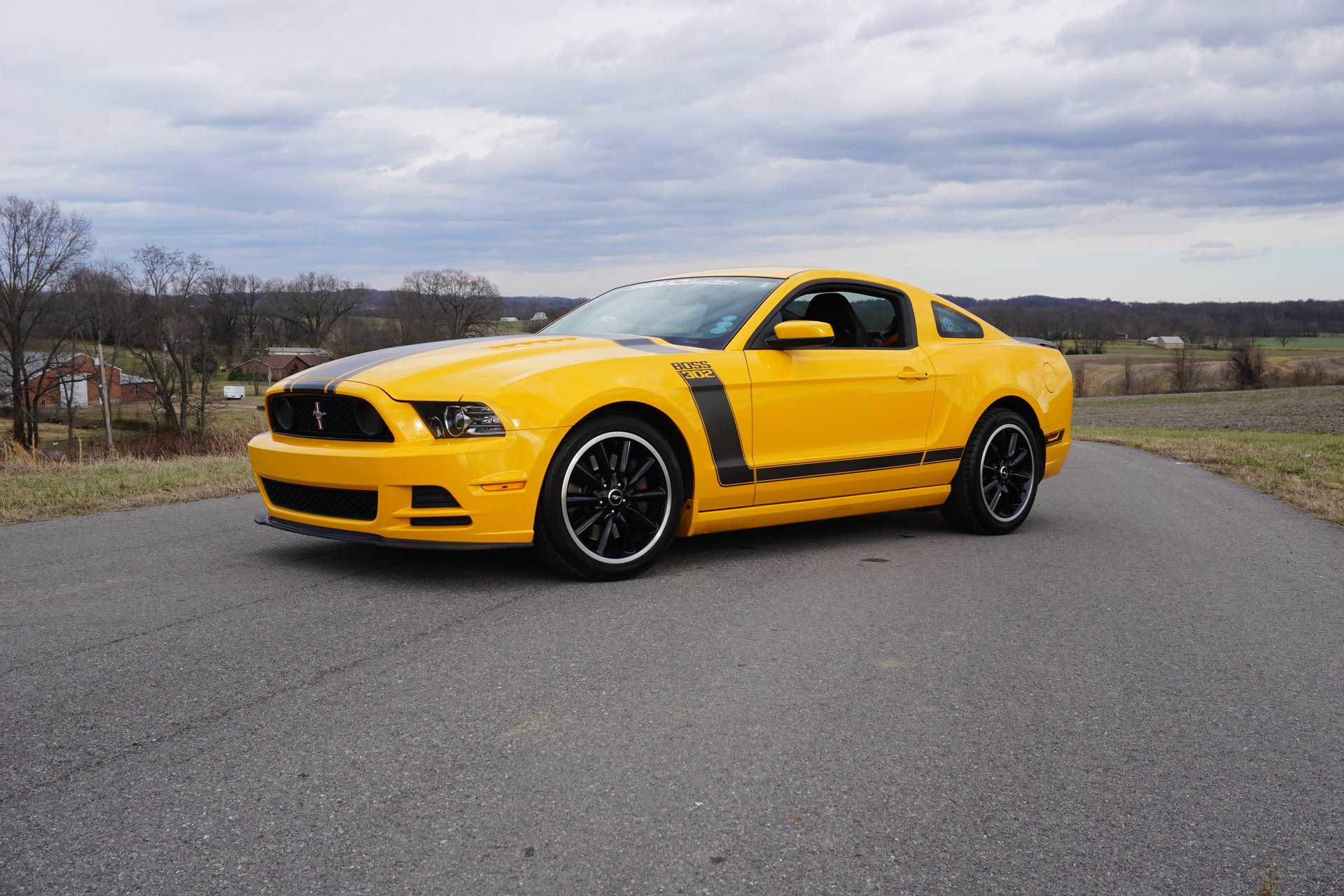 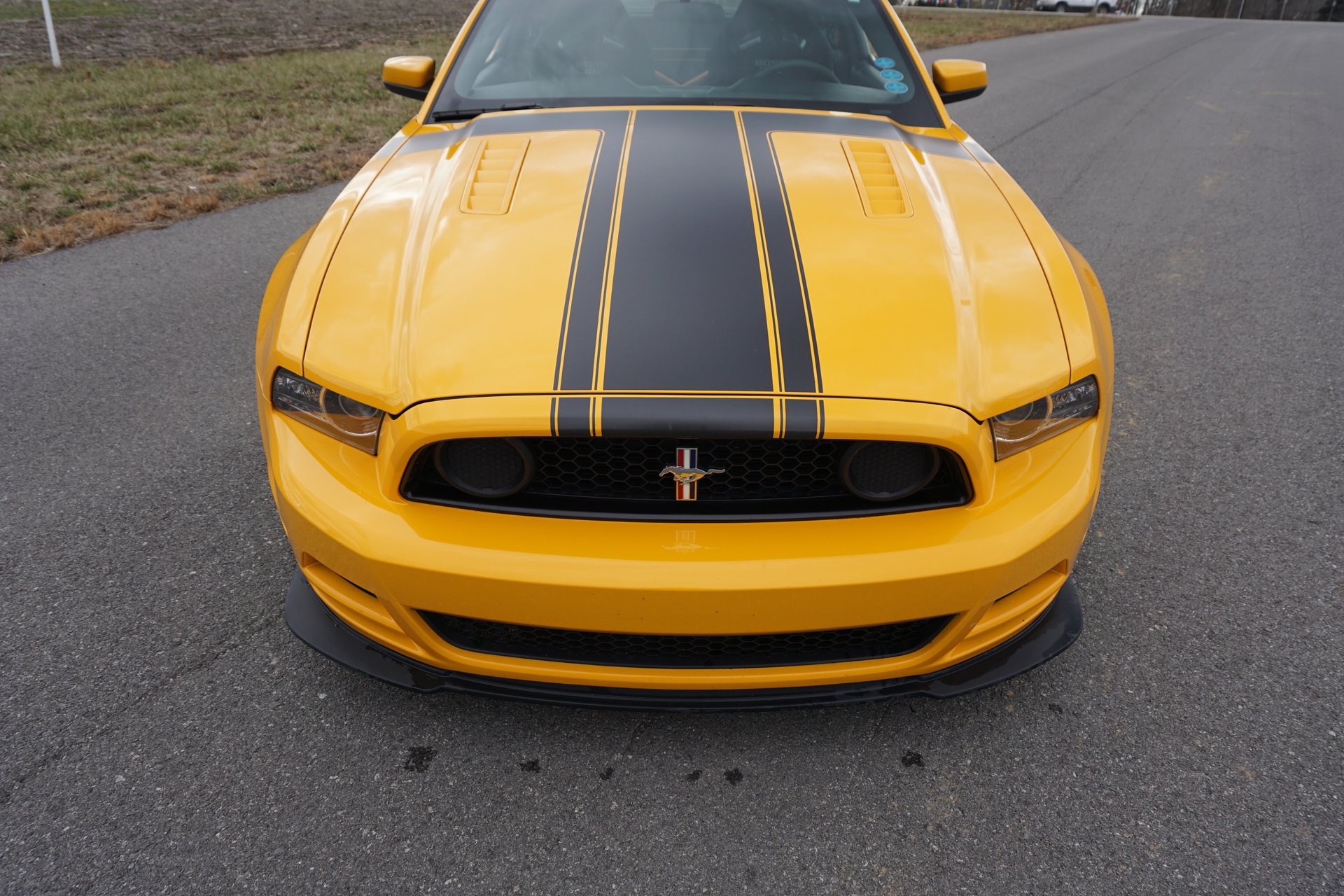 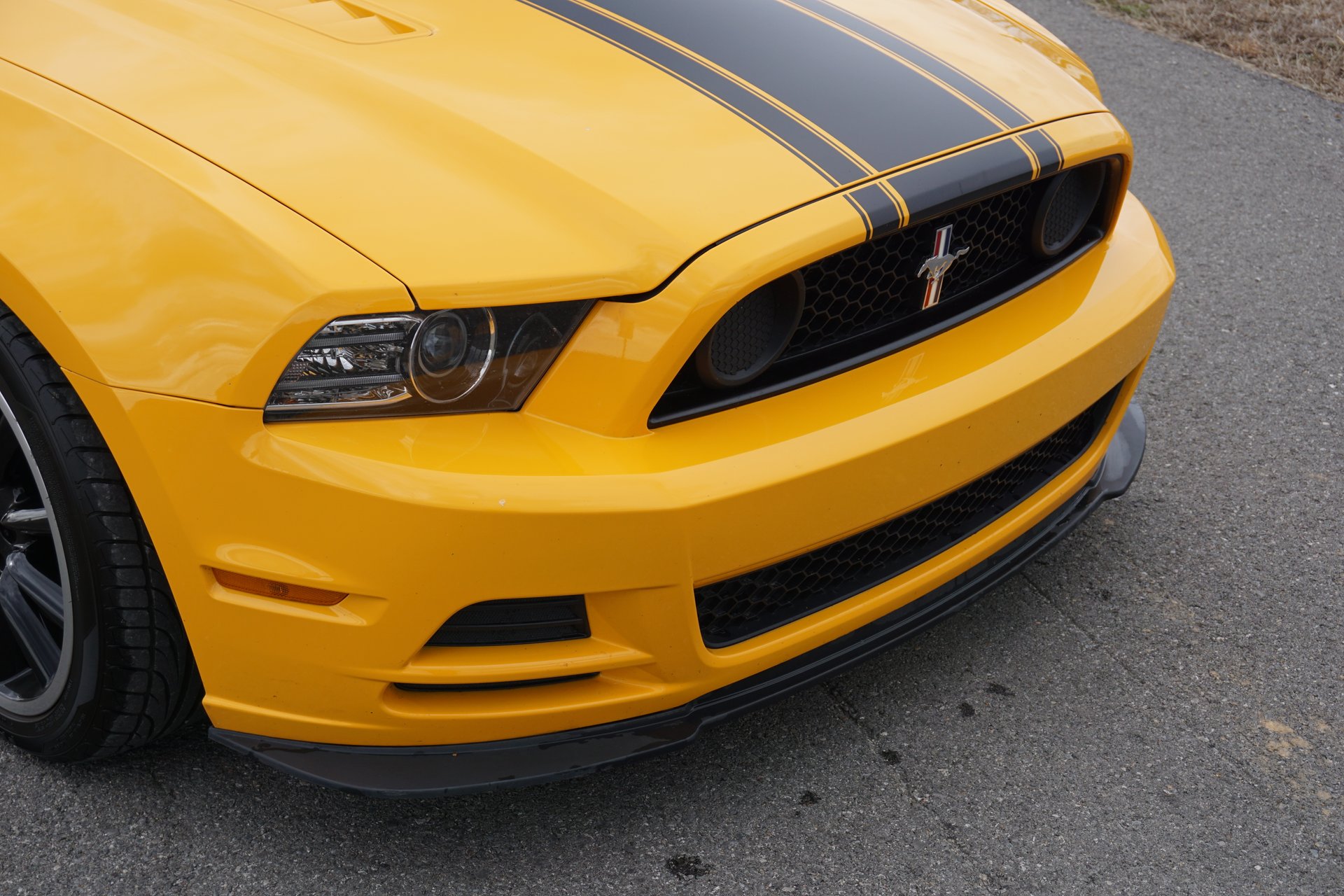 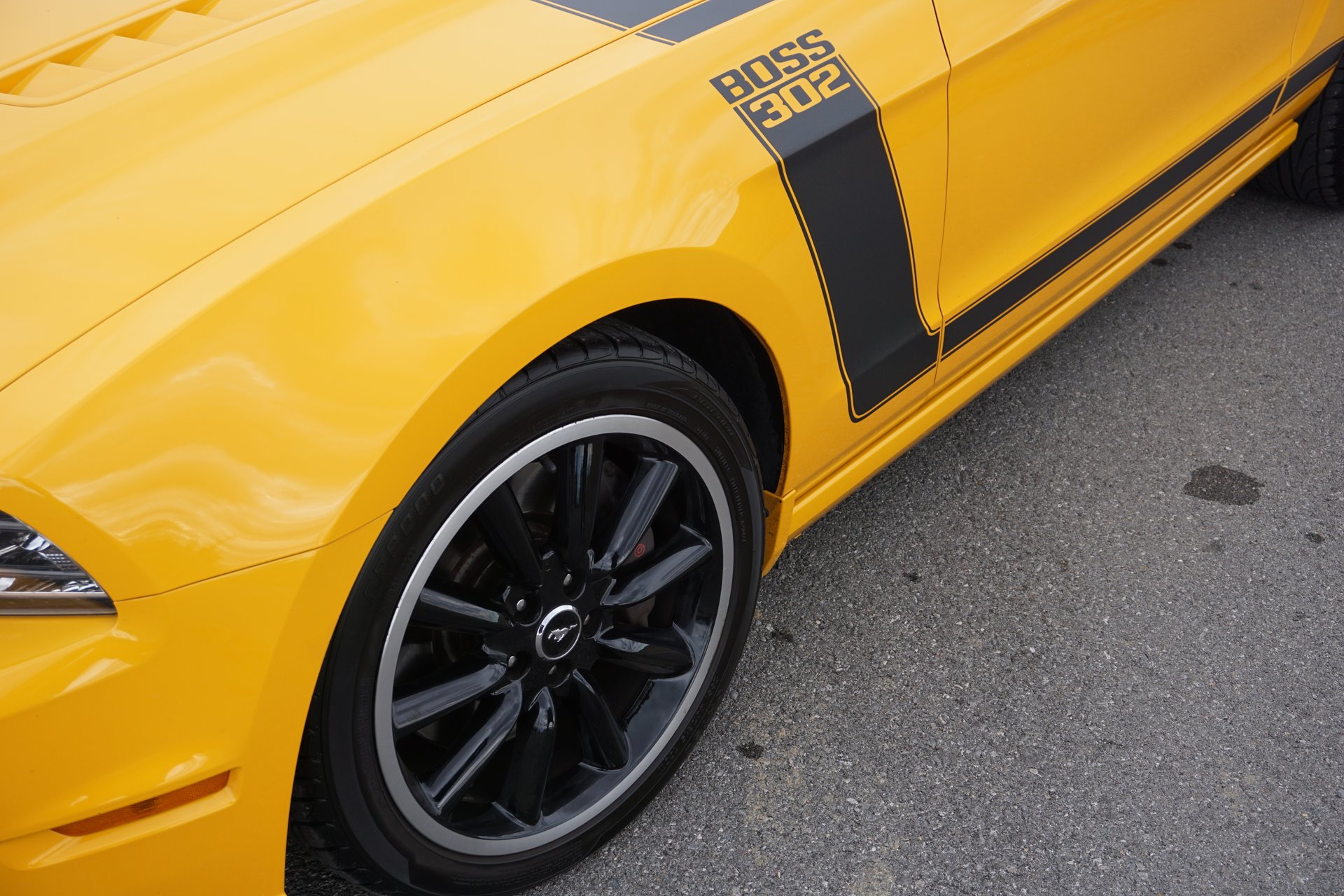 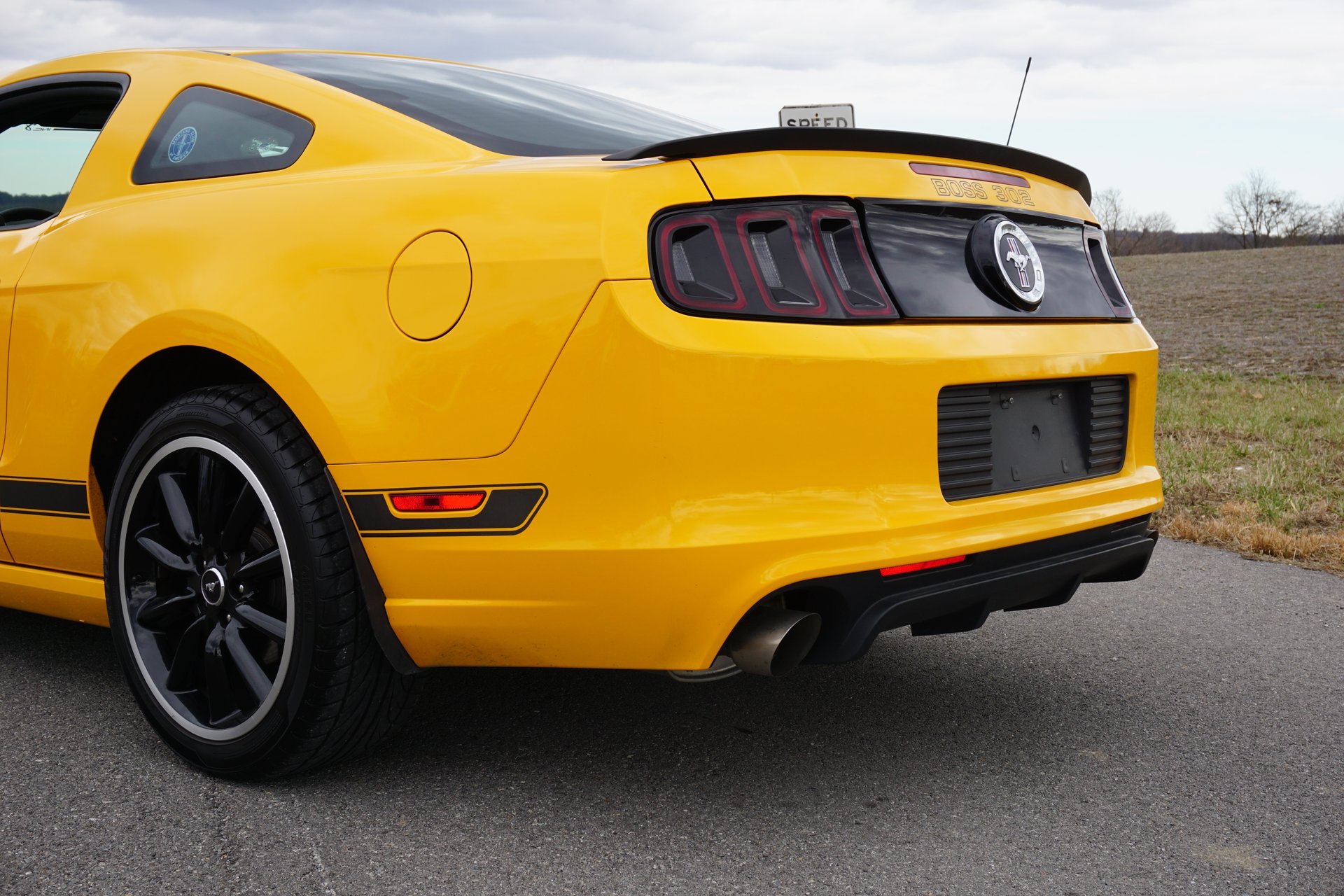 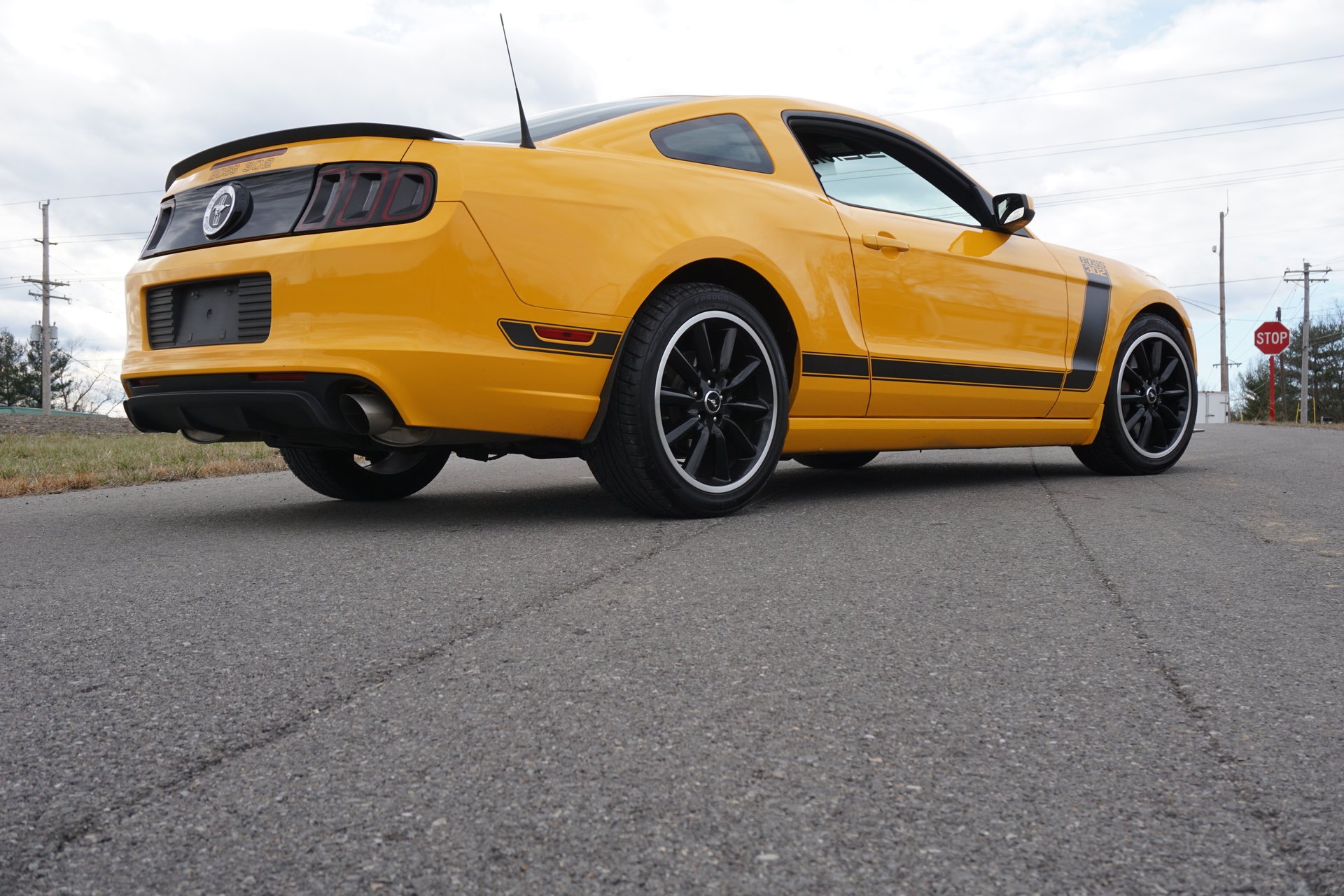 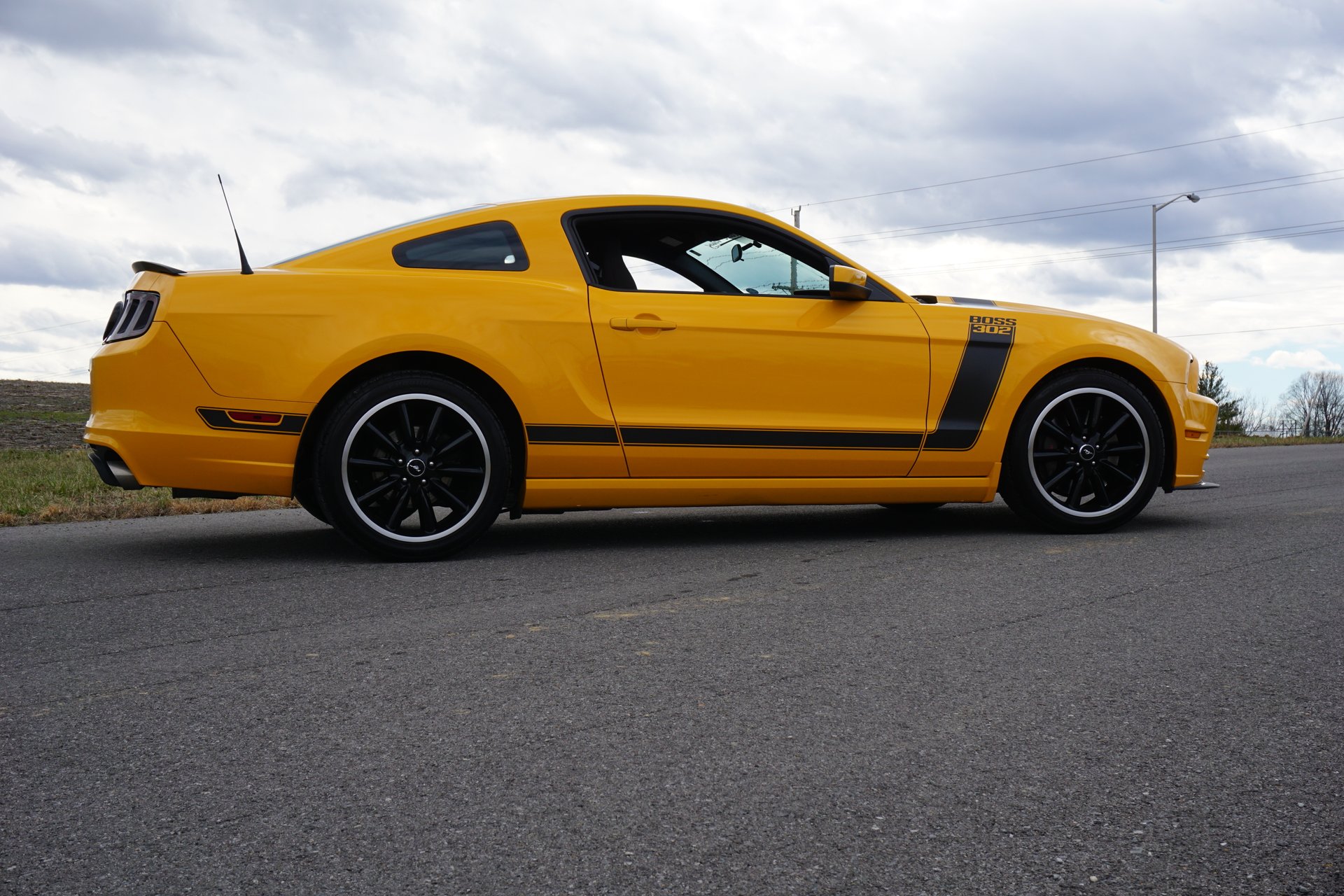 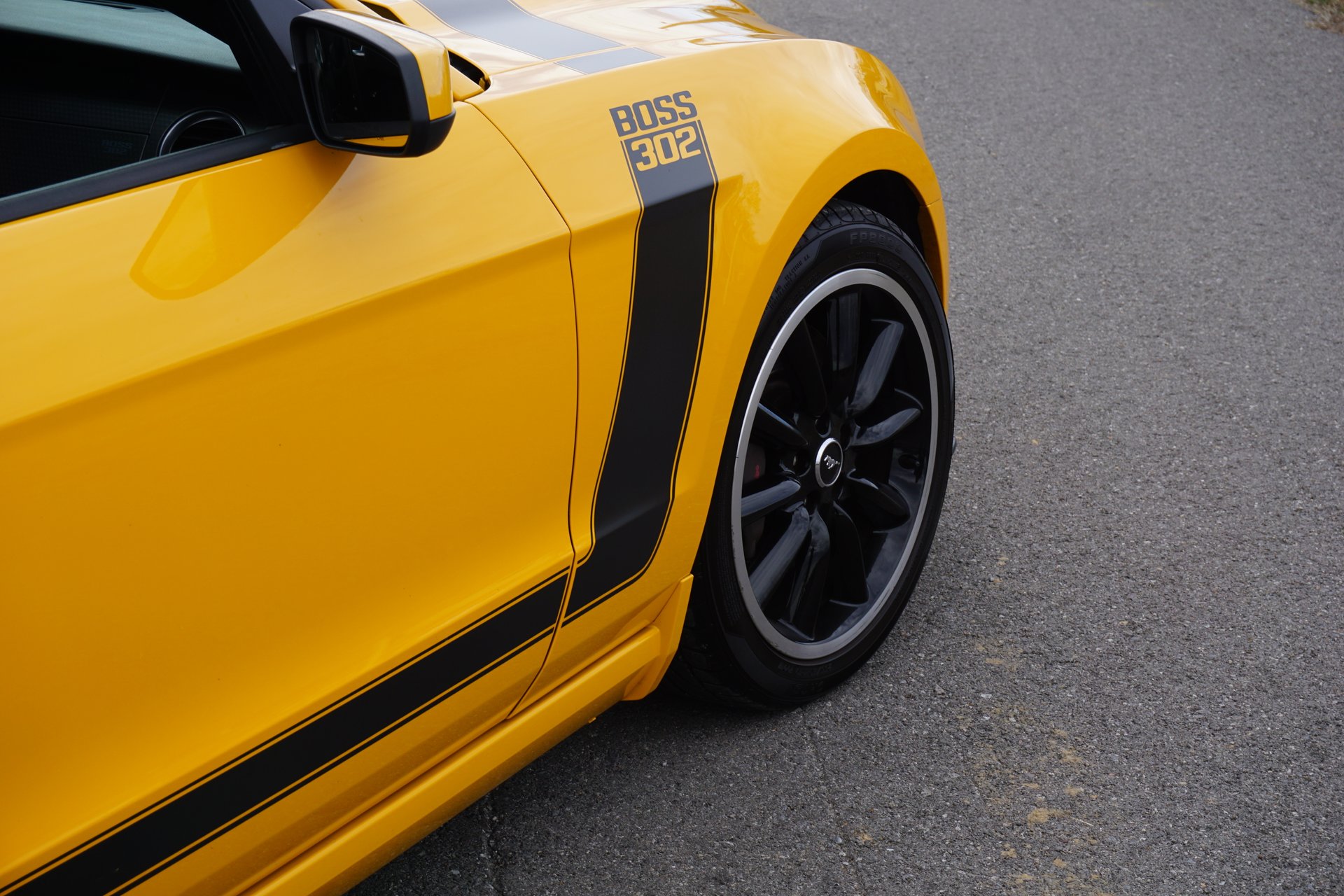 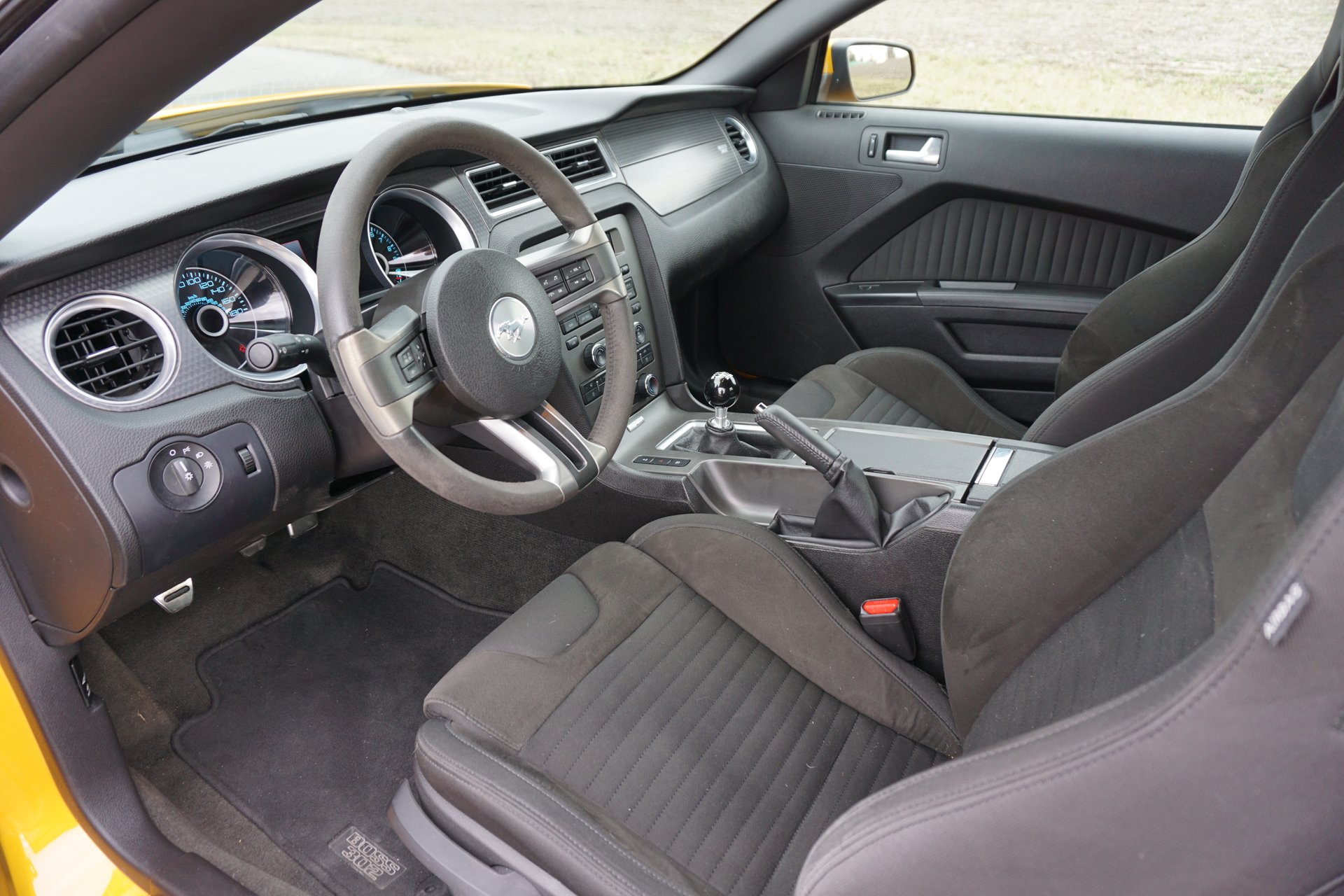 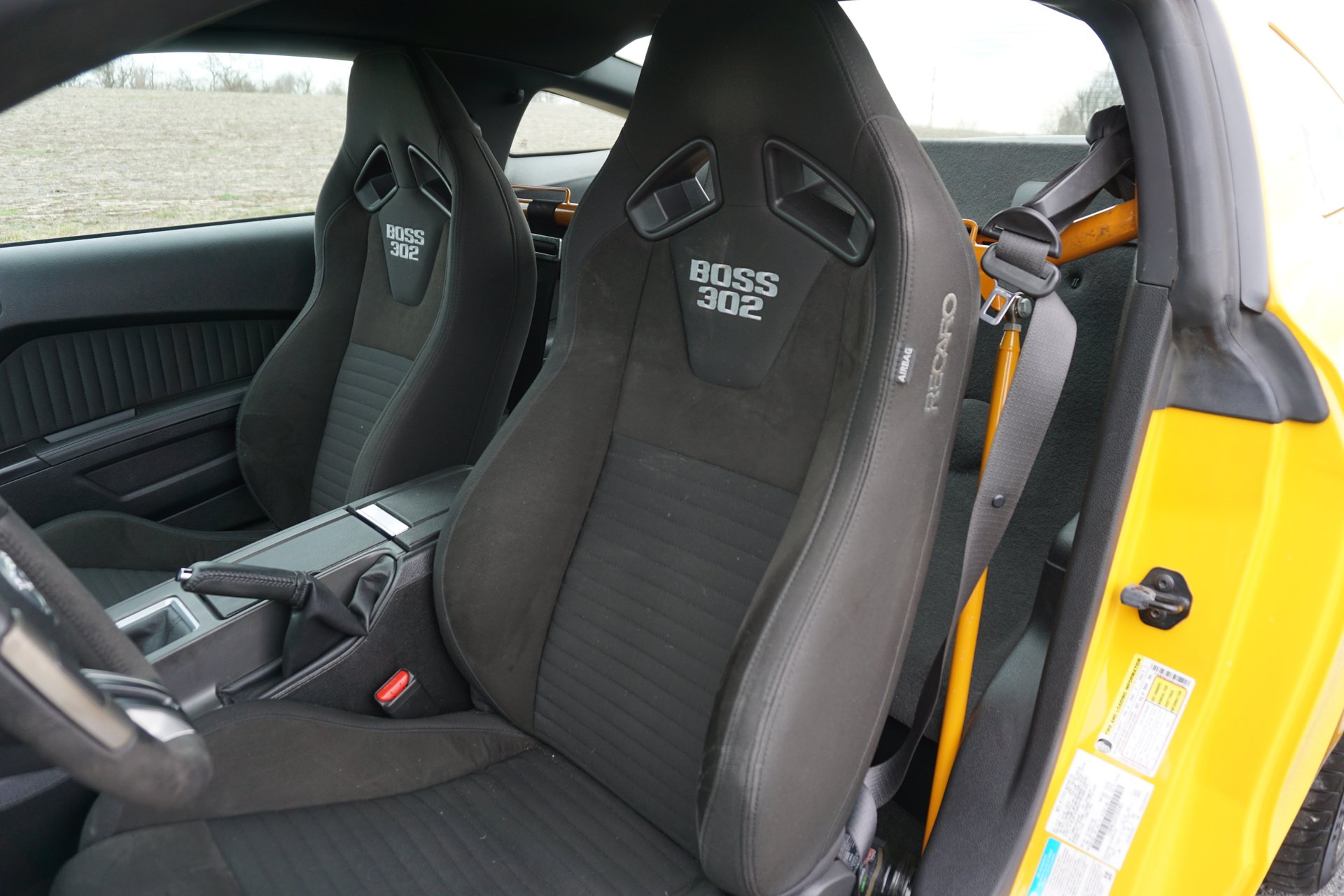 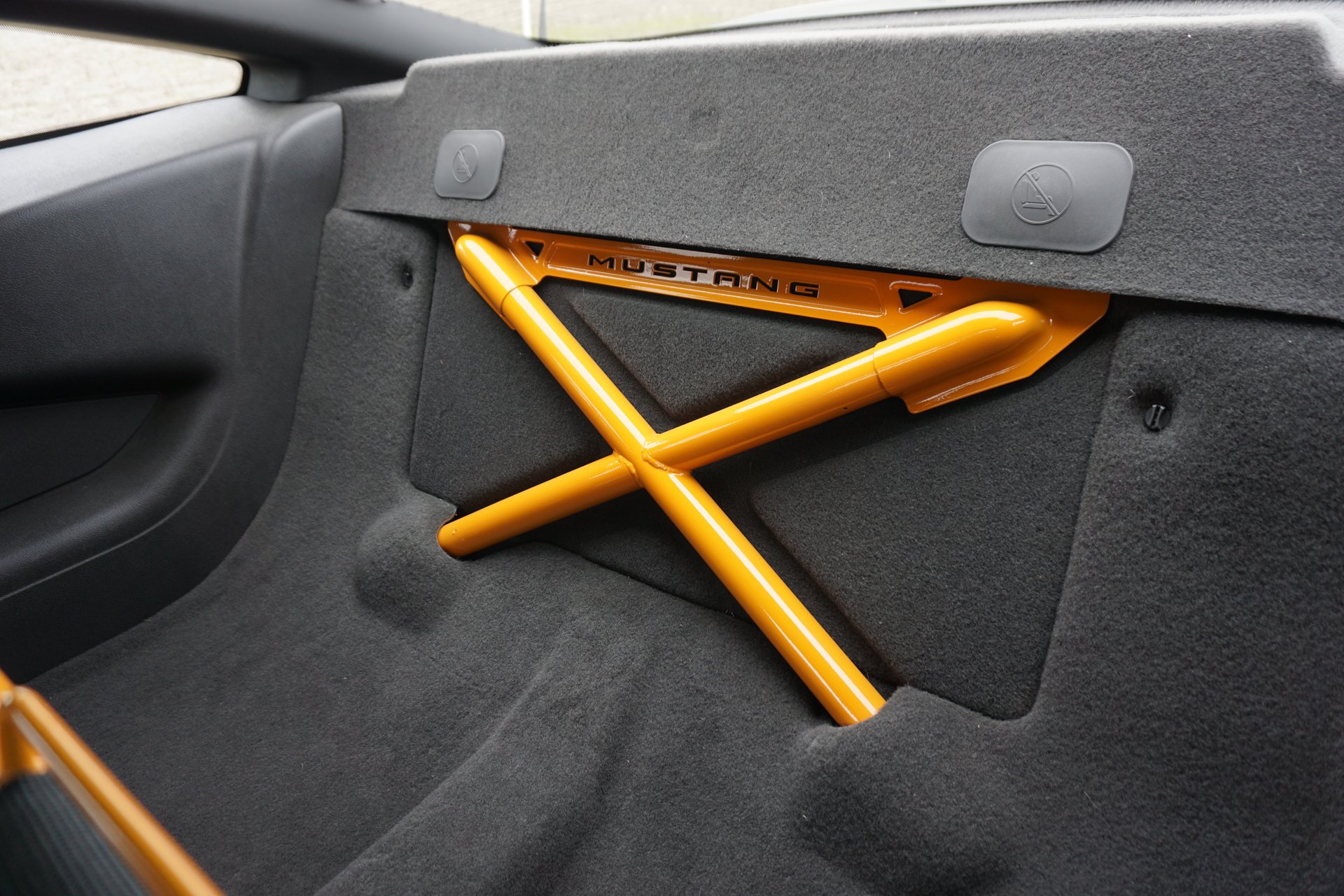 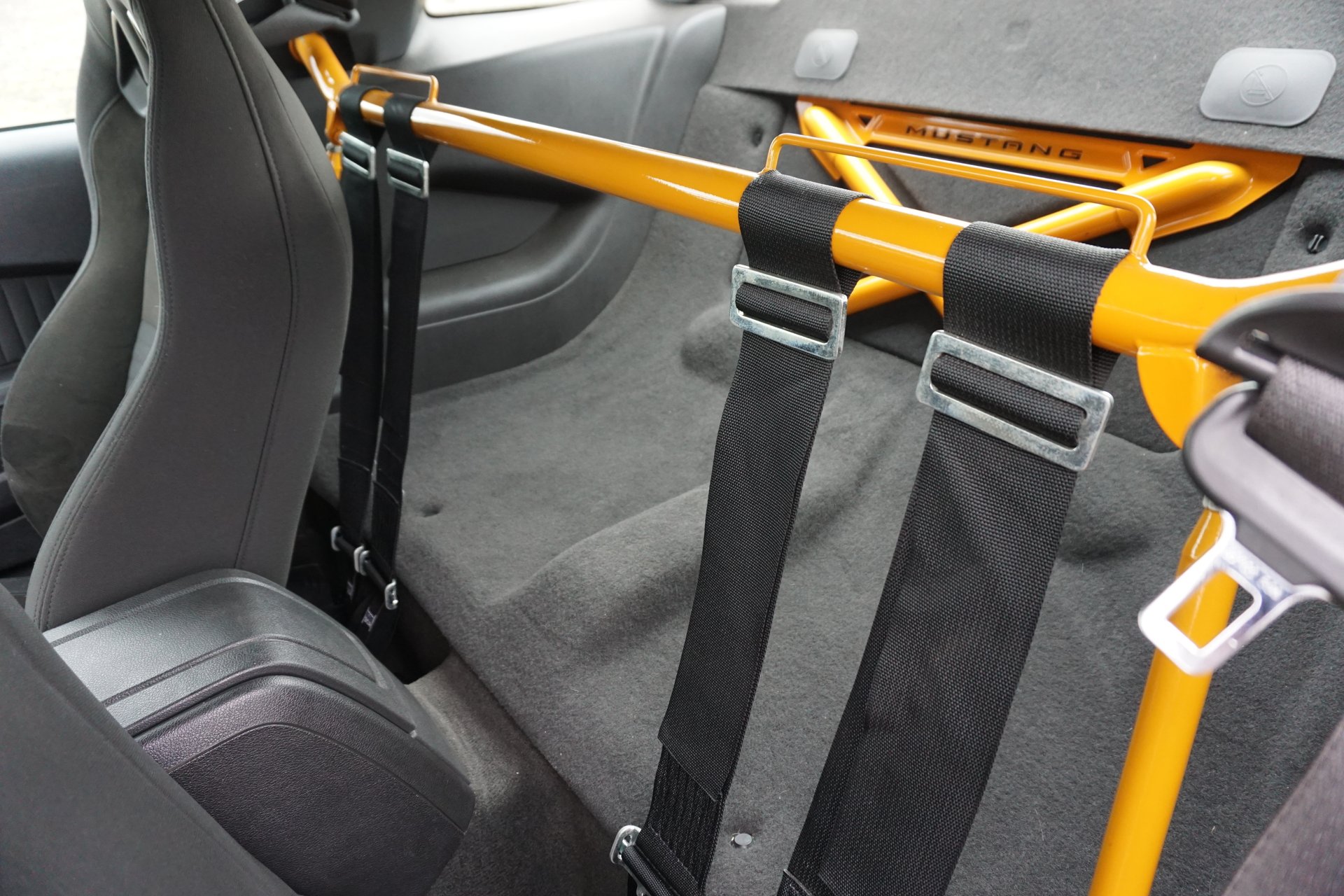 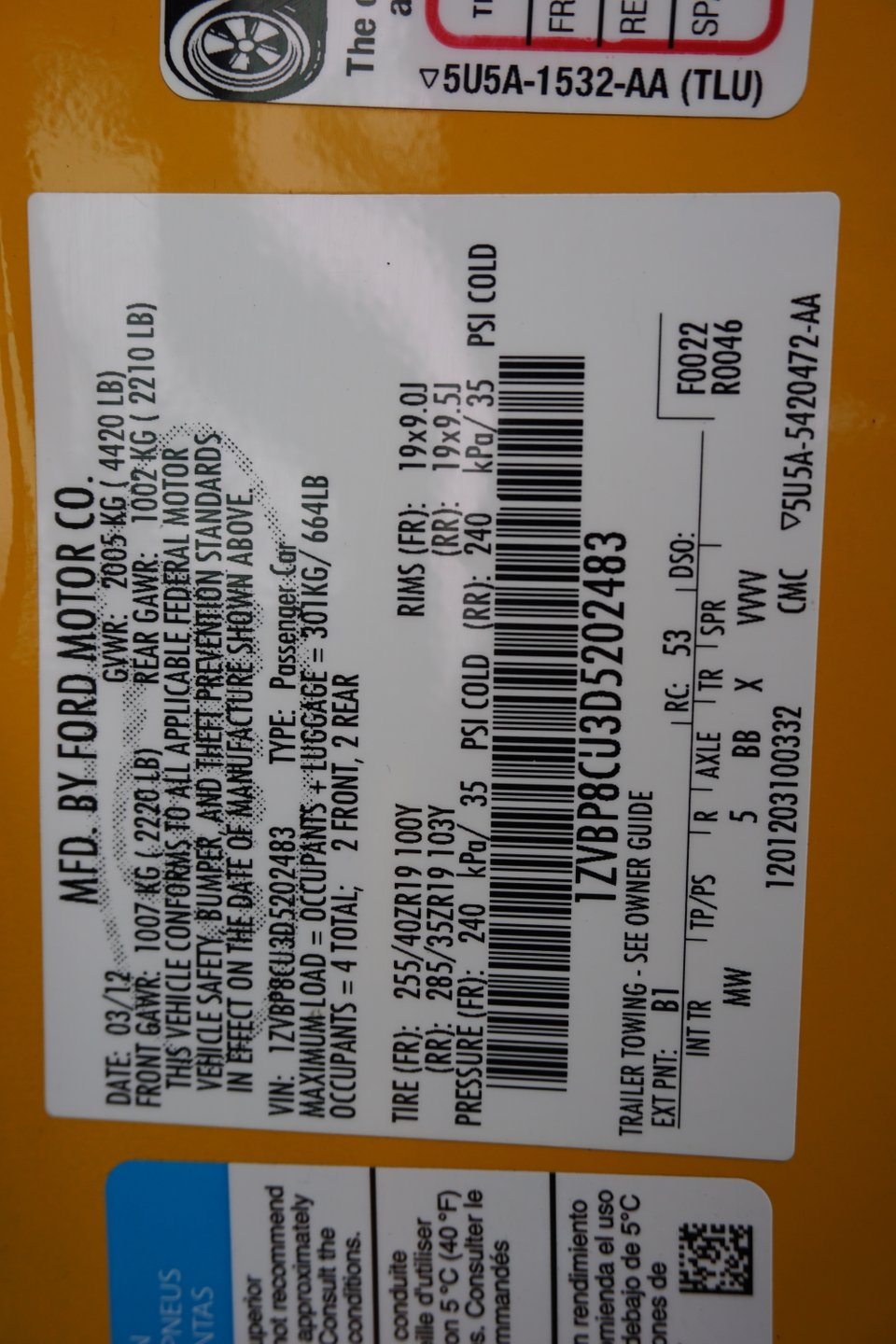 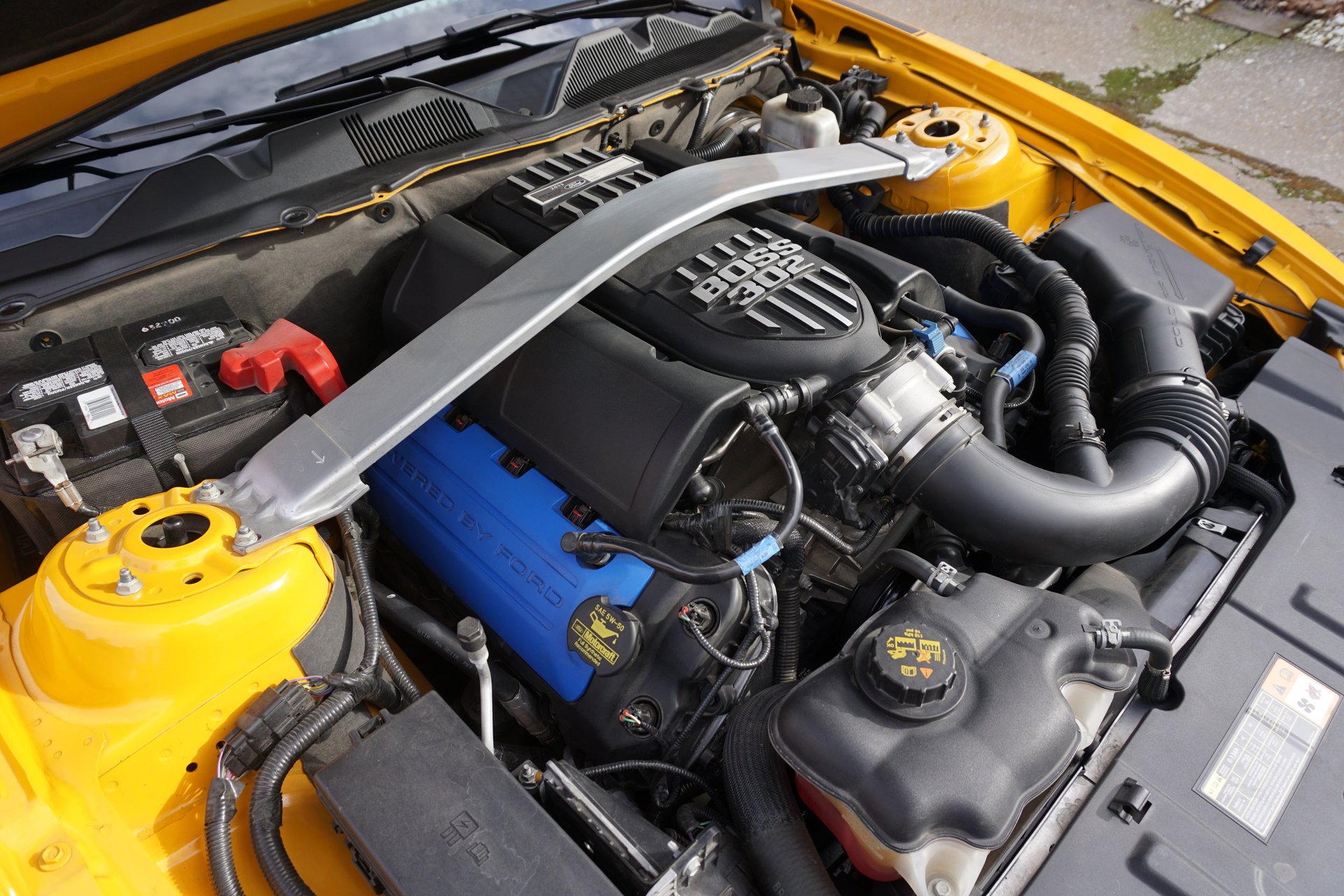 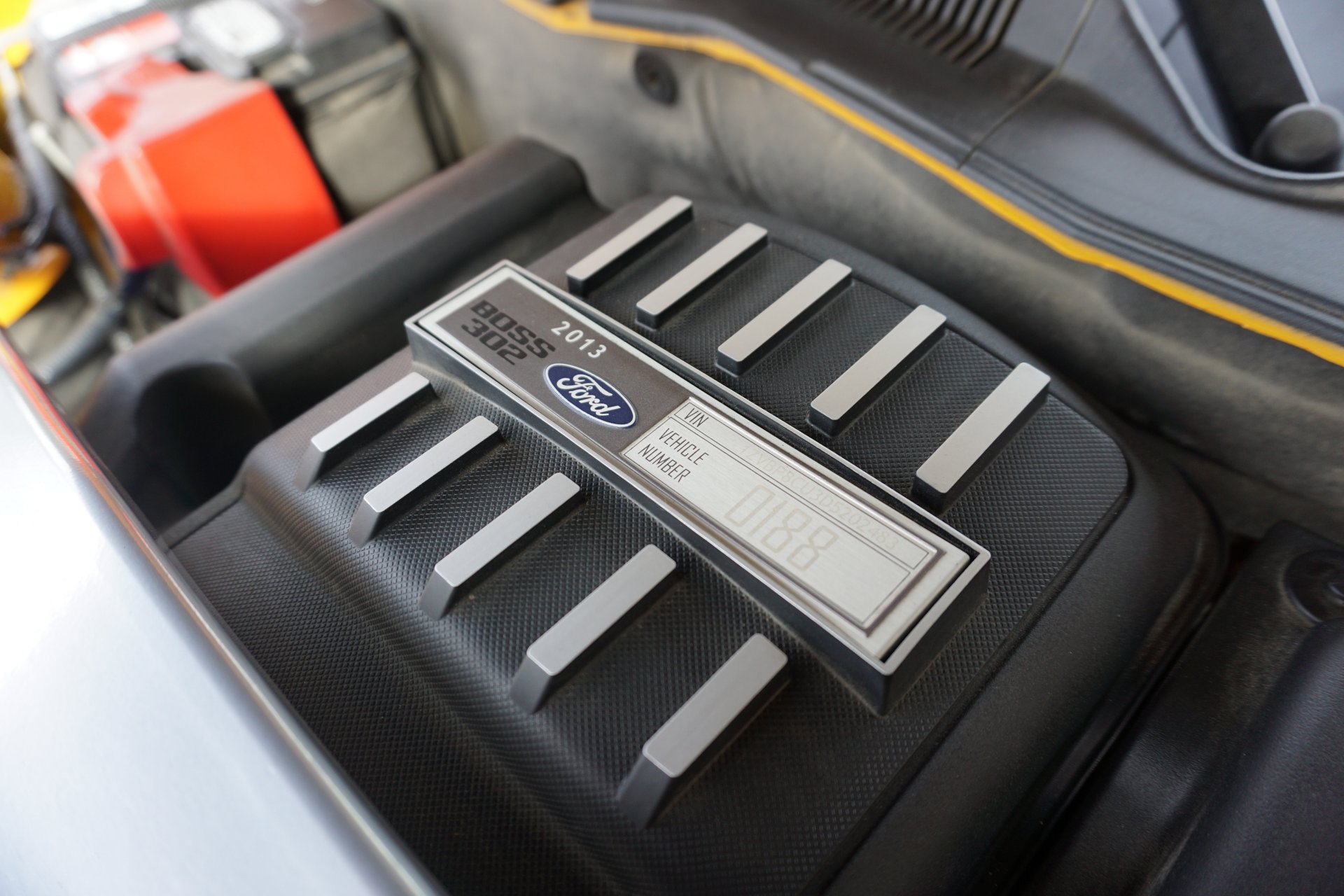 2013 Ford
Mustang Boss 302
From $449 / month
The 2013 Boss 302 Mustang was offered in a limited number of colors, including School Bus Yellow which was not available on regular production Mustangs. As a revival of the legendary Boss 302 from 1969-70, the 2013 Boss 302 was a track-ready Mustang packing unique high-performance components—high-revving 444-horsepower 5.0-liter engine with special 4-valve heads and box intake, Brembo brakes, higher-rate springs, 5-way manually adjustable struts and shocks, Pirelli PZero tires on 10-spoke wheels, and the first-time use of a quad exhaust system with tuned side-exits for a more aggressive sound. Externally, the modern Boss stood out with "Hockey-Stick" style stripes like 1970, unique front end with splitter, blocked-off fog-light openings in the grille, and rear spoiler. Only 3,553 2013 Boss 302s were produced. This is one of only 856 painted School Bus Yellow (Not including Laguna Seca models), production number 0188 showing just under 40,000 original miles, is equipped with the Boss 302 upgraded Coyote 5.0-liter, 6-speed manual transmission and 3.73:1 gears. It is also equipped with the optional Recaro bucket seats and Torsen limited-slip differential. #188 has been upgraded with the Ford Racing Rear Seat Delete Kit (color keyed to the exterior) which was standard on the Laguna Seca models. Additionally a color-keyed corbeau bar and 5-point Boss 302 racing belts have been added. Noting the collectibility of the car, all the original rear seat components were kept and come with the vehicle.The Mustang comes with the factory Boss 302 car cover, window sticker and the Ford-supplied Boss Owners Kit, which includes a poster, key fob, racing gloves, Ford “Remakes a Legend” DVD, and a copy of the Ford-commissioned launch book, “Mustang Boss 302: From Racing Legend to Modern Muscle Car.” Also included are all service records and the original battery and original Pirelli P Zero tires which were saved after being serviced.