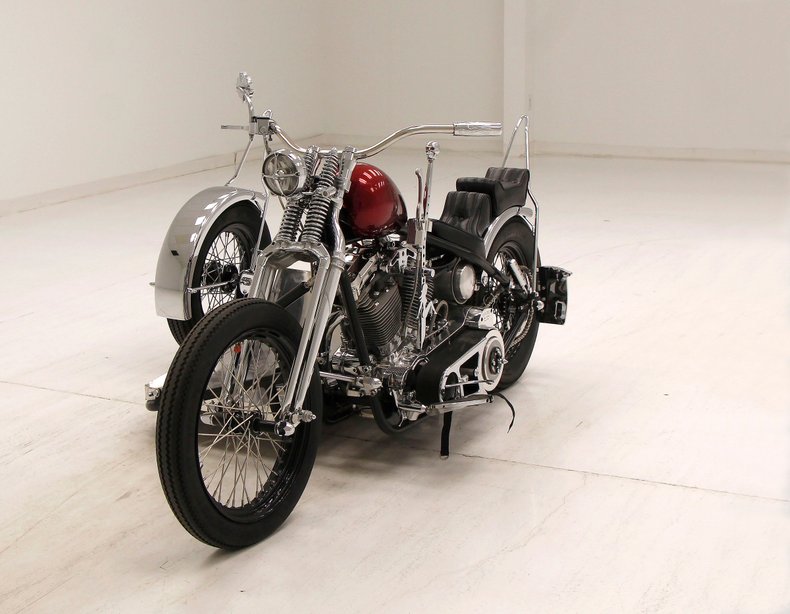 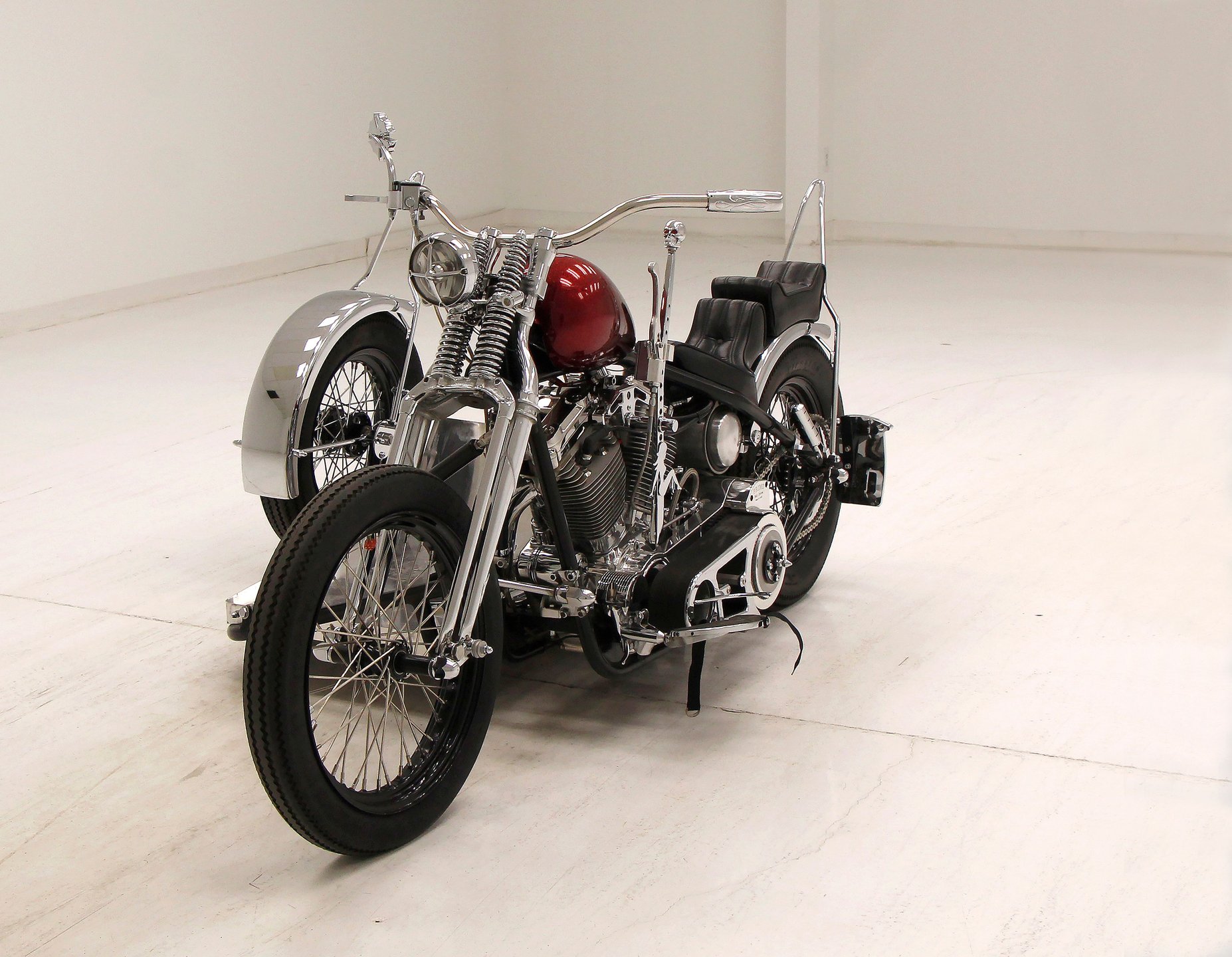 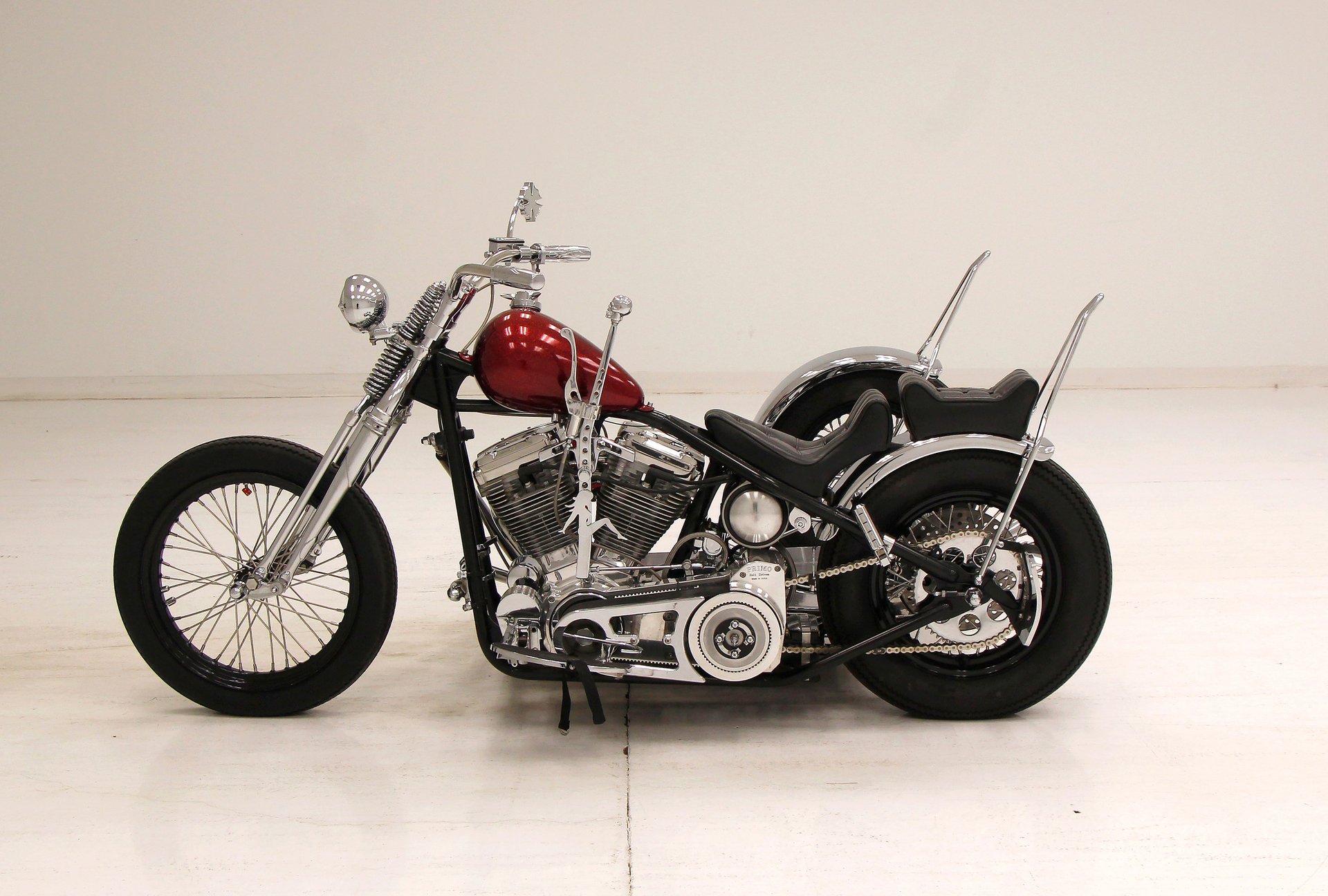 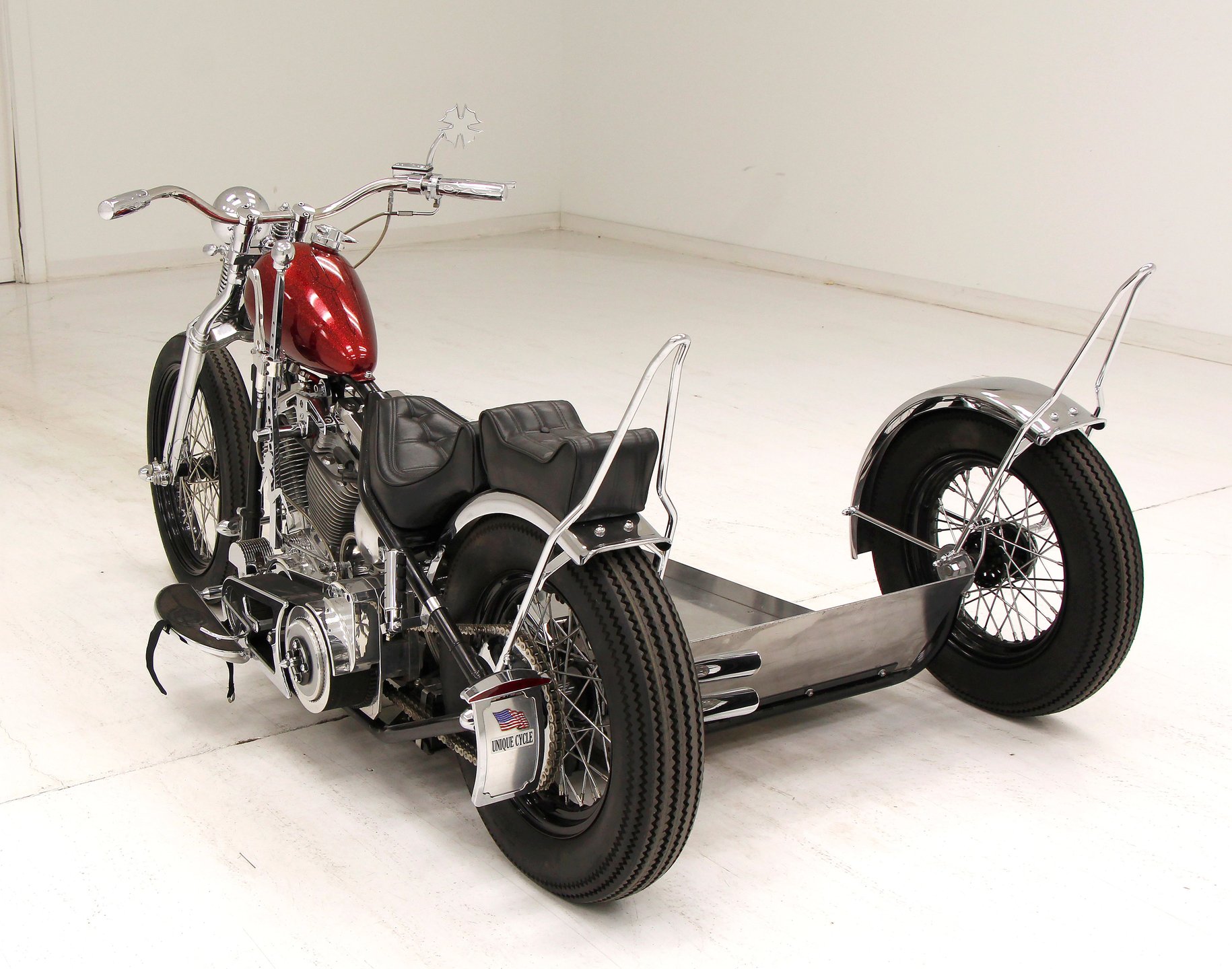 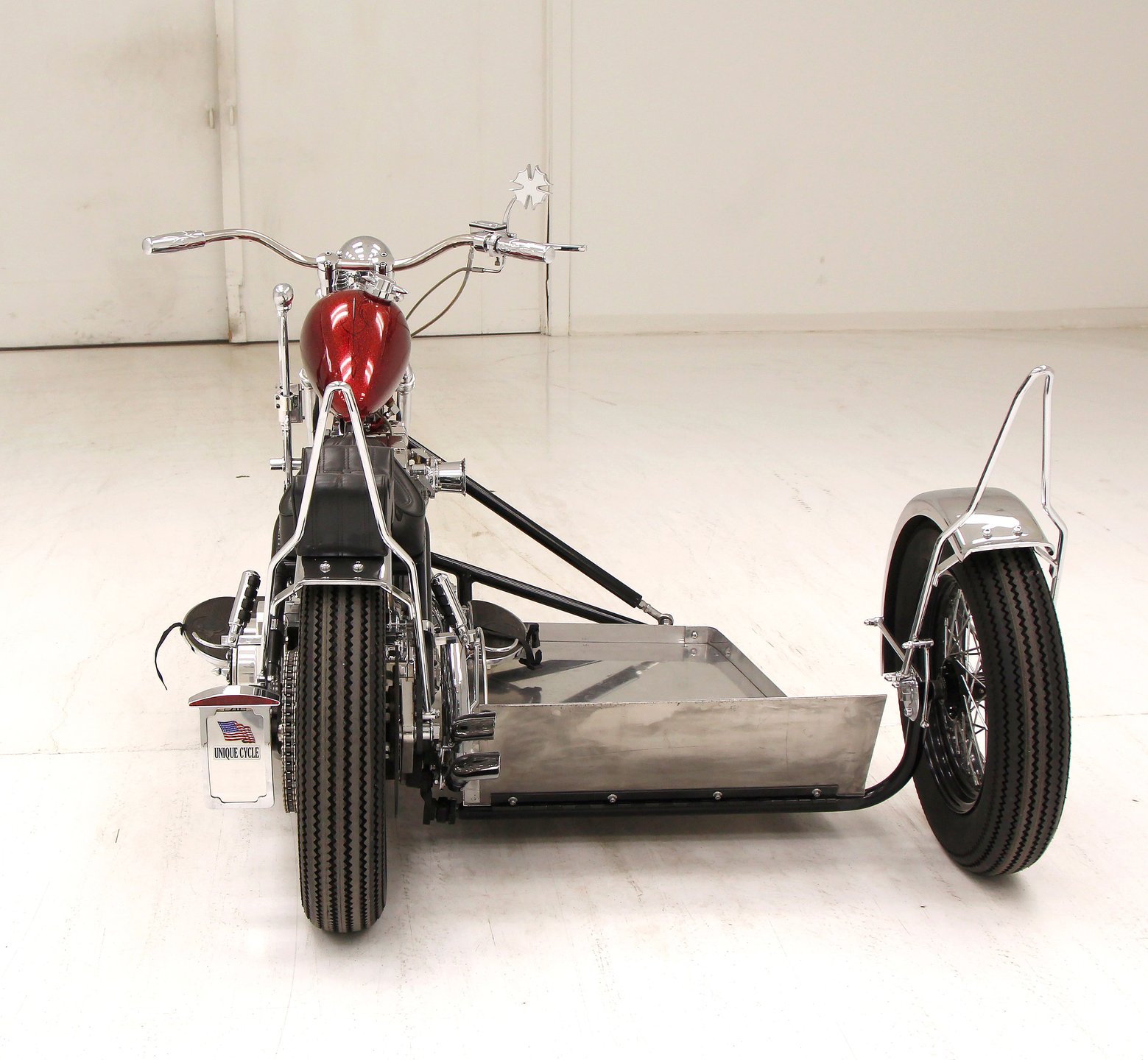 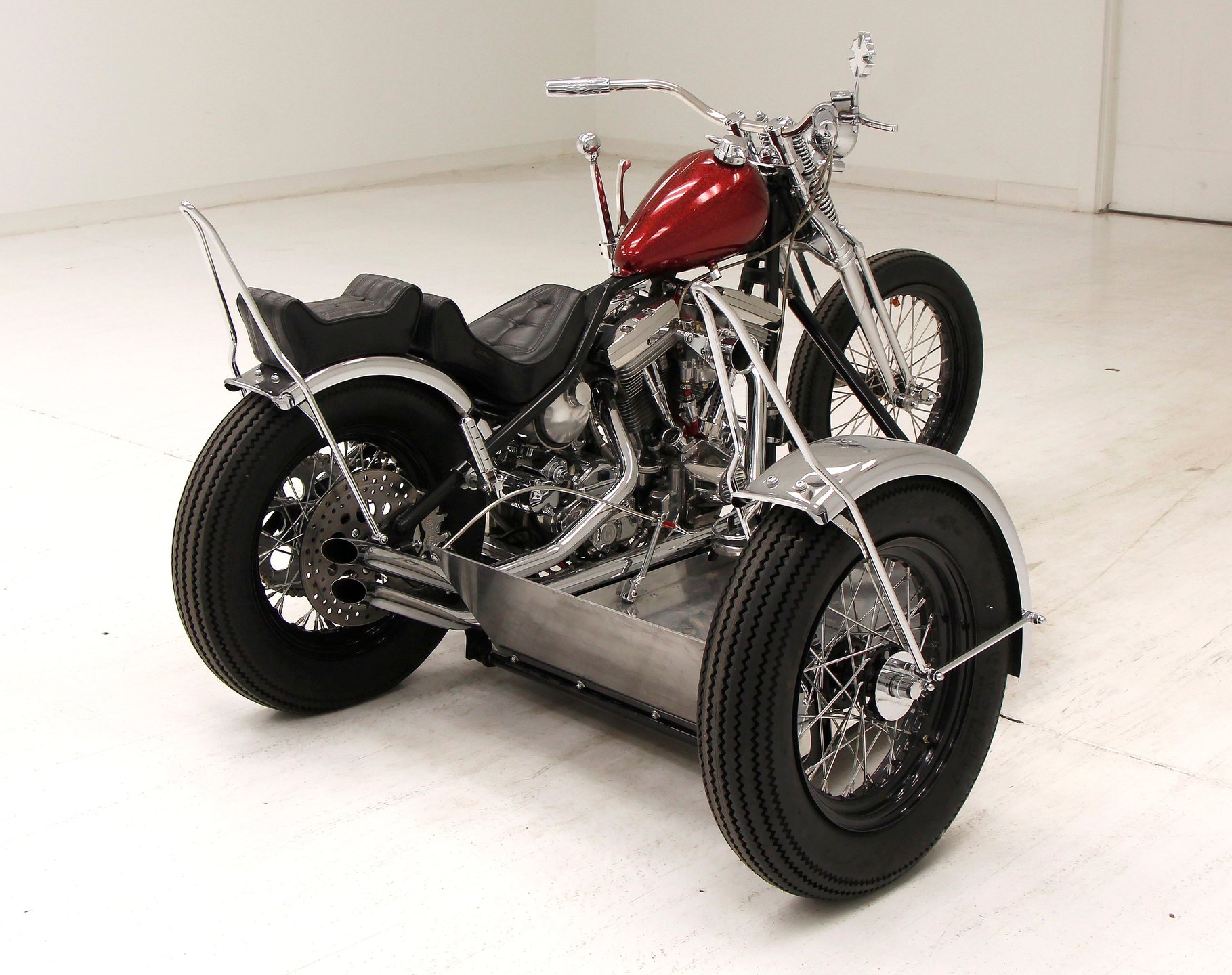 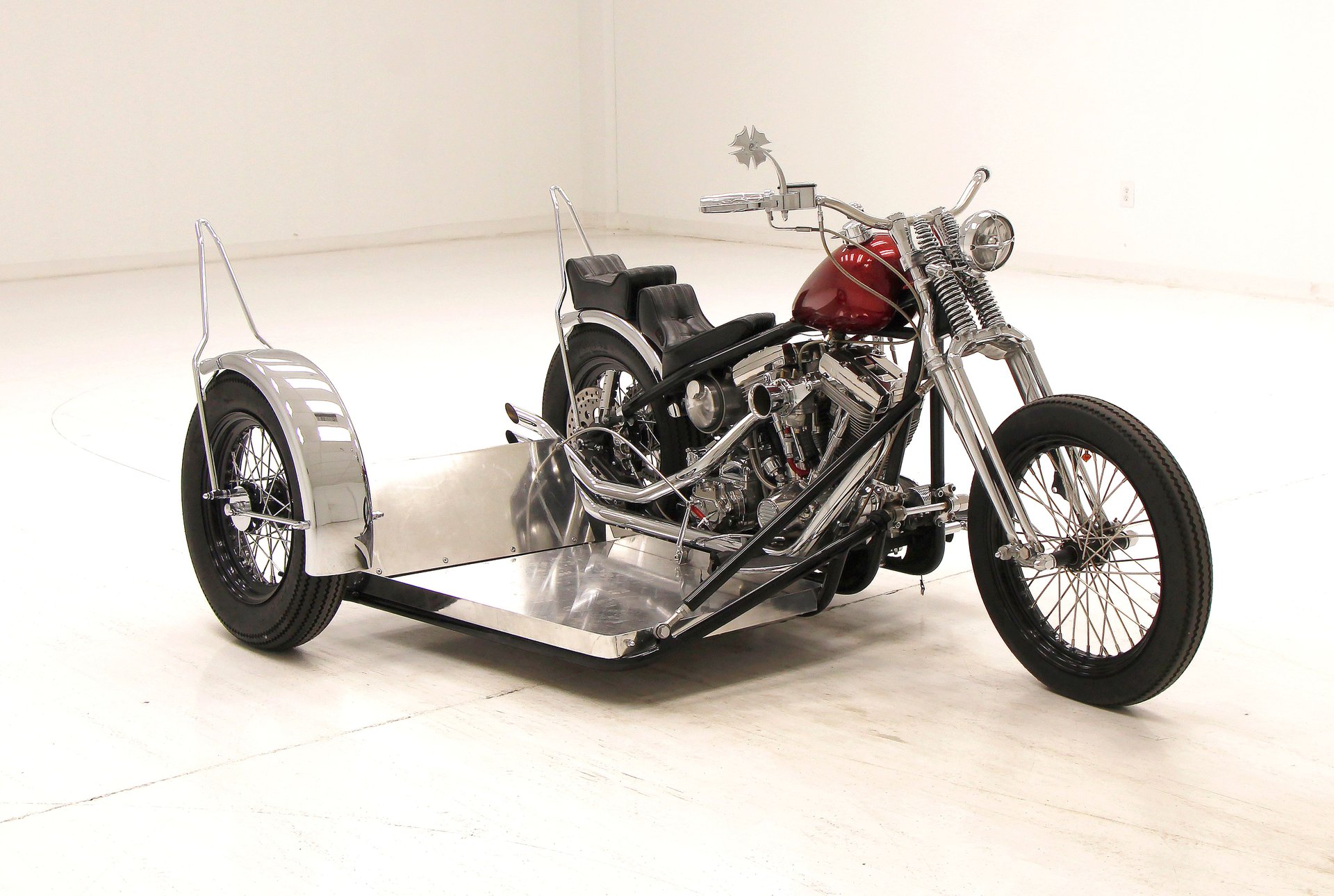 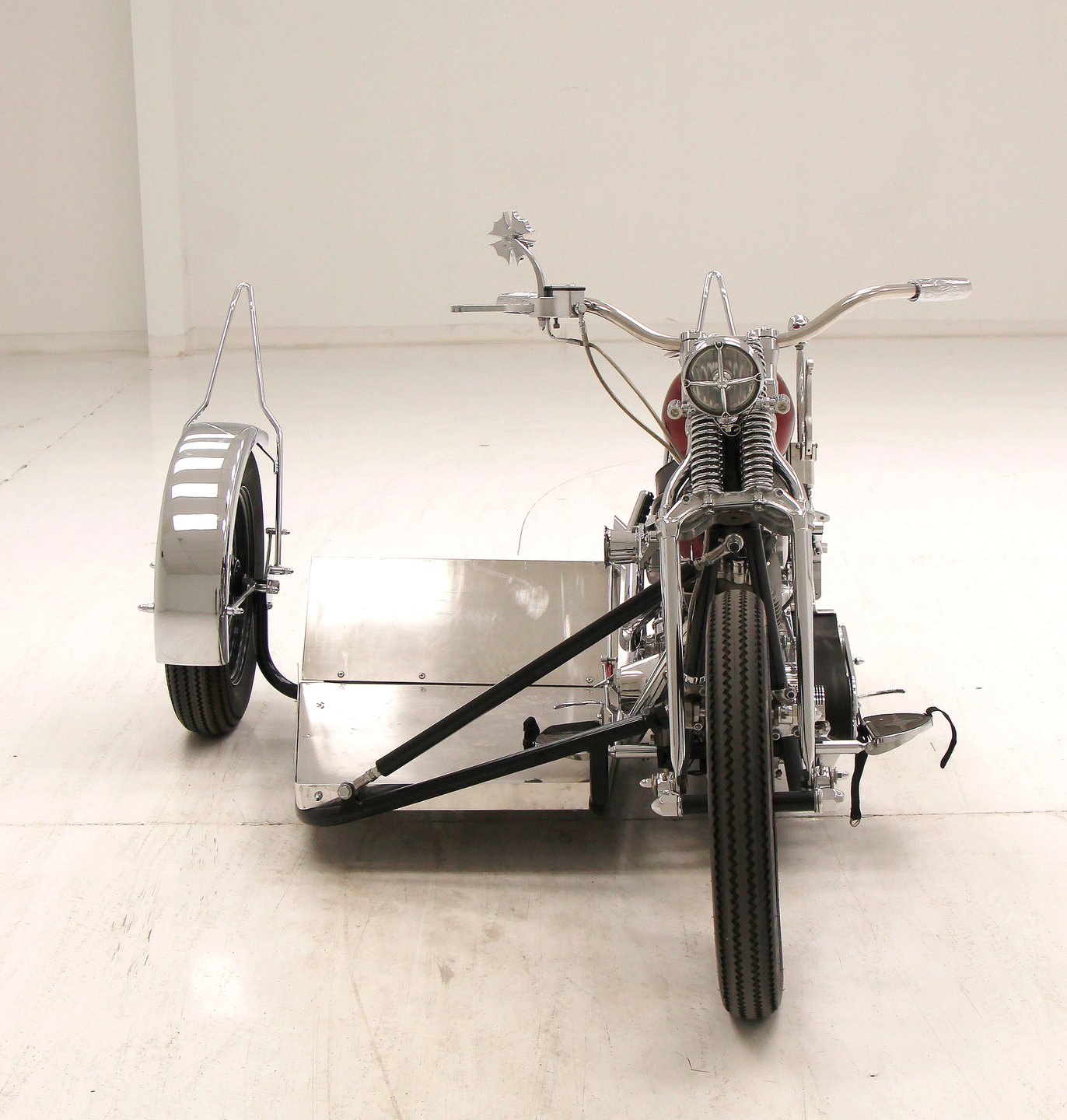 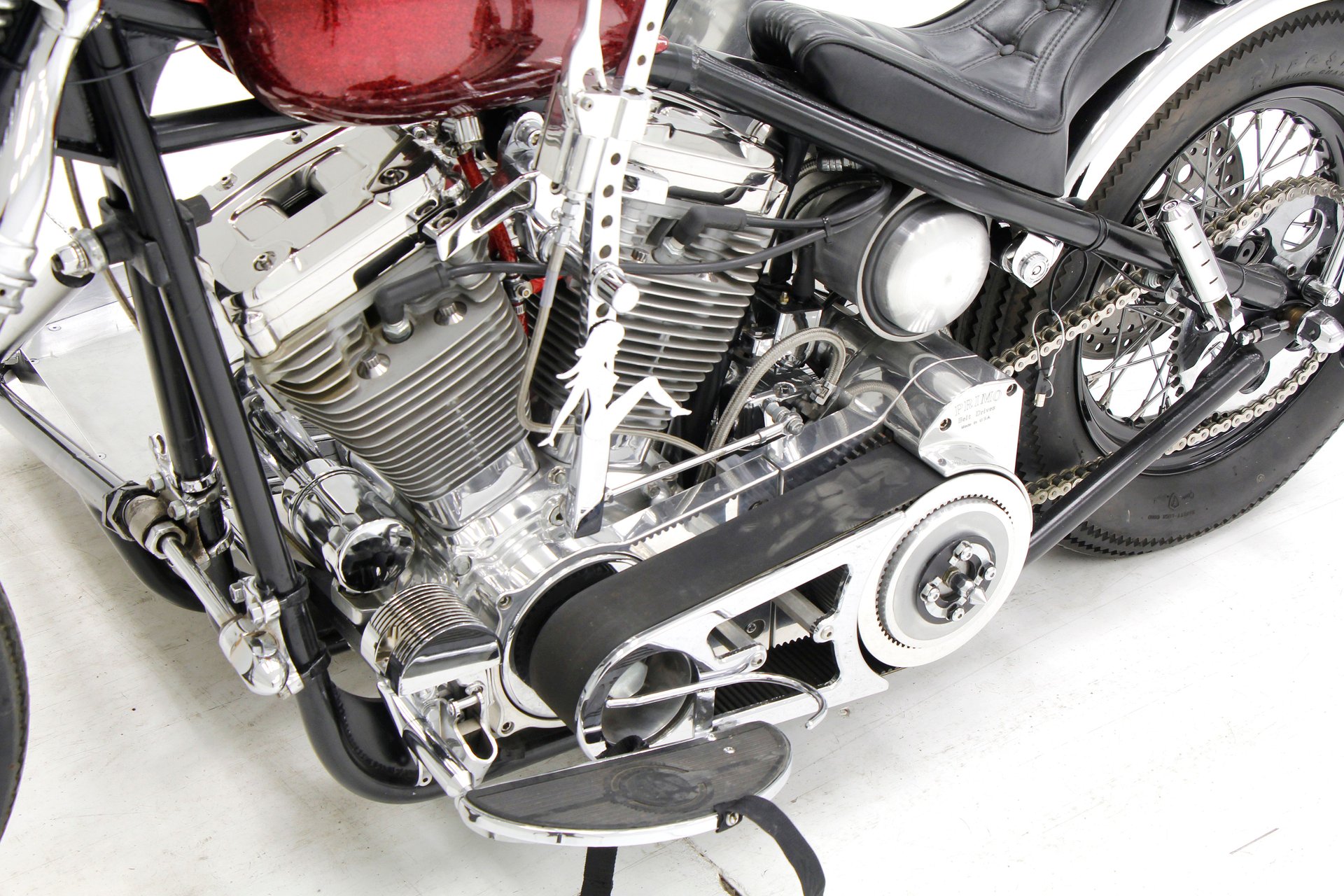 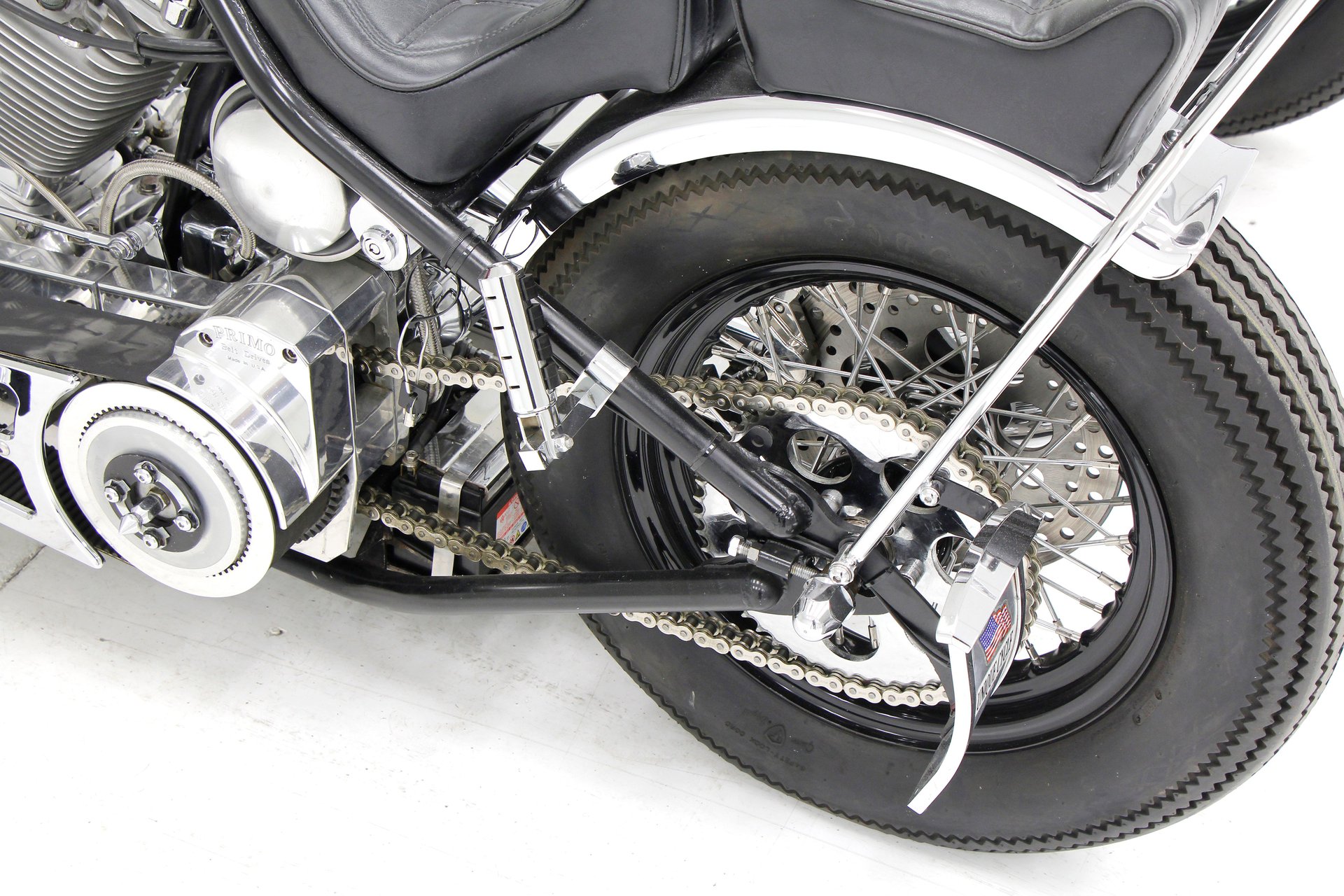 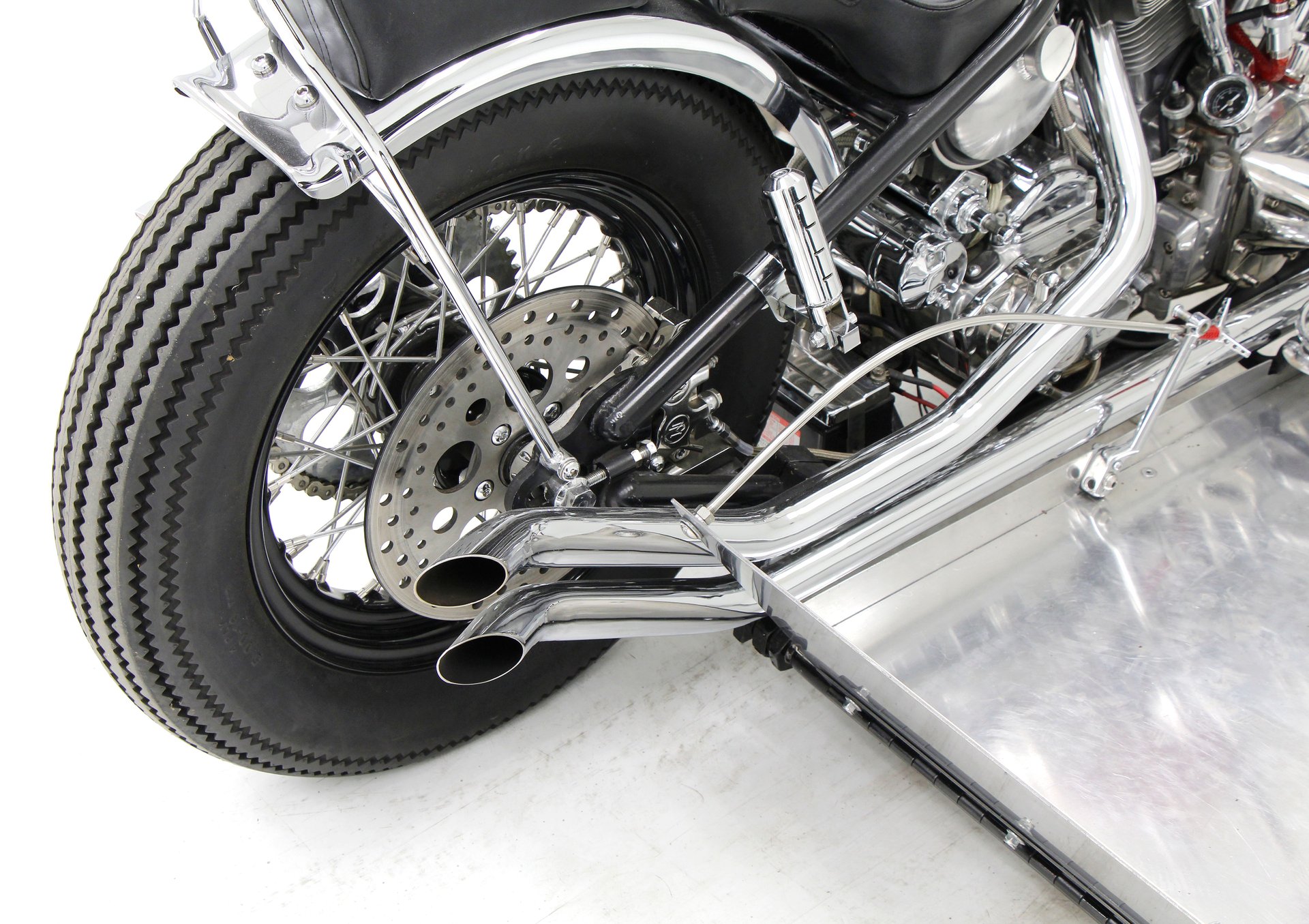 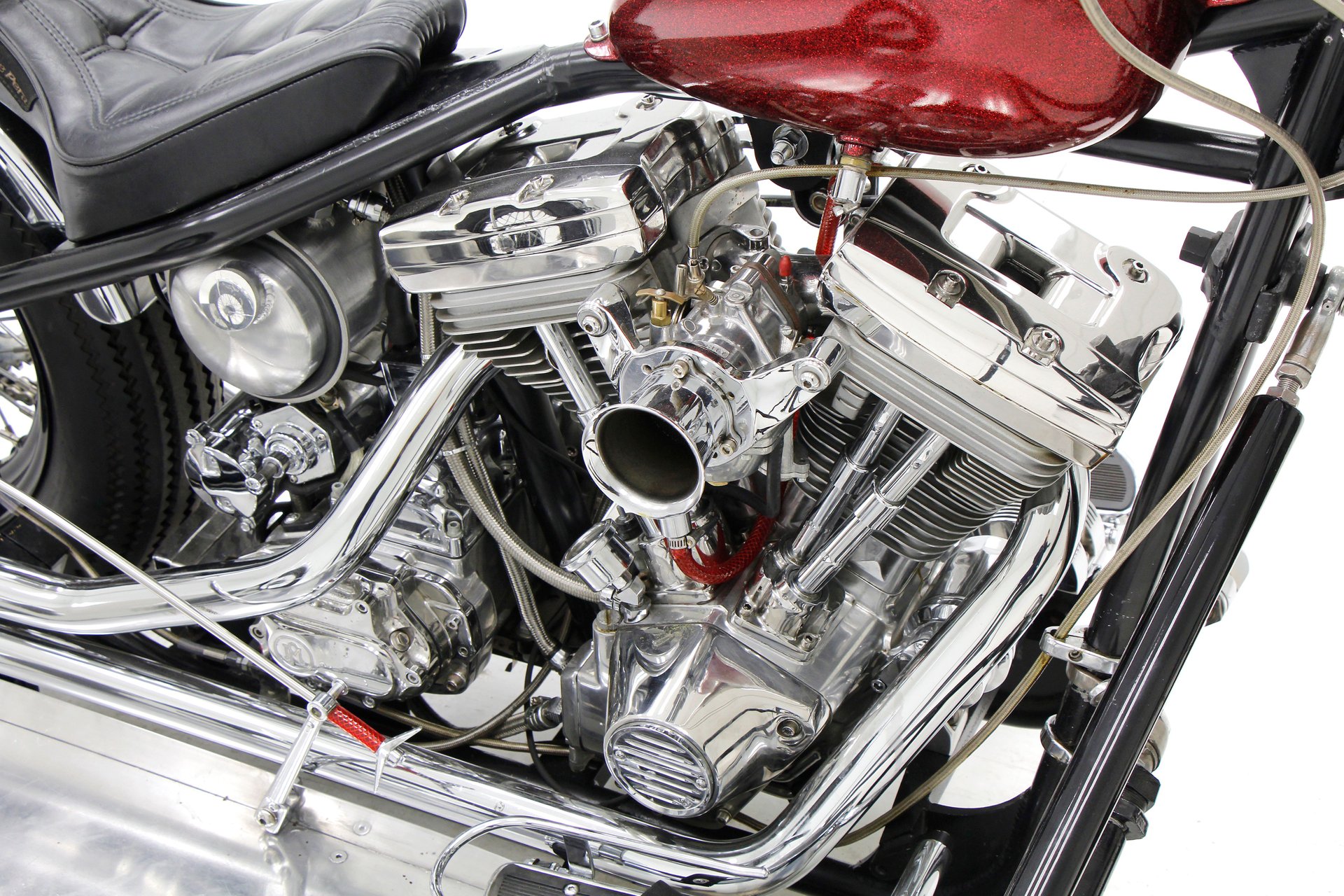 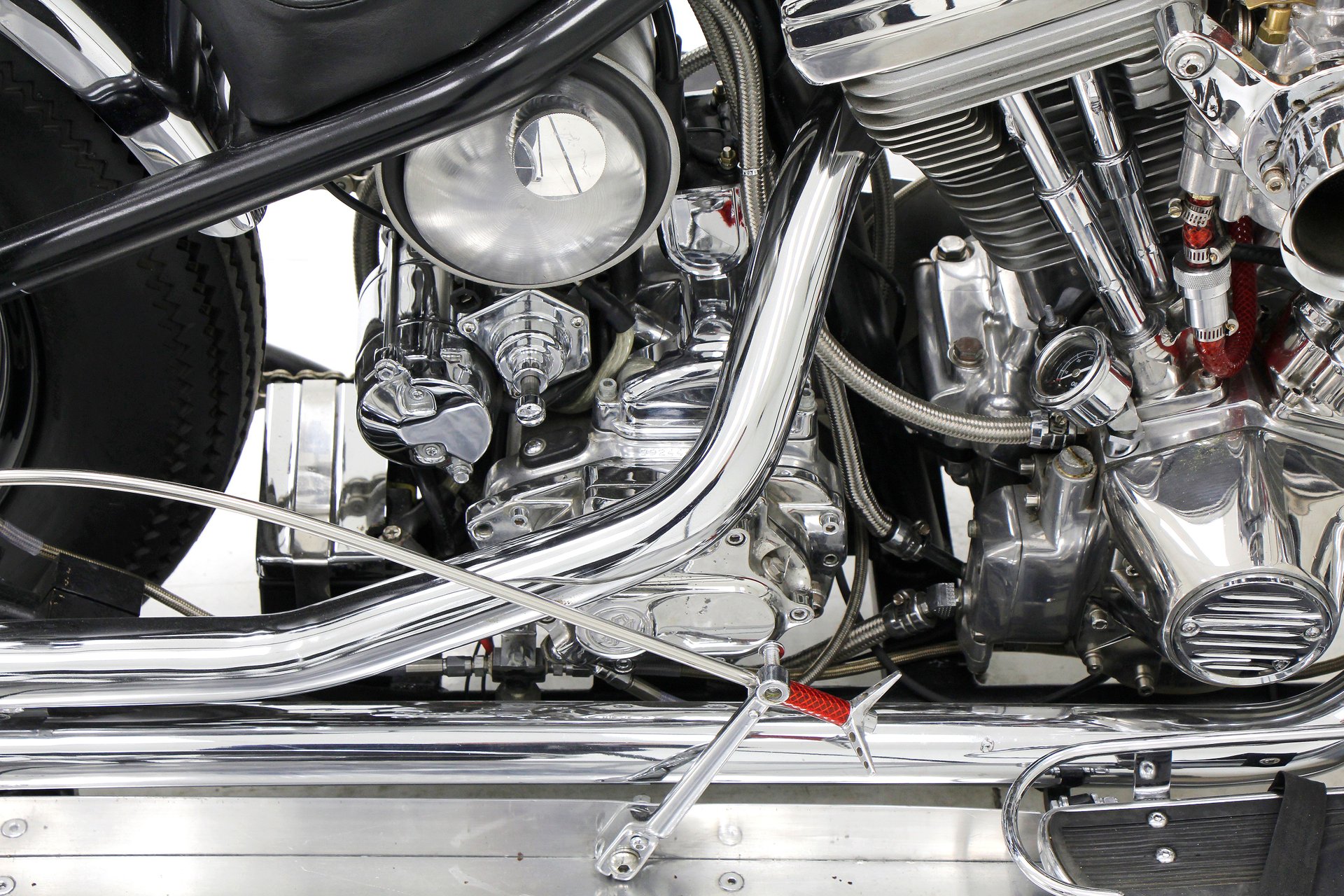 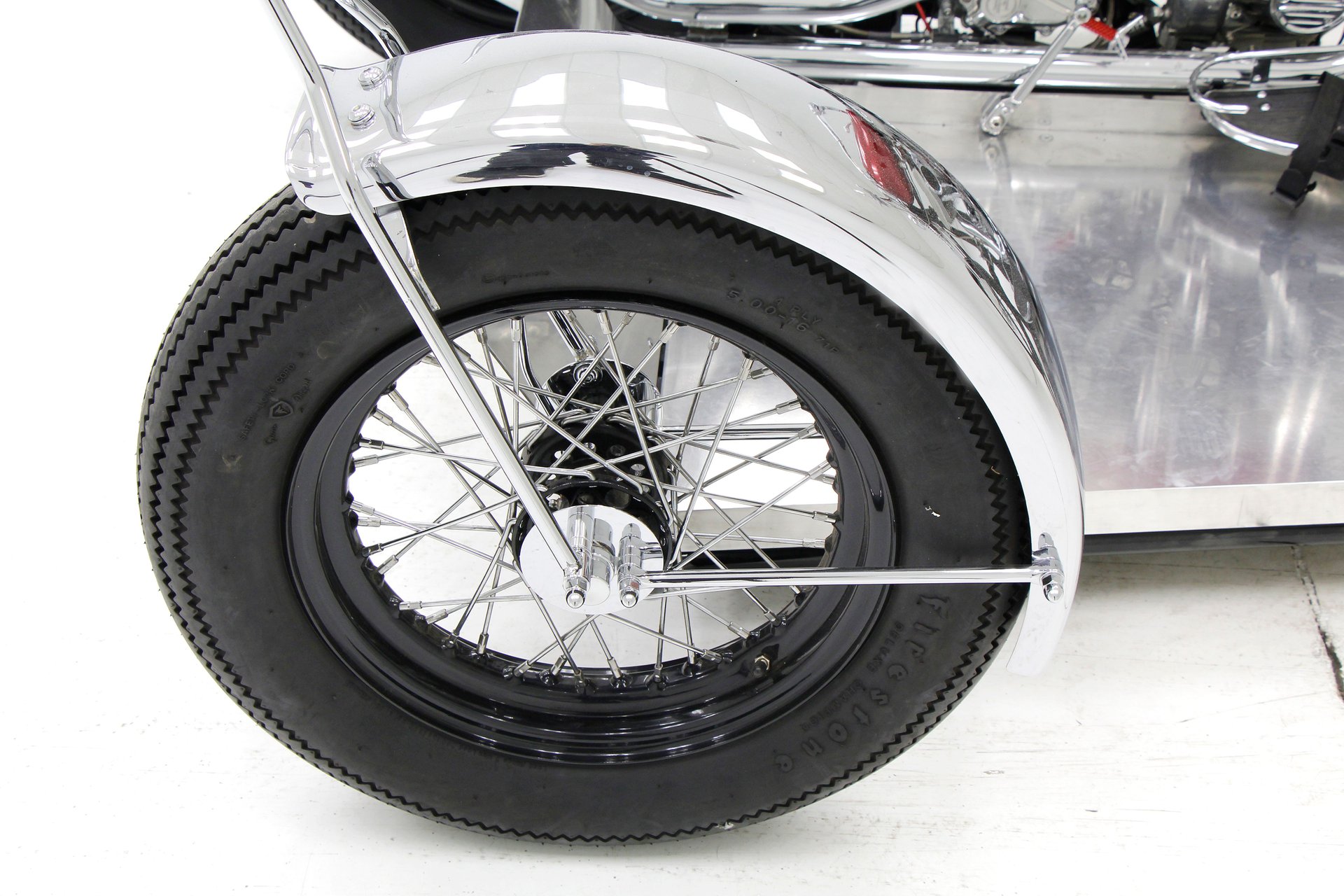 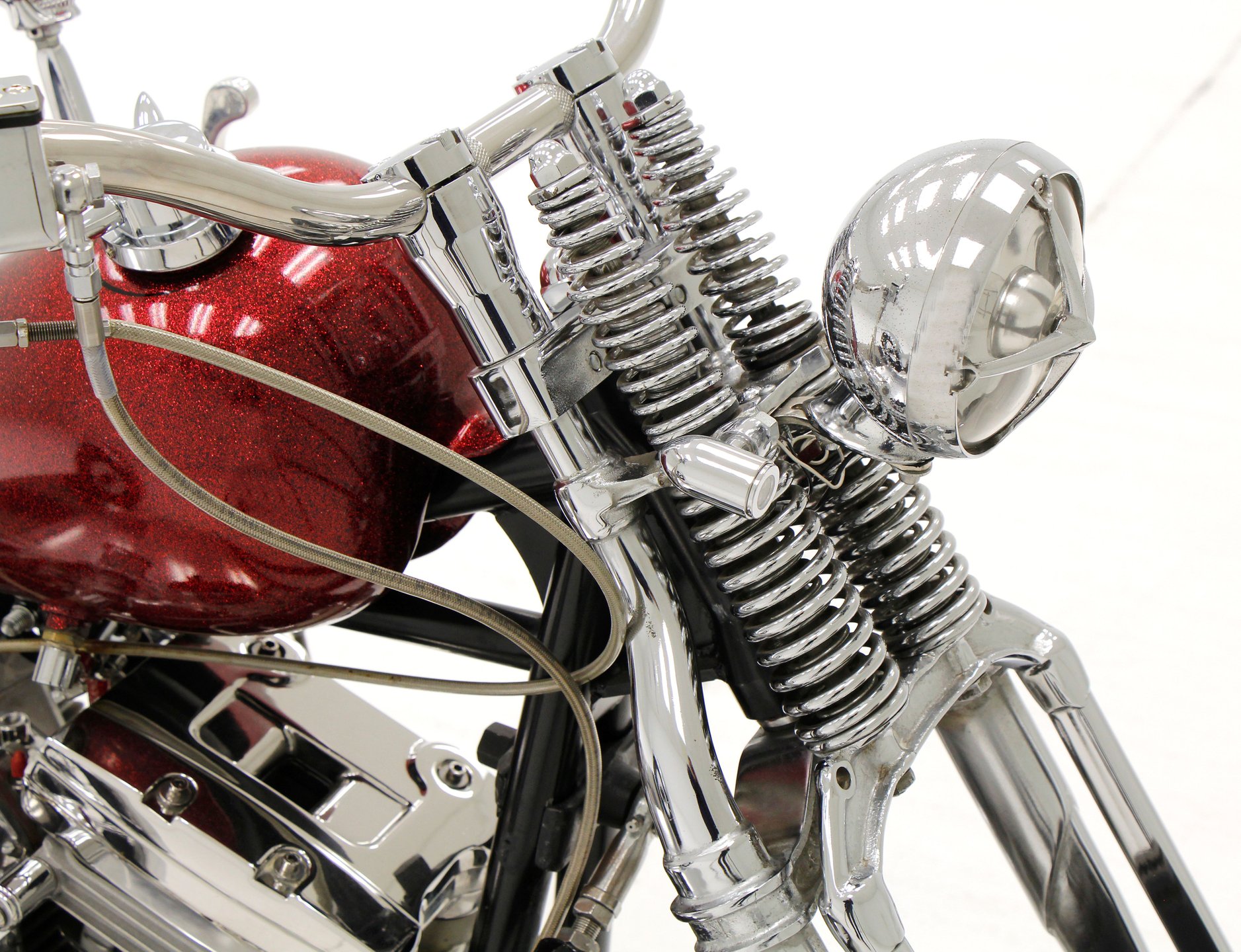 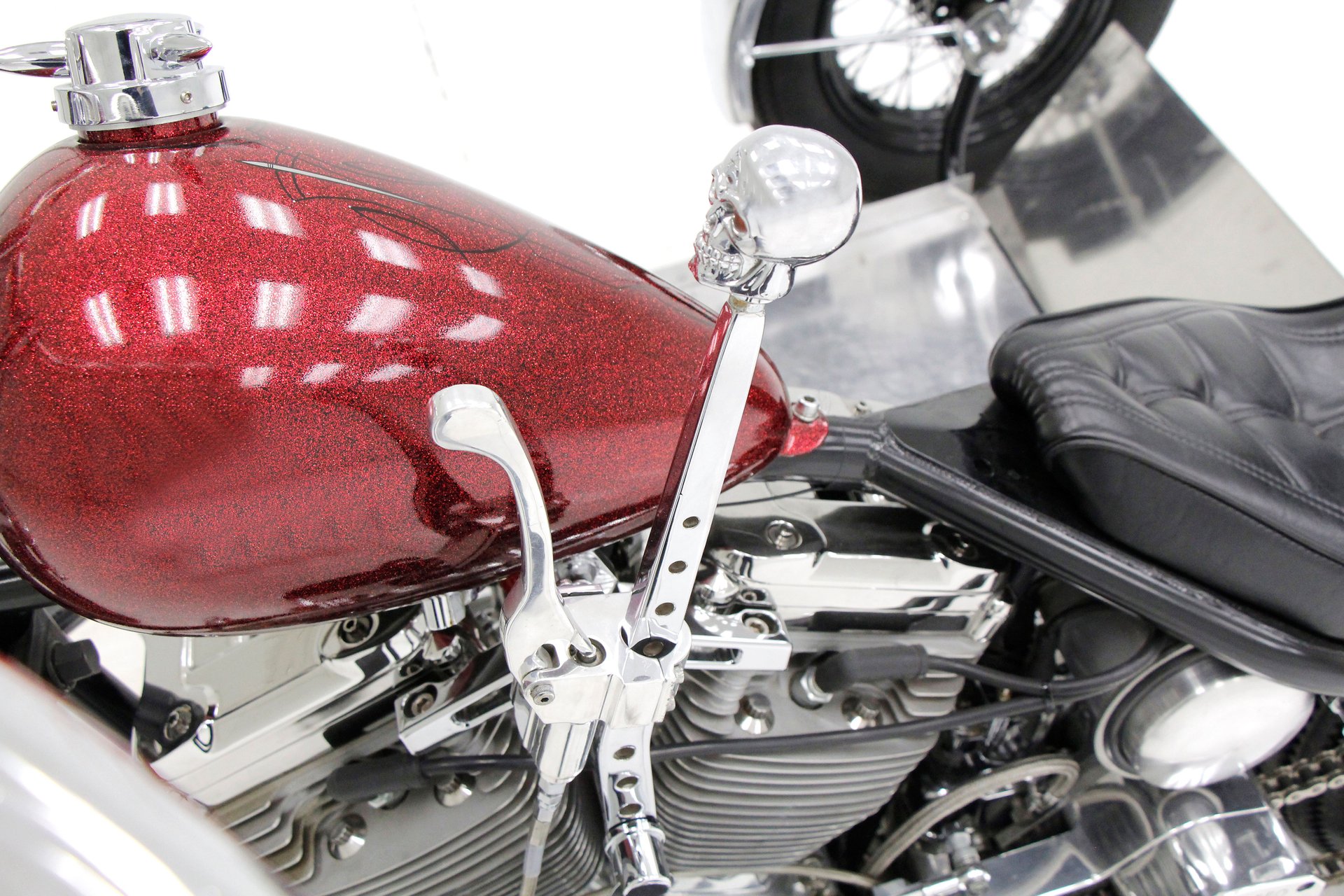 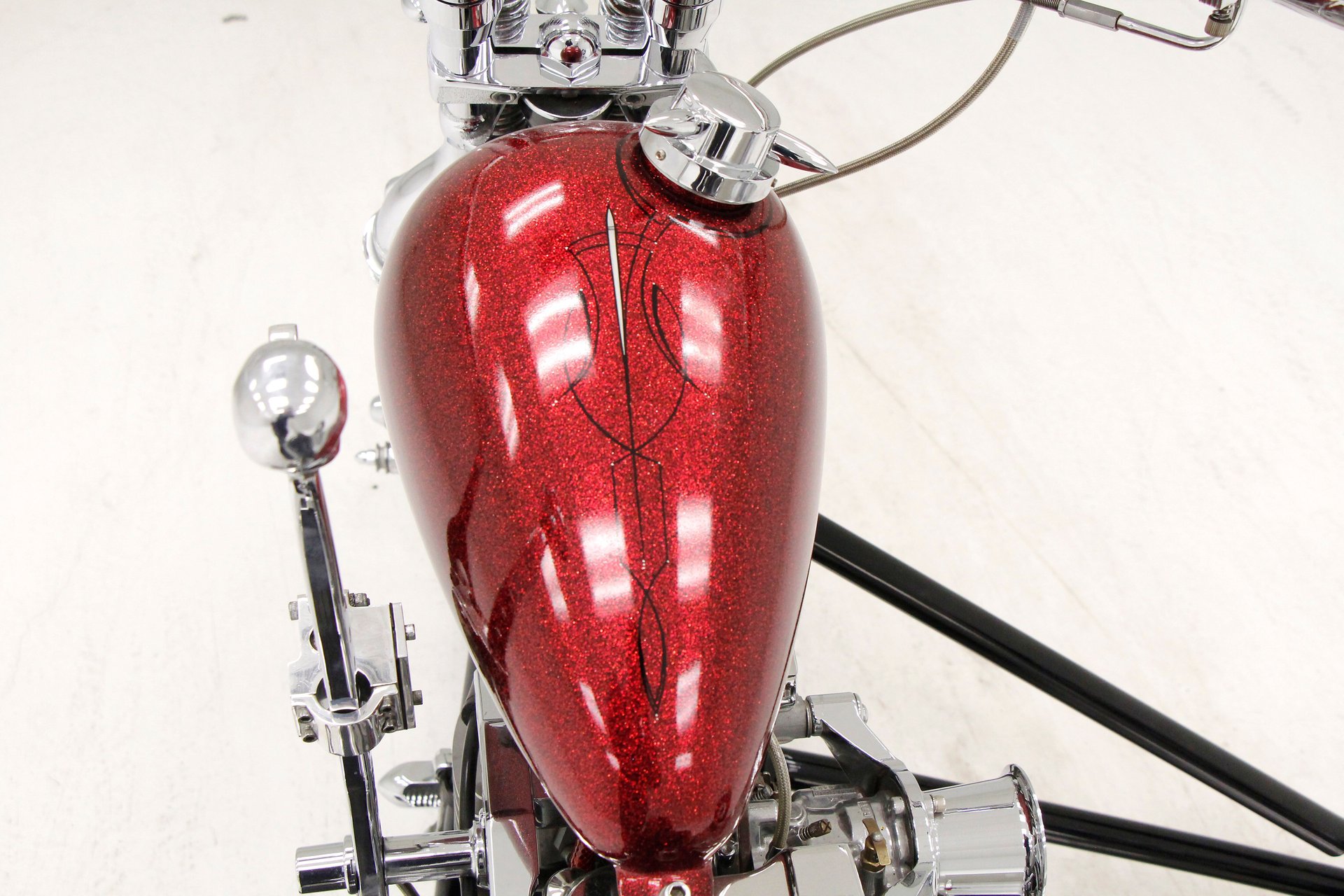 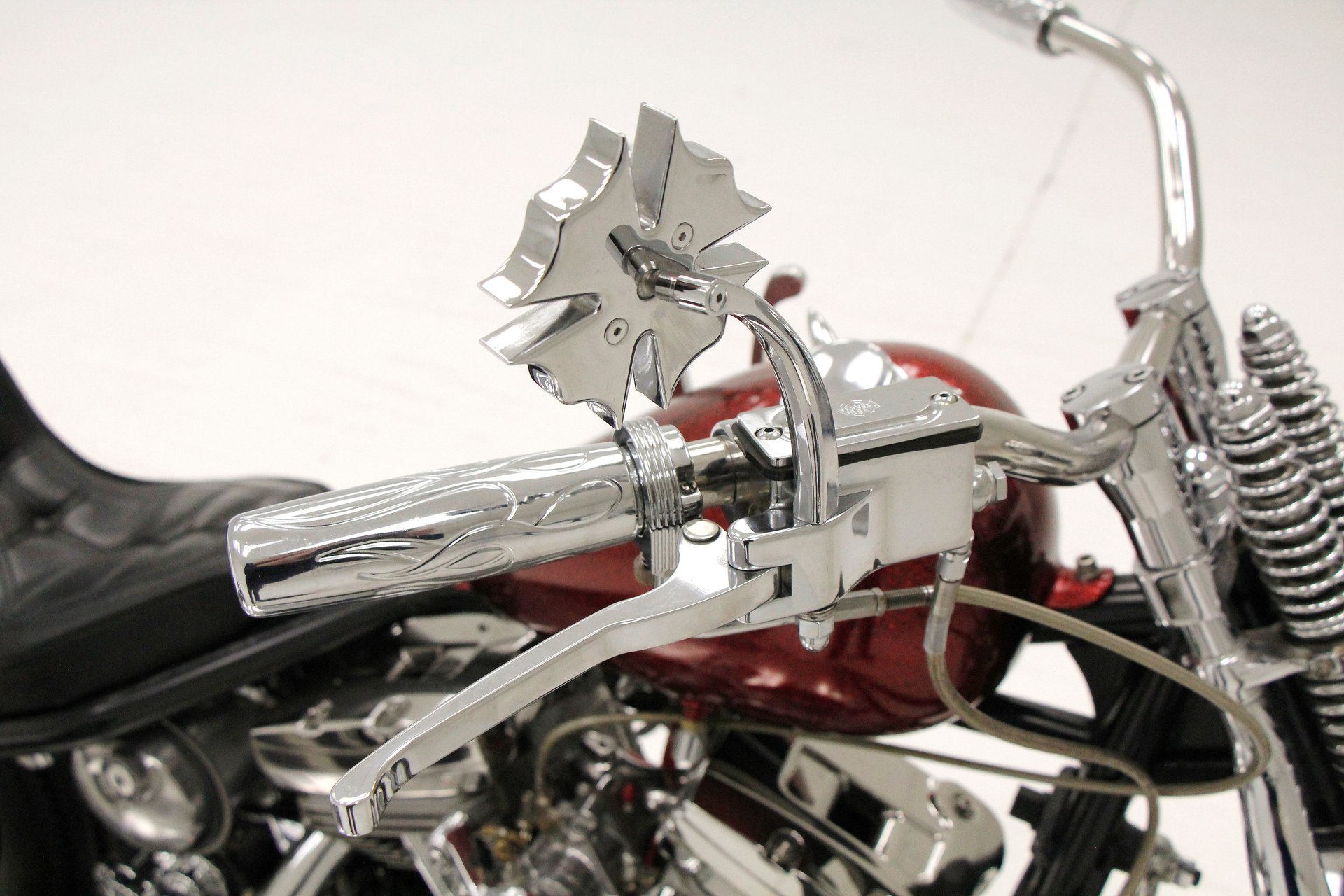 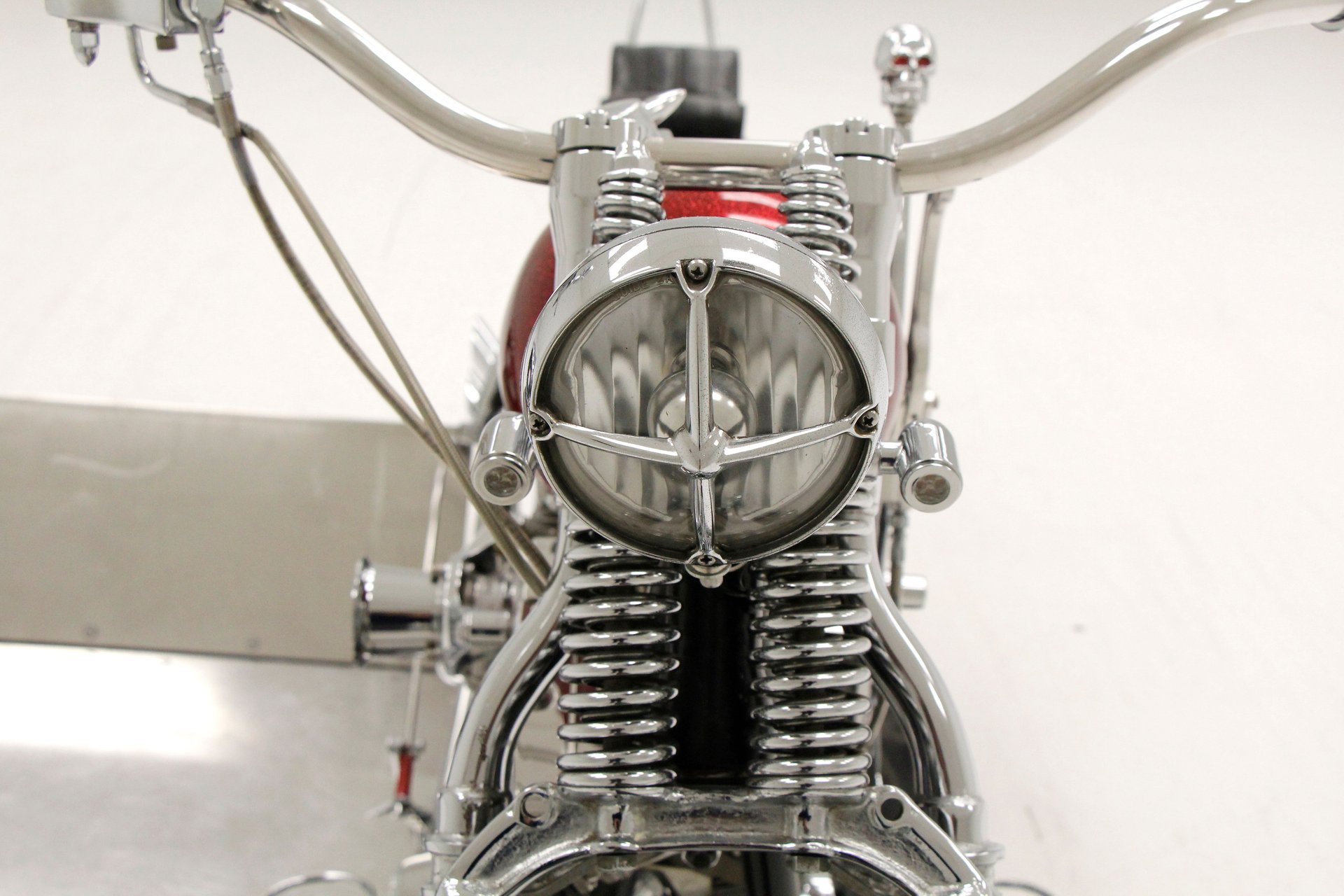 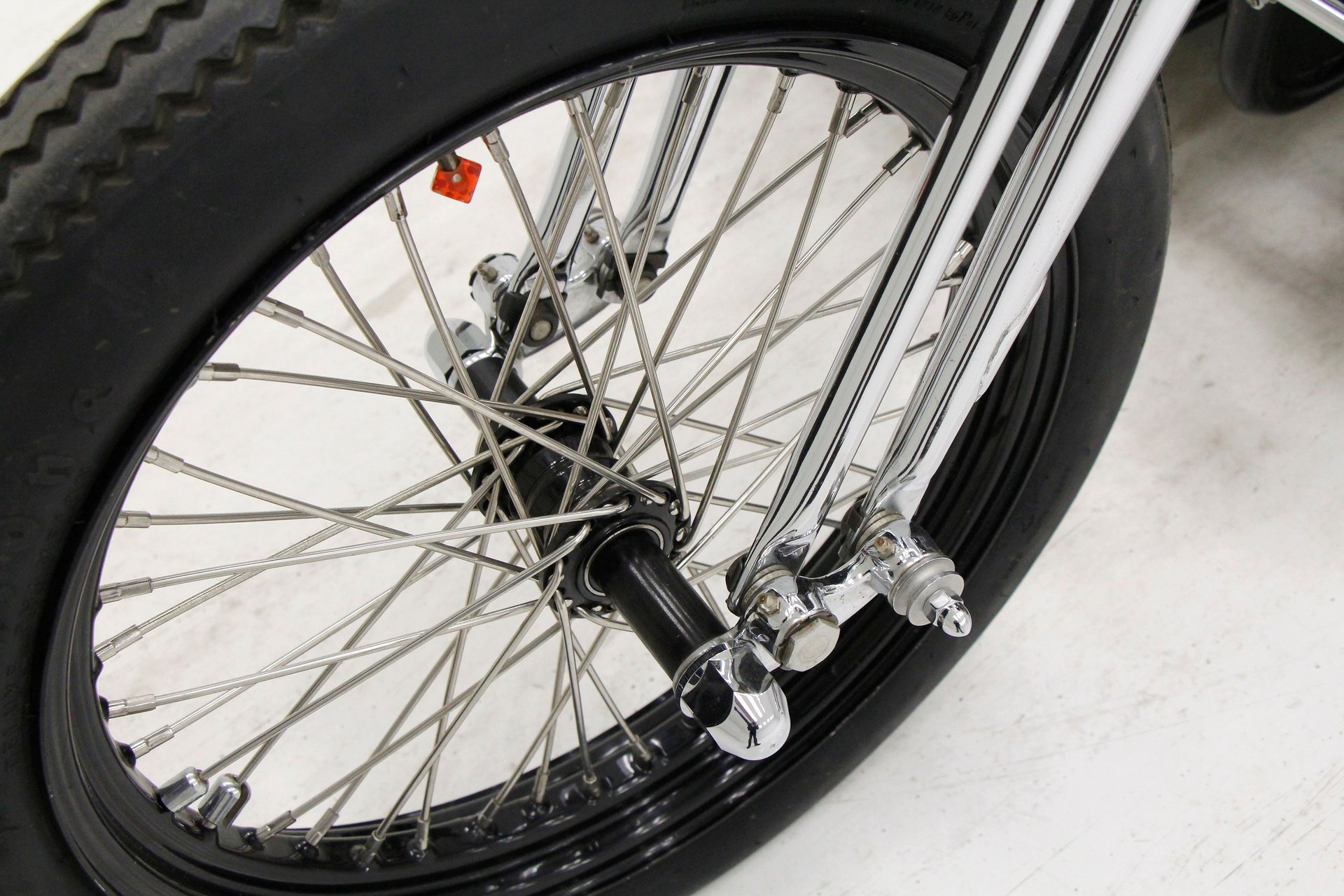 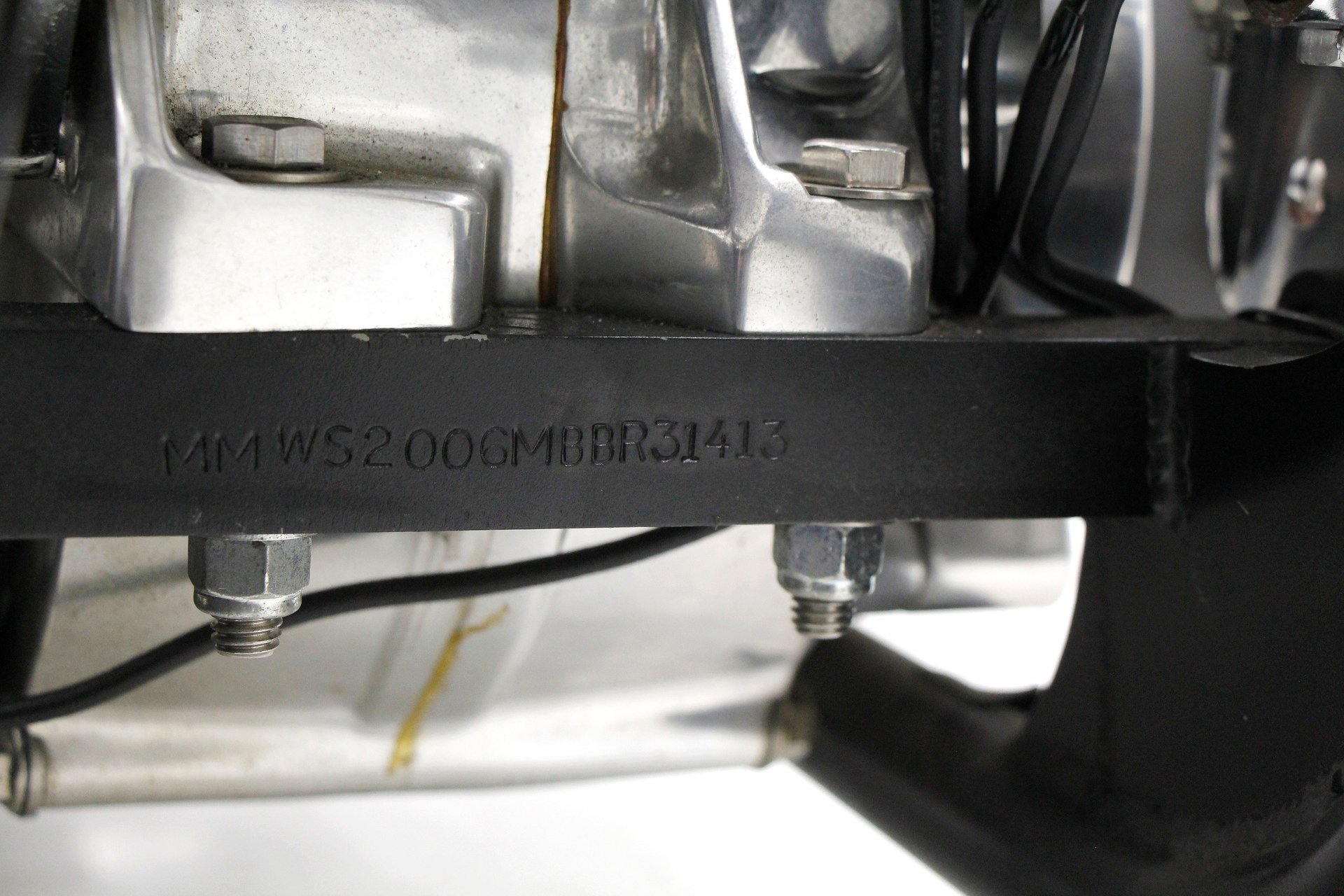 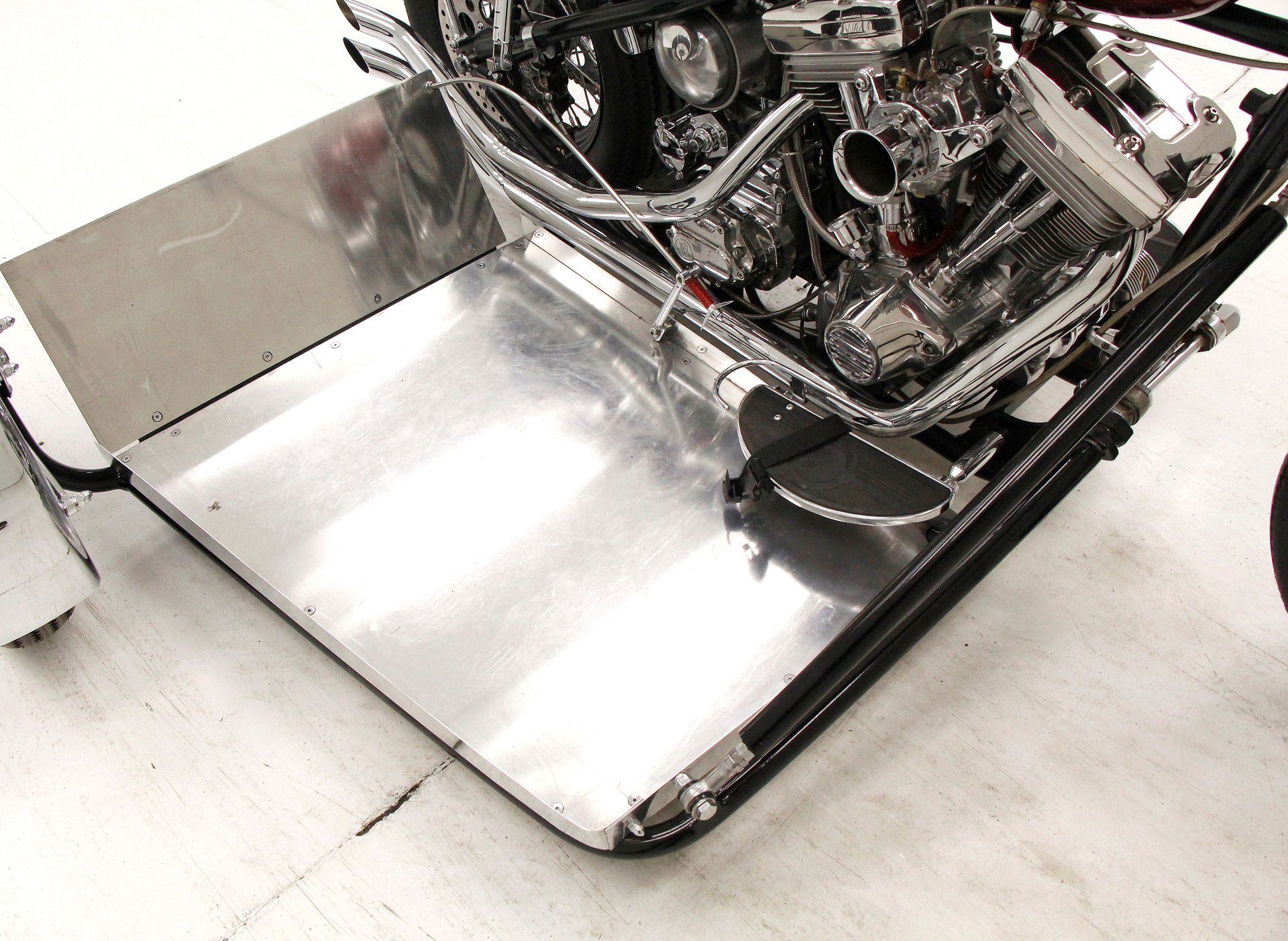 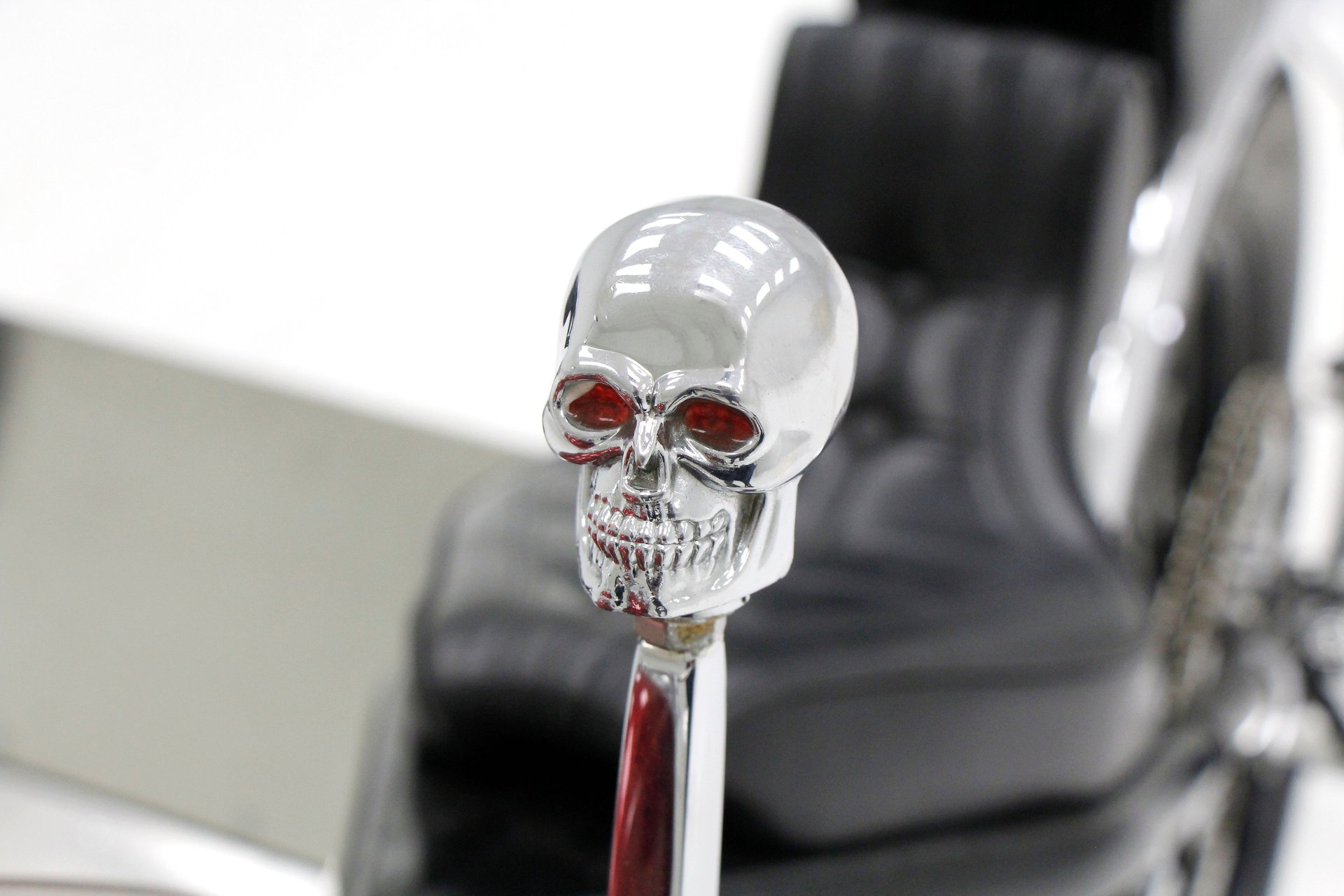 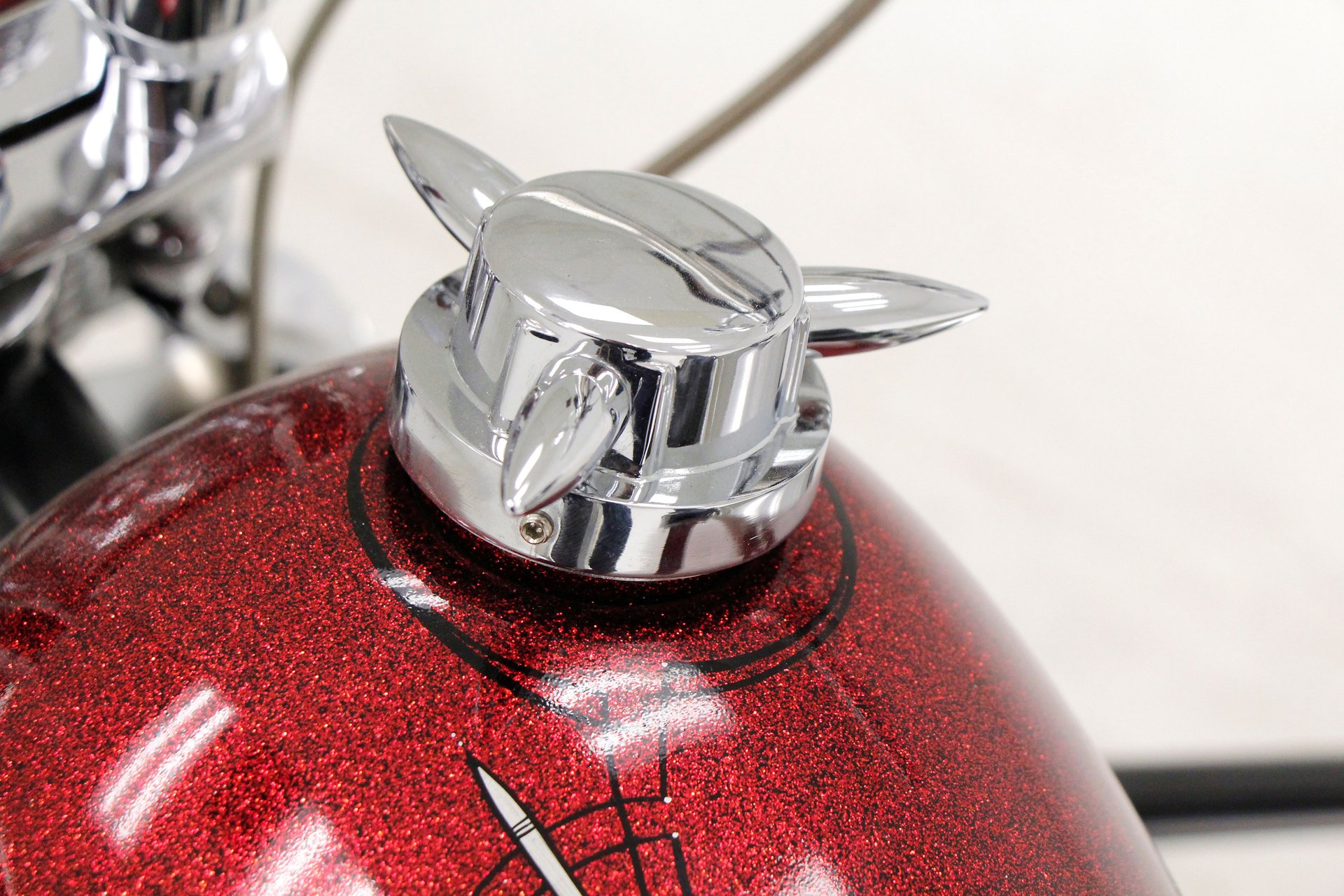 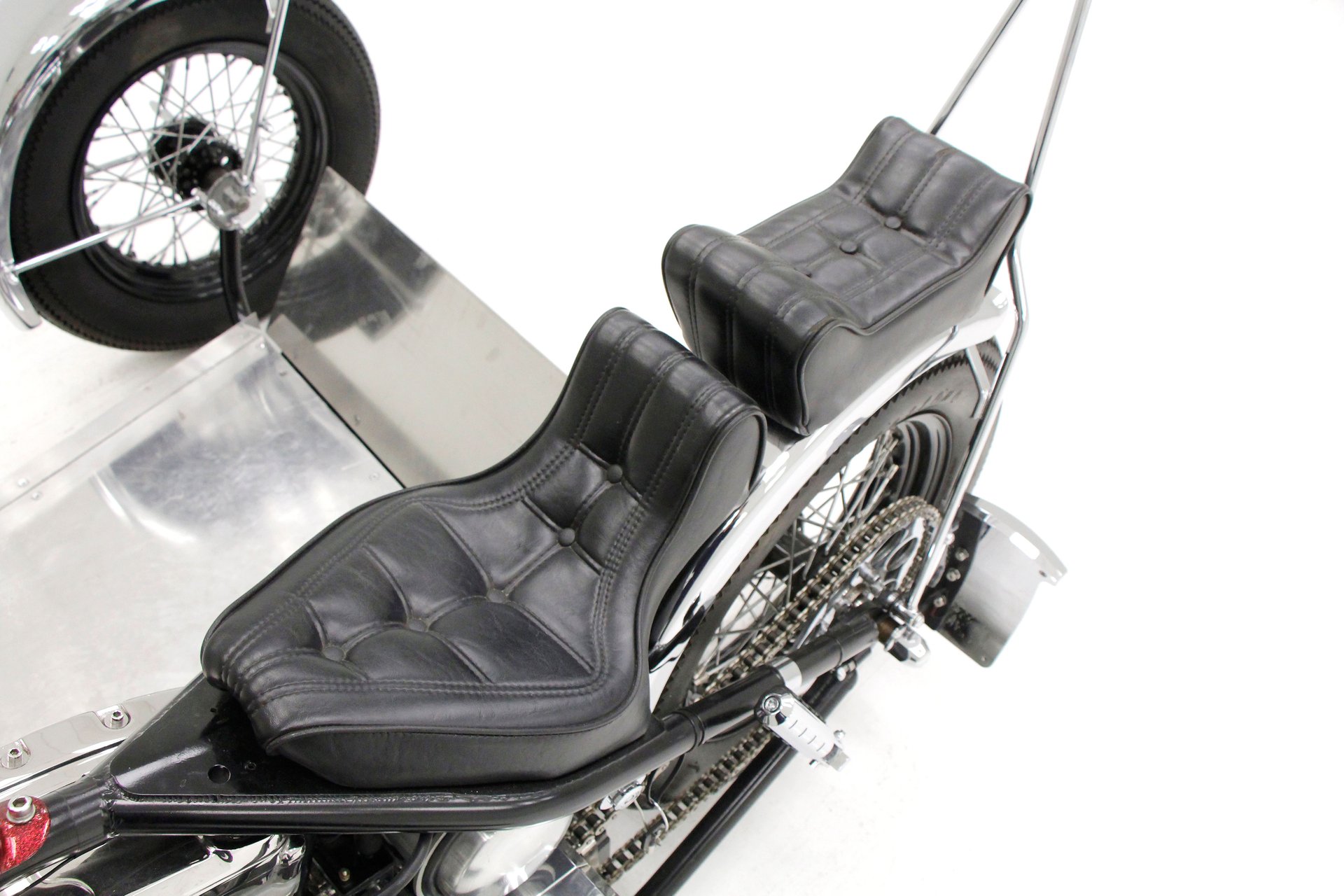 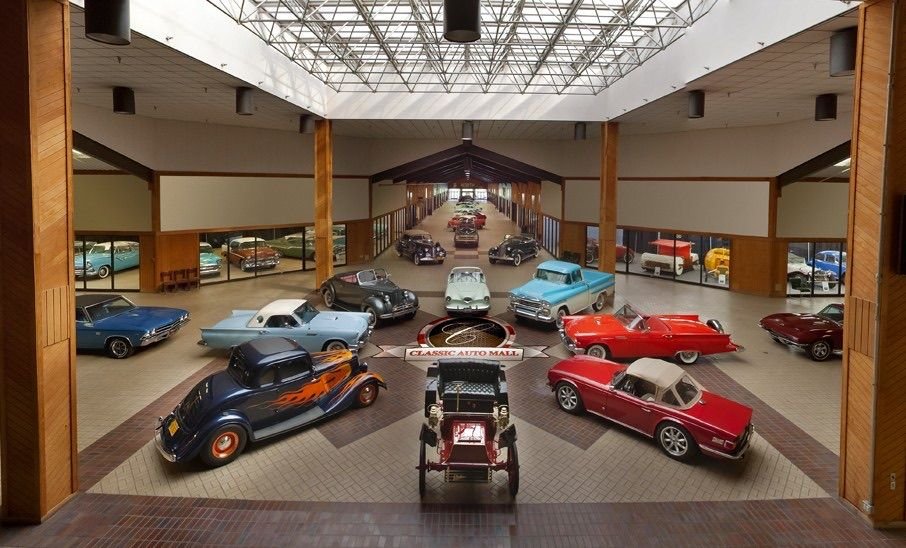 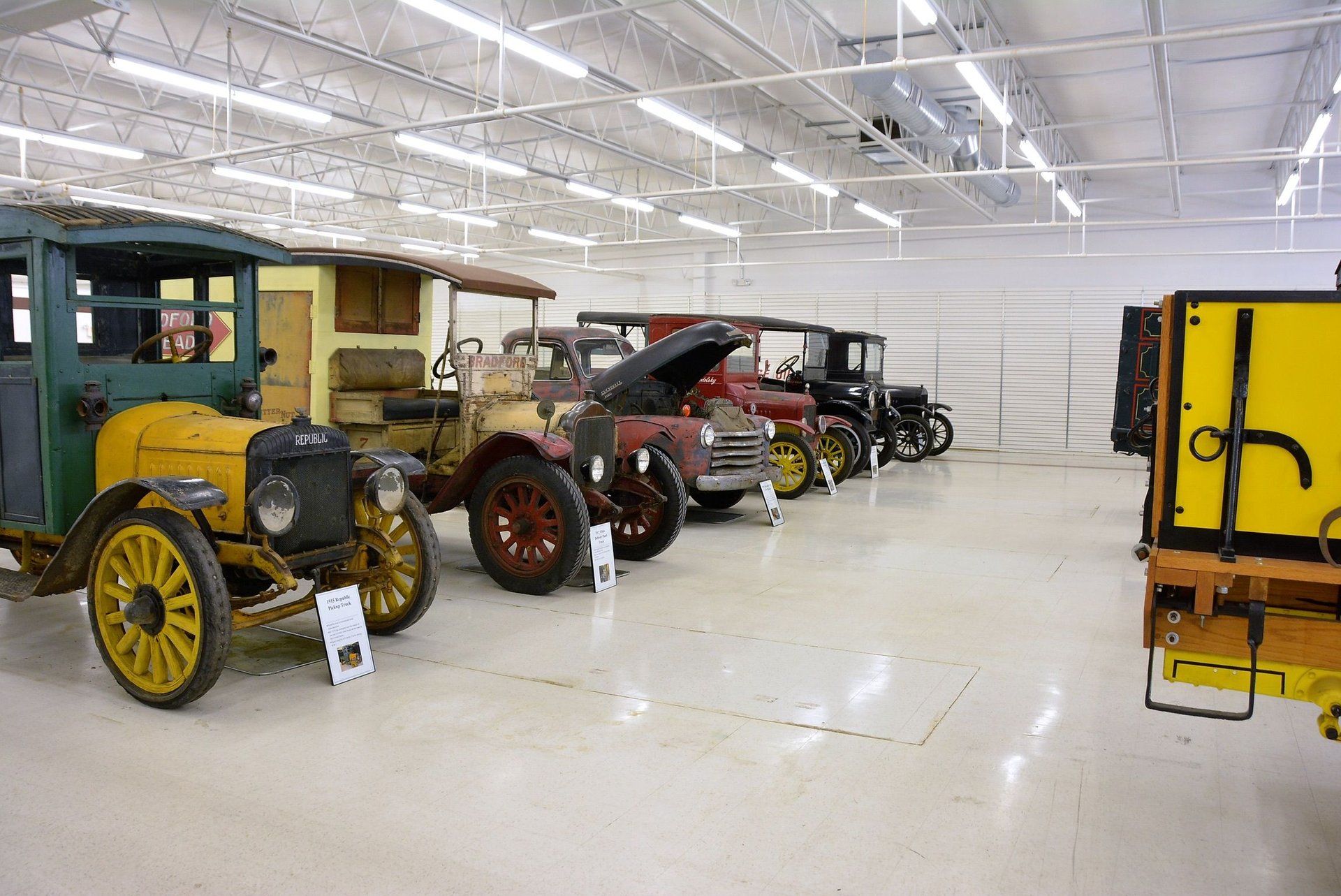 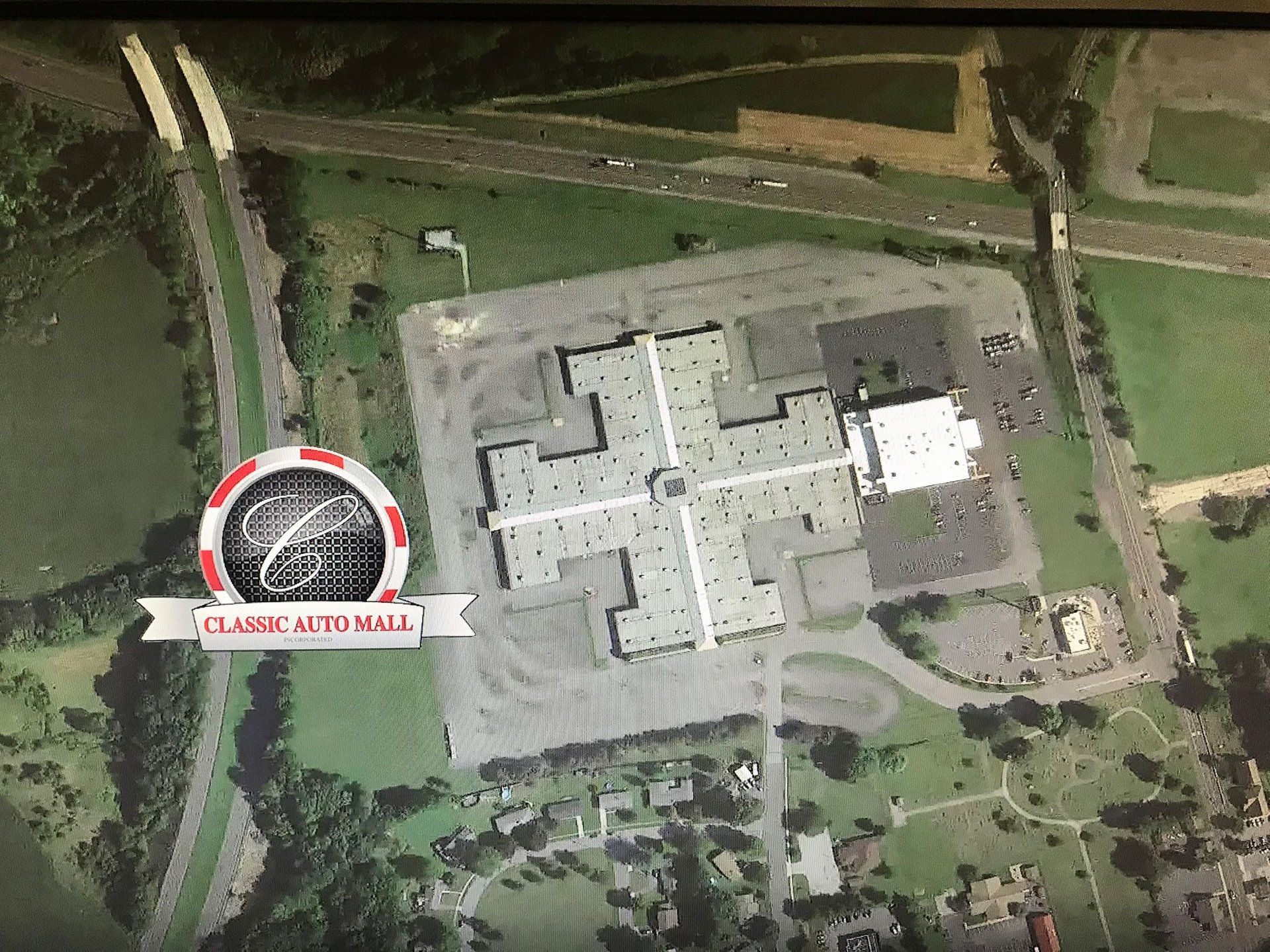 1999 Harley Davidson
Evo
From $249 / month
1999 Harley Davidson EVO Harley needed a new engine so superior to what had gone before that their reputation would be restored. It must be reliable, powerful, and cool-running, capable of further development. It must use very little oil. In the shovel engine, as the aluminum head warmed up and expanded, it slid imperceptibly across the low-expansion iron cylinder, shearing and deteriorating the head gasket. Strobe studies made on the dyno showed the large inertia of the iron cylinders causing them to “walk” on their base gaskets. For these reasons the cylinders of the new Evolution engine would be aluminum, with iron liners. Now heads, cylinders, and crankcase would all be aluminum, and with alignment dowels to keep all parts from relative motion, gasket conditions and sealing would markedly improve. On consignment a 1999 EVO (all aluminum V twin engine) with a handicap wheelchair accessible sidecar. This bike screams badass with its surfers cross rear view mirror, no front fender and black wall tires, skull tall shift lever, and naked sitting lady chrome silhouette on its lower shaft. Exterior With extensive use of chrome…what is not black frame on this bike is chrome. And what is not black, or chrome is big candy apple red metal flake right out of Scooby Doo territory. Chrome is plated on the springer front dual forks, dual bob fenders, dual sissy bars, handlebars, front light, surfers cross mirror, and curvaceous and sexy turn out drag pipes. A 19-inch wire wheel one front is wrapped by a 3.25 x 19 tire and dual 5.00 x 16 rear tires (one for the bike and 1 for the sidecar). A shout out to the gas tank which has that awesome large candy apple red metal flake with some black flourish just to add a mean touch. A two-tier leather seat is on top. An item of note is the gas tank cap which looks as though it could double as a medieval knight's weapon to throw at the enemy. Drivetrain Built by Harley Davidson, this highly chromed V twin in 1340cc form is fed by an S and S shorty carburetor and has a 5-speed manual transmission. This is a hardtail version so no rear suspension. Only disc brakes are on the rear of this bike, and it is a belt drive engine. Drive-Ability Lack of qualifications left us to just start this bike and you will never know the true sound of drag pipes until you are up close and personal and the engine to which they are attached is being highly revved. An interesting Springer Hardtail with a custom Wheelchair accessible side car. This bike utilizes a new Harley Evo engine, and a lot of chrome. A great mean looker.