× We’re moving! My Classic Garage is partnering with Motorsport Network to become Motorious. Read more here
Back to Search
All Cars
Chevrolet
Corvette 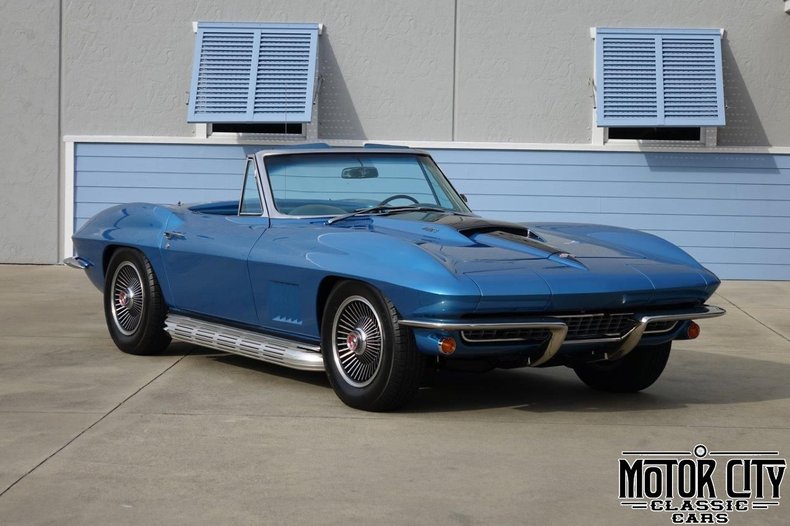 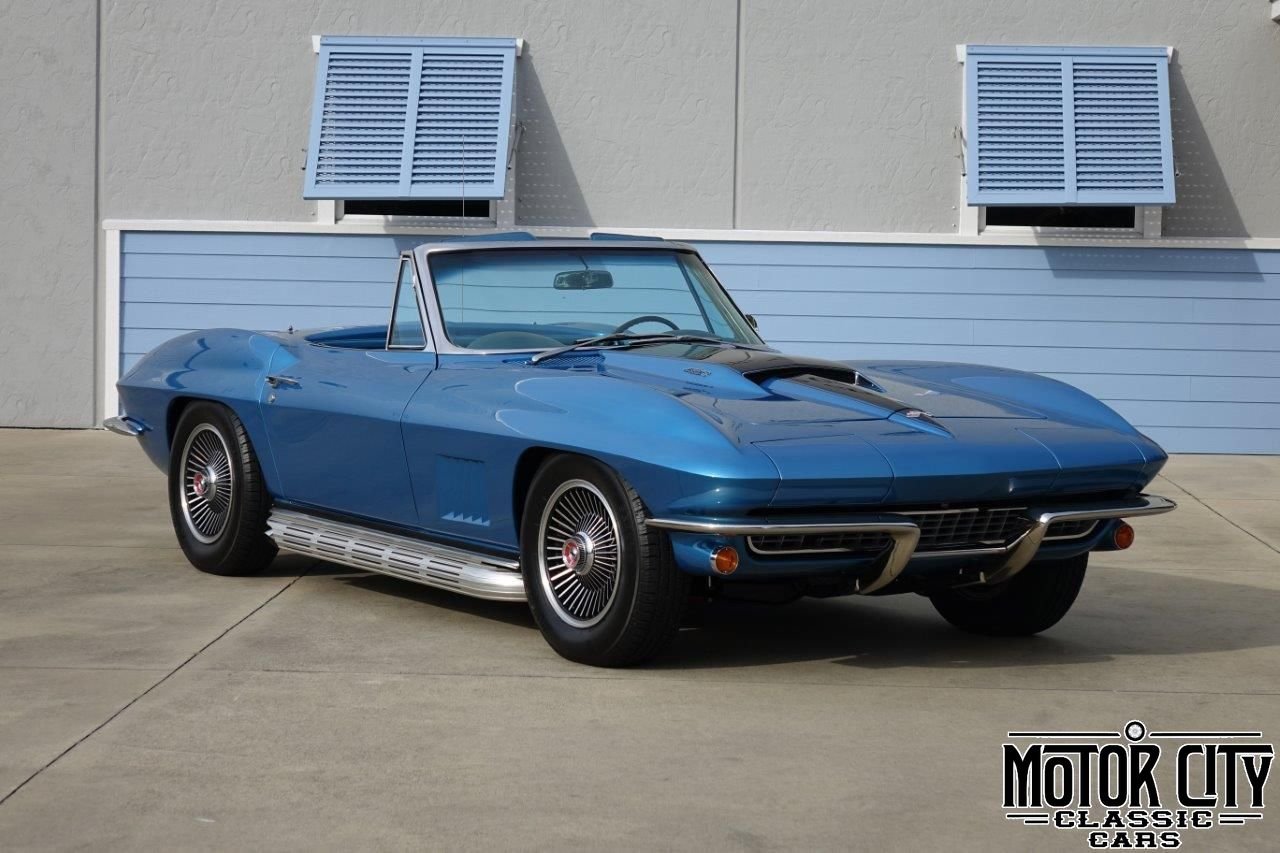 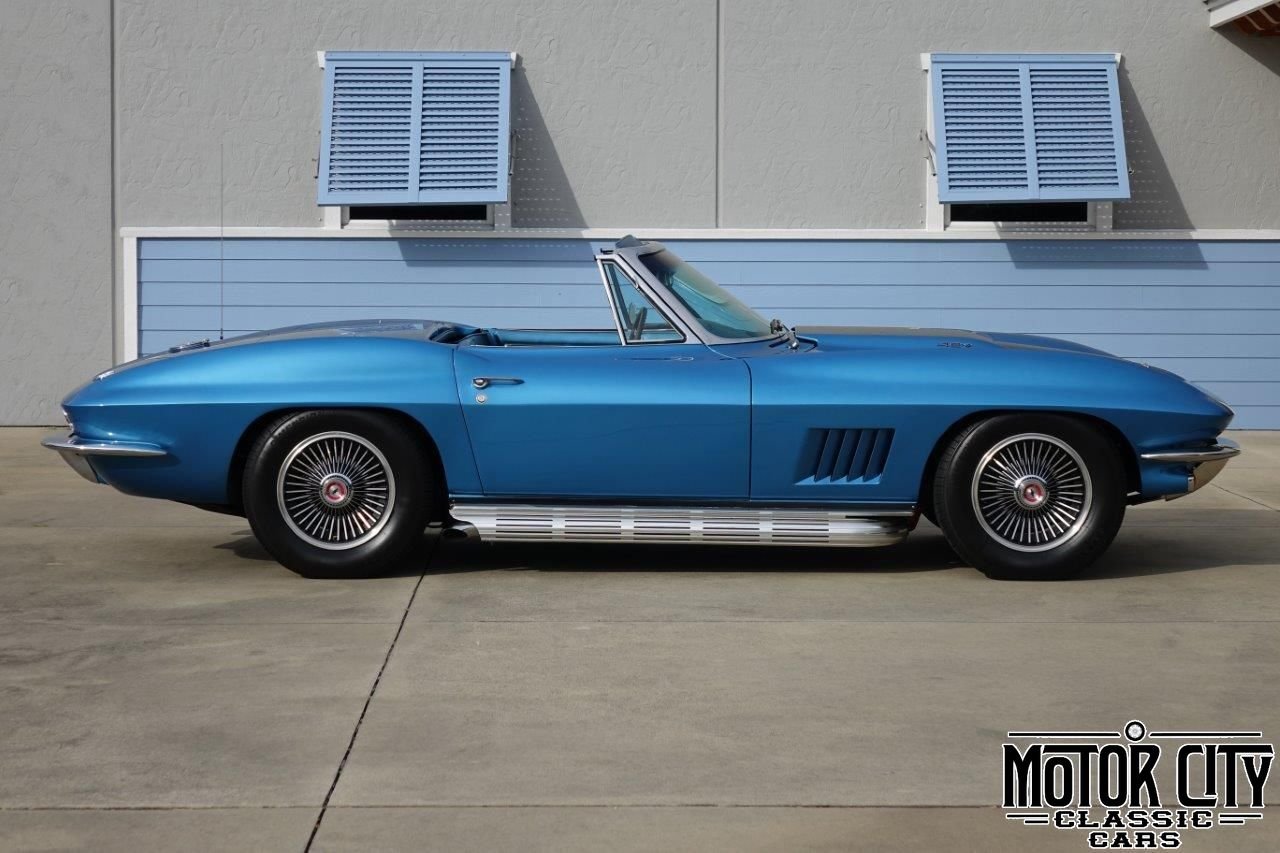 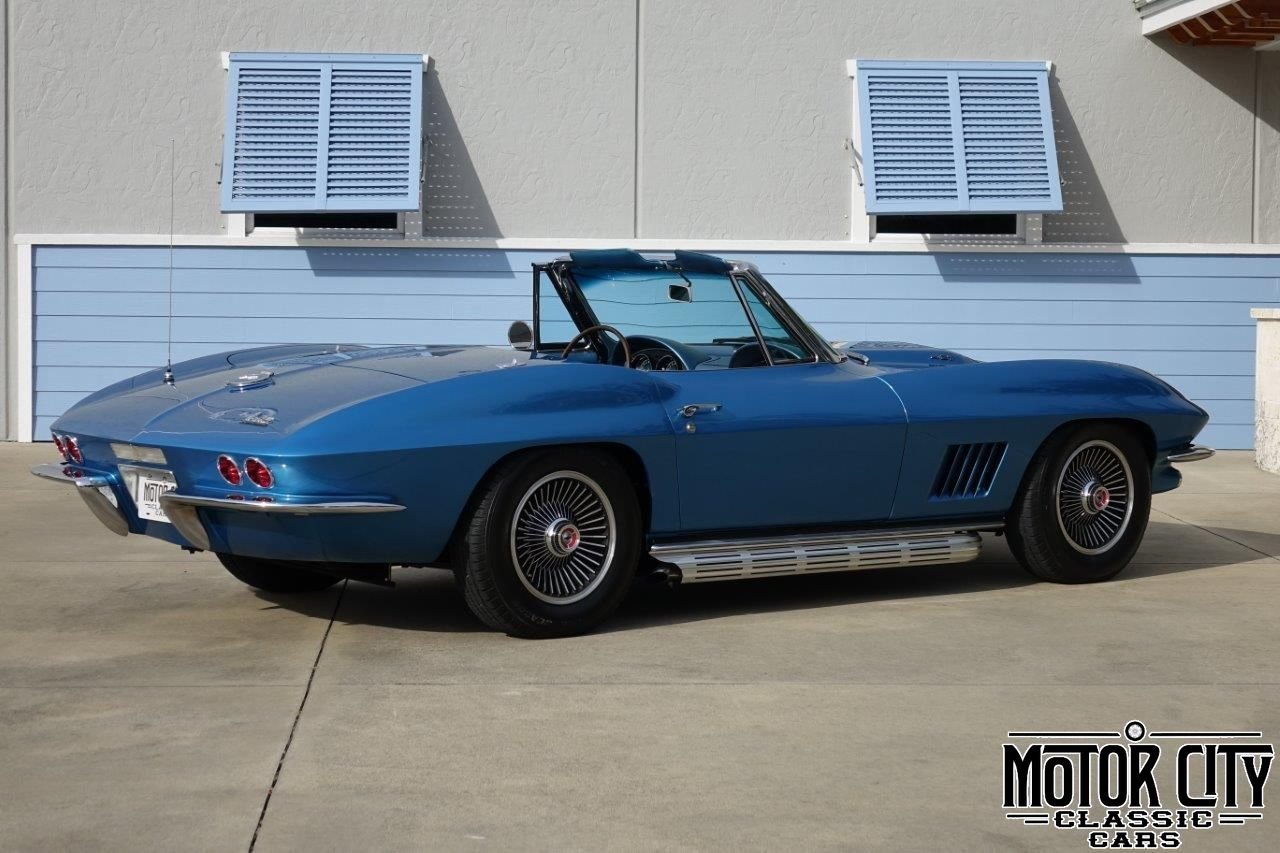 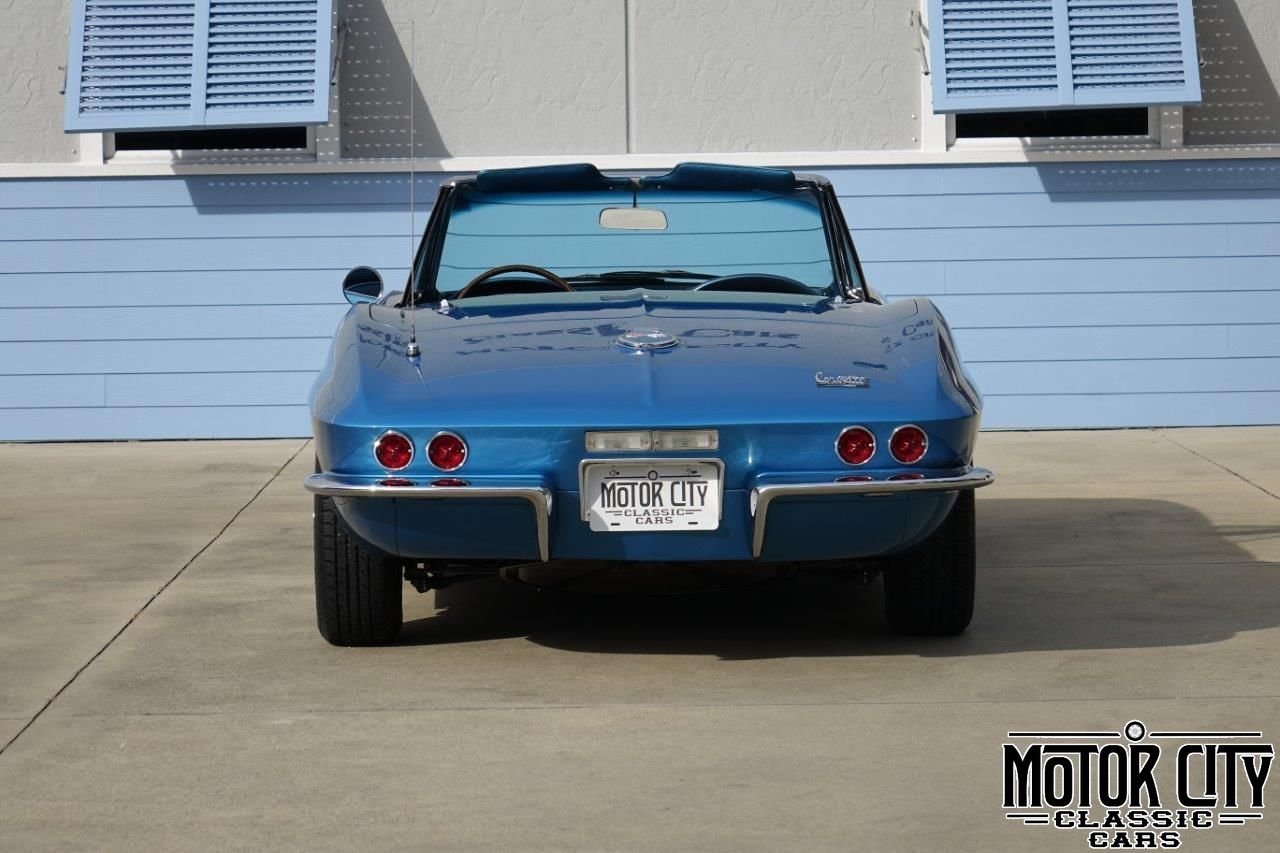 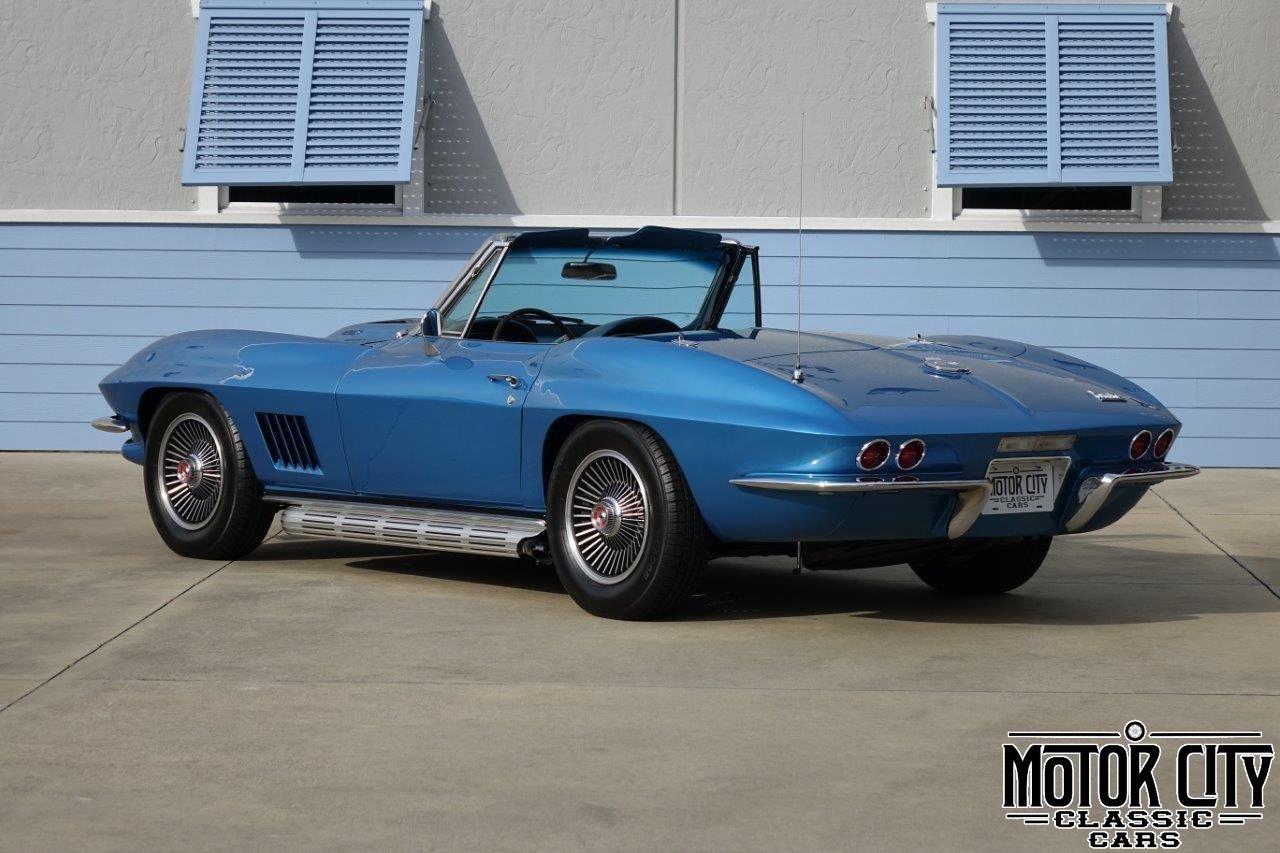 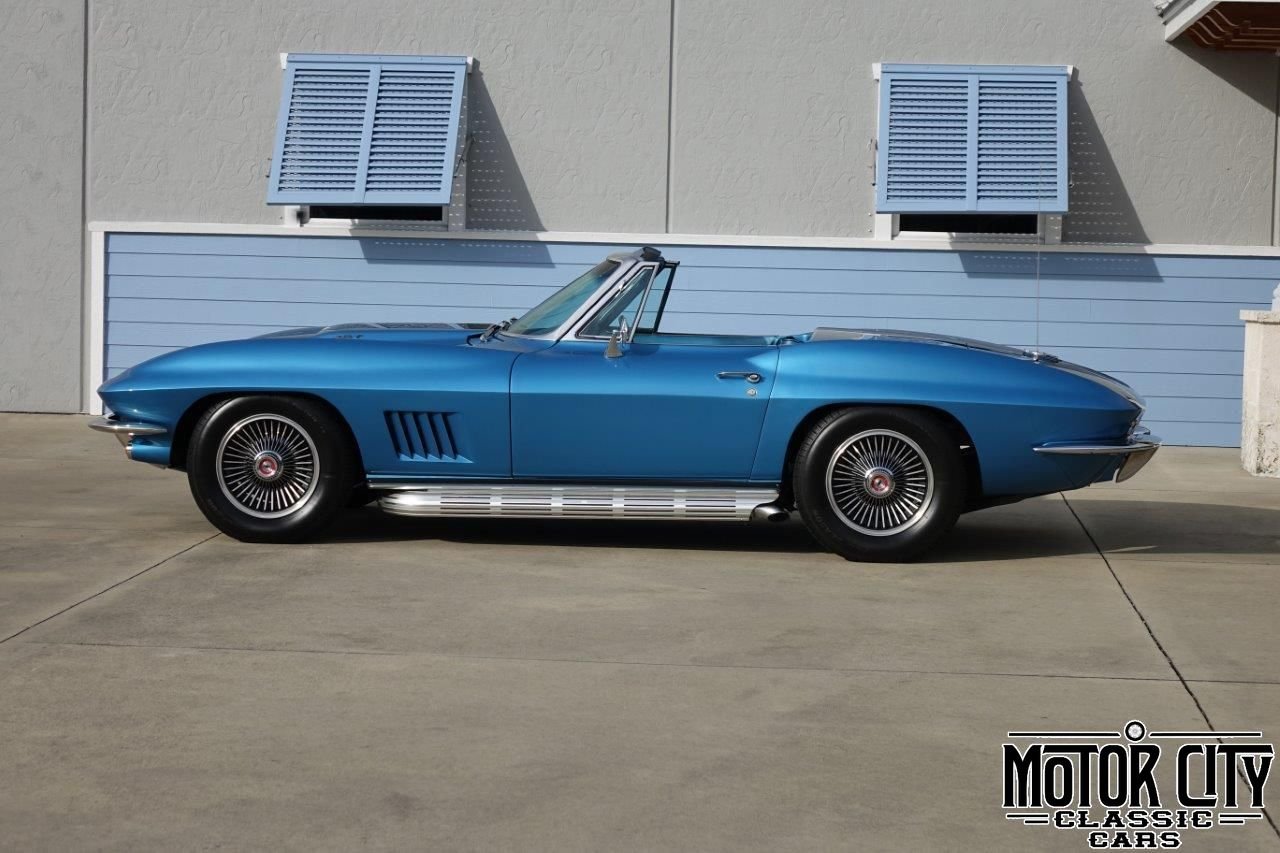 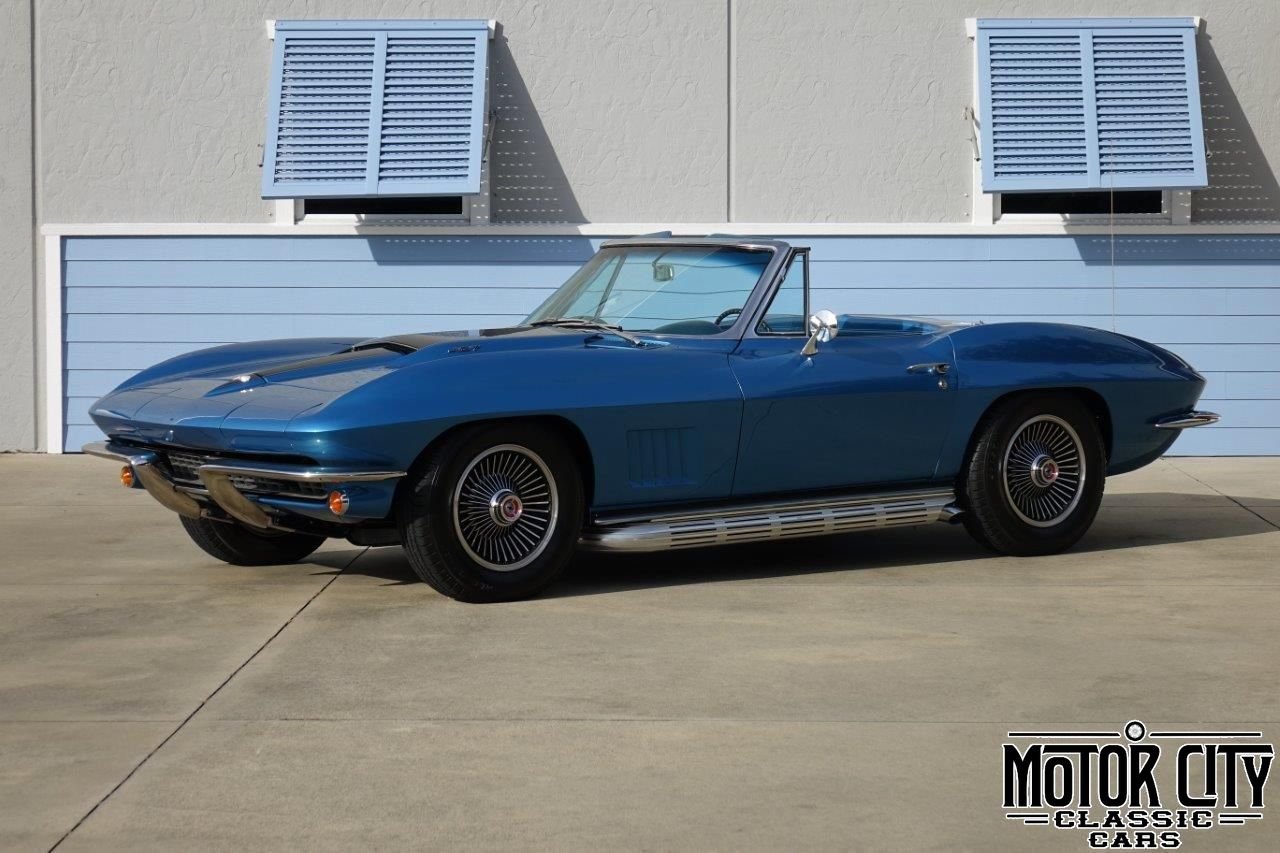 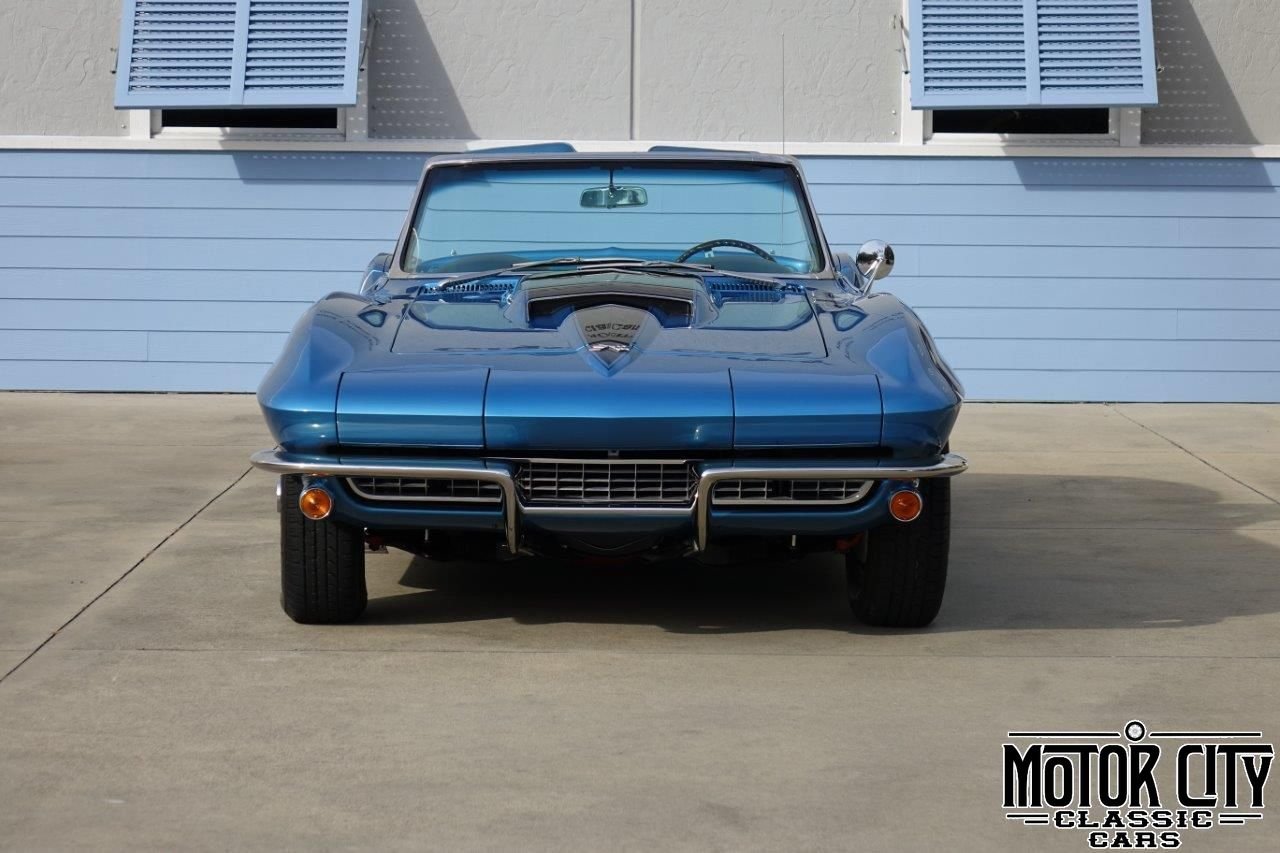 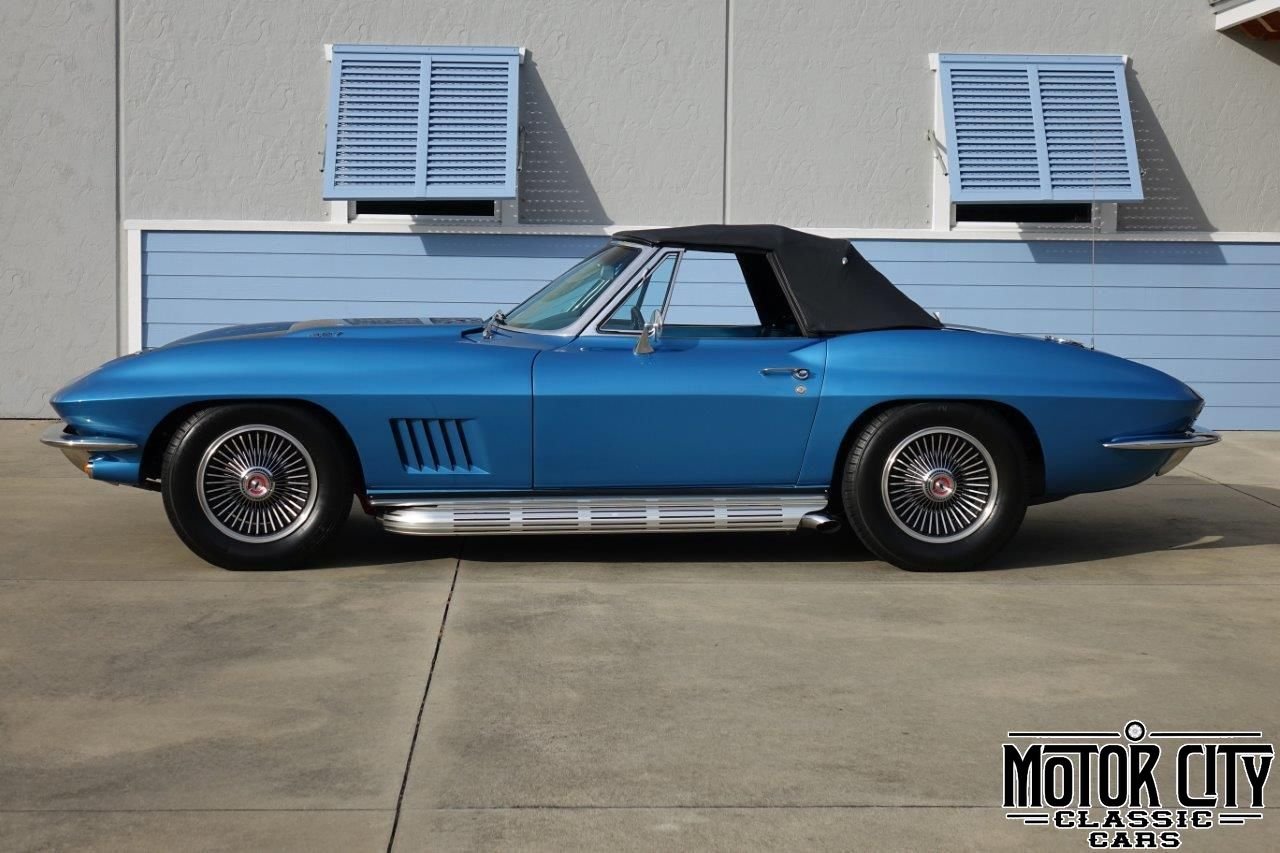 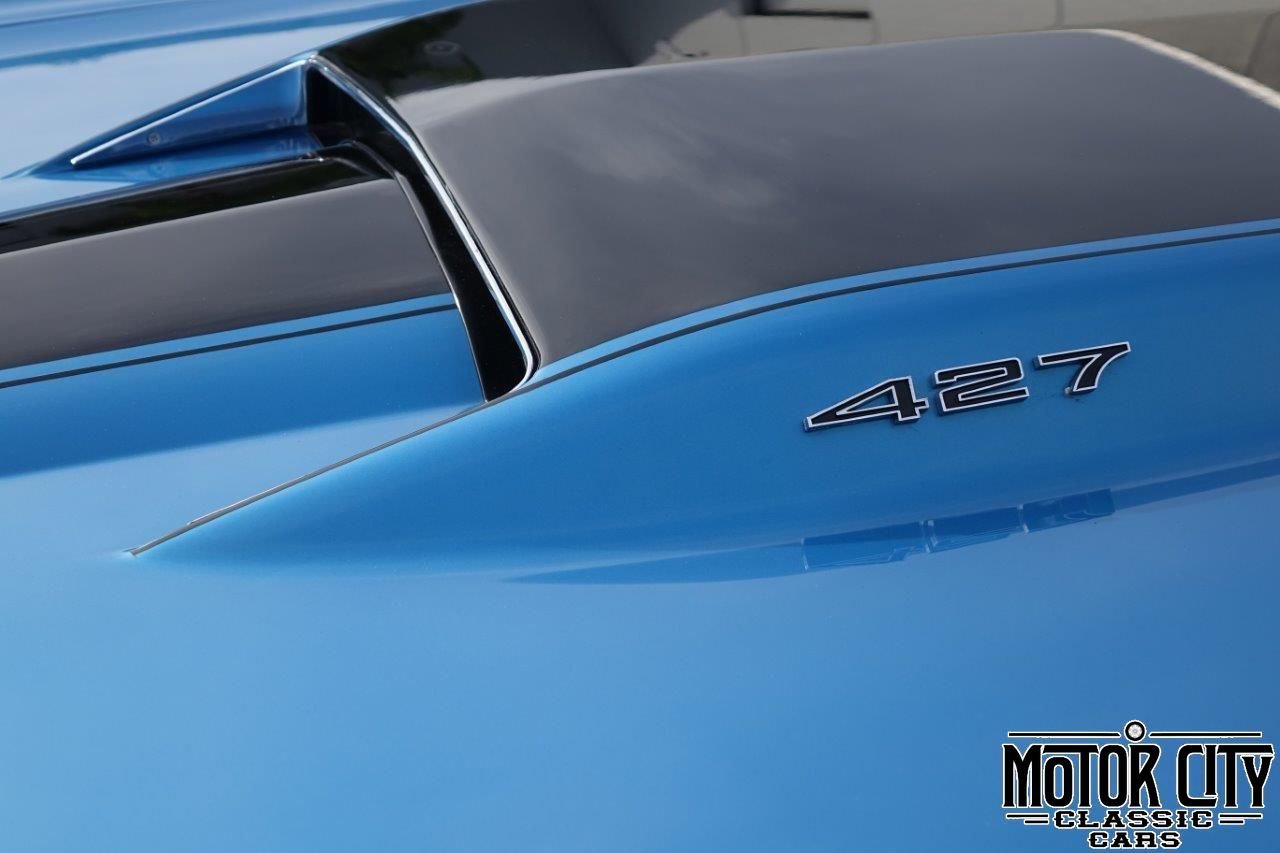 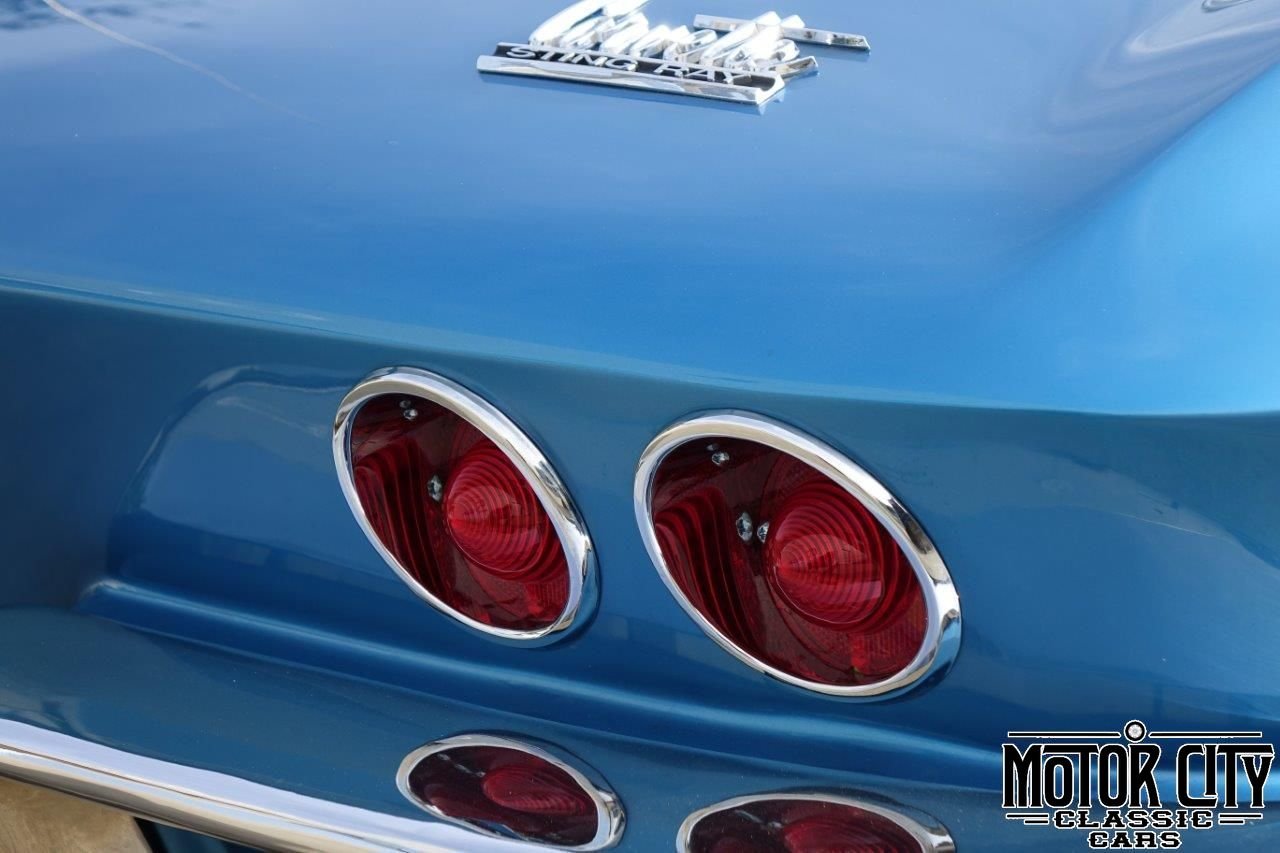 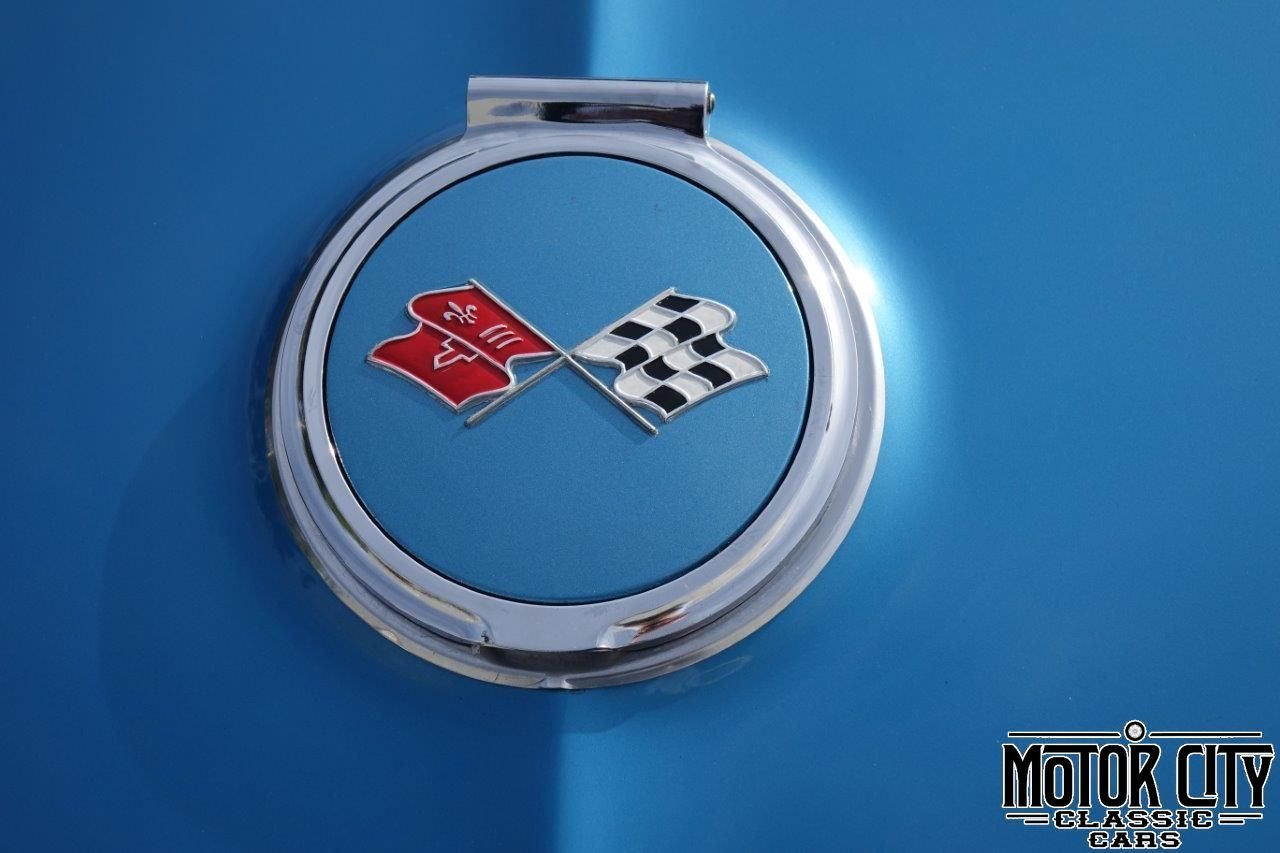 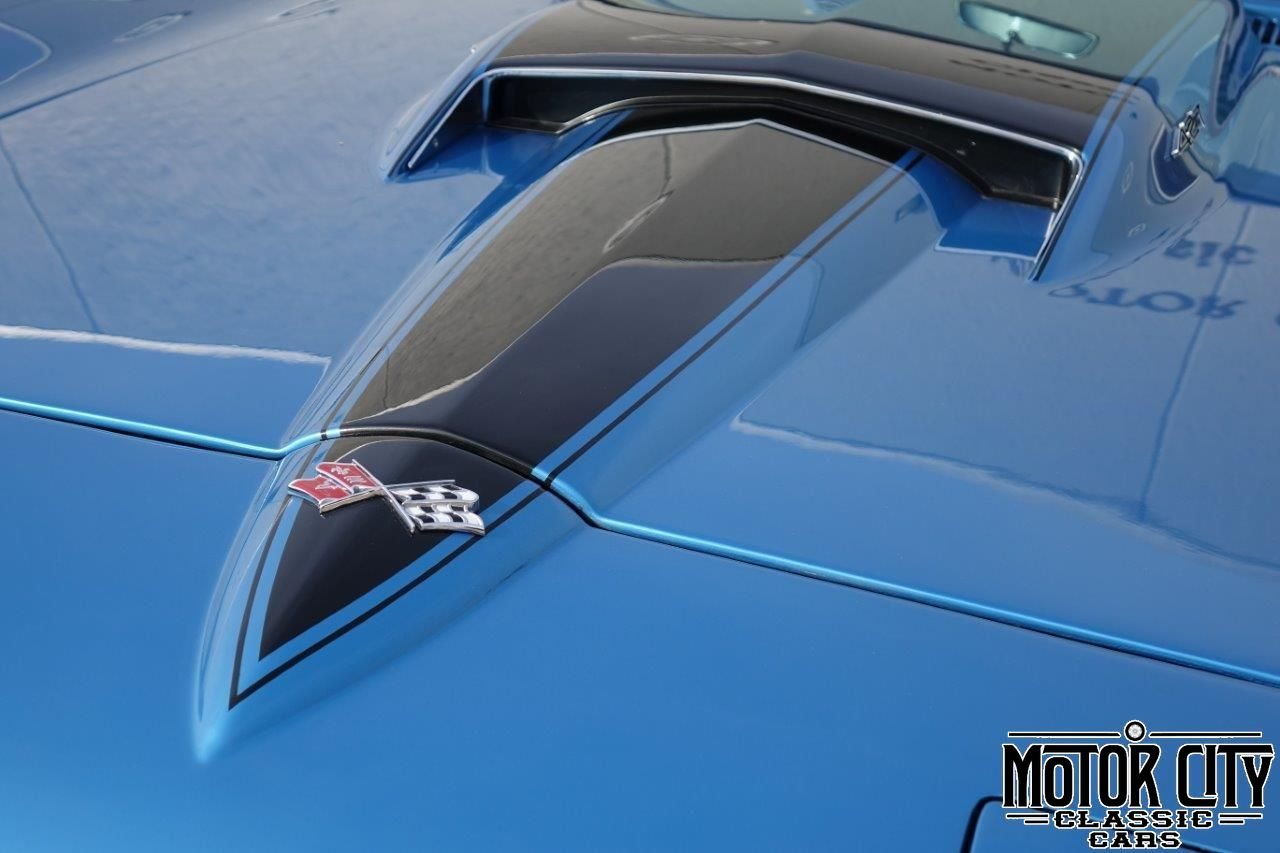 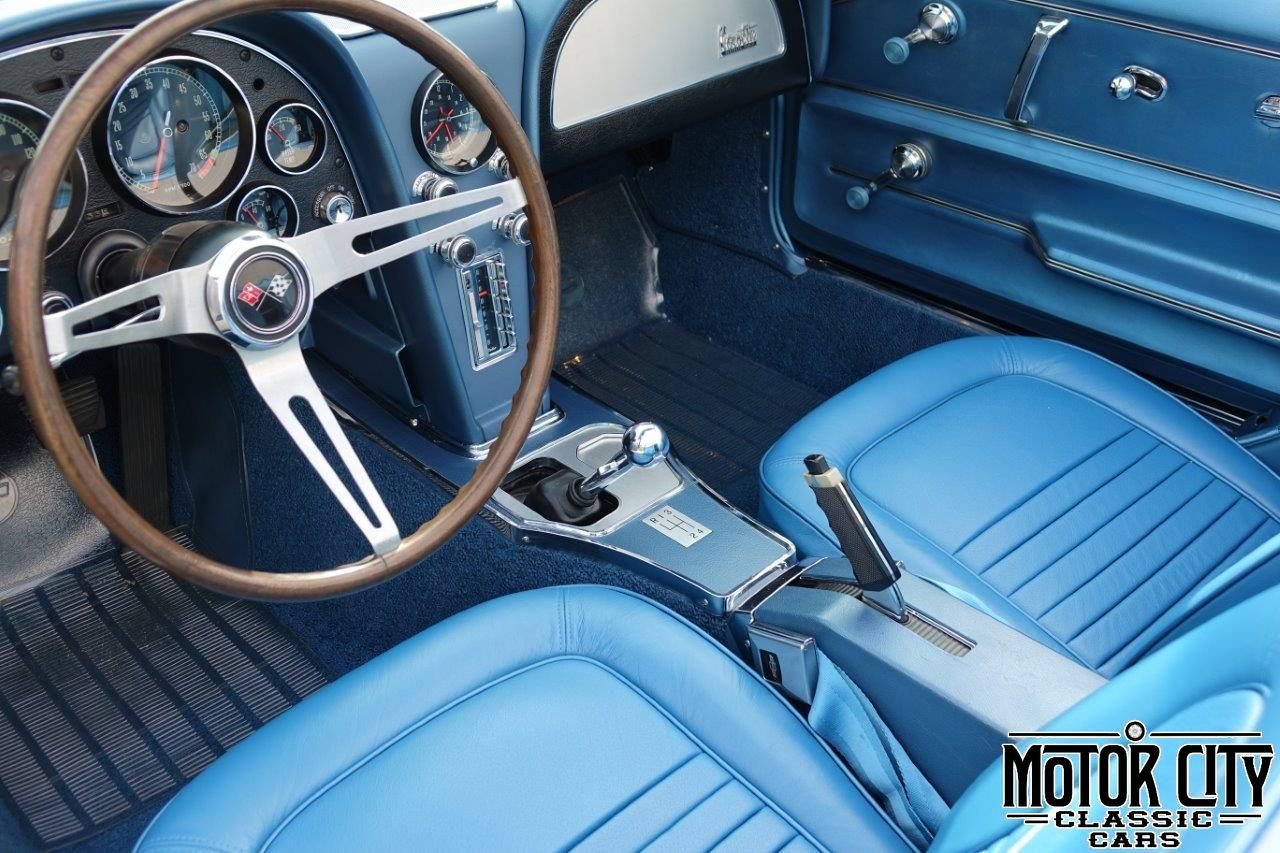 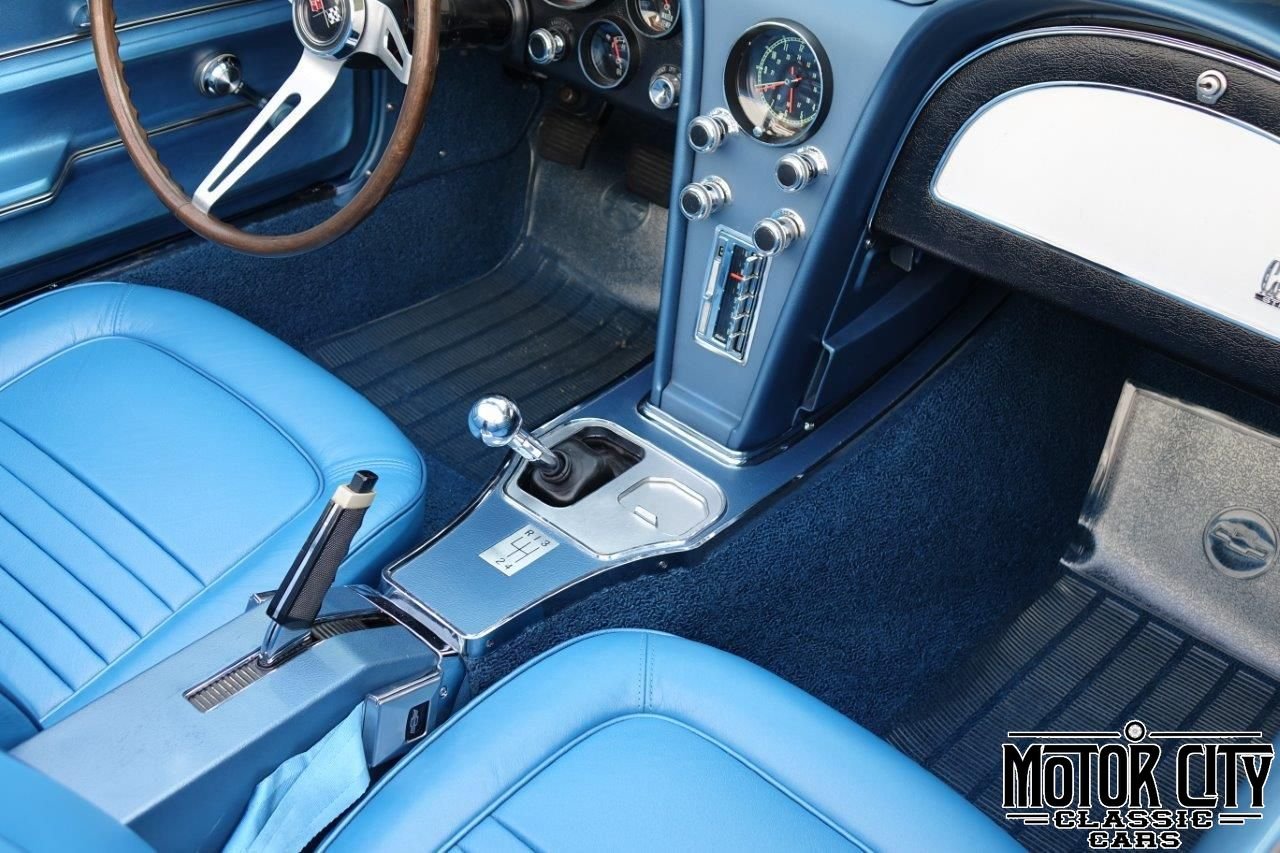 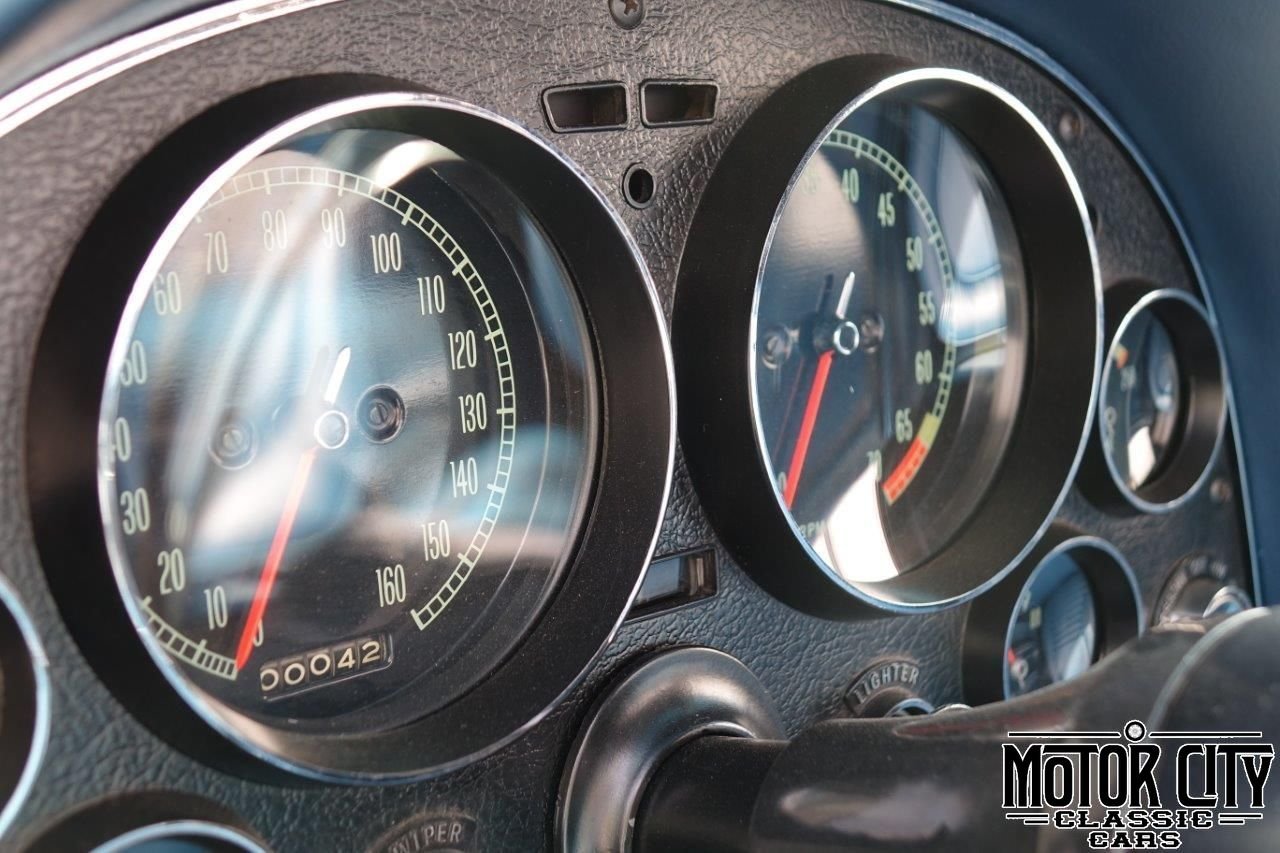 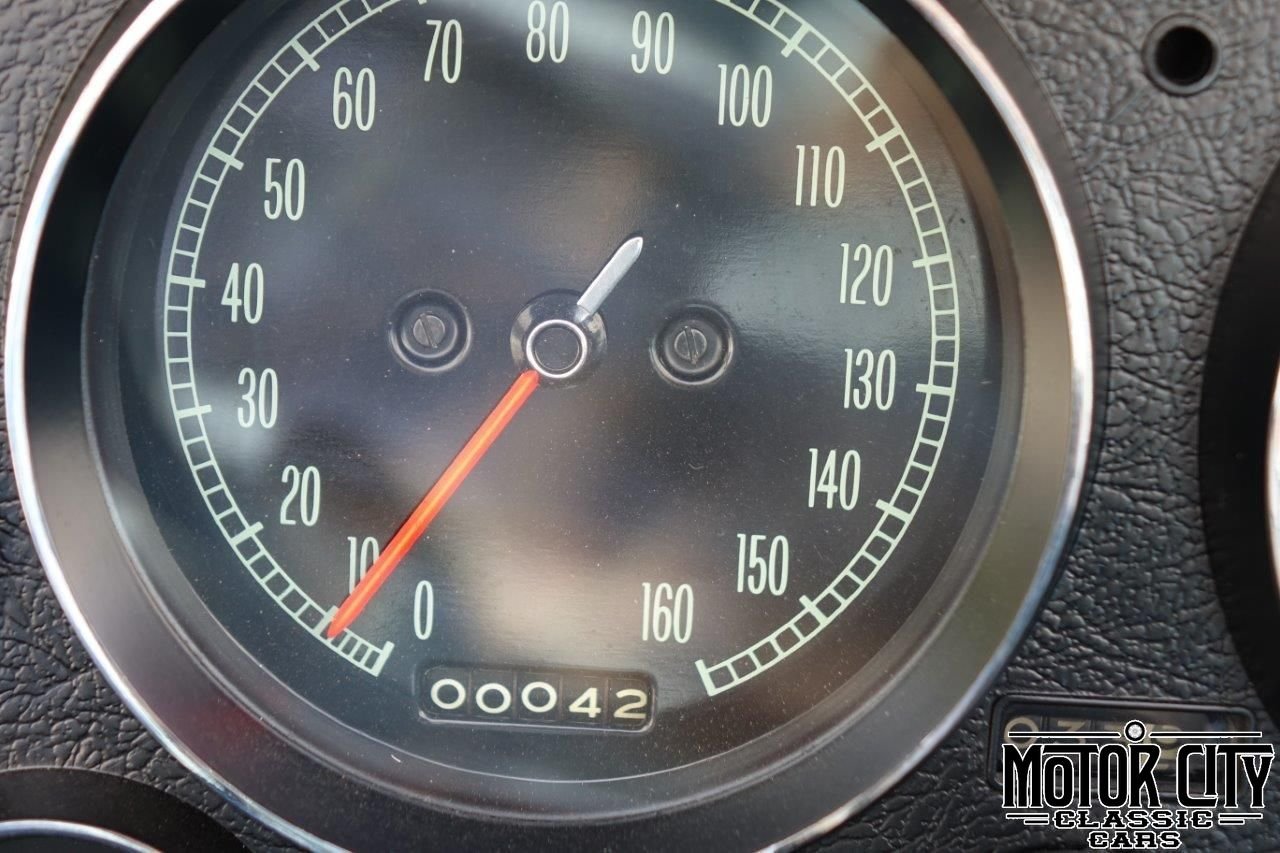 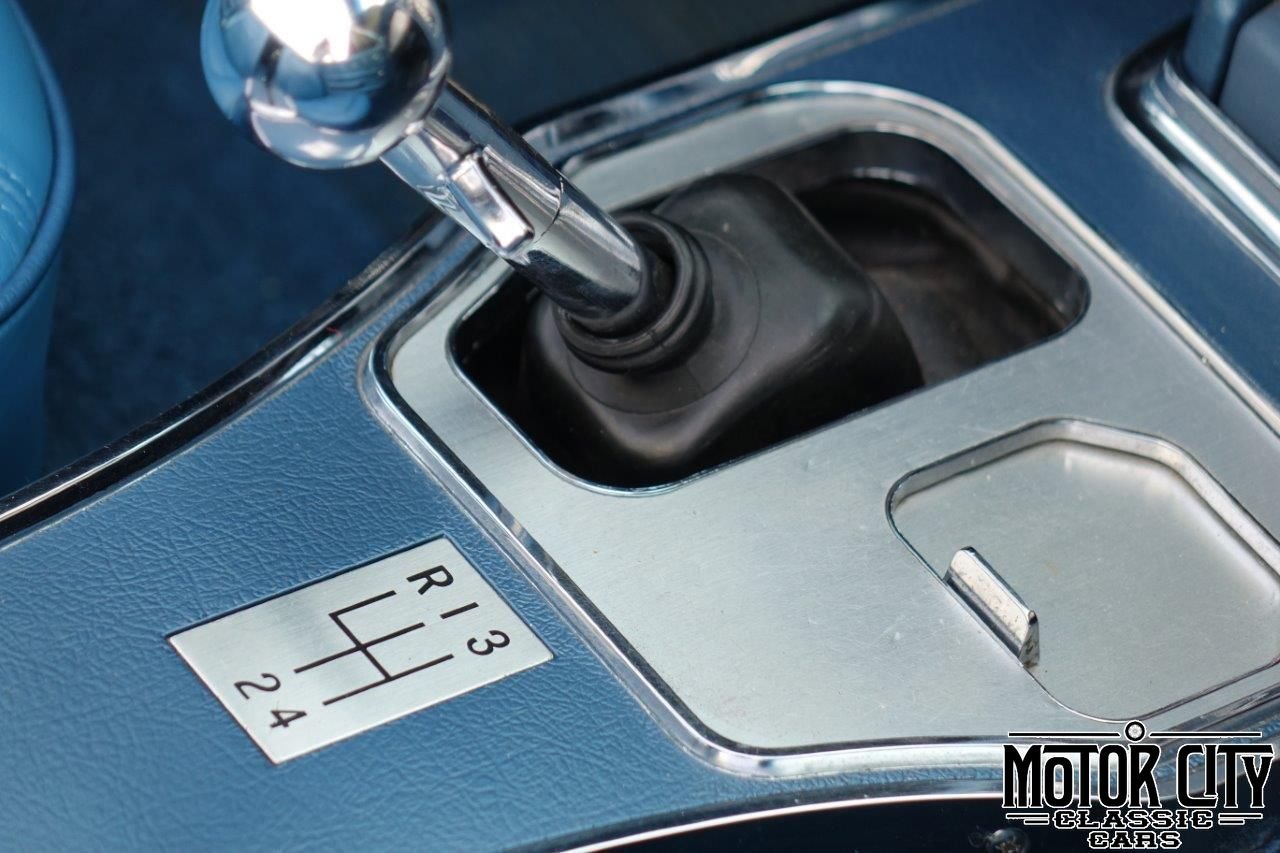 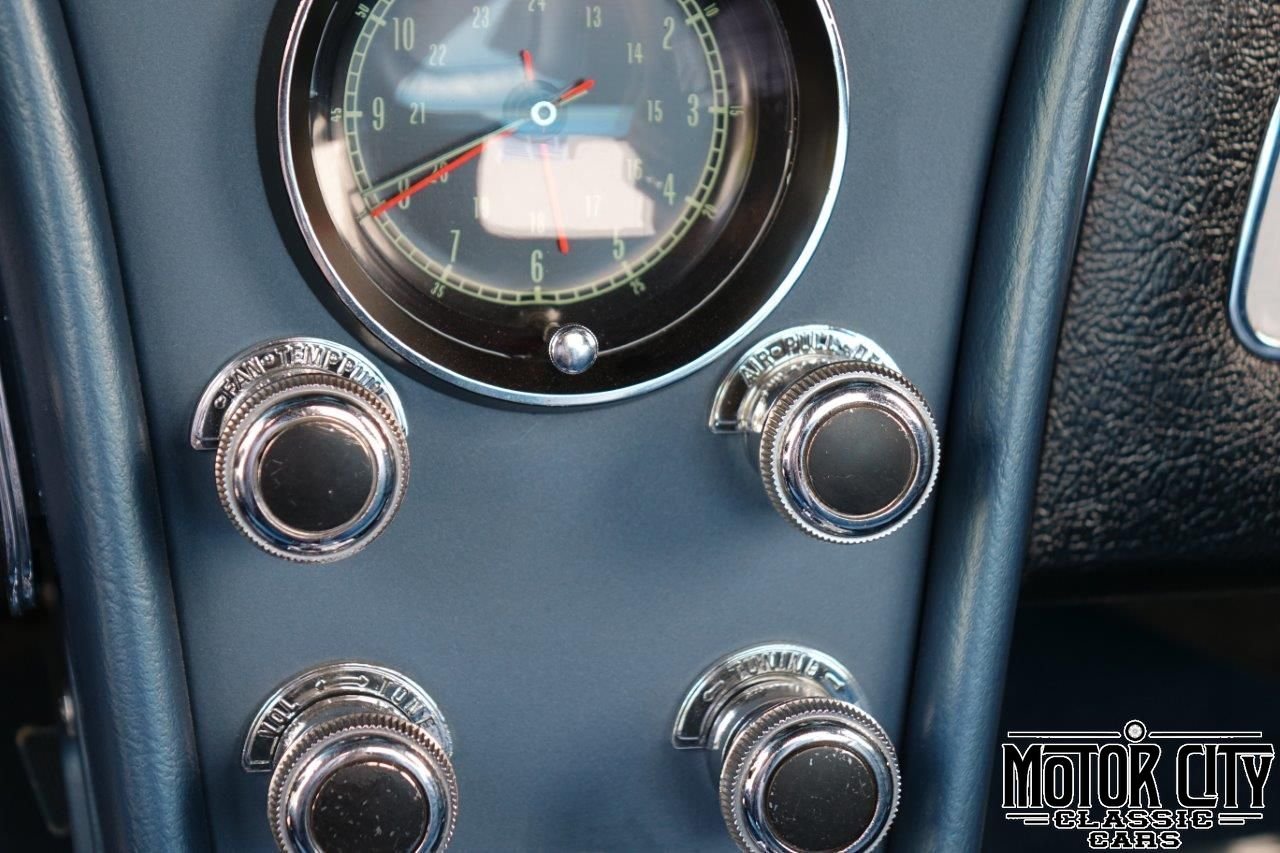 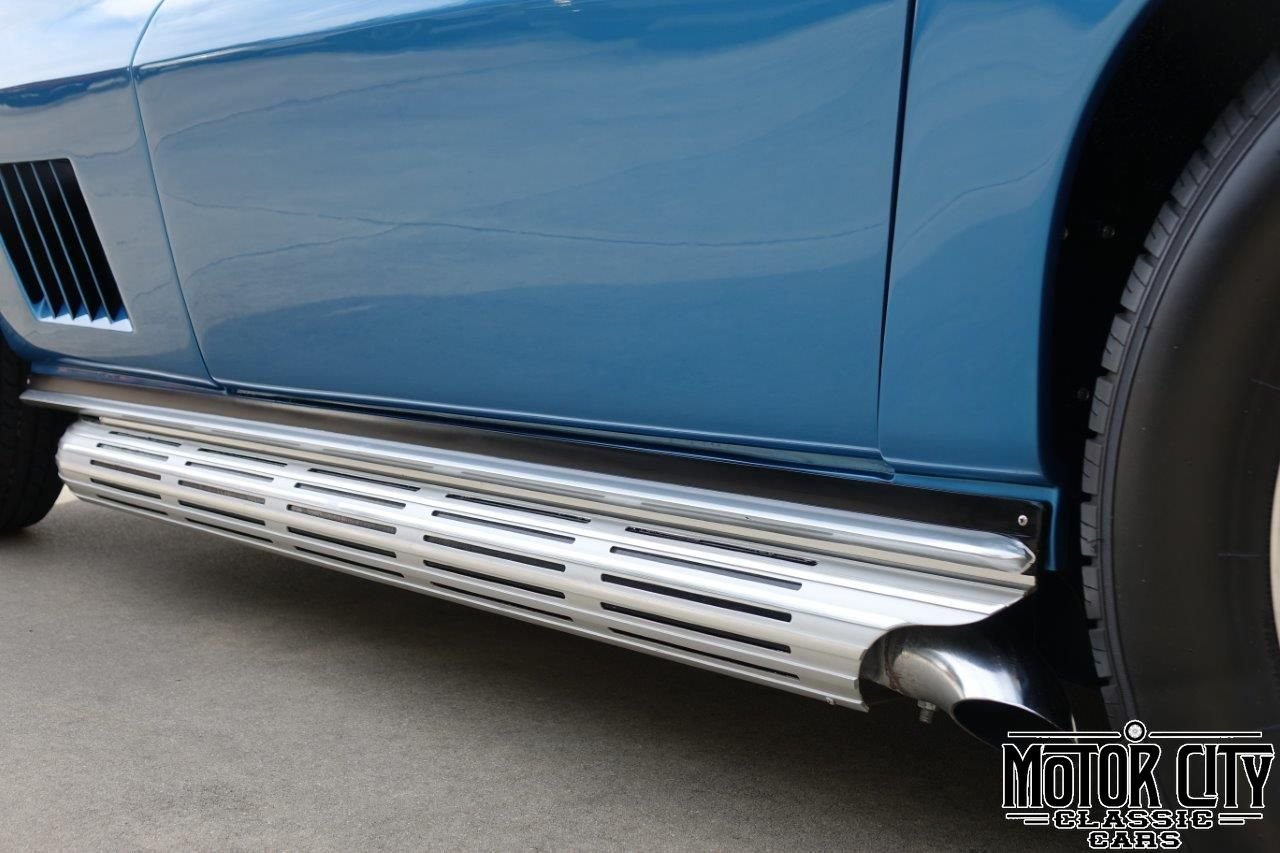 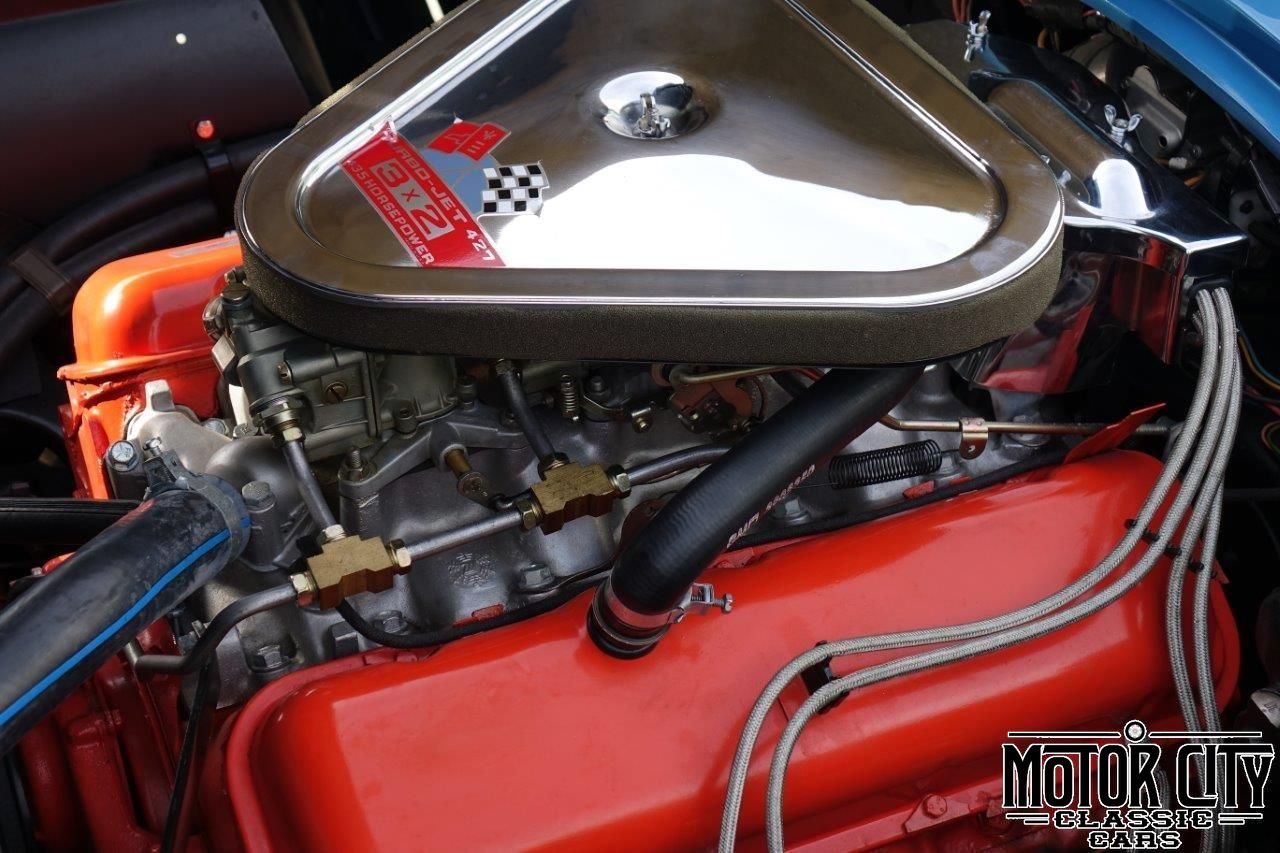 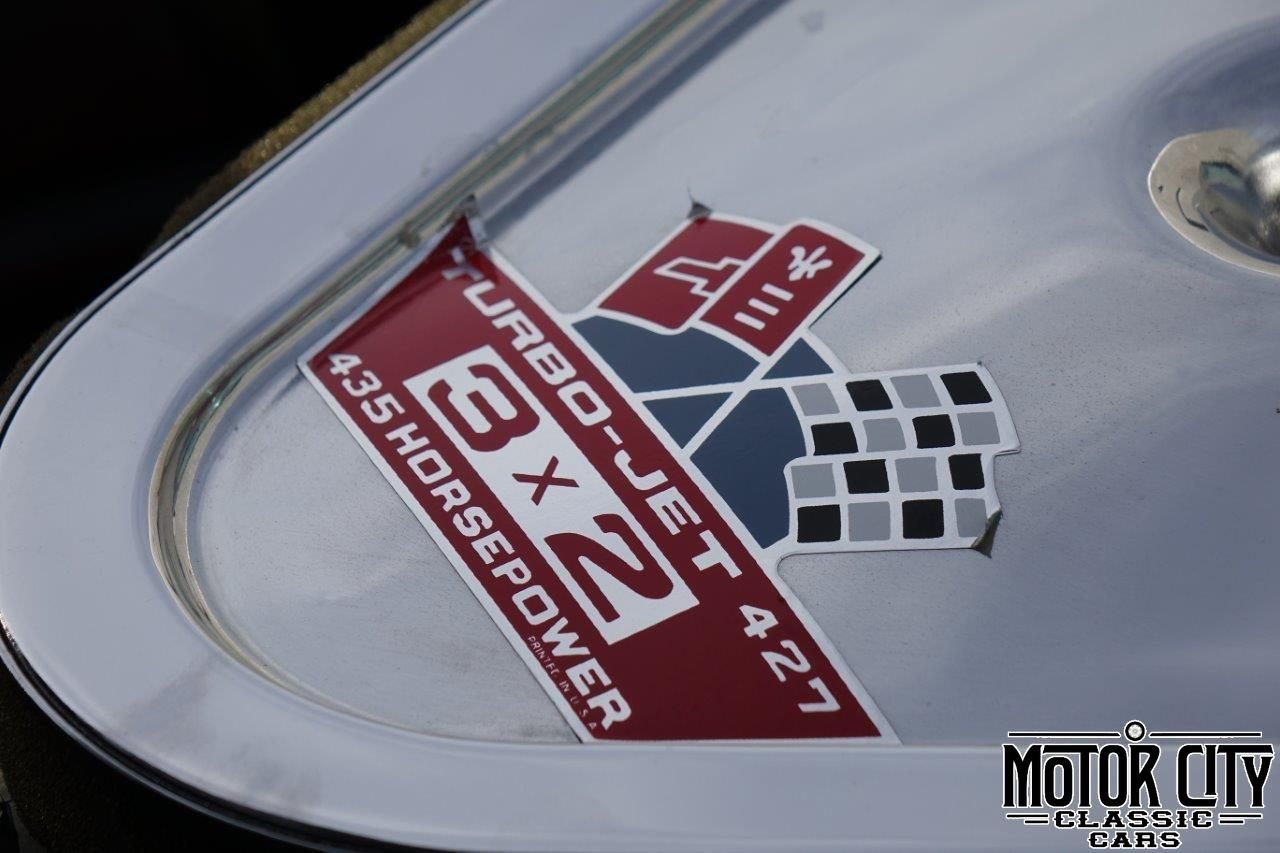 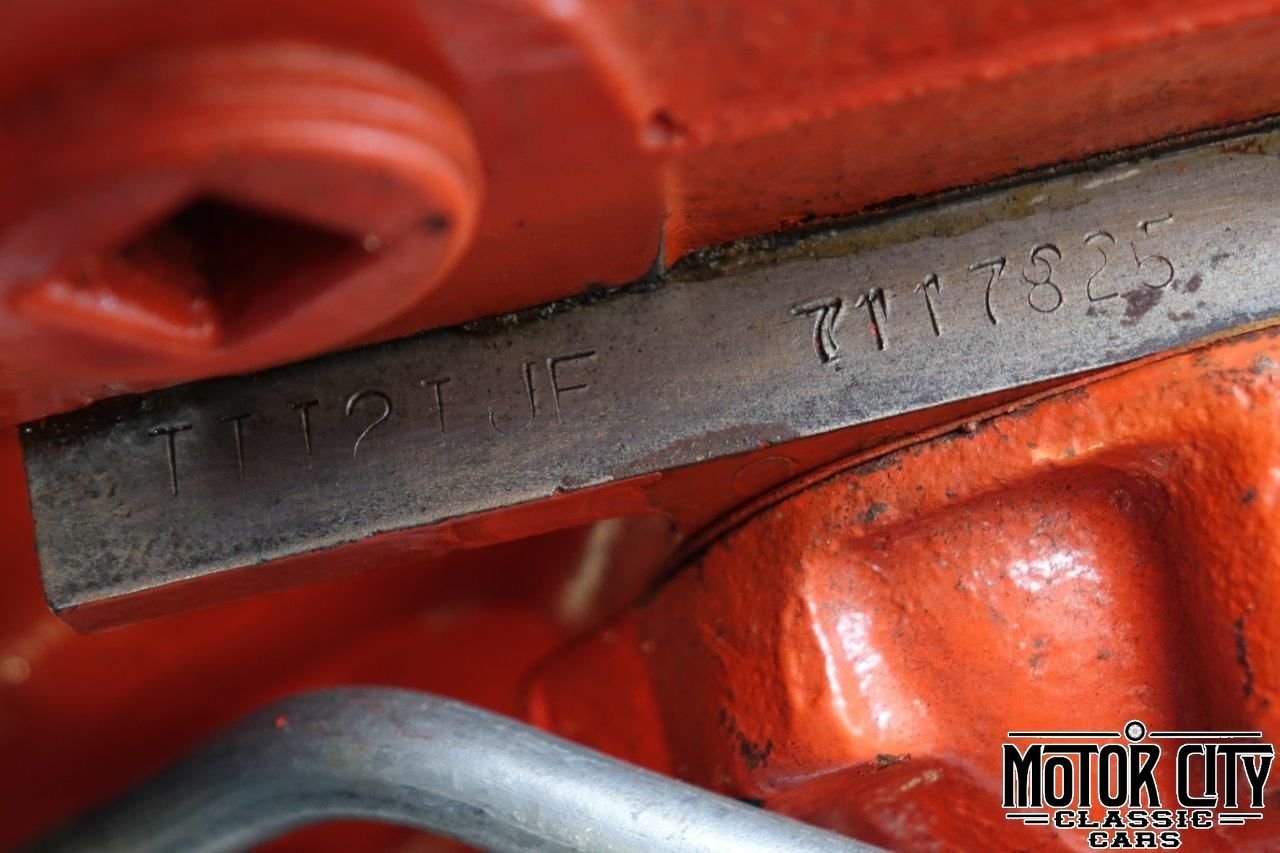 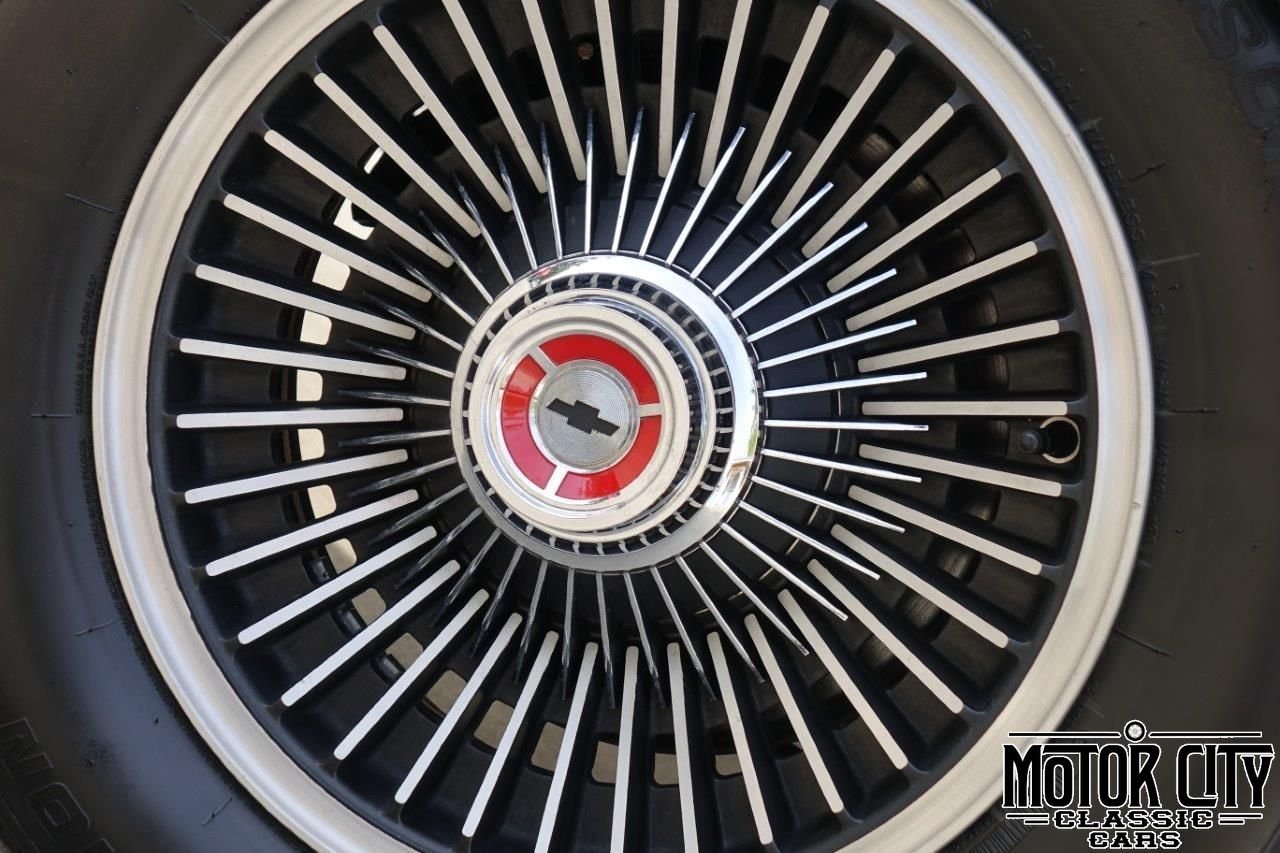 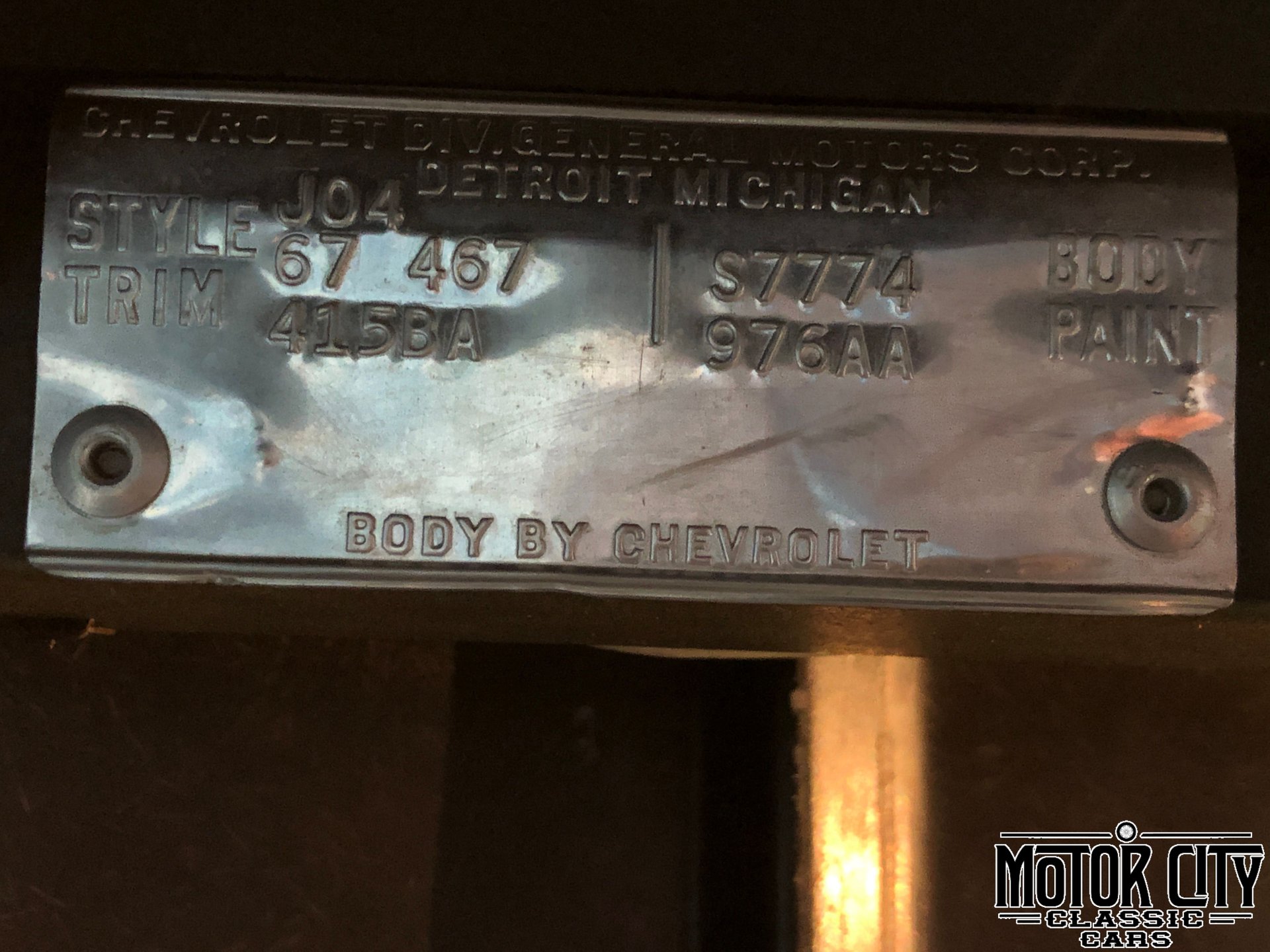 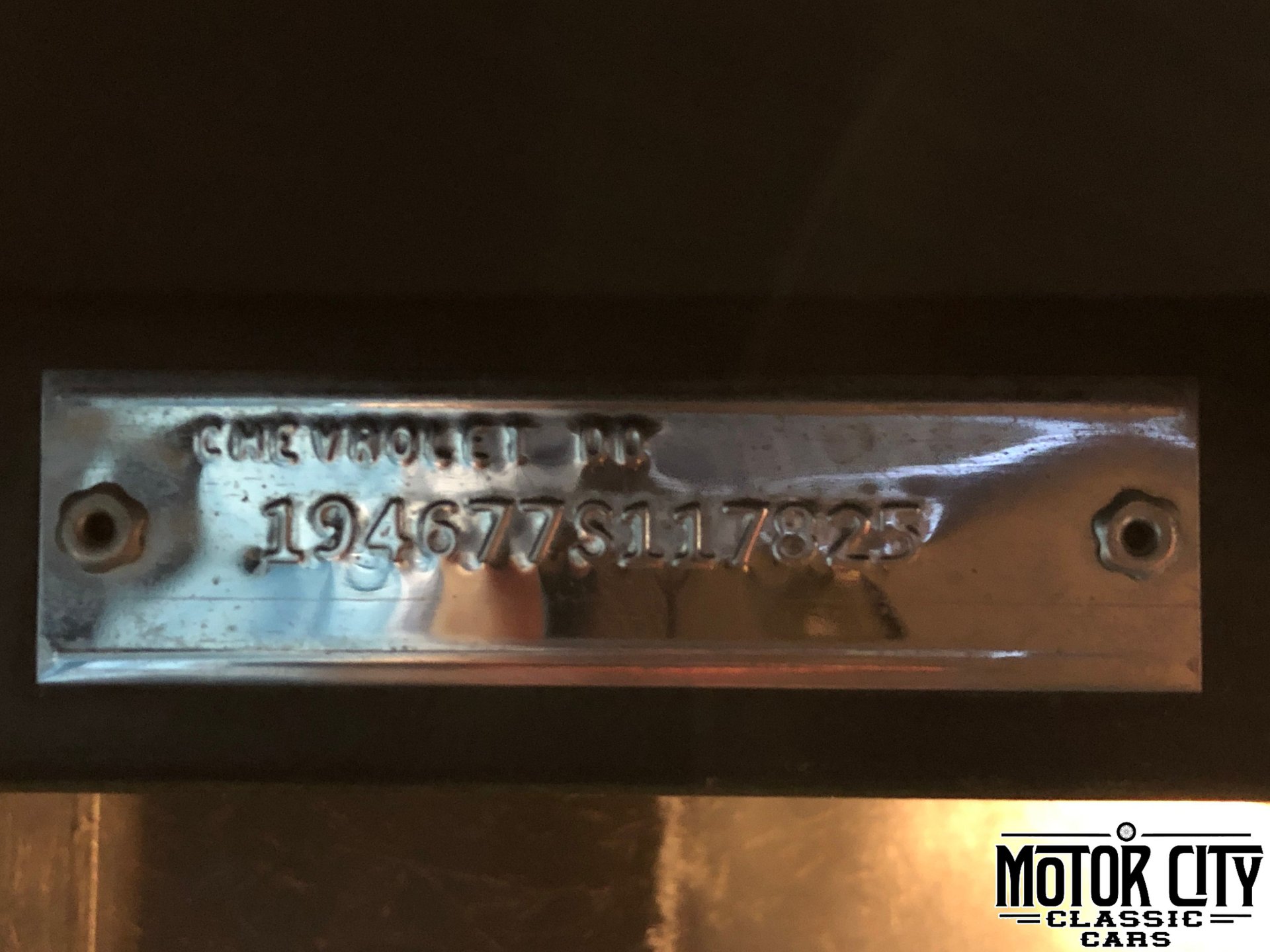 1967 Chevrolet
Corvette
$139,000 From $1,410 / month
For final year of the Corvette C2, the 1967 Corvette received significant style and power upgrades. Redesigned fender vents, new rear lighting styles and an upgraded interior were complimented by great increases in horsepower. As the C3 Corvettes were met with varying degrees of reception due to their extreme styling, the '67 is highly sought after for its classic design and impressive performance. This 1967 Corvette Convertible is the result of an outstanding restoration that maintained the unique originaltiy of this Corvette. In factory Marina Blue over a bright blue leather interior, this convertible Corvette is powered by a 427/435hp 8-cylinder engine mated to a 4-speed close-ratio manual transmission. It's equipped with 3.70 posi-traction and an AM/FM radio. The Trim Tag indicates “67-467,” confirming the 1967 model year convertible with St. Louis-built body “S7774.” In 1967, only St. Louis bodies were available with the 427 engine. The Trim Tag indicates “J04” as the production date of May 4, 1967, with “Trim 415BA” Bright Blue leather, no power windows, no headrest, no shoulder harness, no automatic transmission and no hardtop. The “976AA Paint” indicates Marina Blue paint with a black Stinger. The M21 close-ratio transmission carries the VIN derivative of “7S117825”, which represents the proper VIN derivative sequence for this vehicle and is an original GM/UAW stamping. The transmission production stamping confirms the production date is consistent for this vehicle's actual production. The transmission production stamping indicates “P7D03,” where “P” reflects Muncie 4-speed, “7” reflects 1967 and “D03” reflects that it was assembled on April 3rd. The differential does not carry a VIN derivative; however, it carries an axle ratio code and production date. The differential is coded “FA 4 10 67,” where “FA” decodes as 3.70 posi-traction 4-speed 427 and “4 10 67” decodes as April 10, 1967, assembly. The casting date shows “C137,” where “C” represents March and “137” represents the 13th day of March in 1967, indicating it is the differential this vehicle was born with. This is an outstanding '67 427/435 Vette that should not be missed. This 1960 Thunderbird represents one of the rarest builds for the second-generation of the model. For the 1960 model year, Ford was approached by Golde and Company from West Germany and were convinced that adding sunroofs to a model would broaden appeal and put the option on the map for Ford. After much deliberation, Ford agreed and added the option, at a cost of $212.40, for the 1960 model. Despite heavy promotion, Ford only produced 2,536 of the models with a sunroof, leaving remaining "Golde Top" cars a rare find. This 1960 Thunderbird Golde Top is a fantastic example of a well-restored and maintained rare T-Bird. with a 352CI V8, automatic transmission, power steering, power brakes, air conditioning, power windows and power seats, the car is an absolute joy to own and drive. On the interior, the car bears red leather seating for 4, an option that was added just 2-years previous, and is in fantastic condition. On the exterior, the red paint on this T-Bird gleams and the brightwork pops against the paint. With wide whitewall tires, 5 wire wheels and continental kit, this car exemplifies luxury in 1960. This T-Bird is truly a piece of Ford history and its rarity should not be overlooked. Unless stated otherwise, vehicle mileage on title is exempt and unknown if original.