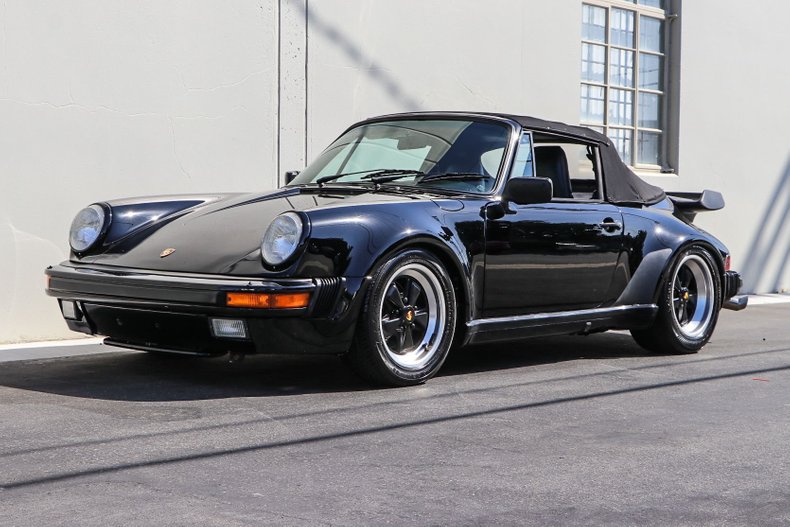 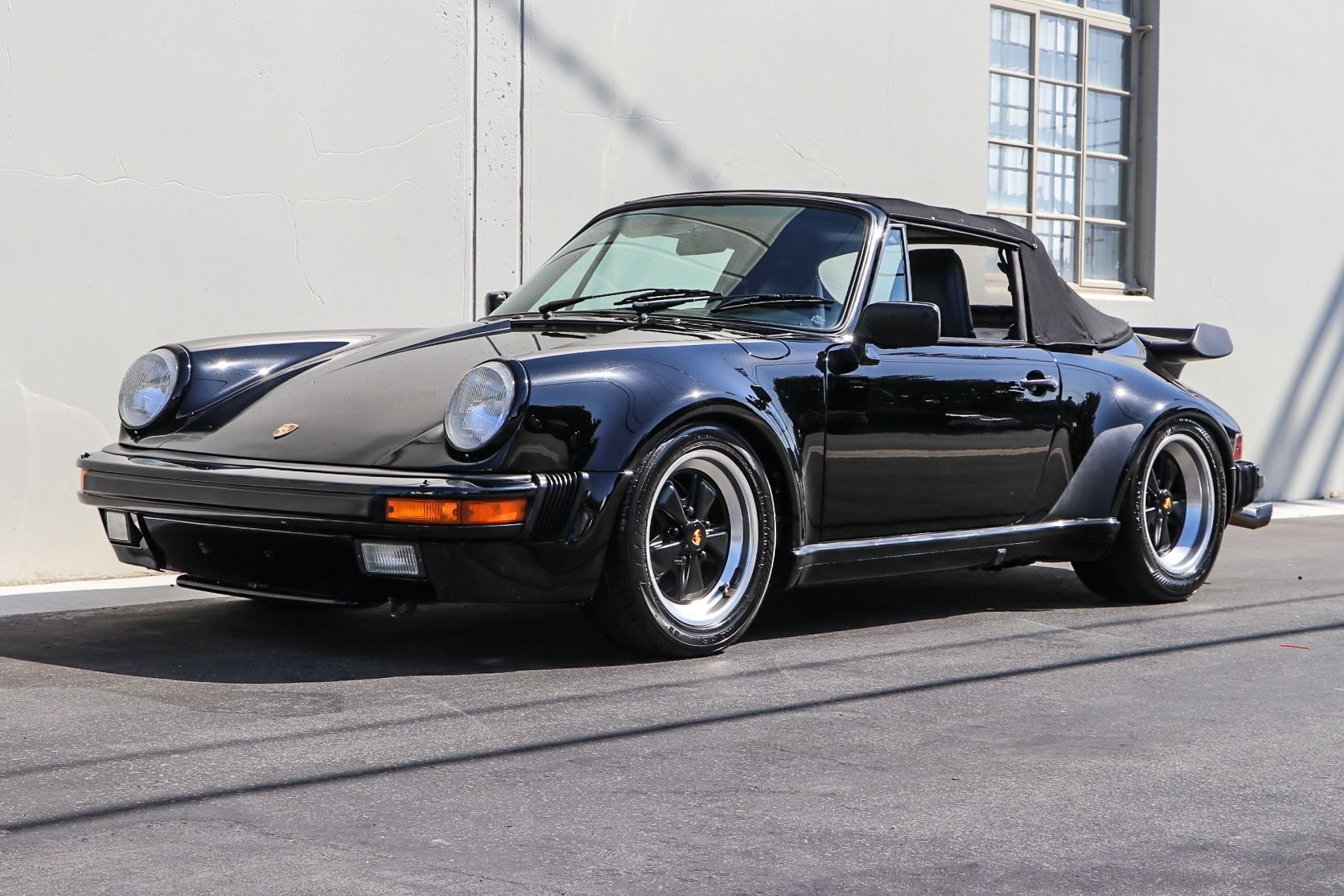 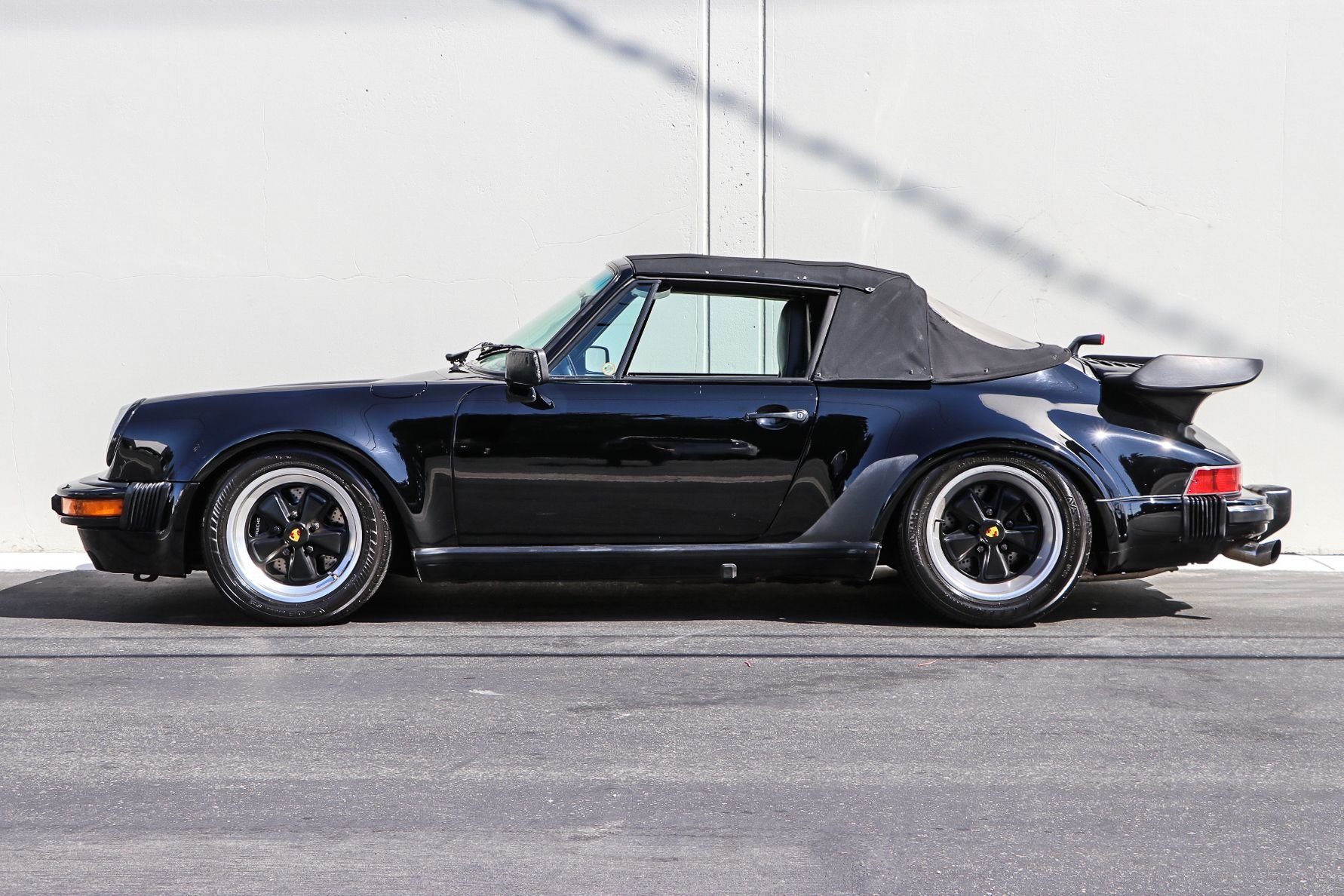 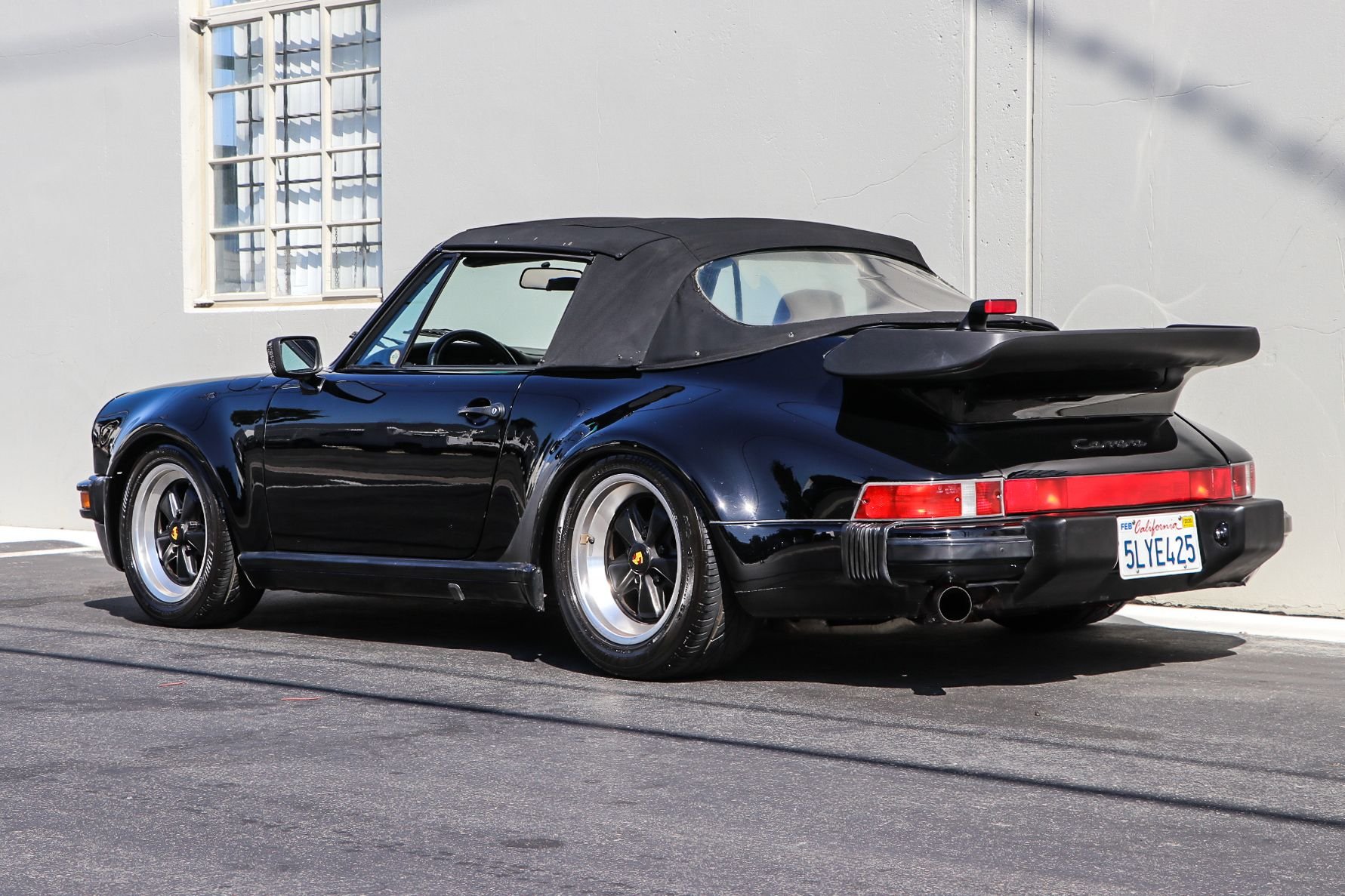 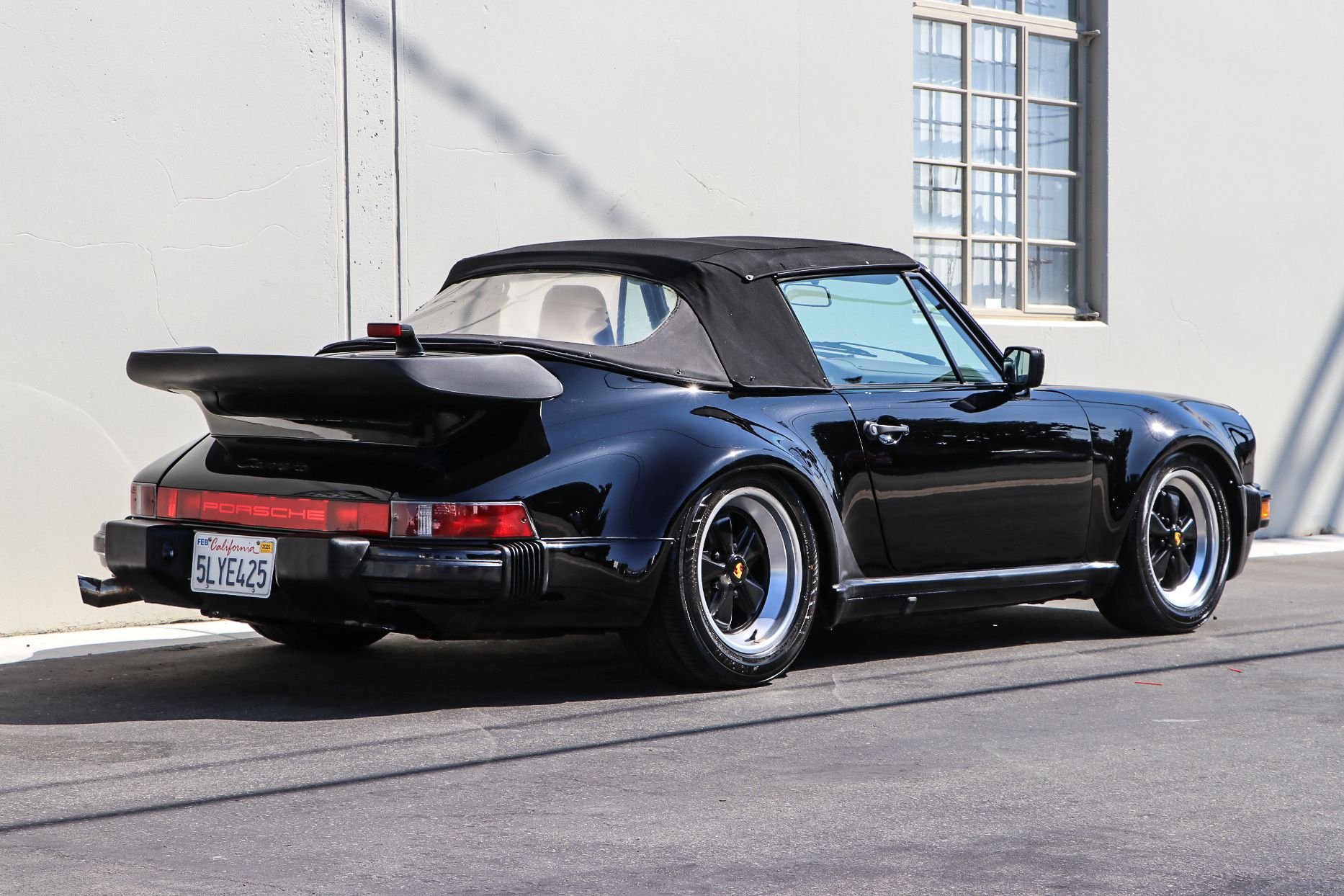 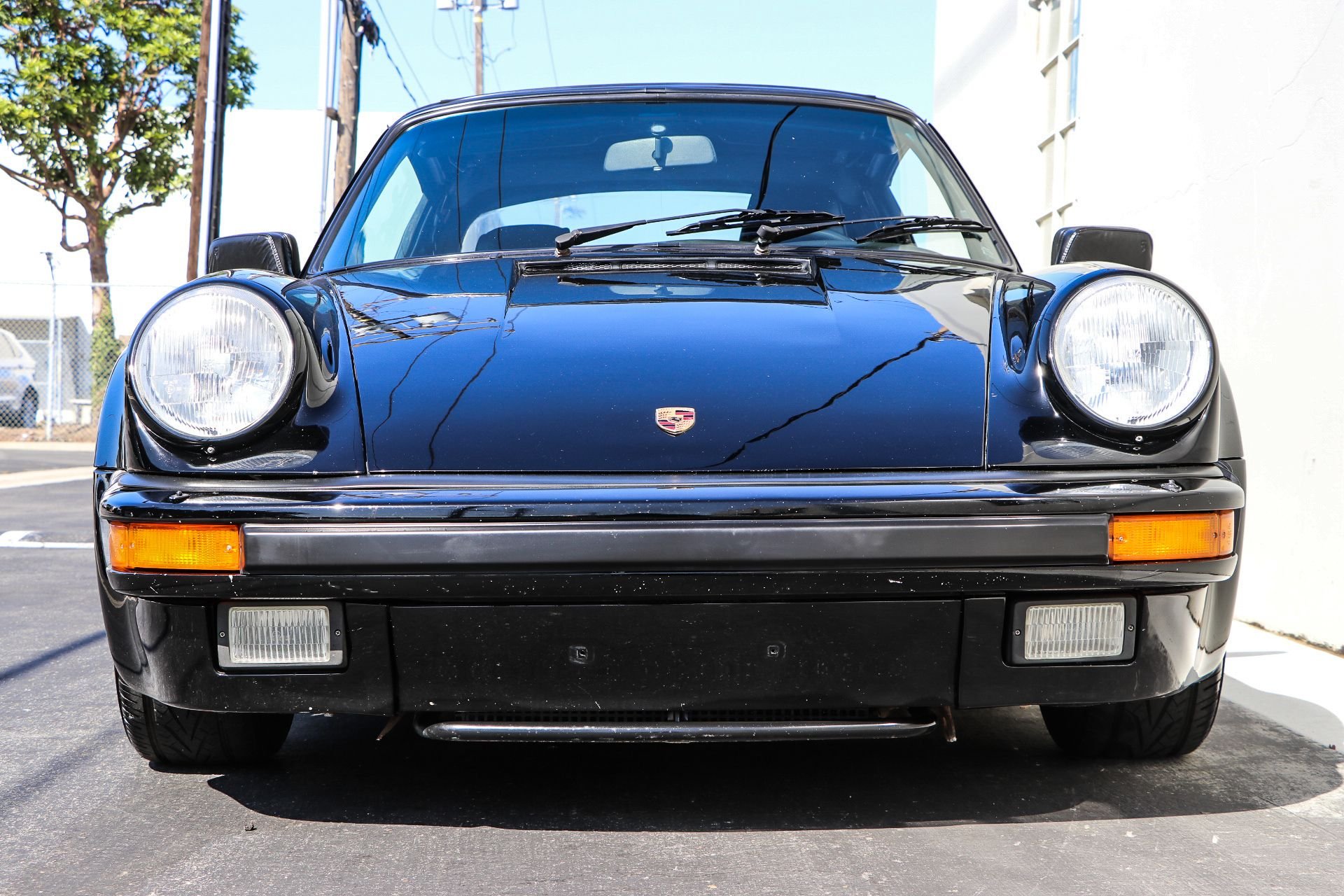 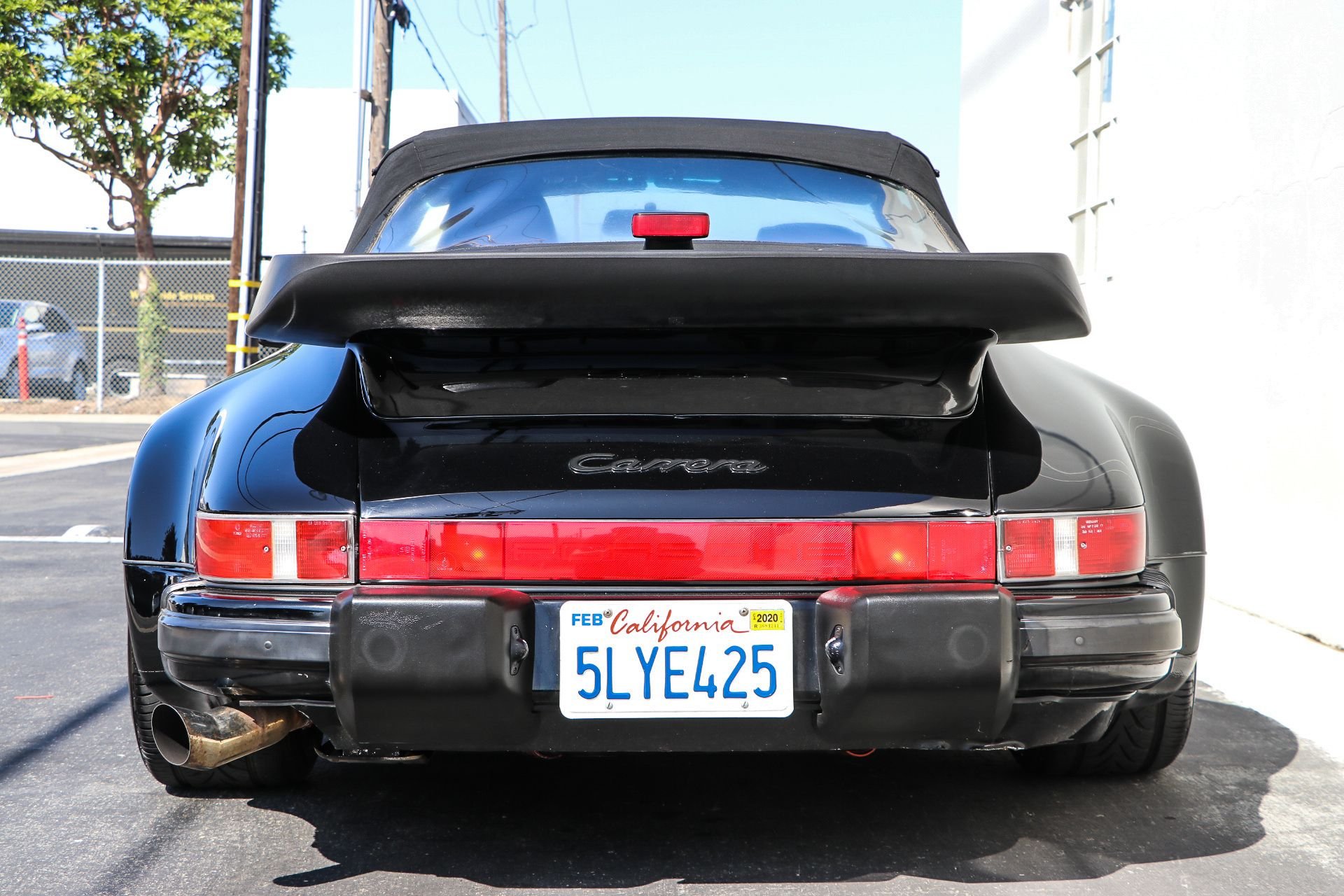 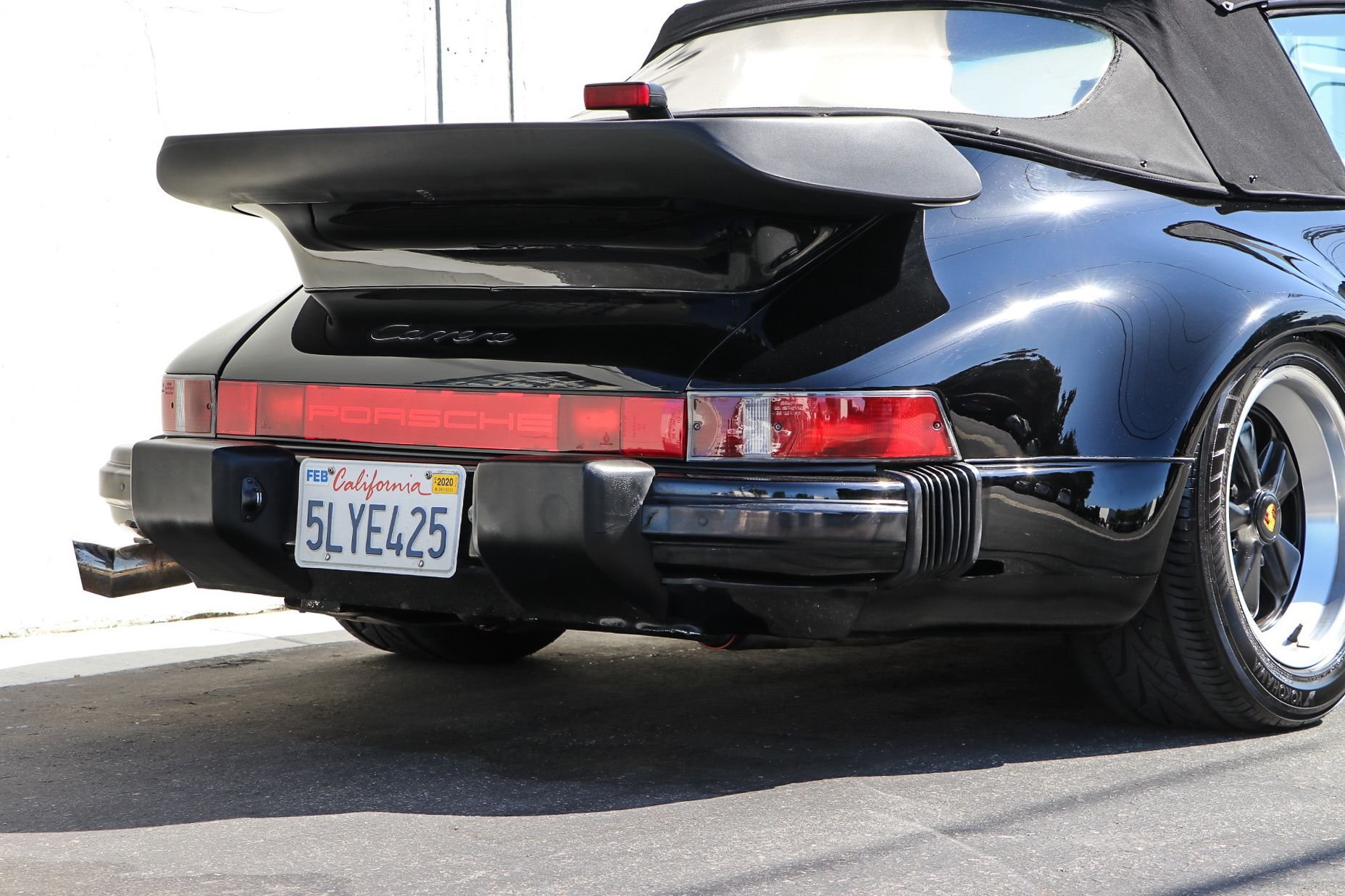 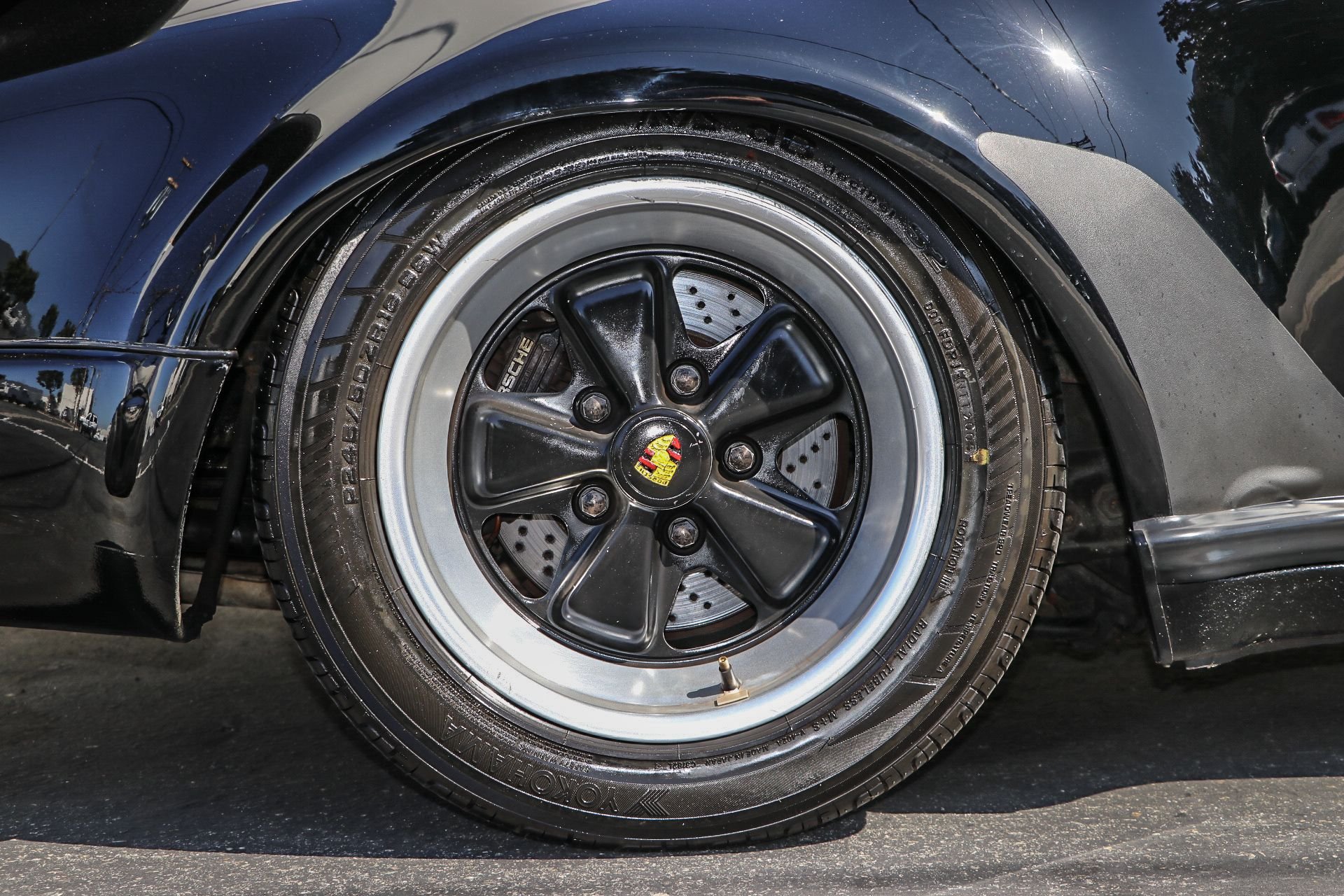 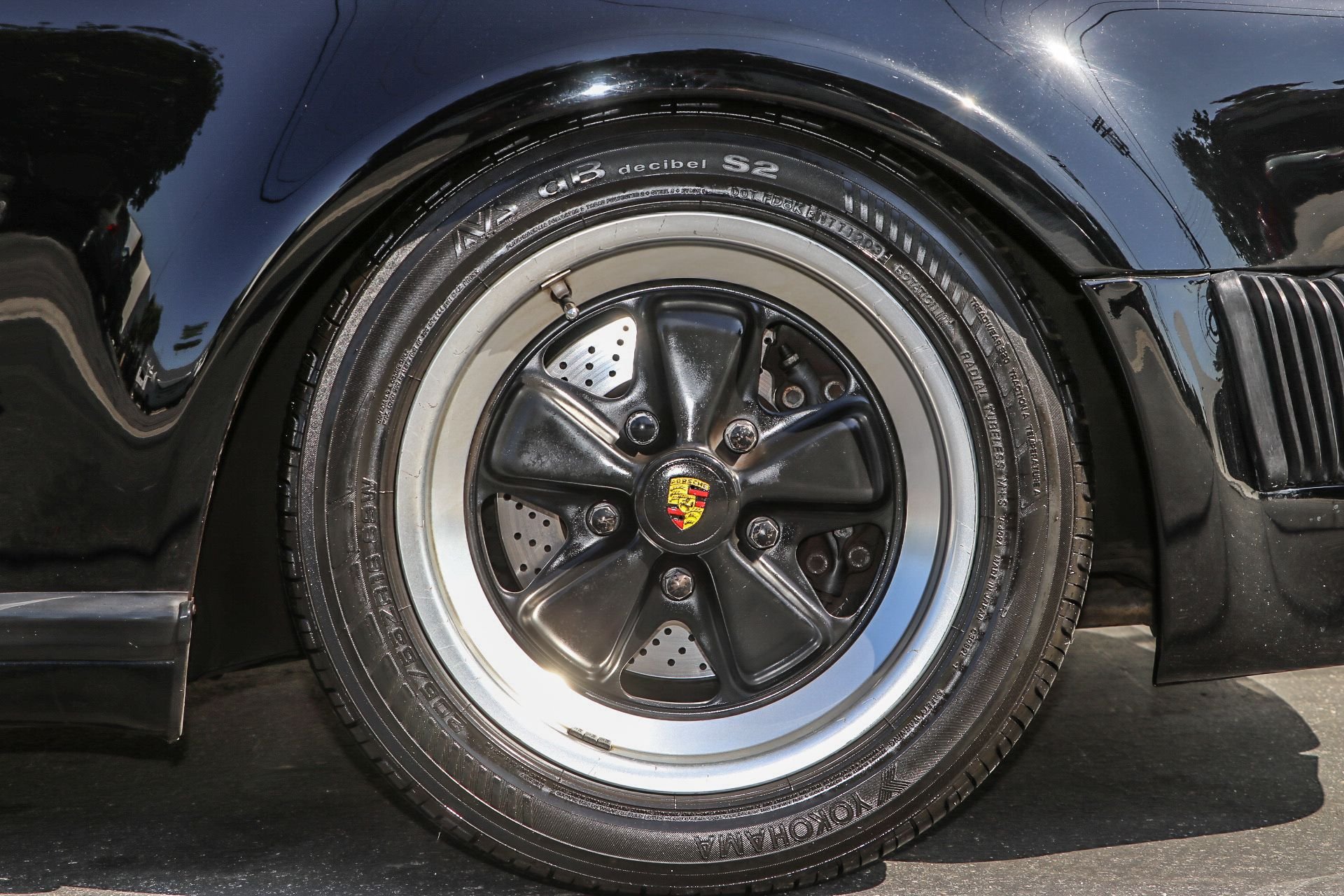 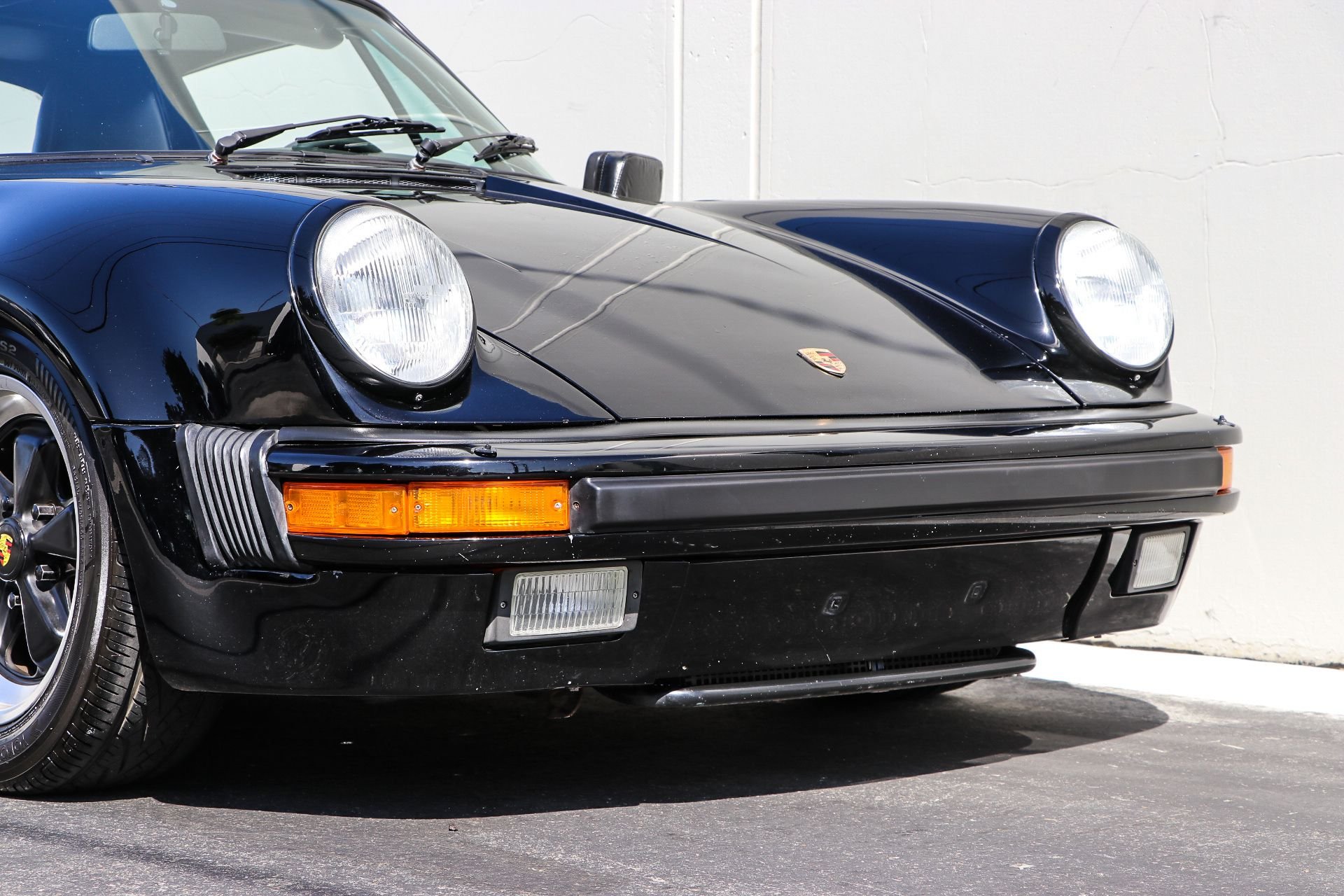 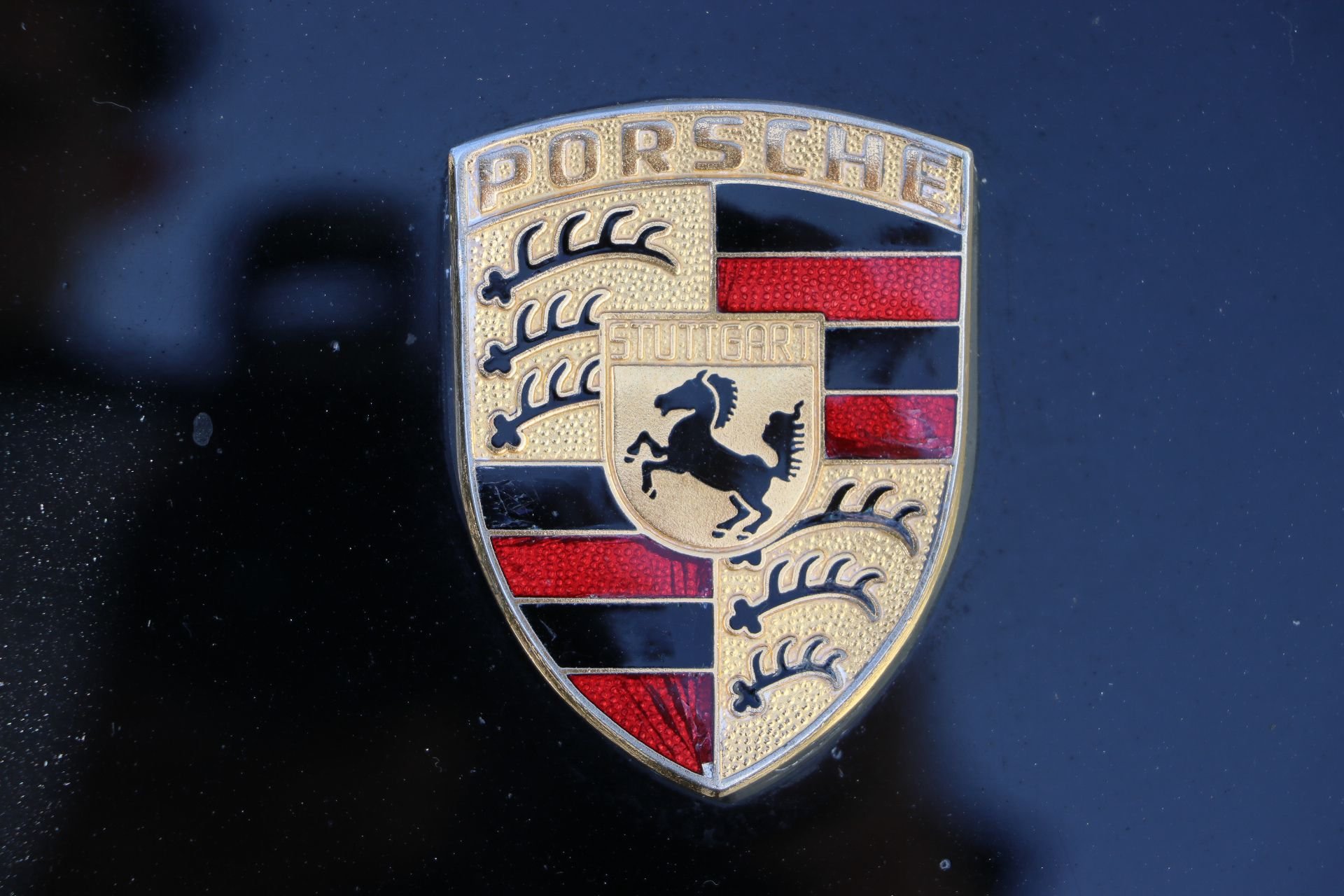 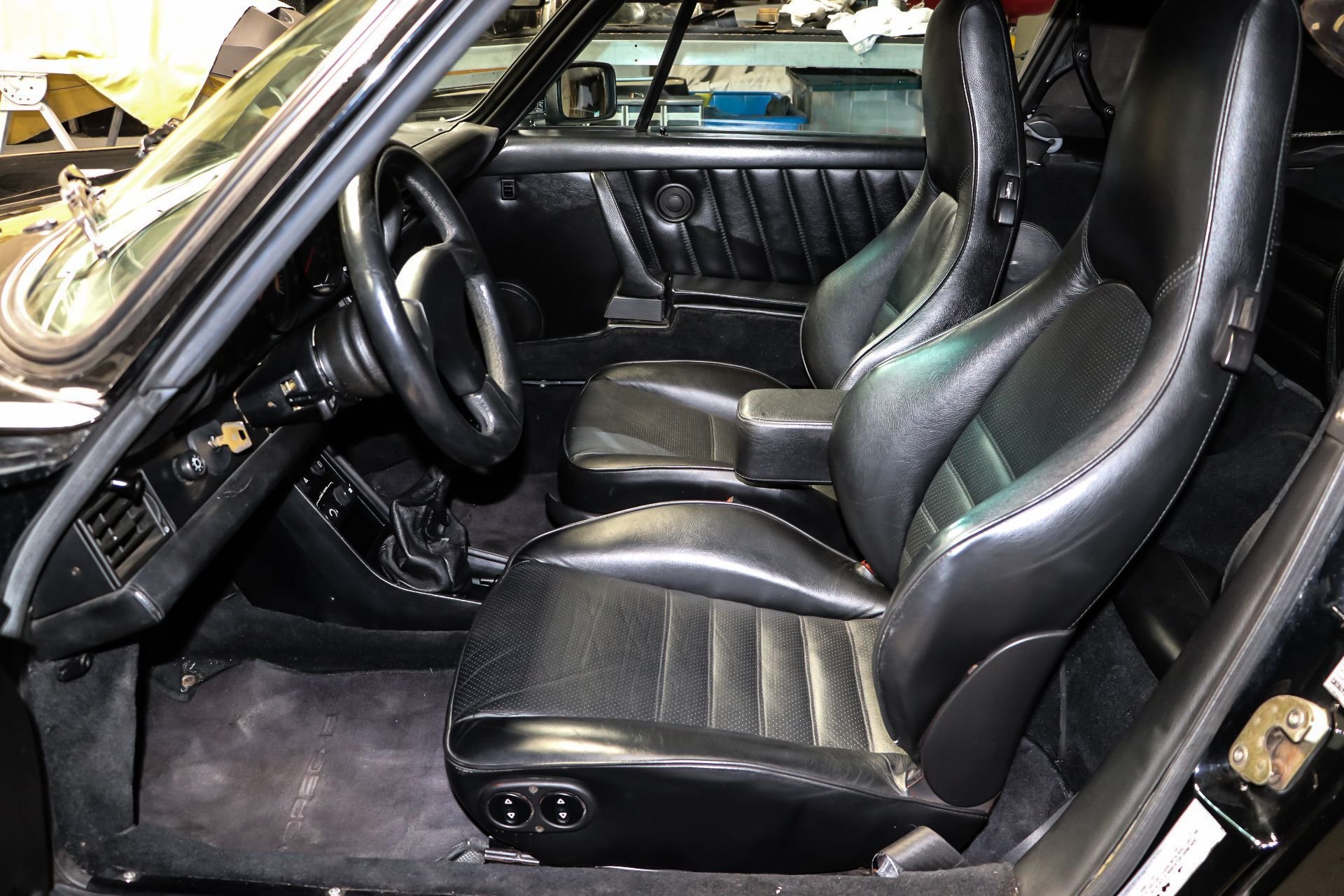 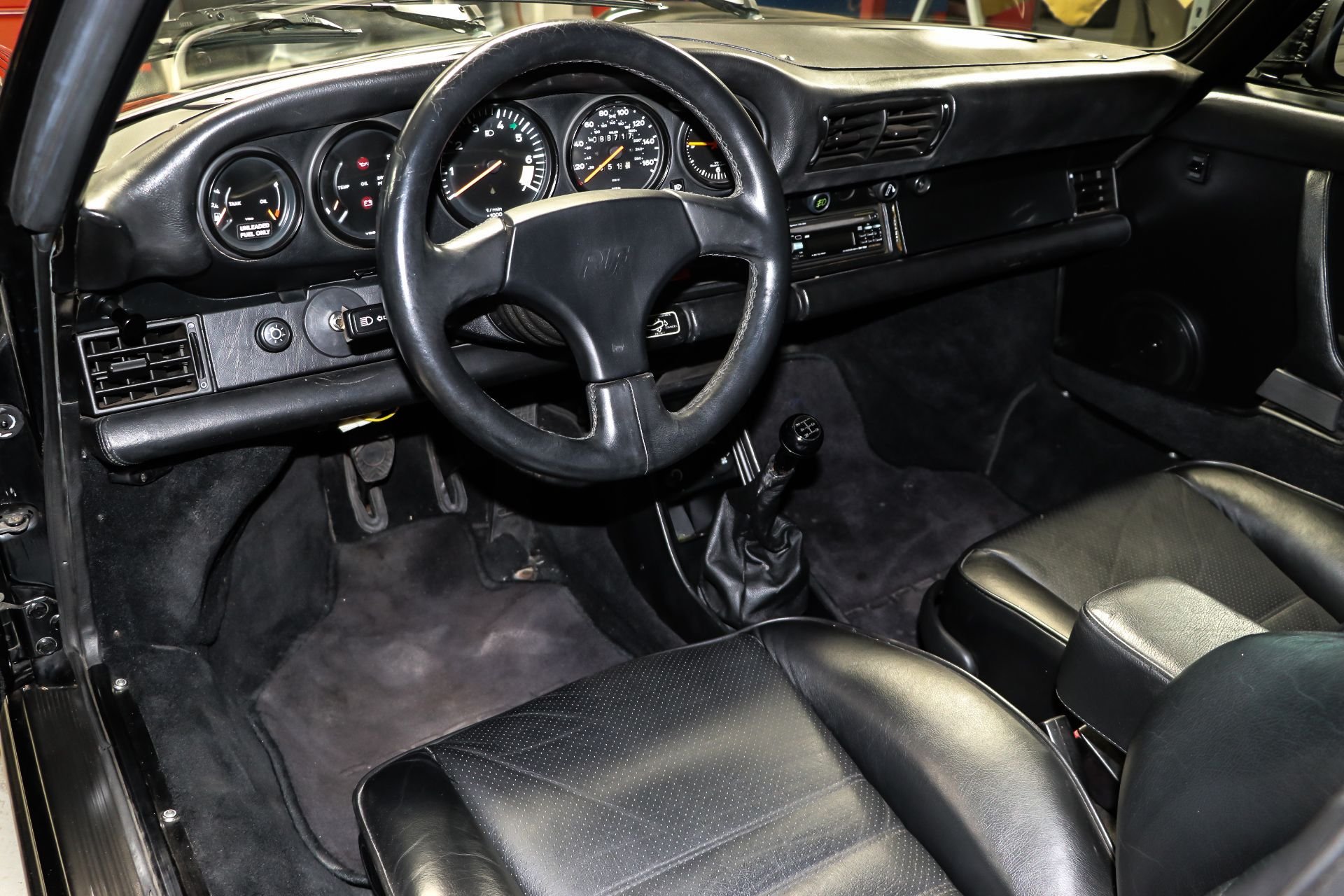 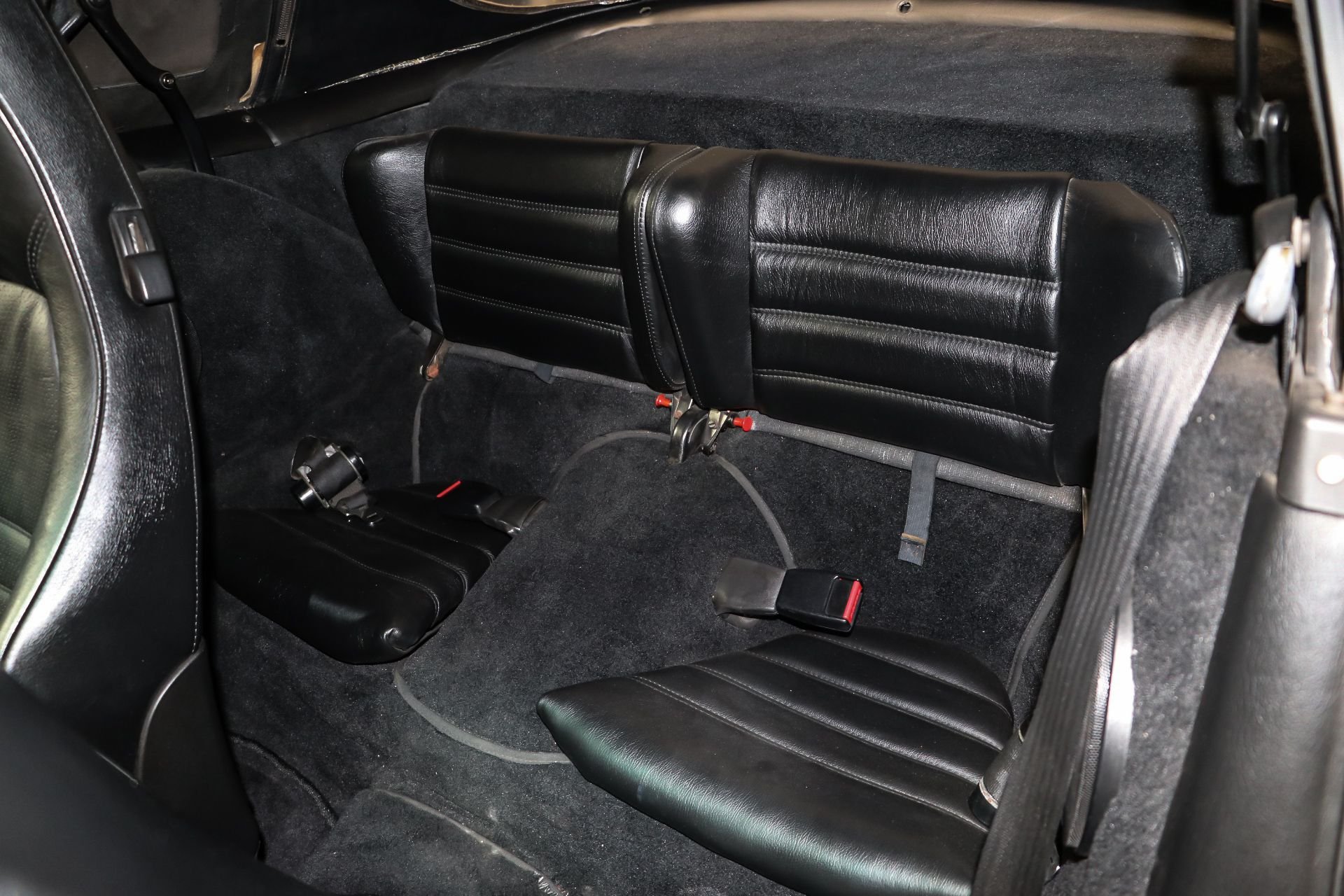 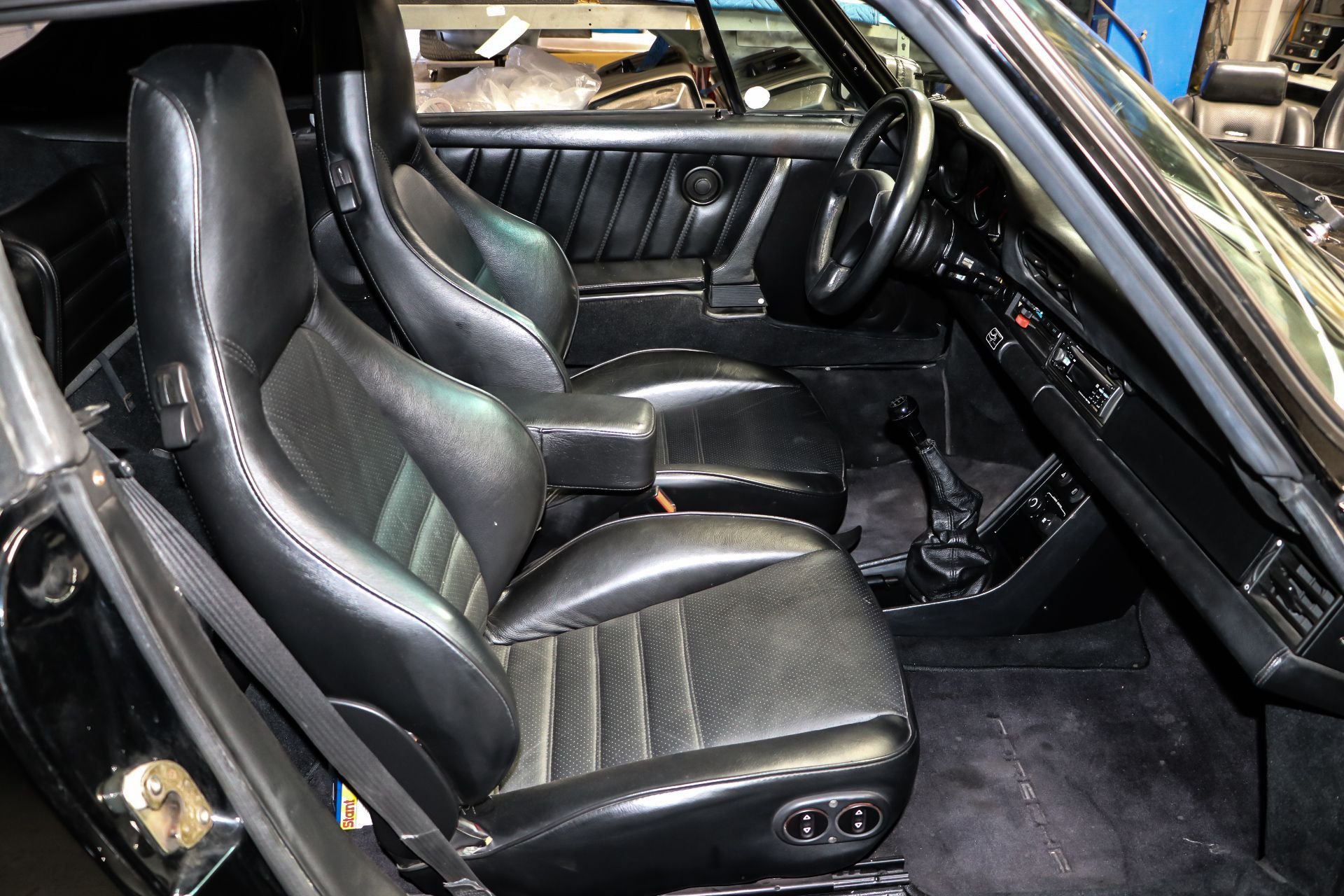 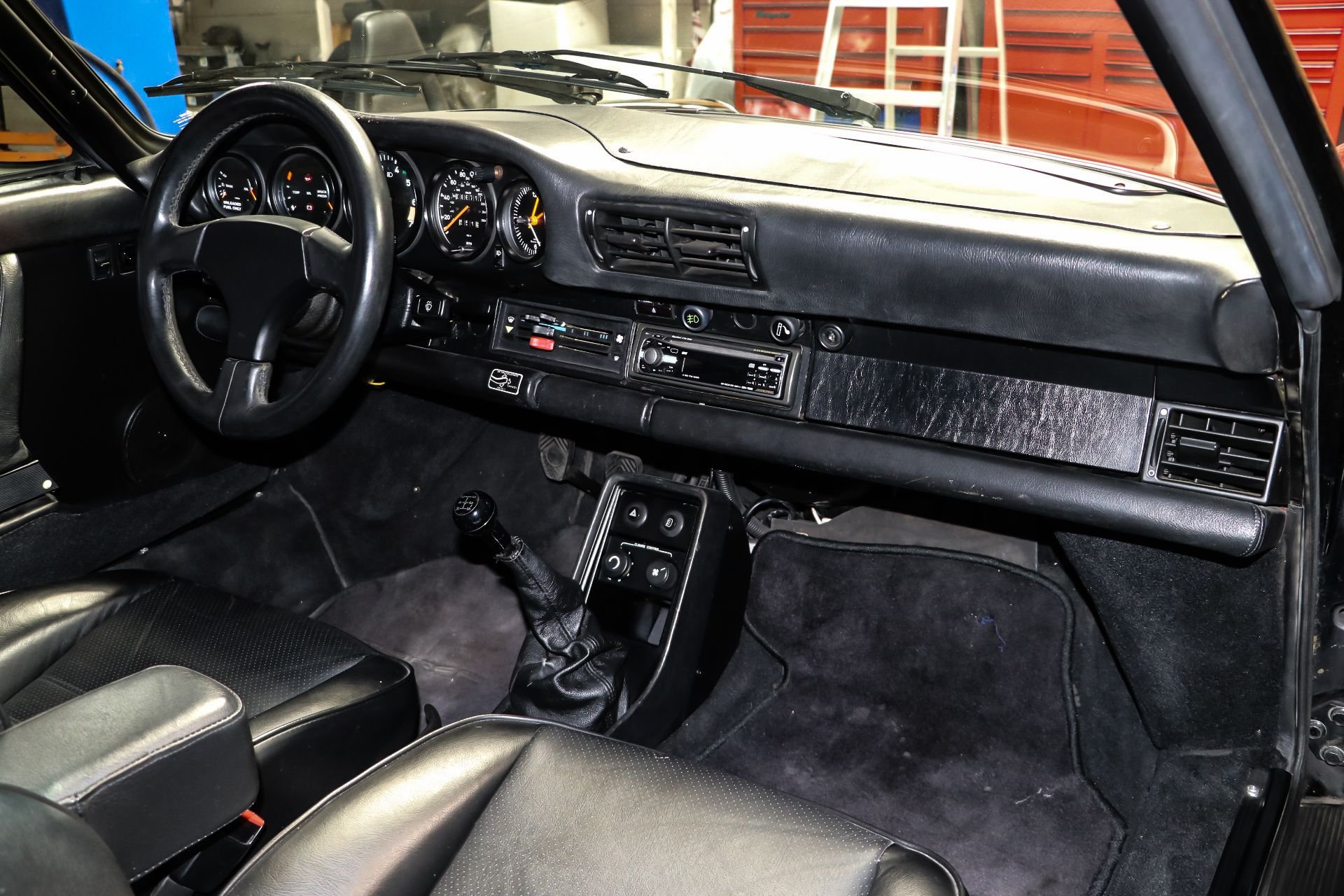 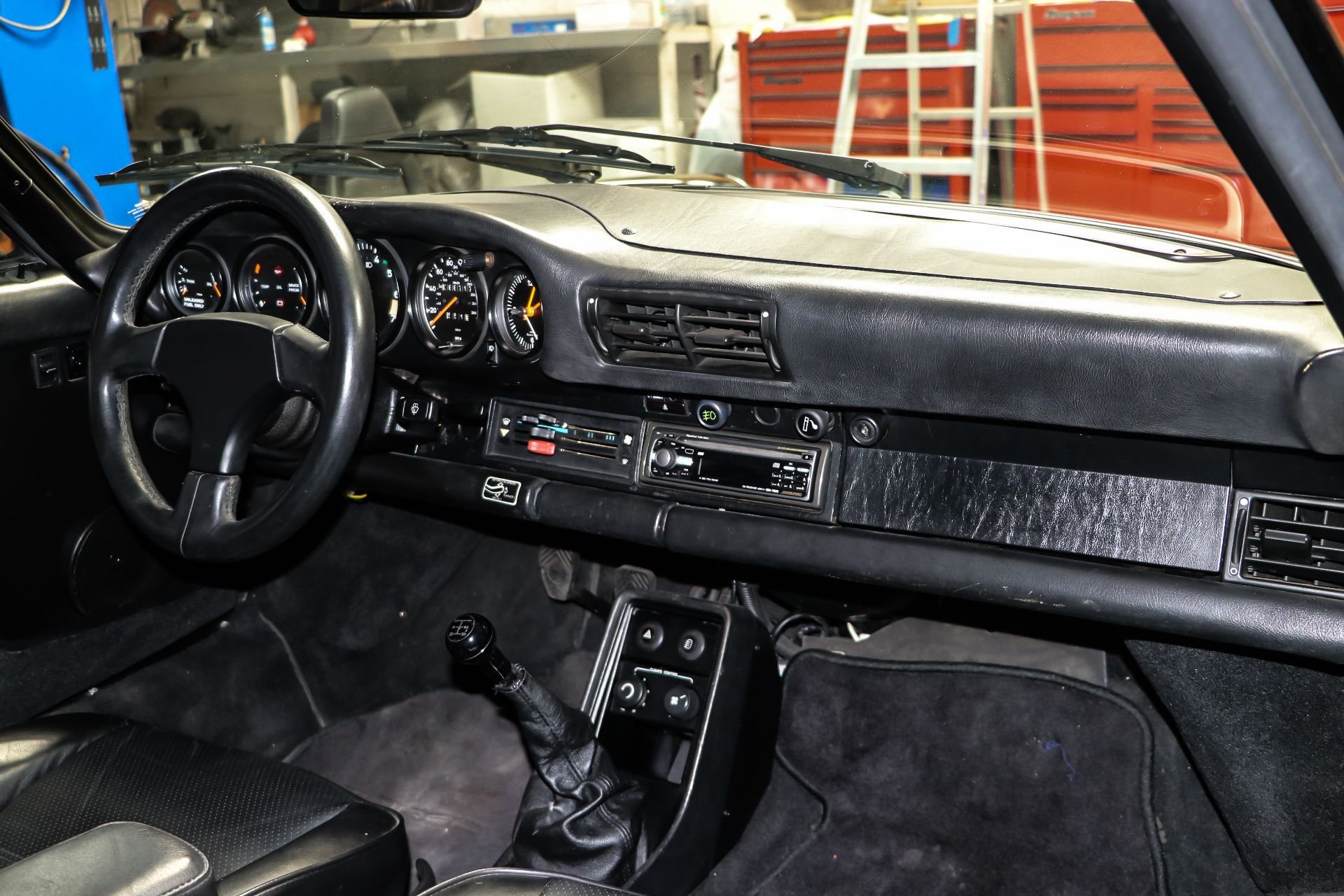 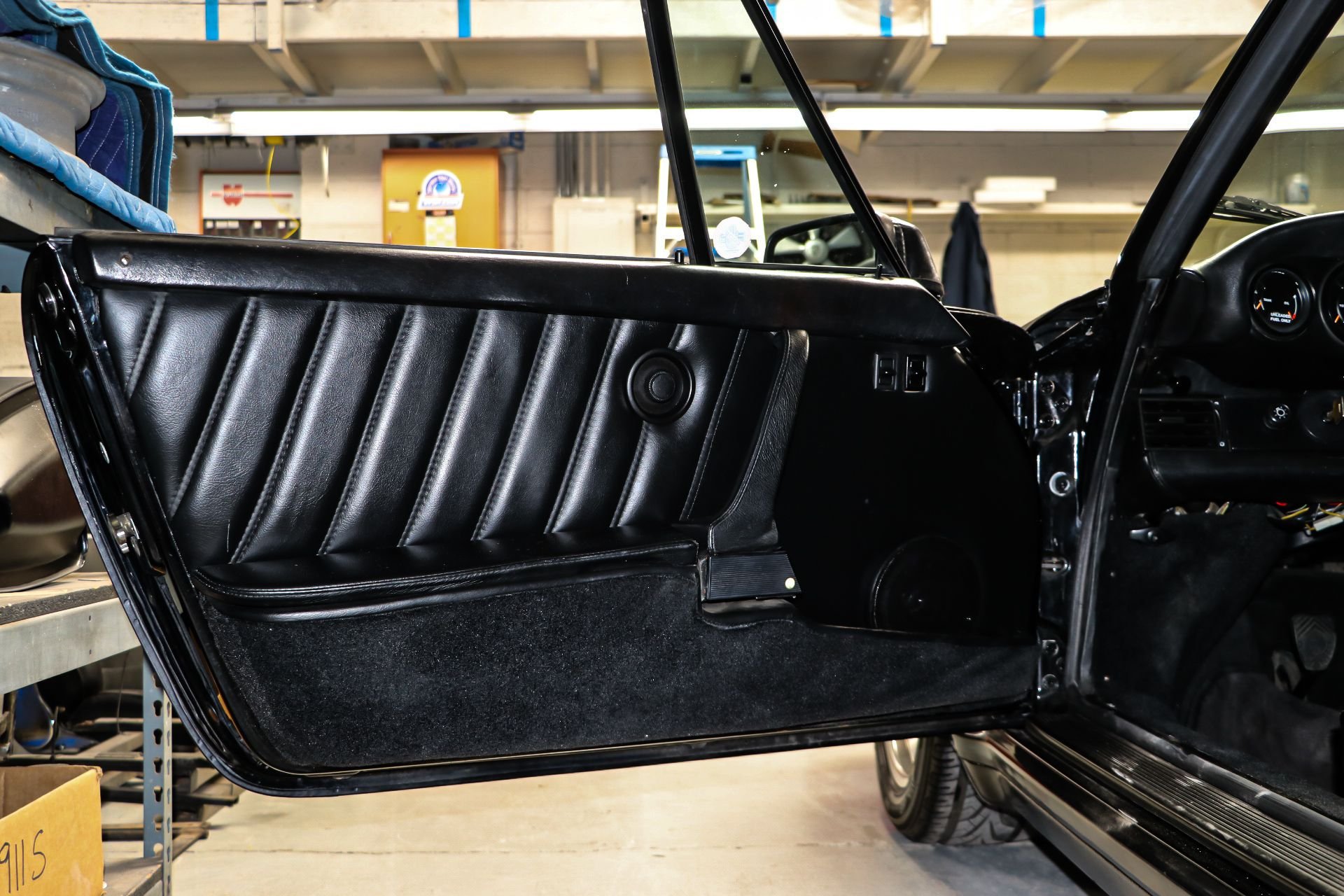 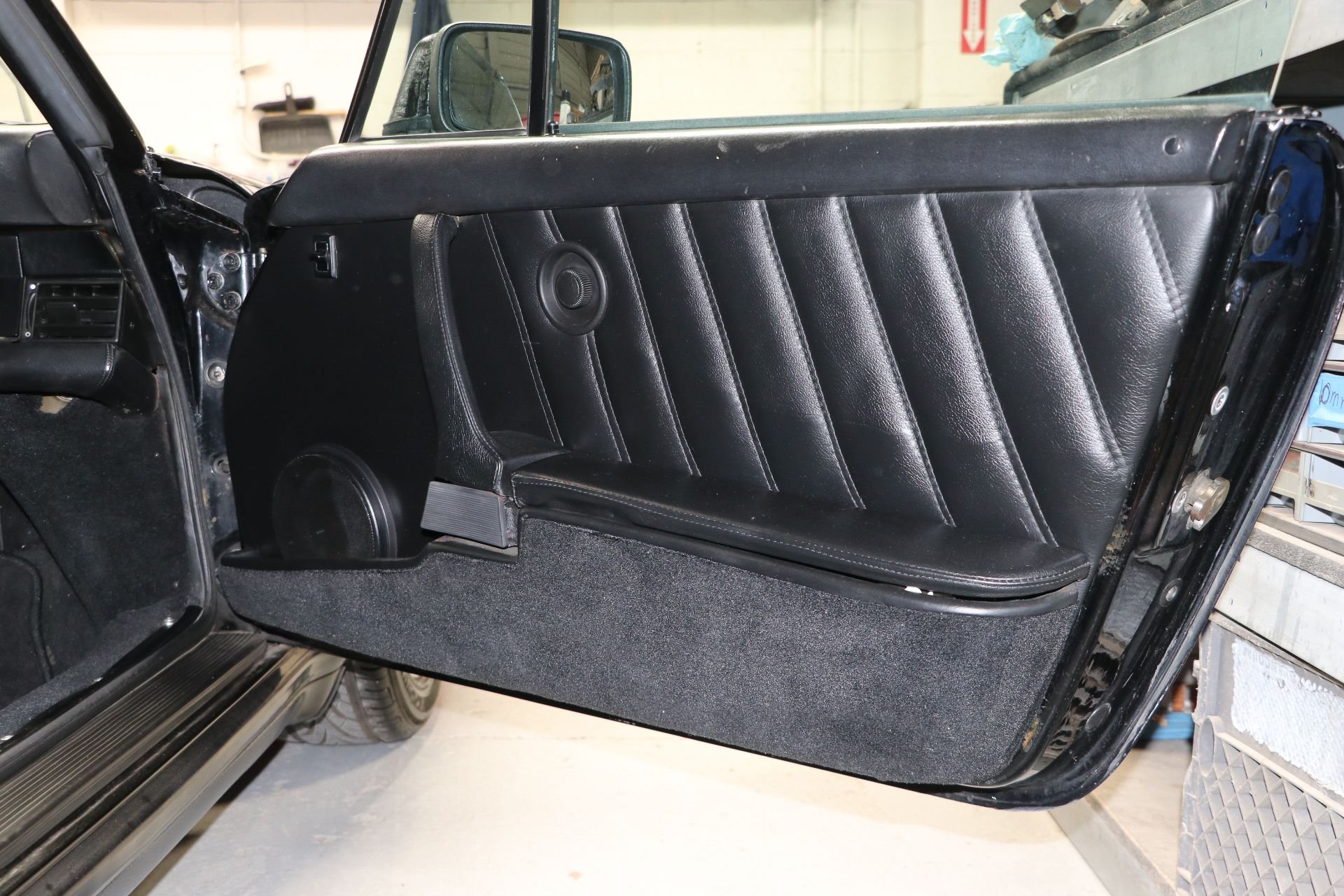 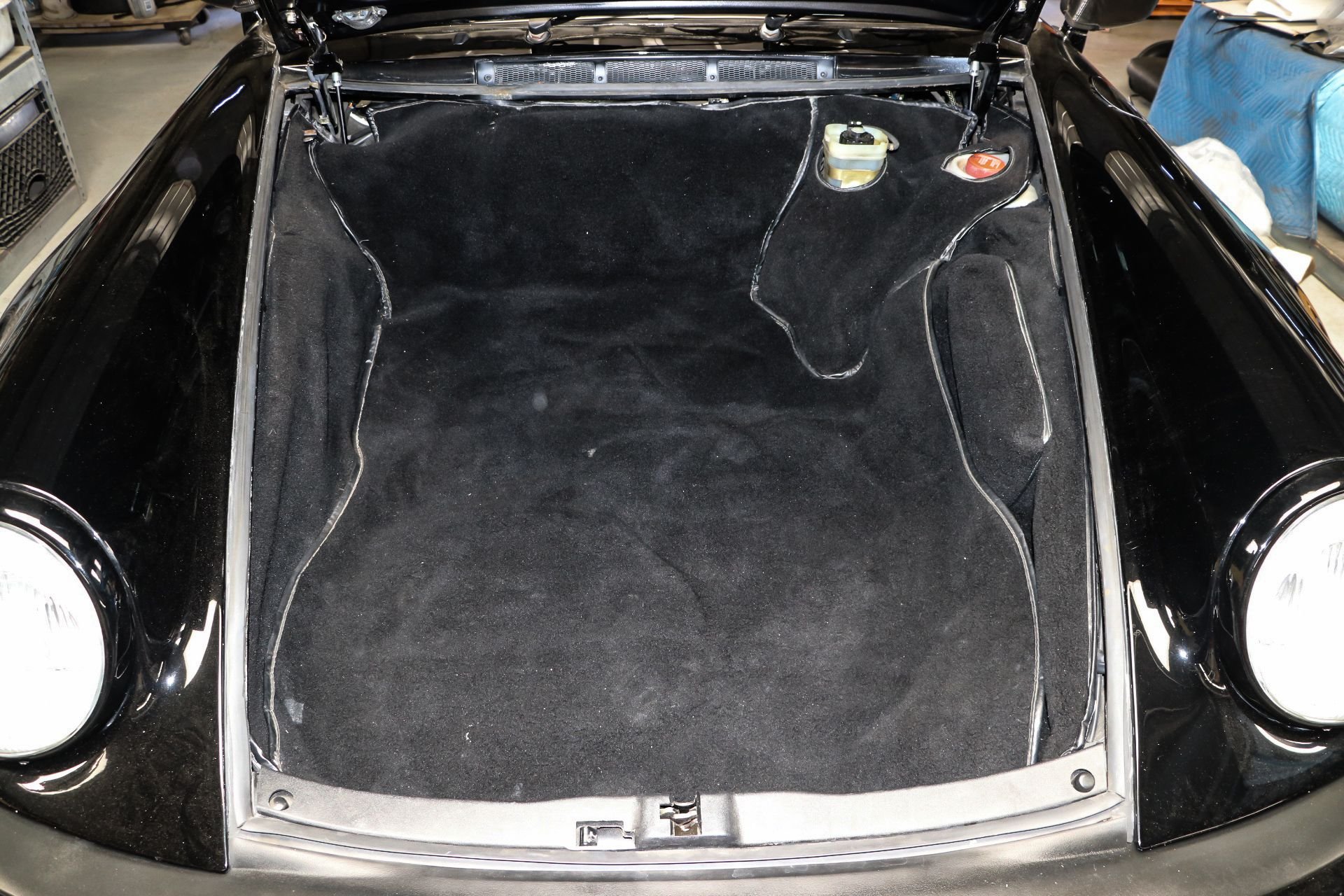 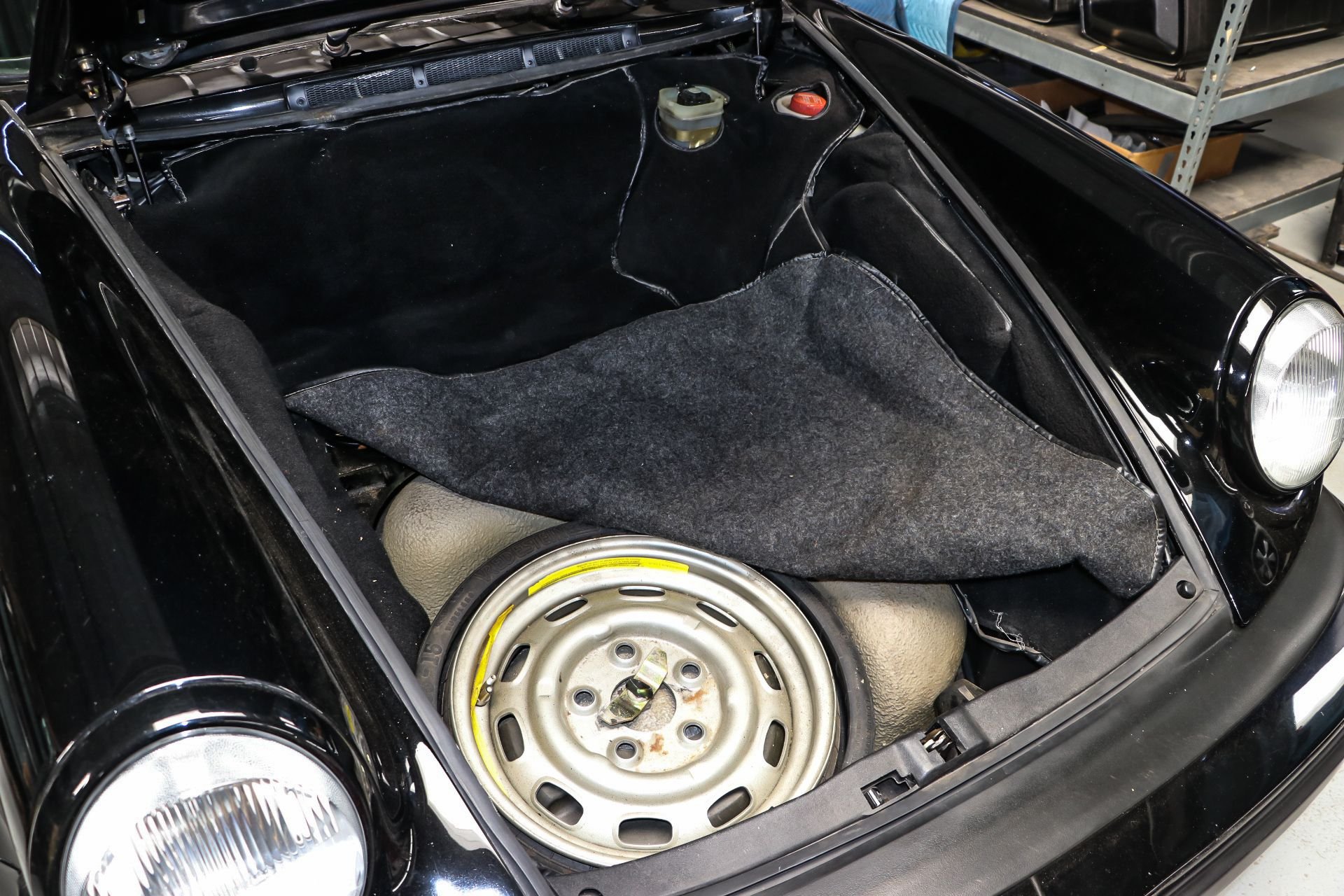 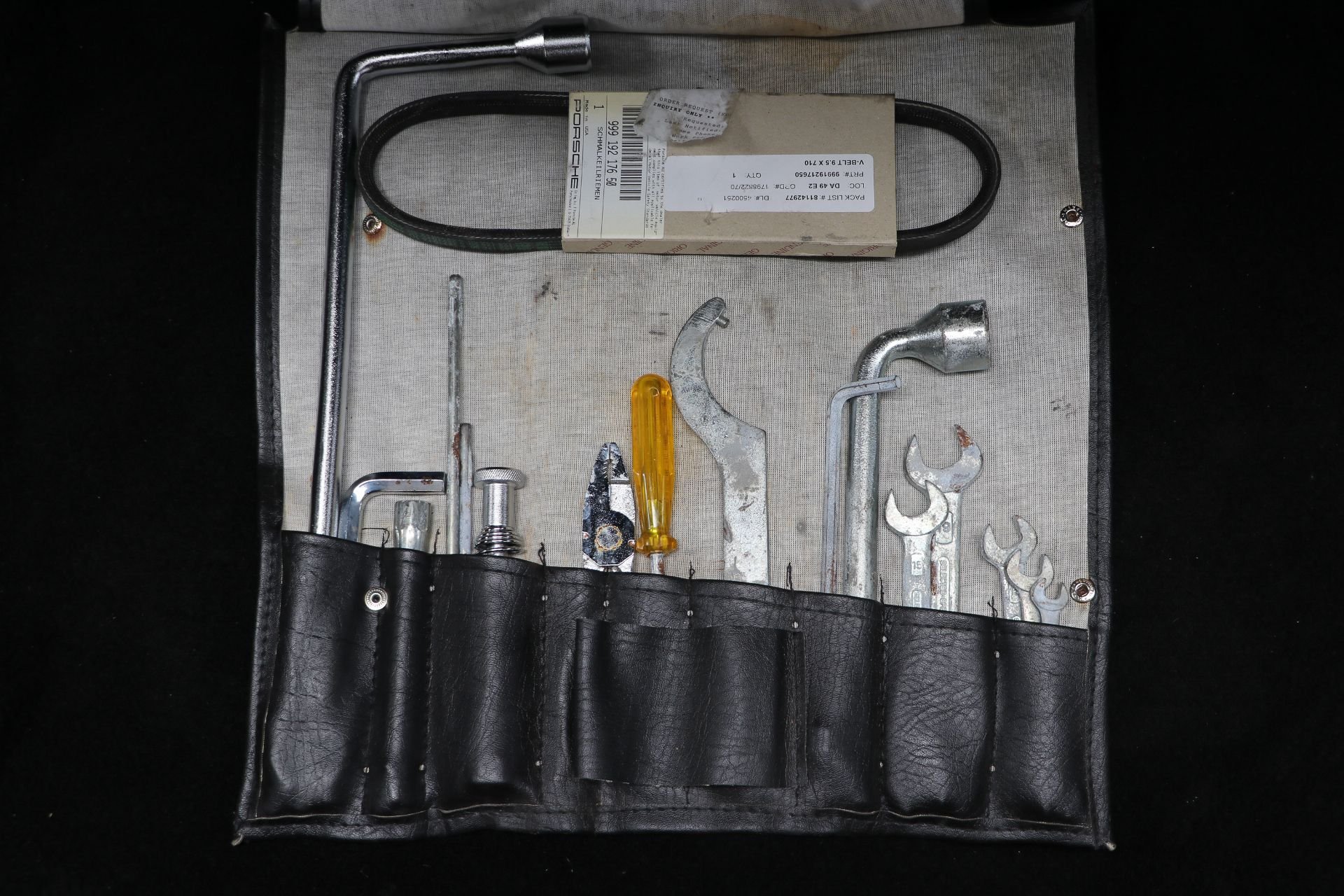 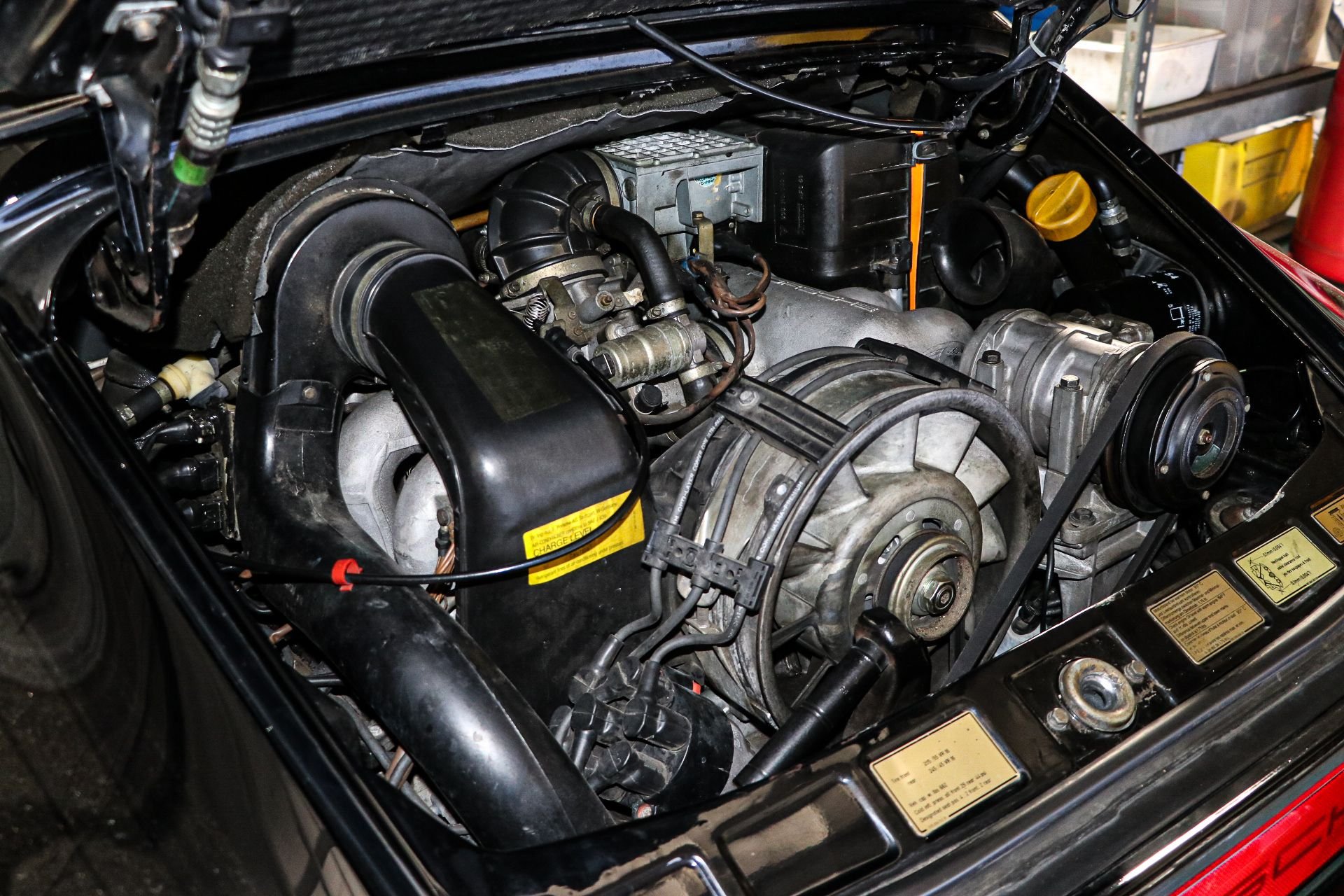 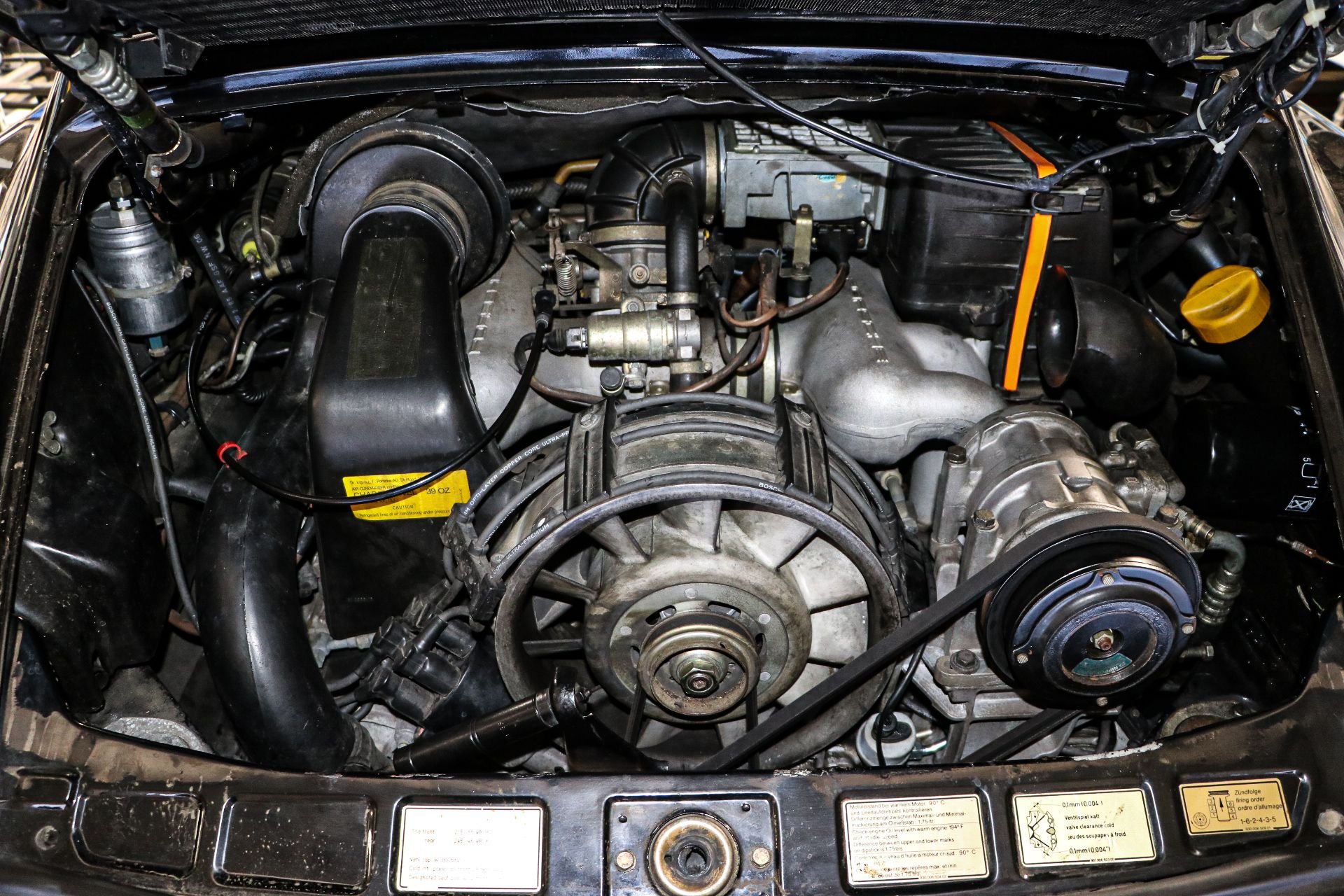 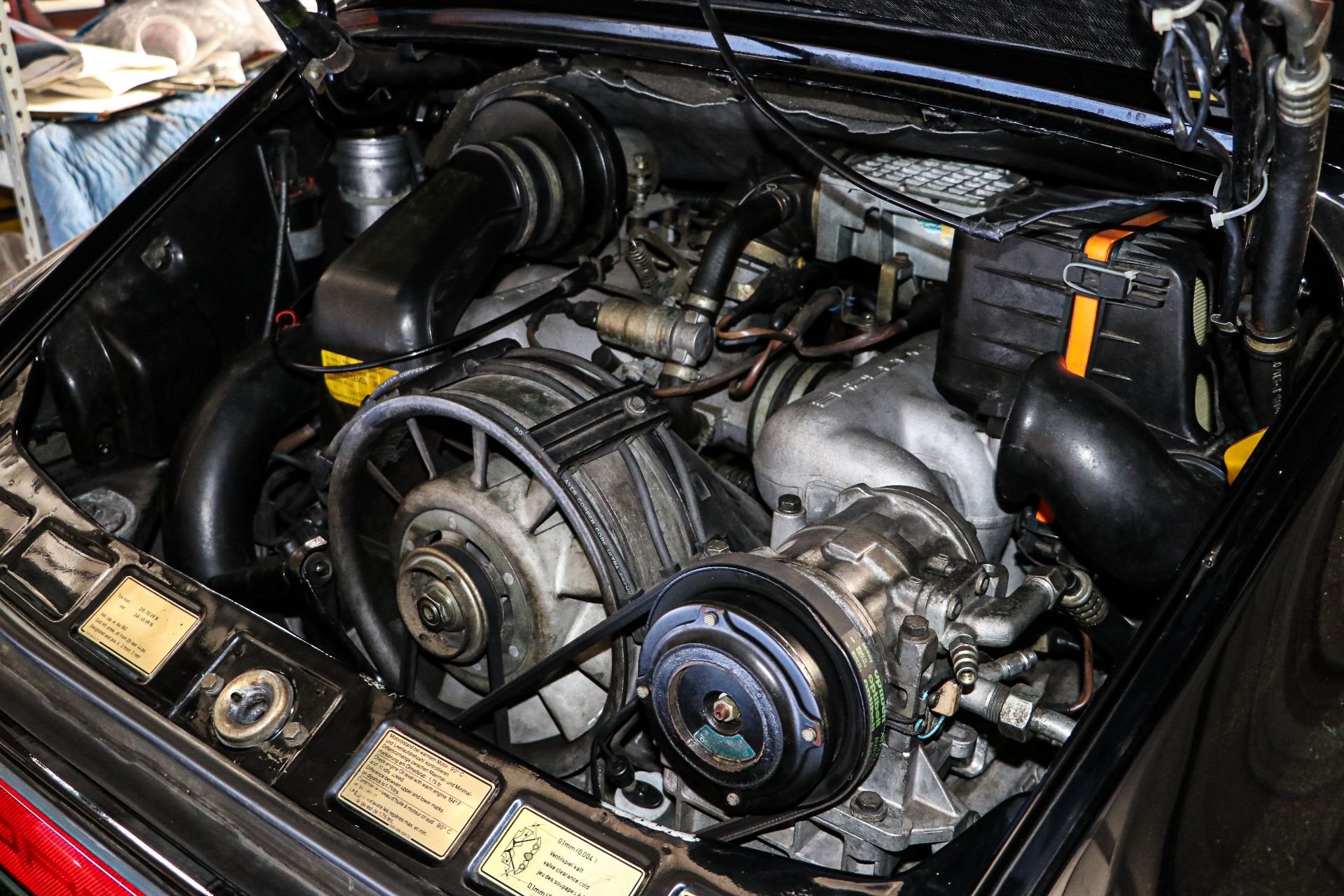 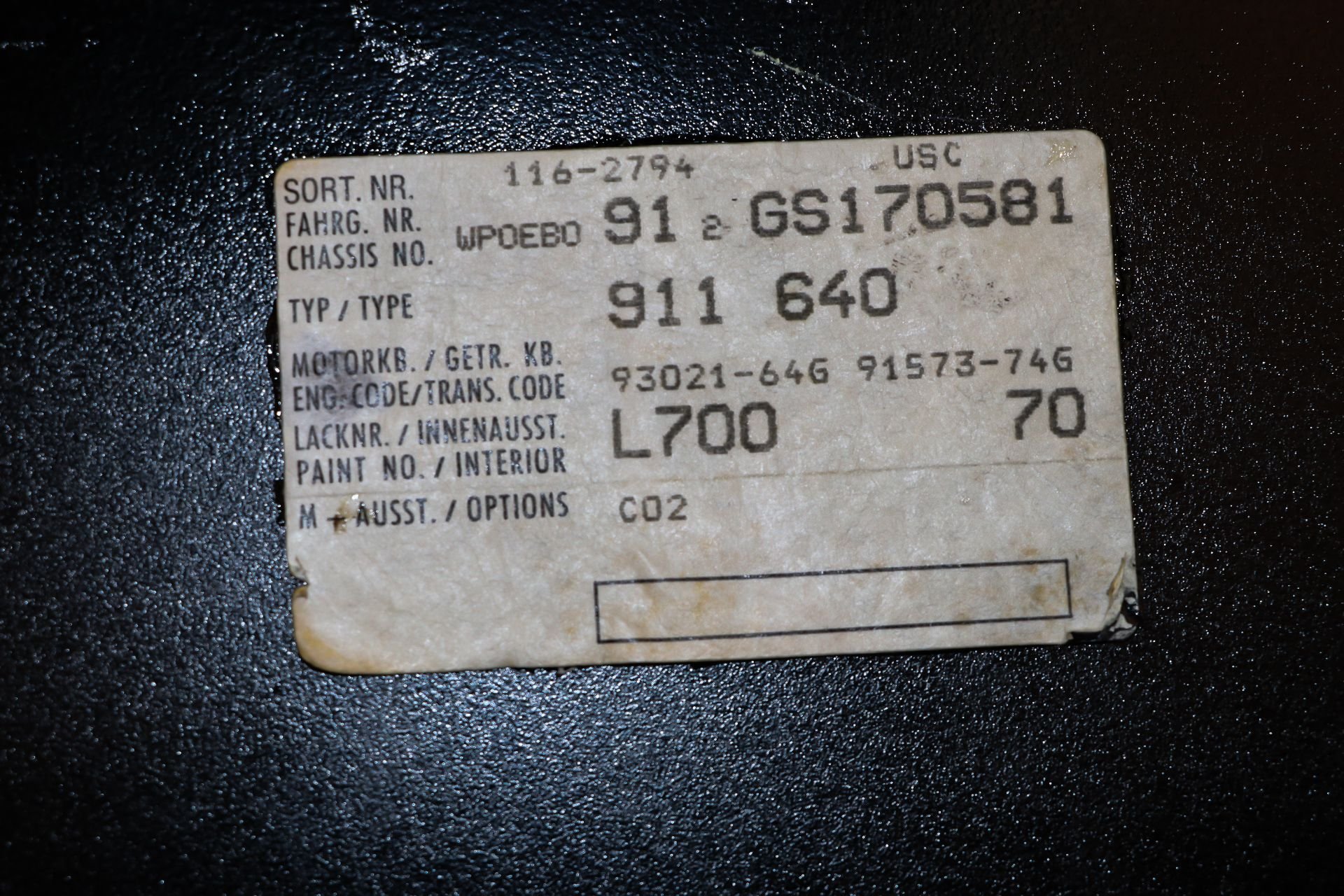 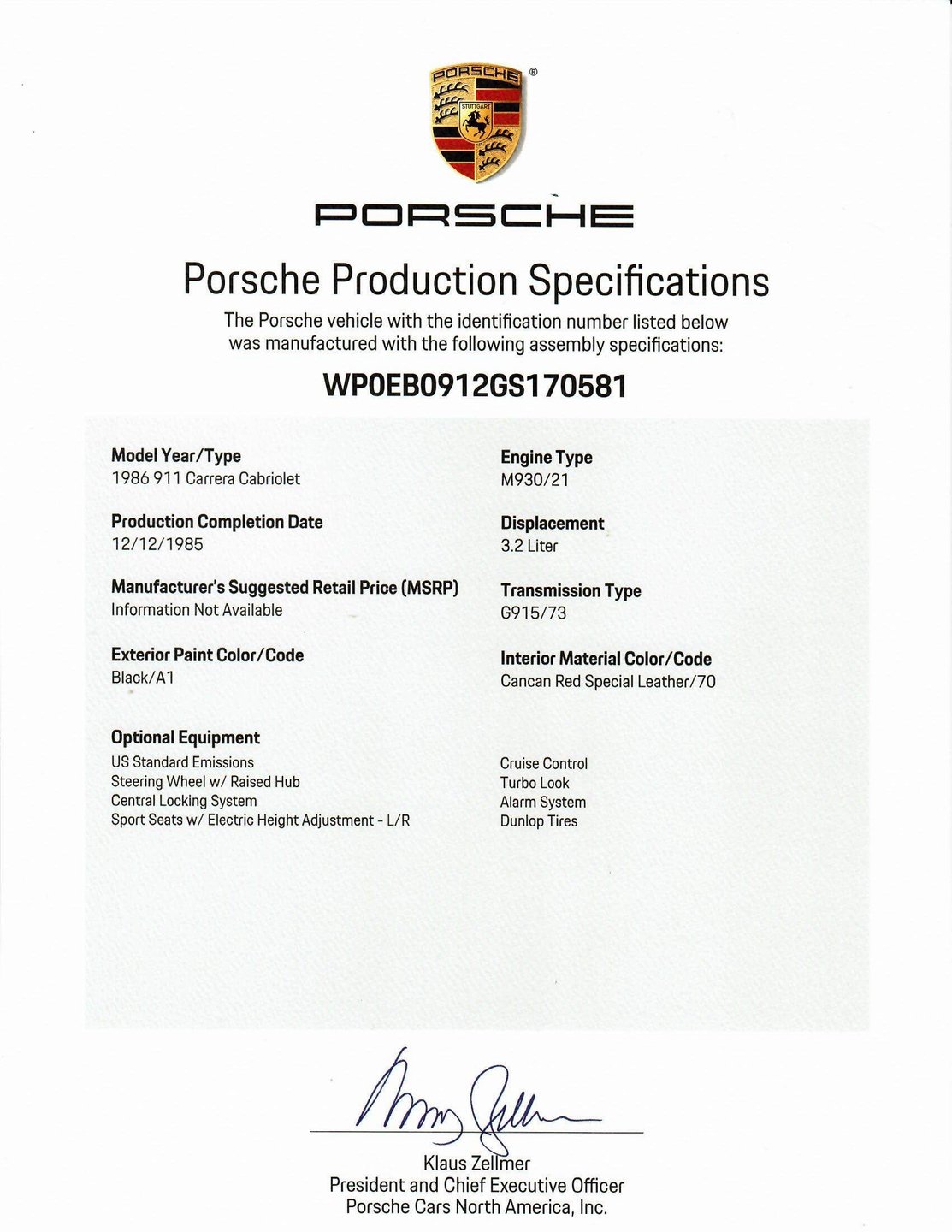 1986 Porsche
911 M491 Wide Body Cabriolet
$45,950 From $626 / month
1986 Porsche 911 Carrera Turbo Wide Body Cabriolet • VIN WP0EB0912GS170581 • Completed December 1985 • G Program- Produced from August 1985 – July 1986 • One owner for the past 14 years Finished in Schwarz (Black 700 color code) with Black top and Black upholstery. Very straight example with good gaps and panel fit. The paint is in nice condition with a clean interior. Options include Sport Seats, Automatic Speed Control and Manual Soft Top. Fuch alloy rims with Yokohama 205 55 ZR16 on the front and 245 50 ZR16 on the rear. Mechanically in good condition with a recent service. The 3.2L flat-six engine is producing 207HP and has a smooth shifting 915 manual 5-speed transmission and four-wheel disc brakes. Rare opportunity to acquire a Turbo Body Cabriolet with the reliable 3.2-liter Carrera engine. History When all was said and done the model 911 3.2 Carrera did not disappoint. It not only lived up to the standards set by the model 911SC that it replaced, it exceeded all expectations. Now a much sought-after classic car for Porsche enthusiasts, the model 911 3.2 Carrera was the last version of the original 911 series. The model 911's produced after 1989 all came with completely new exterior styling as well as new brake, suspension, and electronic technology. You could say the 3.2 Carrera was a grand finale of sorts, but it was certainly not the end of the road for the 911.