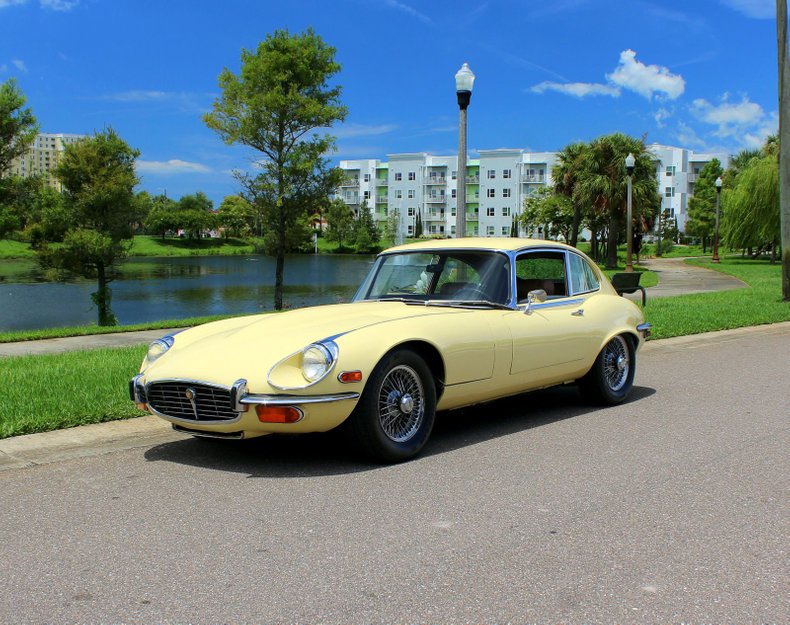 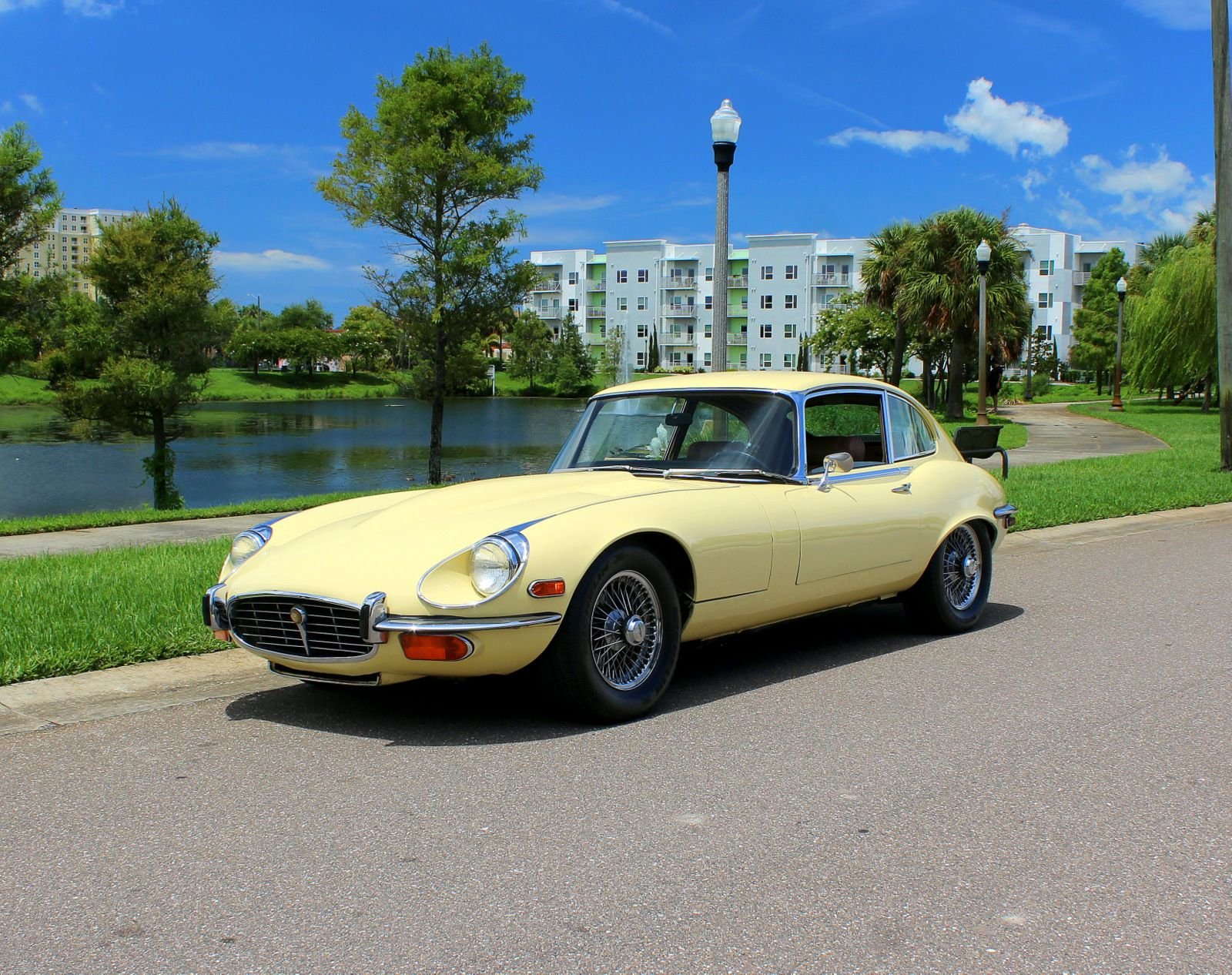 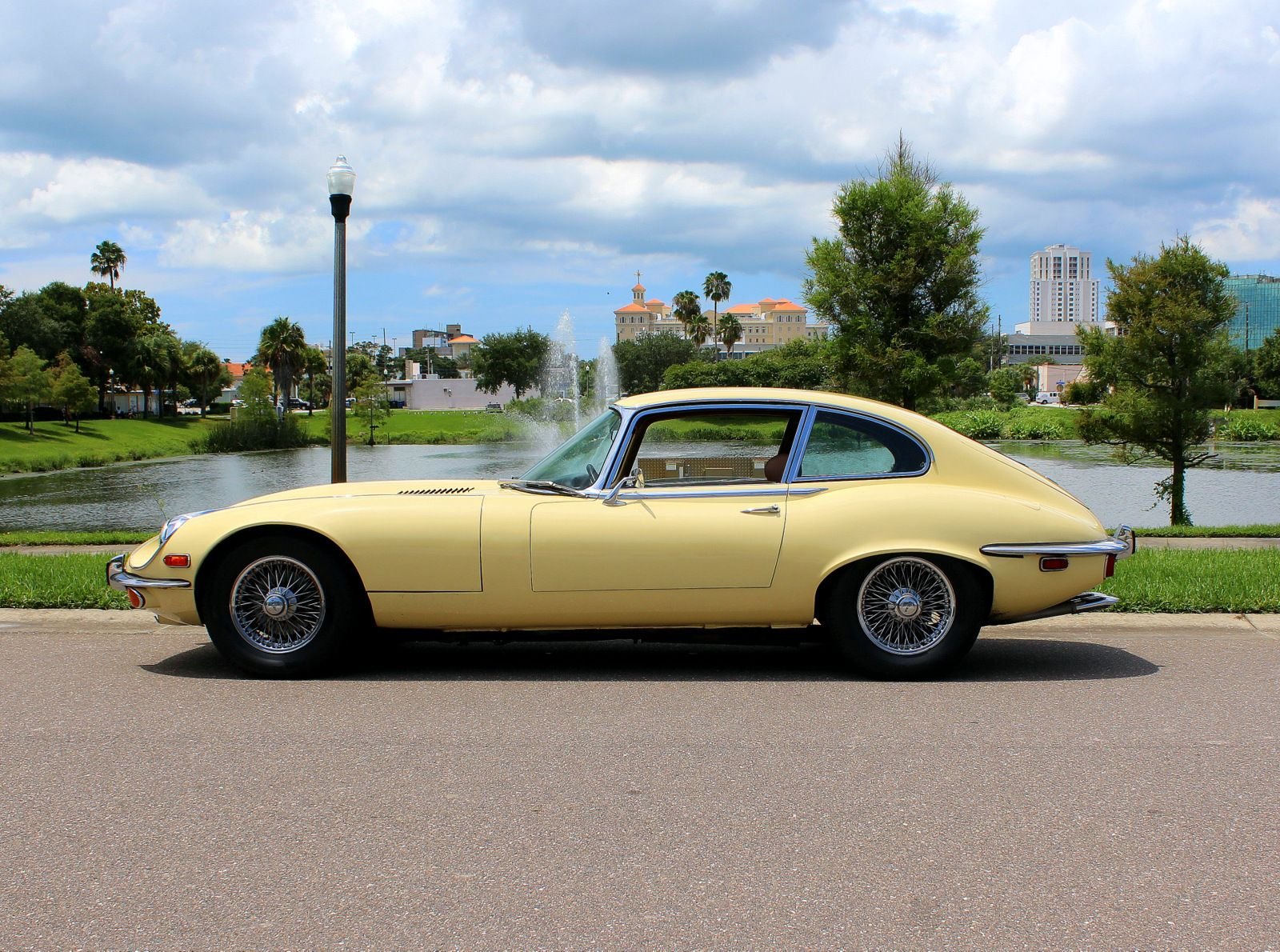 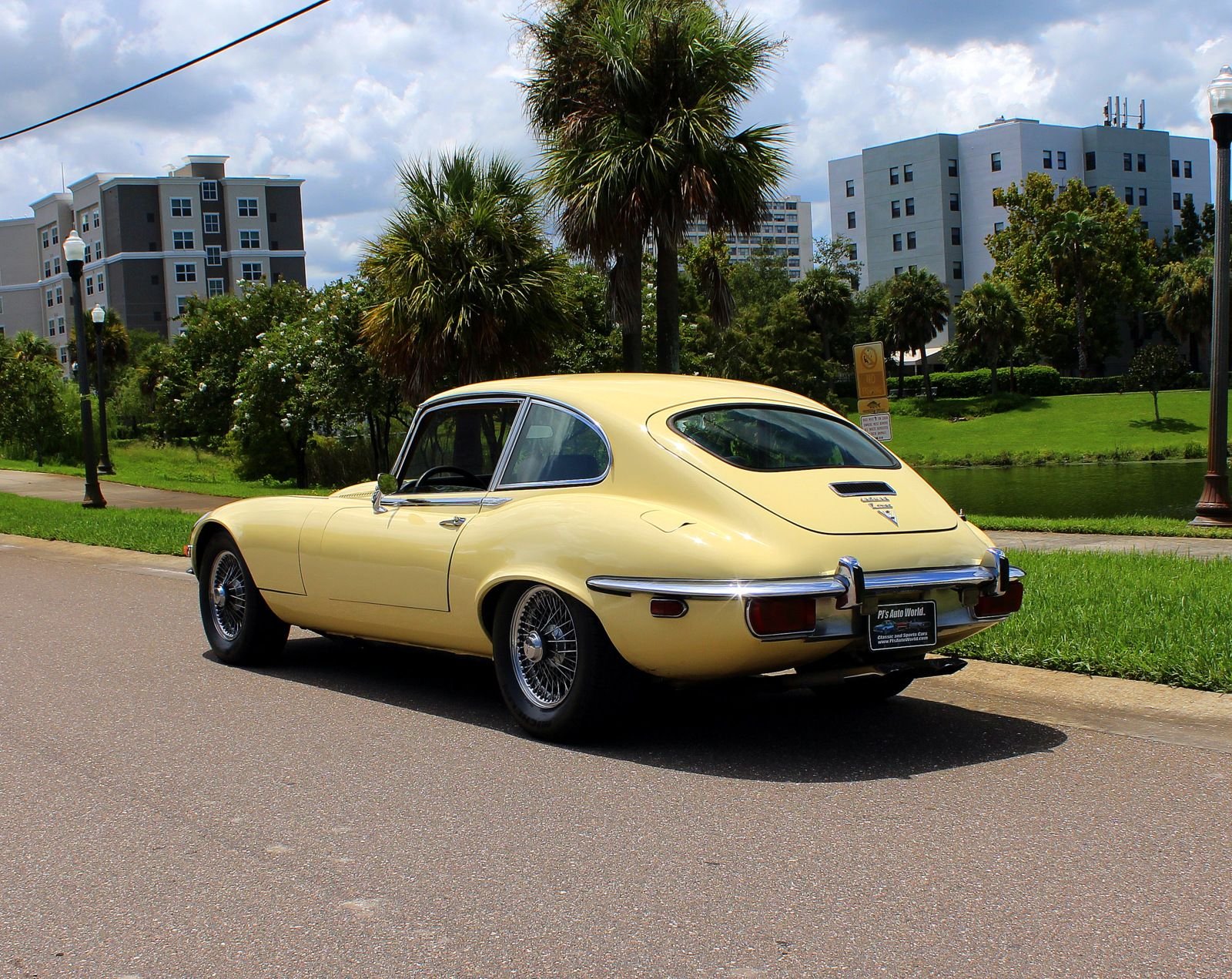 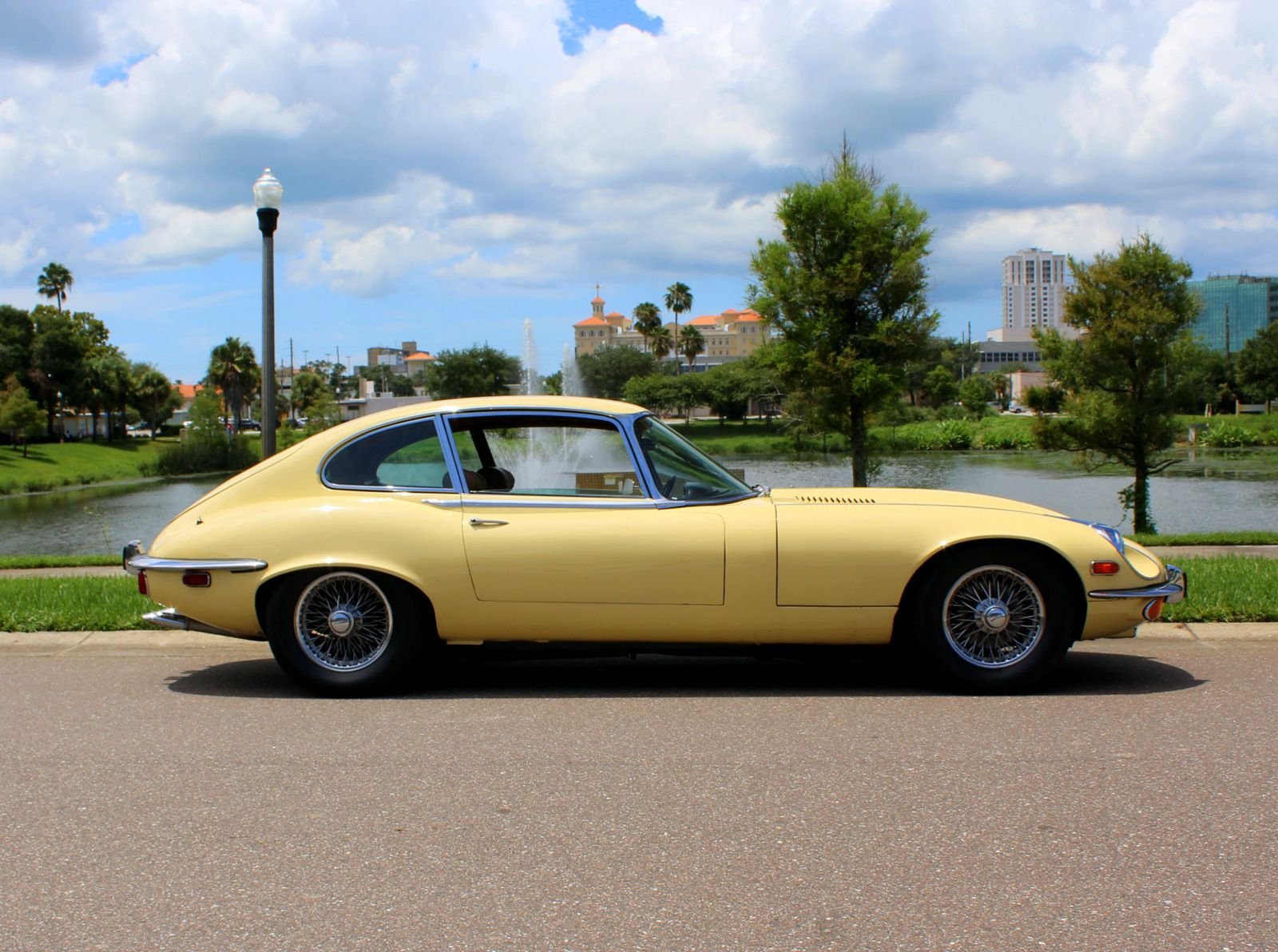 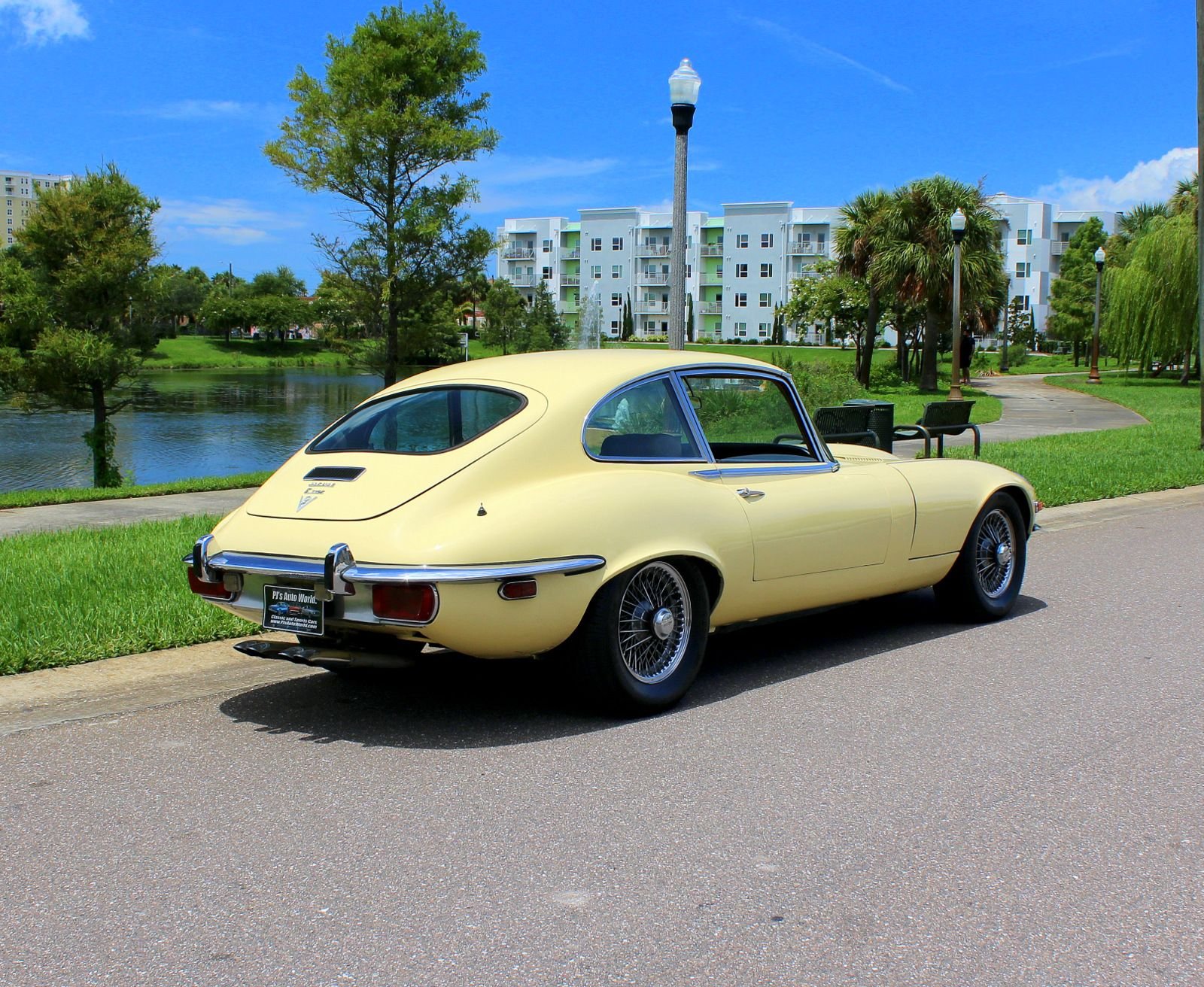 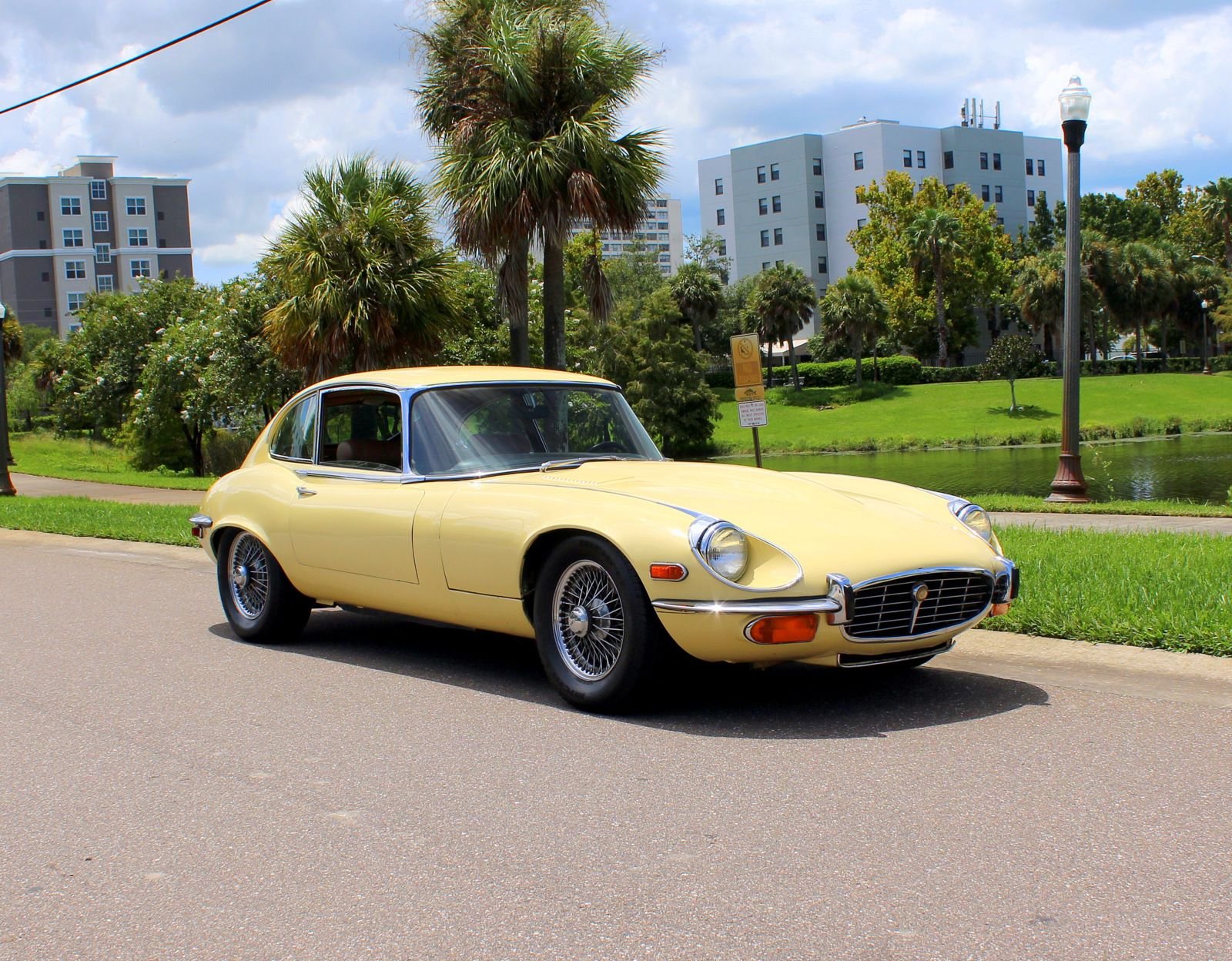 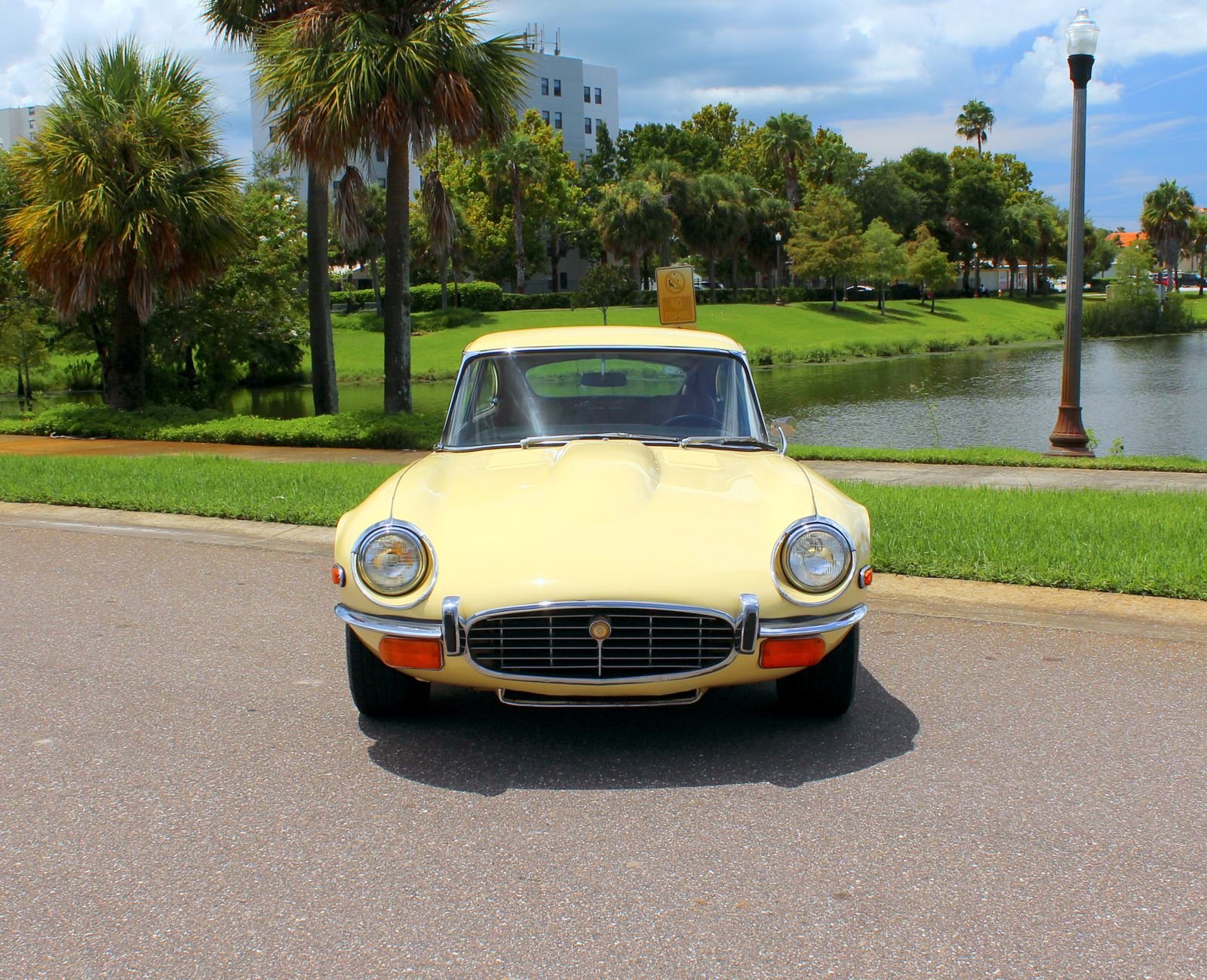 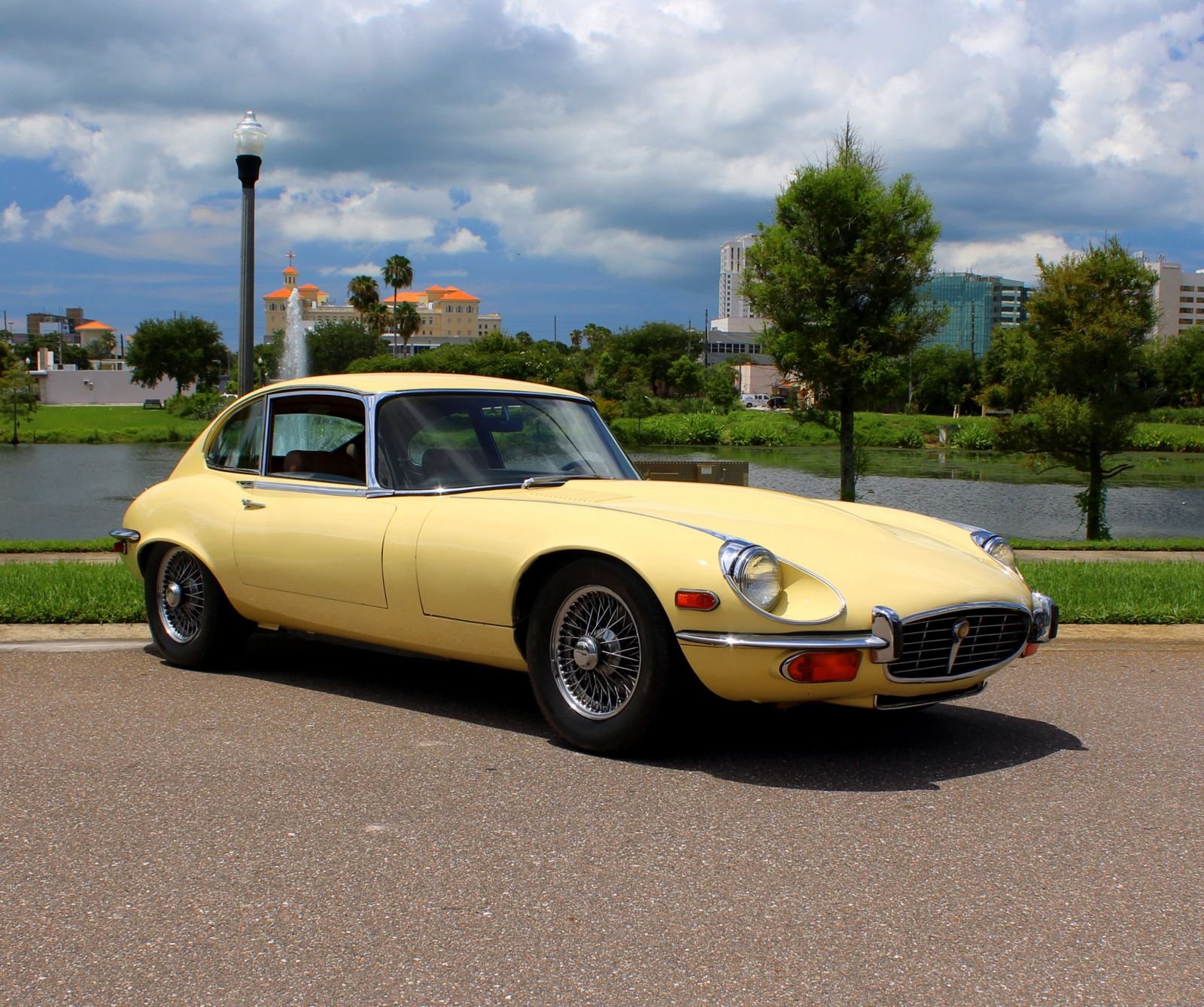 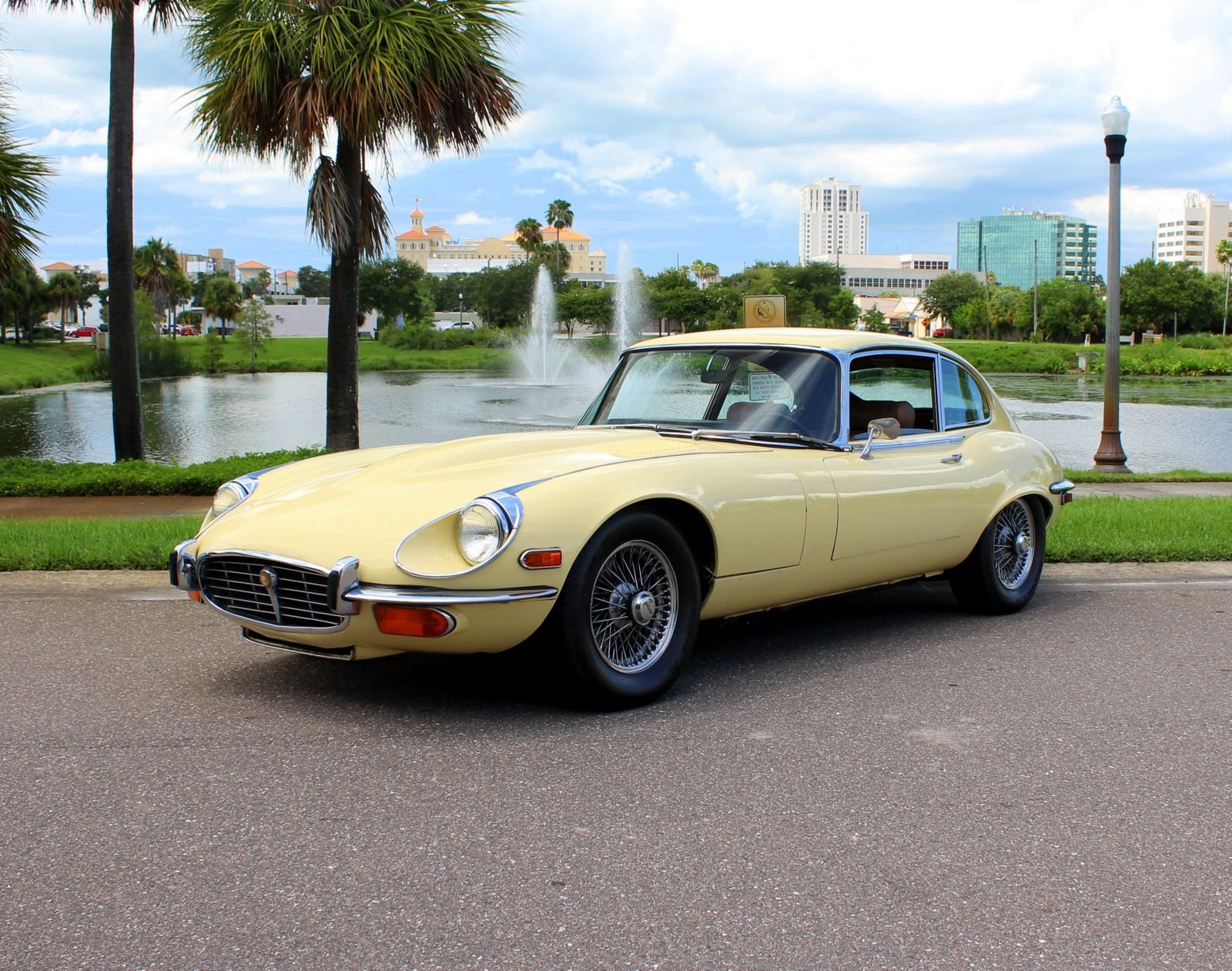 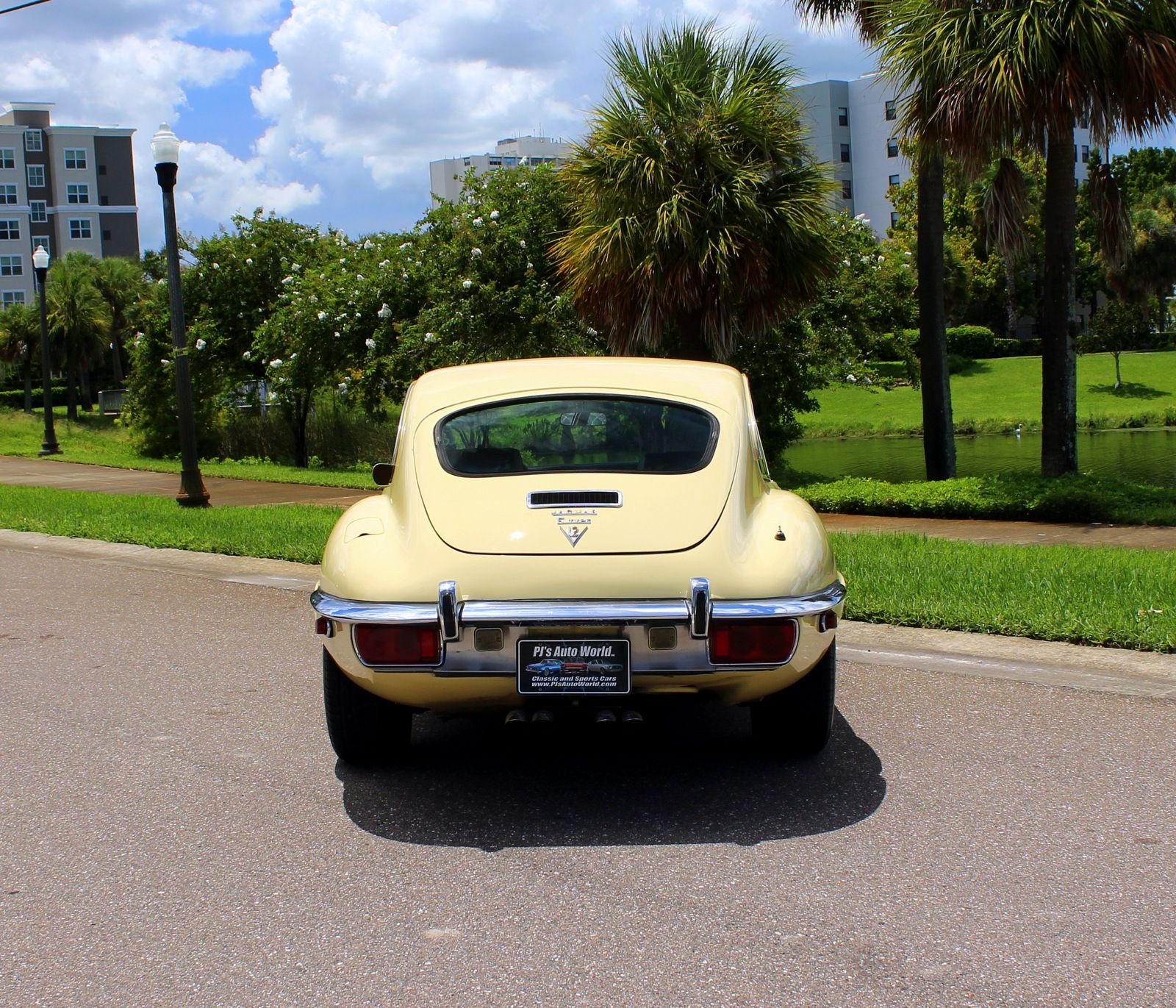 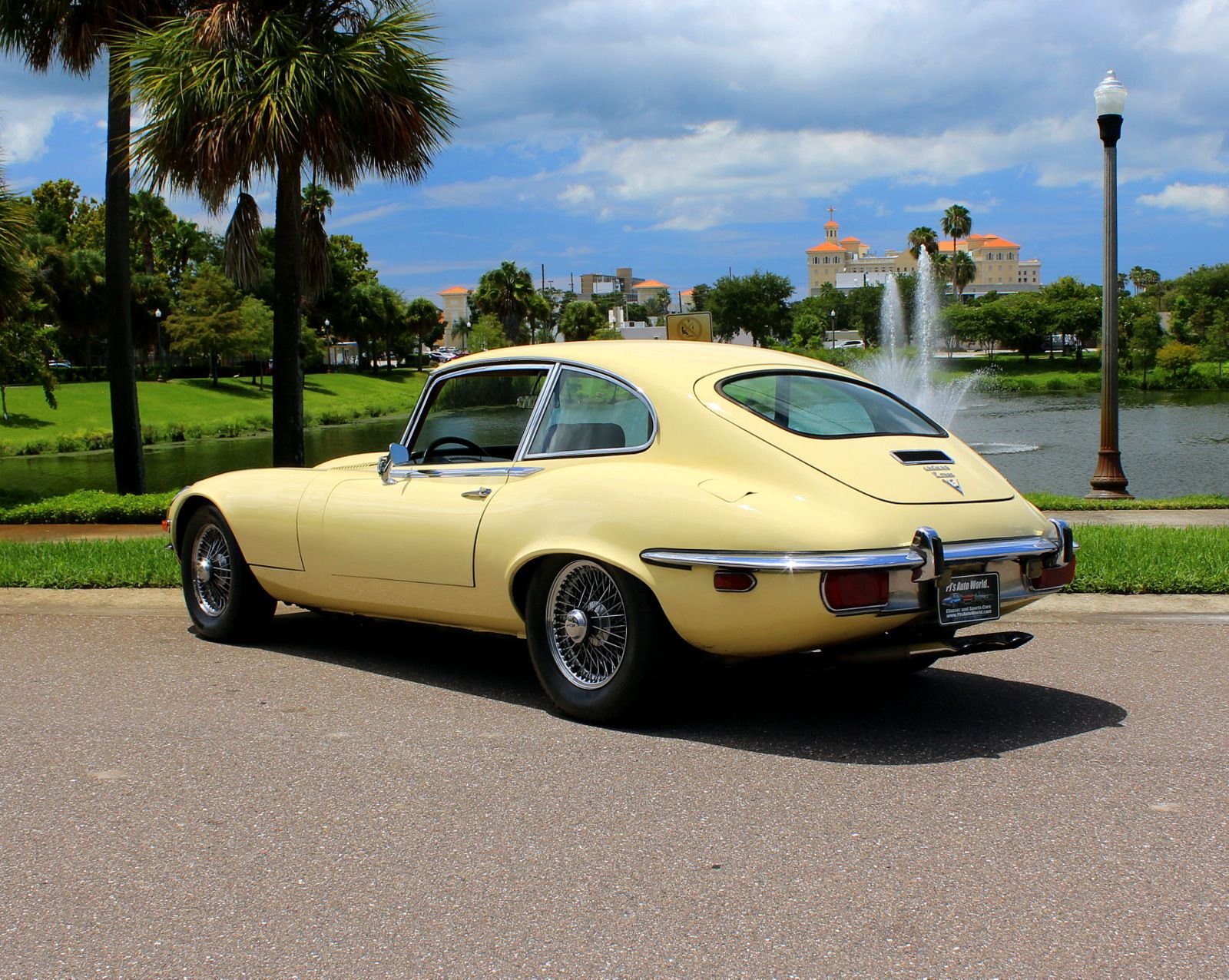 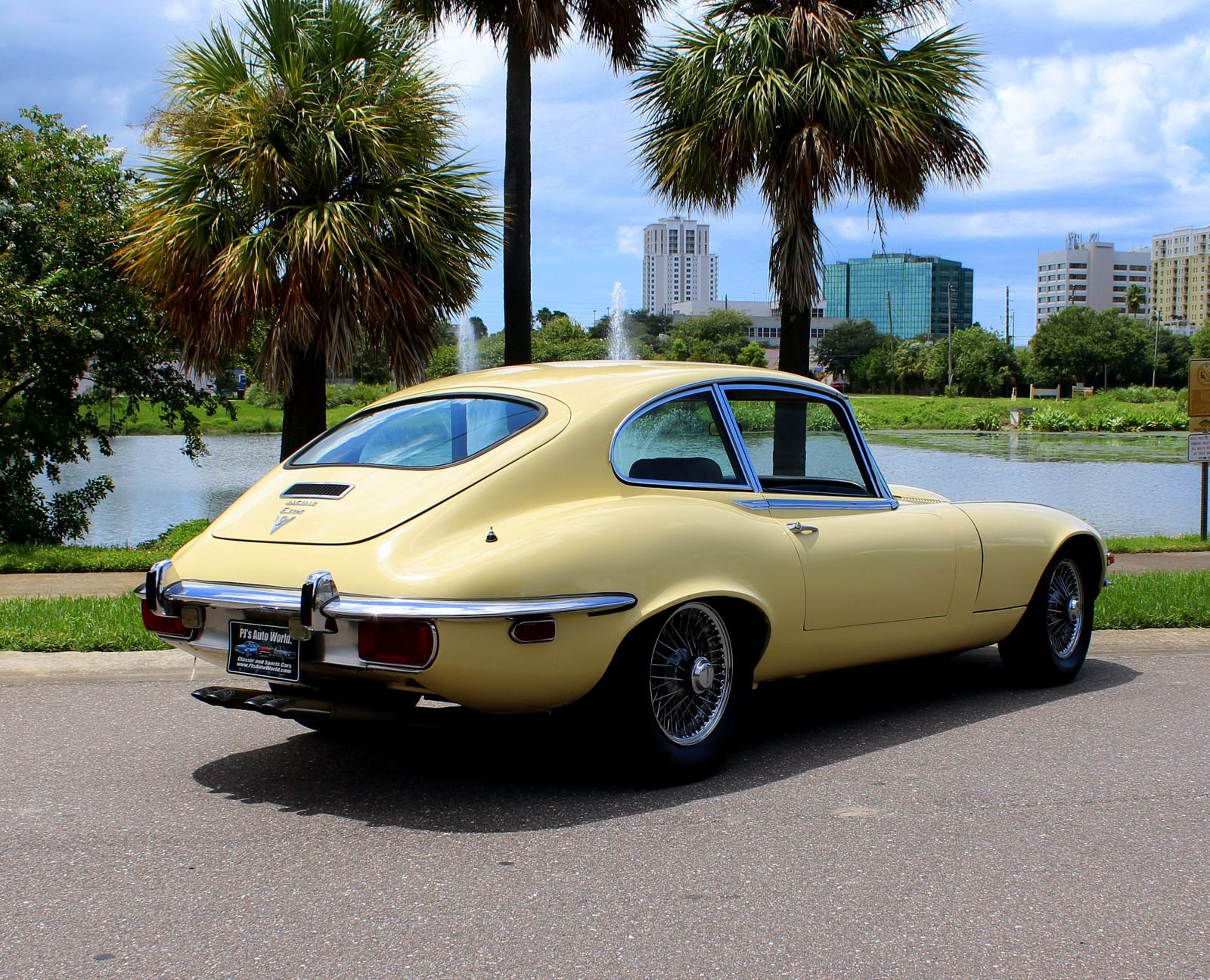 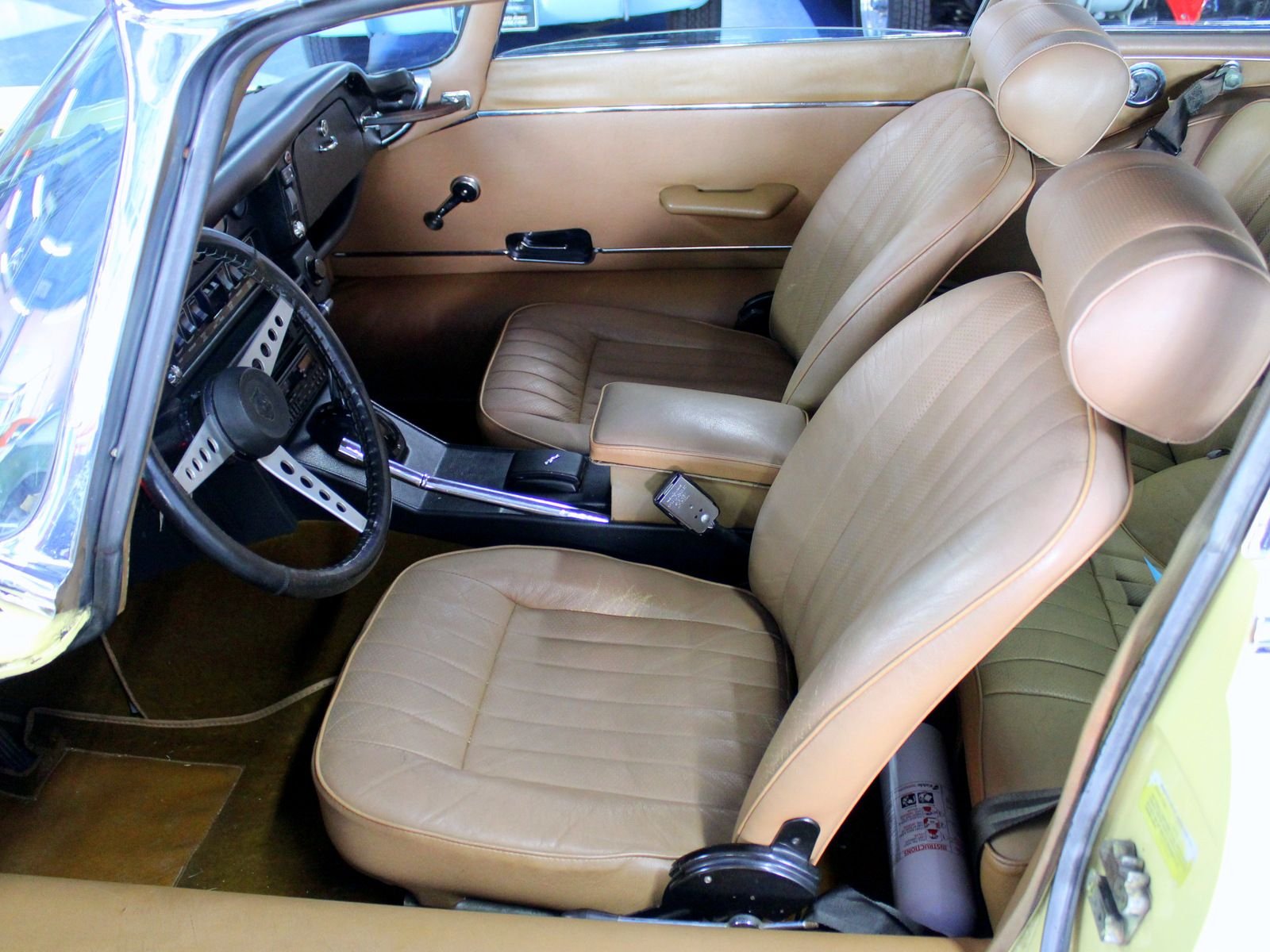 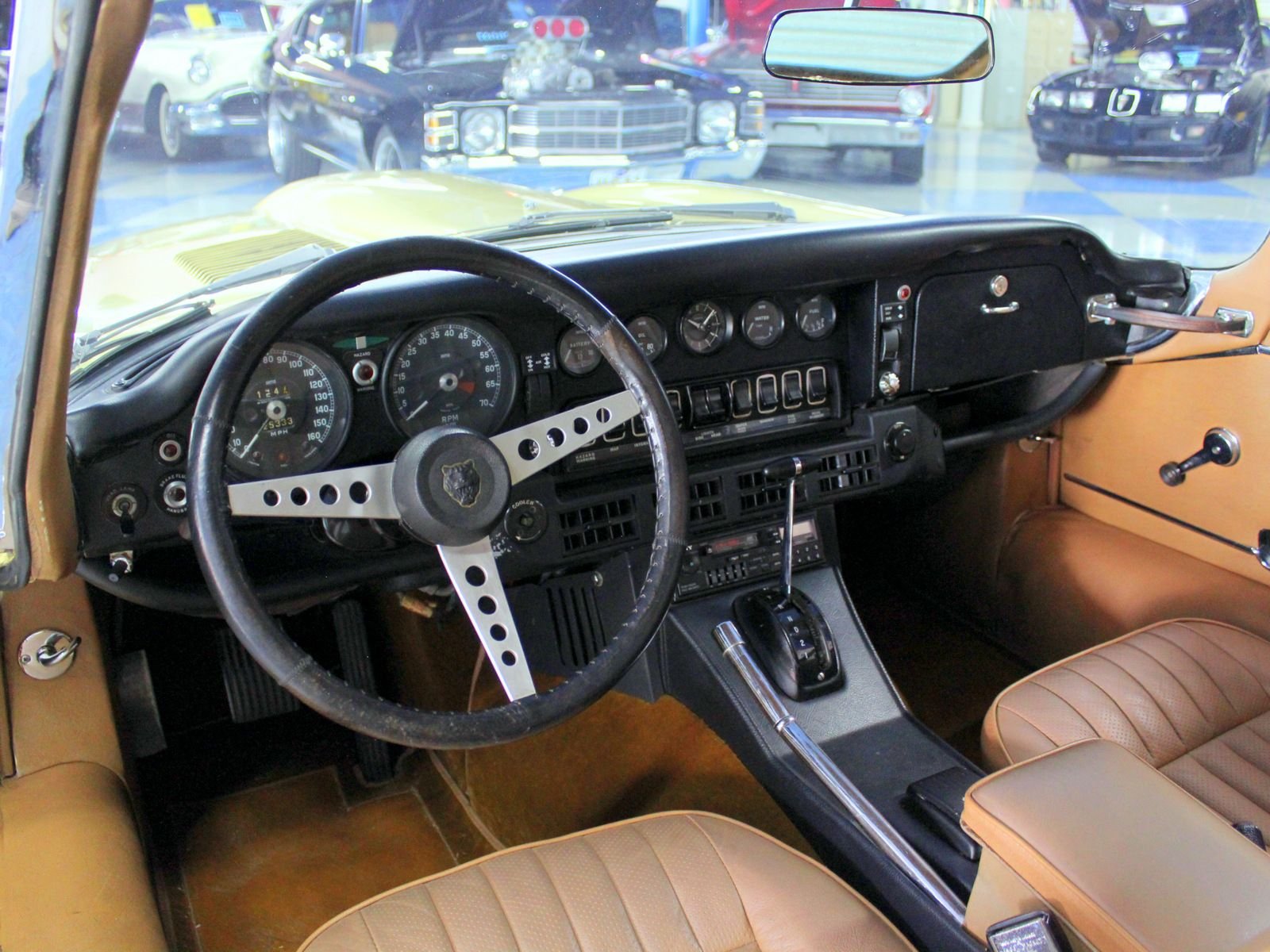 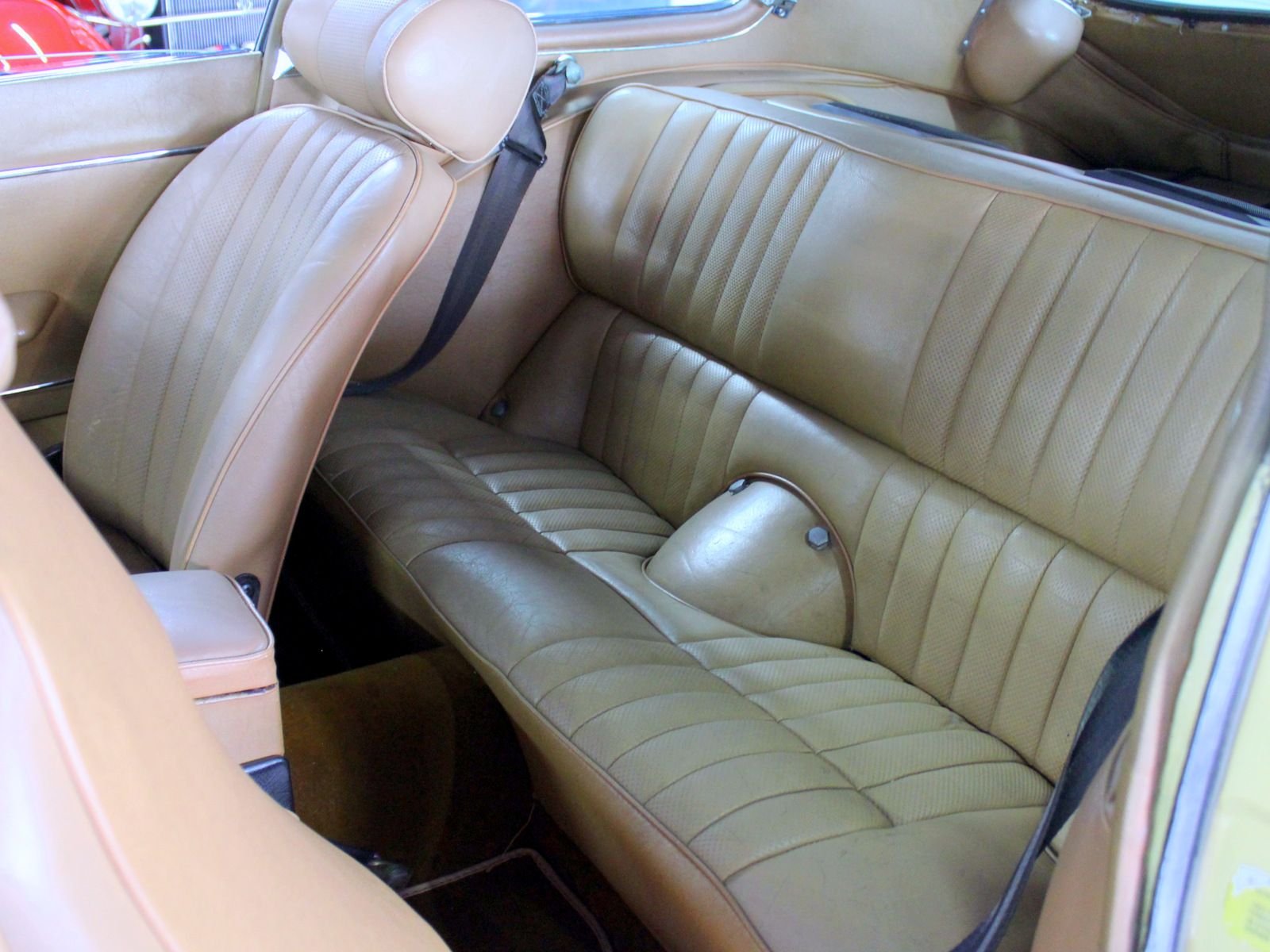 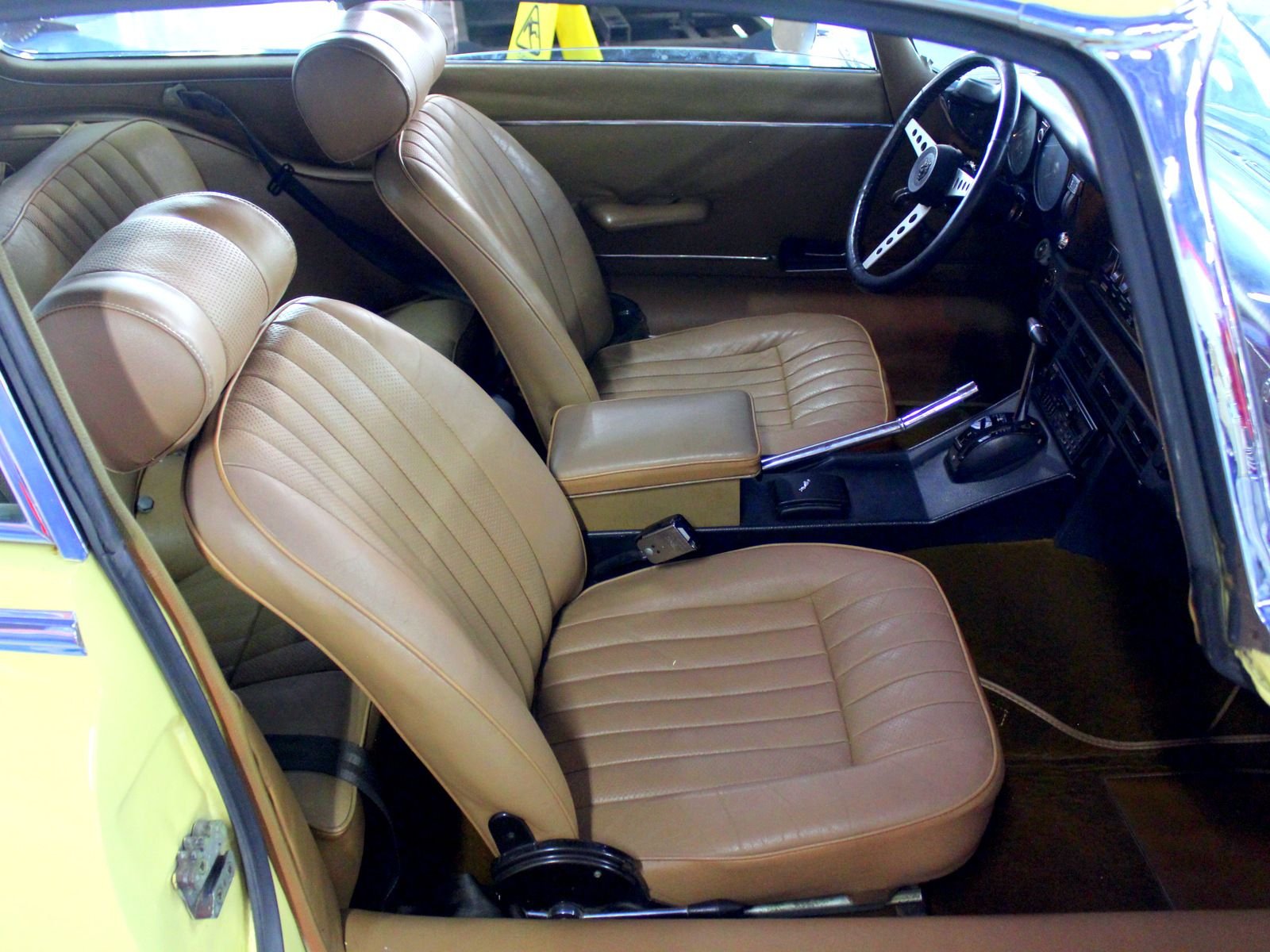 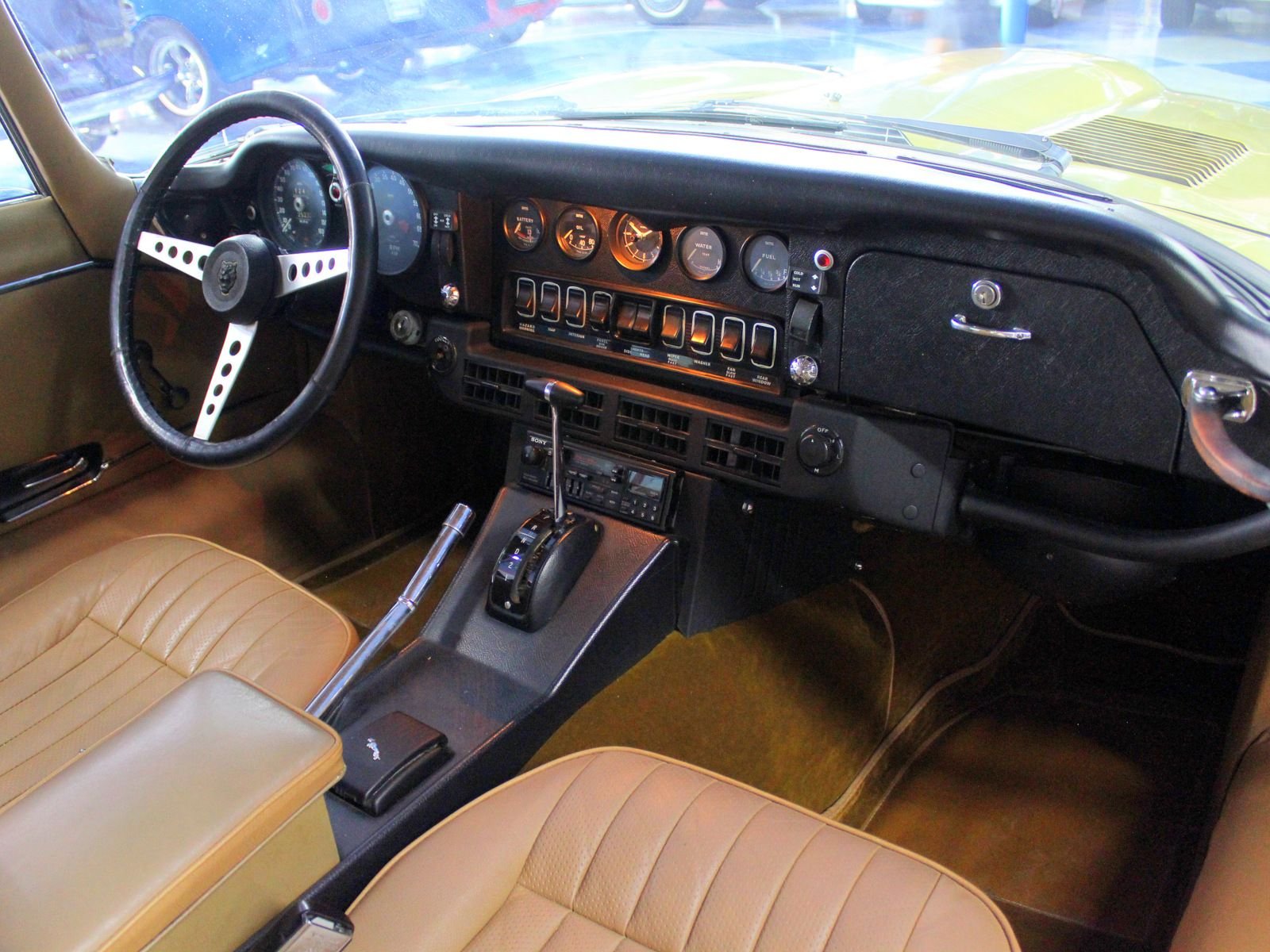 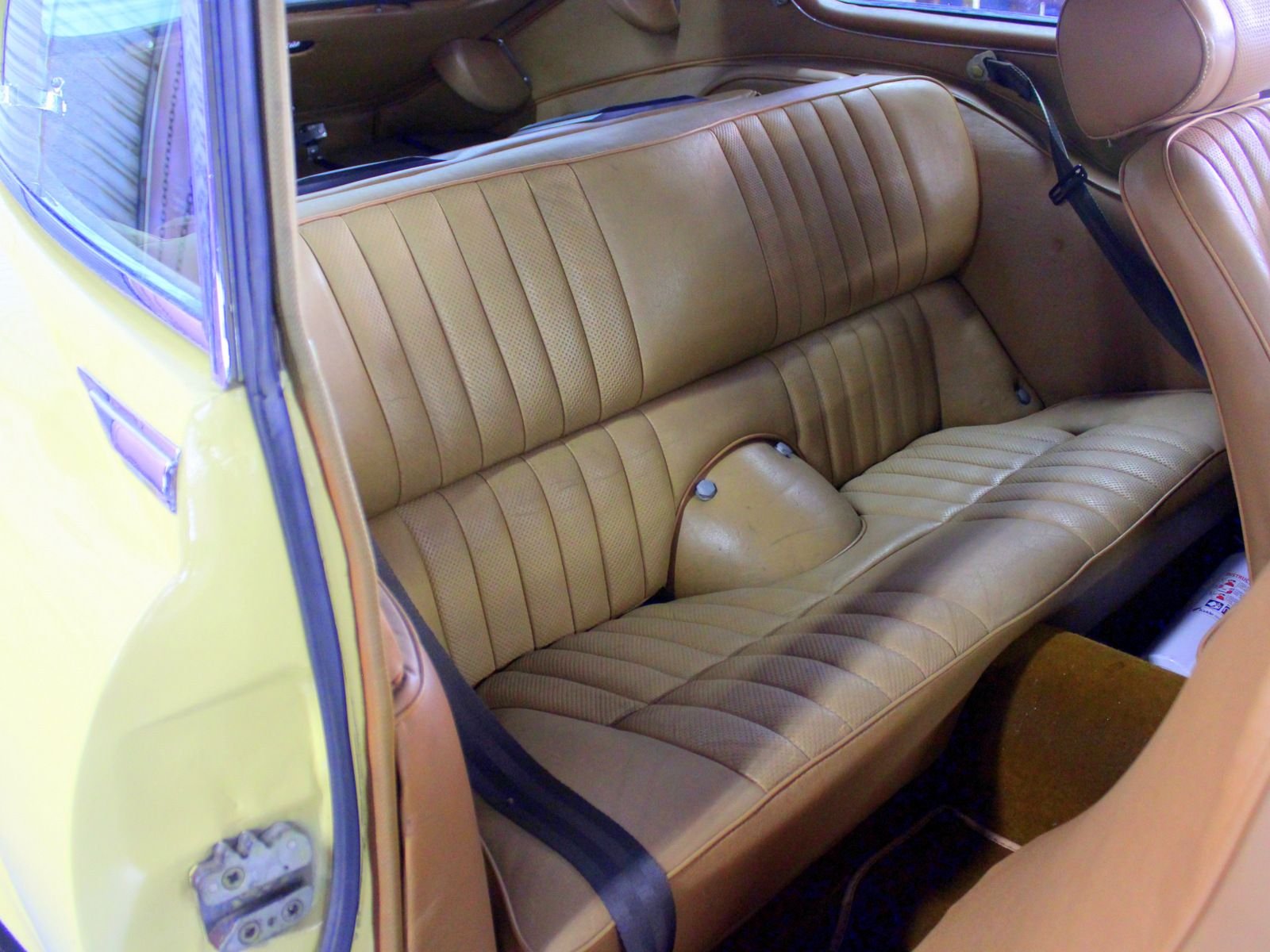 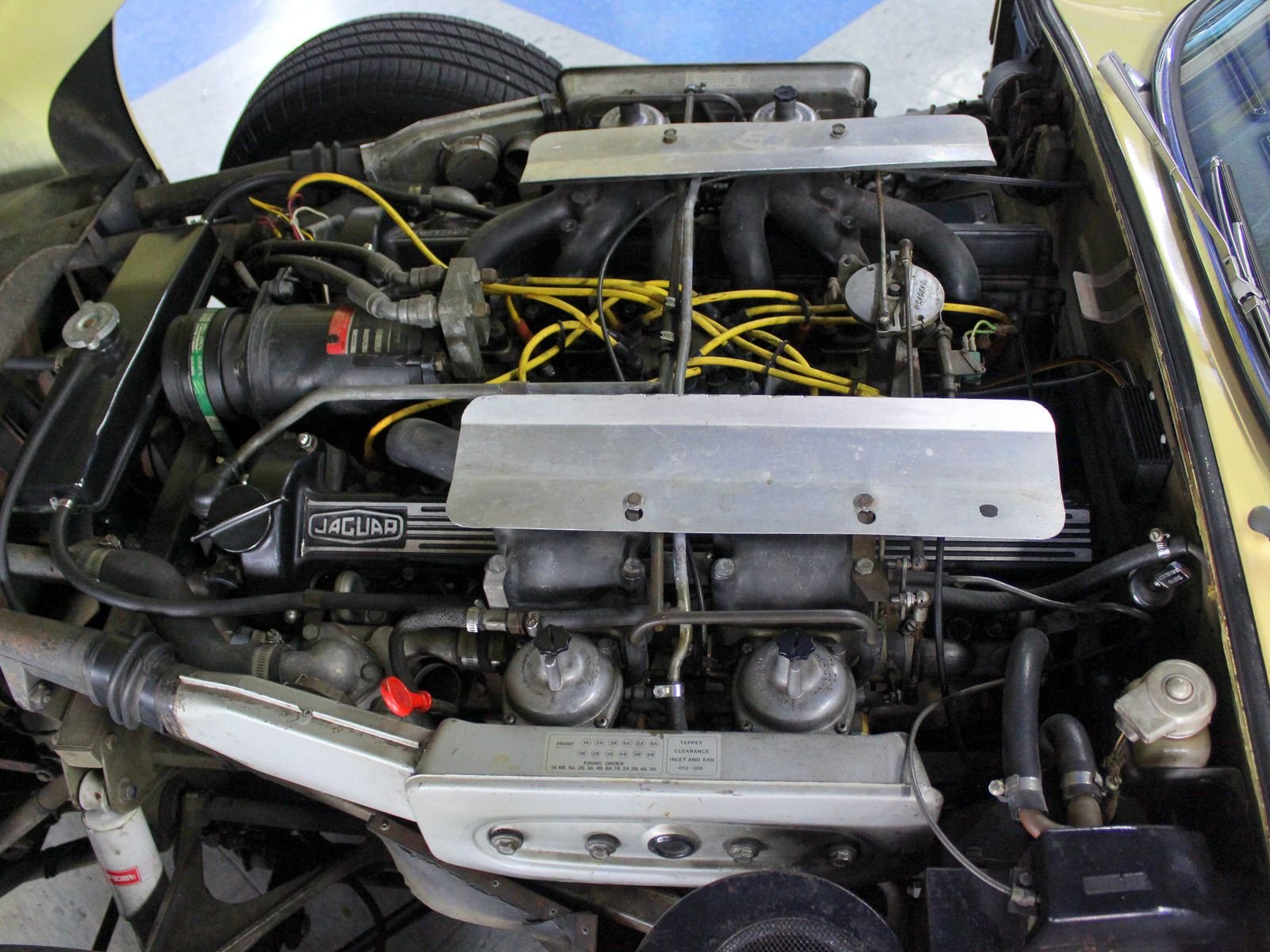 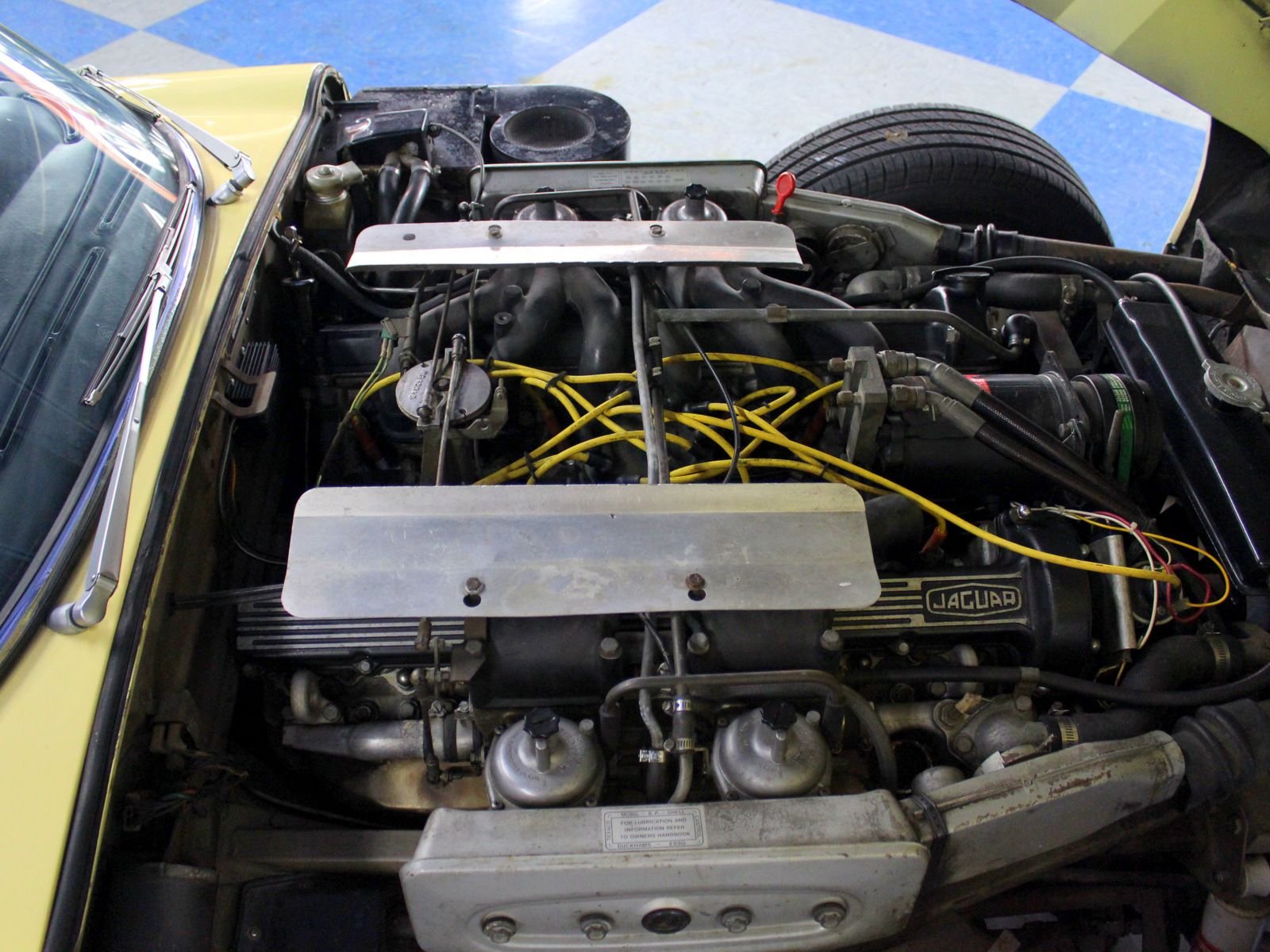 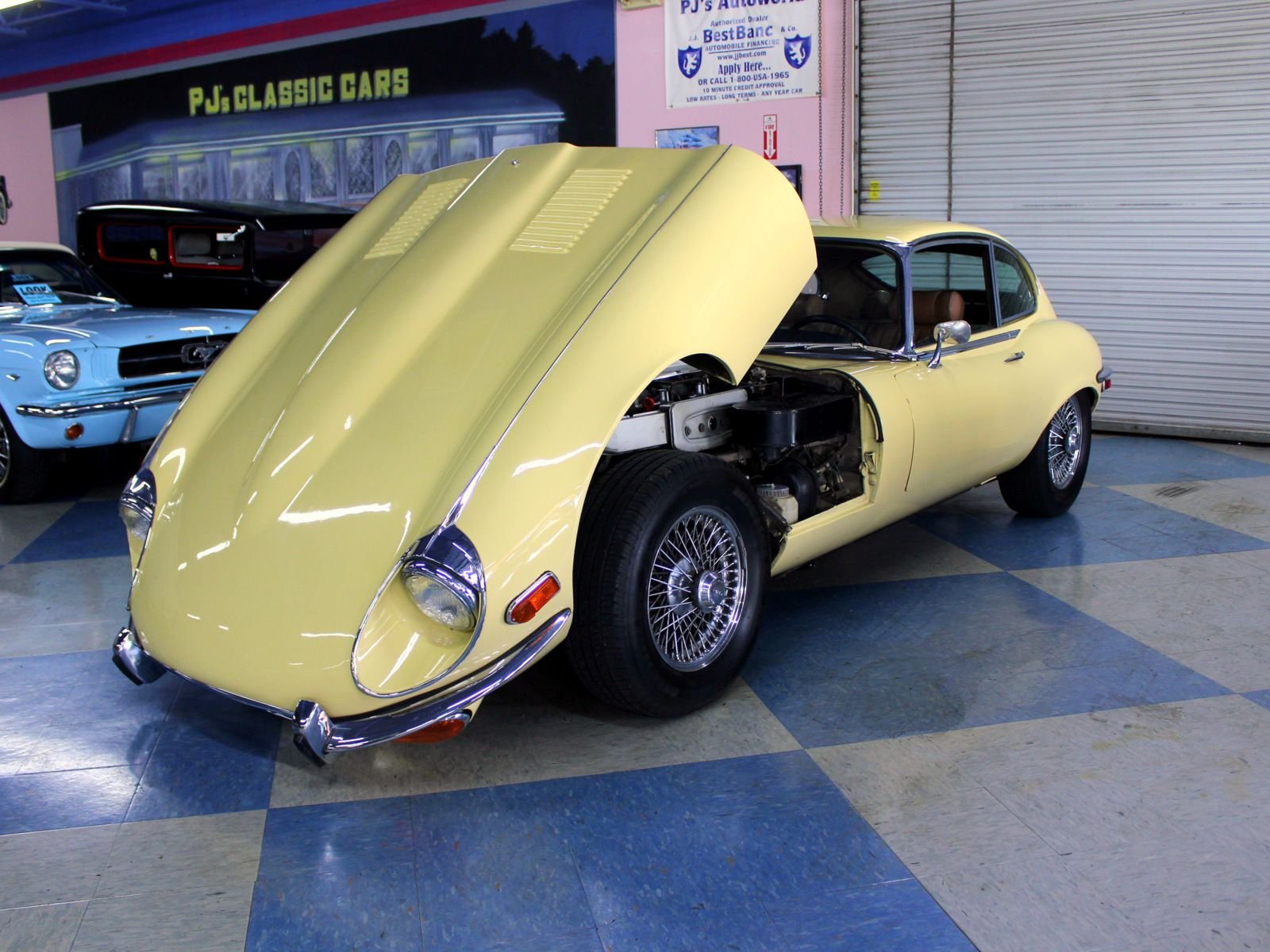 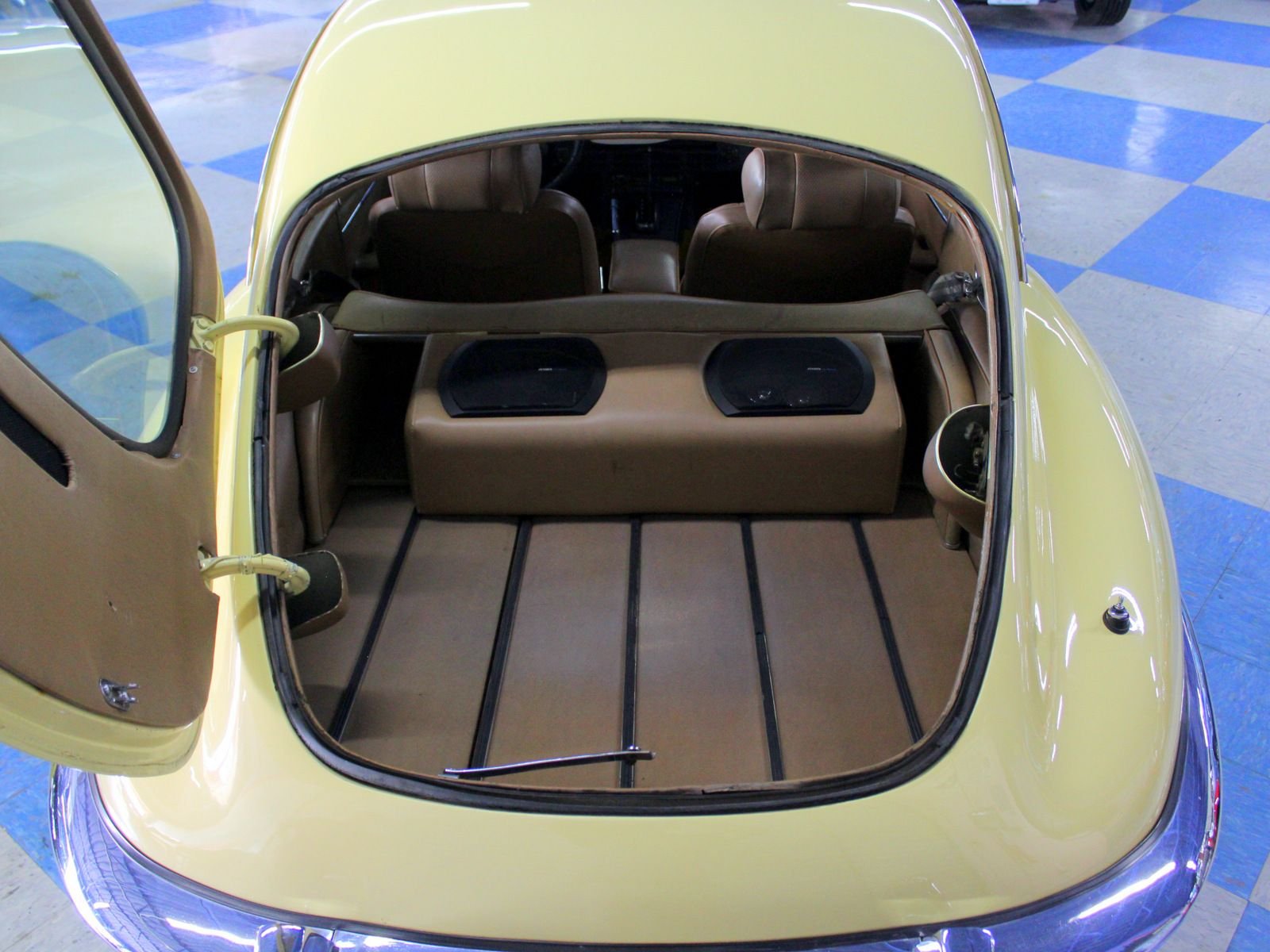 1971 Jaguar
XKE E Type Series II
$40,900 From $557 / month
1971 Jaguar E Type Series II for Sale. 2+2 Fixed Head Coupe. Previous owner had car in his possession for 41 years and during that time, the car was restored. Powered by 257.5 Cu In V12 Cylinder with 4 SU Carbs mated to a 3 speed automatic transmission. The car's factory estimated top speed was 140 mph. Equipped with power steering, 4 wheel disc brakes, and factory air conditioning. Interior features tan leather bucket seats, center console, and a Sony AM/FM cassette radio. The third "rear door" allows the driver easy access to the storage compartment. The car rolls on a set of true knock off wire wheels carrying Michelin 215/70R 15's. This Jag is a RARE collectible that is sure to capture a great deal of attention wherever it drives! A British Luxury Sports car that will provide countless hours of enjoyable cruising! Automotive History: The Jaguar E-Type, or the Jaguar XK-E for the North American market, is a British sports car that was manufactured by Jaguar Cars Ltd between 1961 and 1975. Its combination of beauty, high performance, and competitive pricing established the model as an icon of the motoring world. The E-Type's 150 mph (241 km/h) top speed, sub-7-second 0 to 60 mph (97 km/h) acceleration, monocoque construction, disc brakes, rack-and-pinion steering, and independent front and rear suspension distinguished the car and spurred industry-wide changes.[3] The E-Type was based on Jaguar's D-Type racing car, which had won the 24 Hours of Le Mans three consecutive years beginning 1955,[4] and employed what was, for the early 1960s, a novel racing design principle, with a front subframe carrying the engine, front suspension and front bodywork bolted directly to the body tub. No ladder frame chassis, as was common at the time, was needed and as such the first cars weighed only 1315kg (2900 lb).[5] On its release in March 1961[6] Enzo Ferrari called it "the most beautiful car ever made".[7] In 2004, Sports Car International magazine placed the E-Type at number one on their list of Top Sports Cars of the 1960s.[8] In March 2008, the Jaguar E-Type ranked first in The Daily Telegraph online list of the world's "100 most beautiful cars" of all time.[9] Outside automotive circles, the E-type received prominent placement in Diabolik comic series, Austin Powers films and the television series Mad Men.[10]